Rumours are surfacing about the closure of Cinémagique in March 2017. This classic of the Walt Disney Studios park has been a staple of the resort since the park’s opening in 2002. The level of praise this attraction has earned in its 15 years of operation is highly merited; and in 2003, Cinémagique was given the prestigious honour of being awarded Attraction of the Year by the Themed Entertainment Association. But last night a rumour surfaced on the Disney Central Plaza forum of it closing forever. 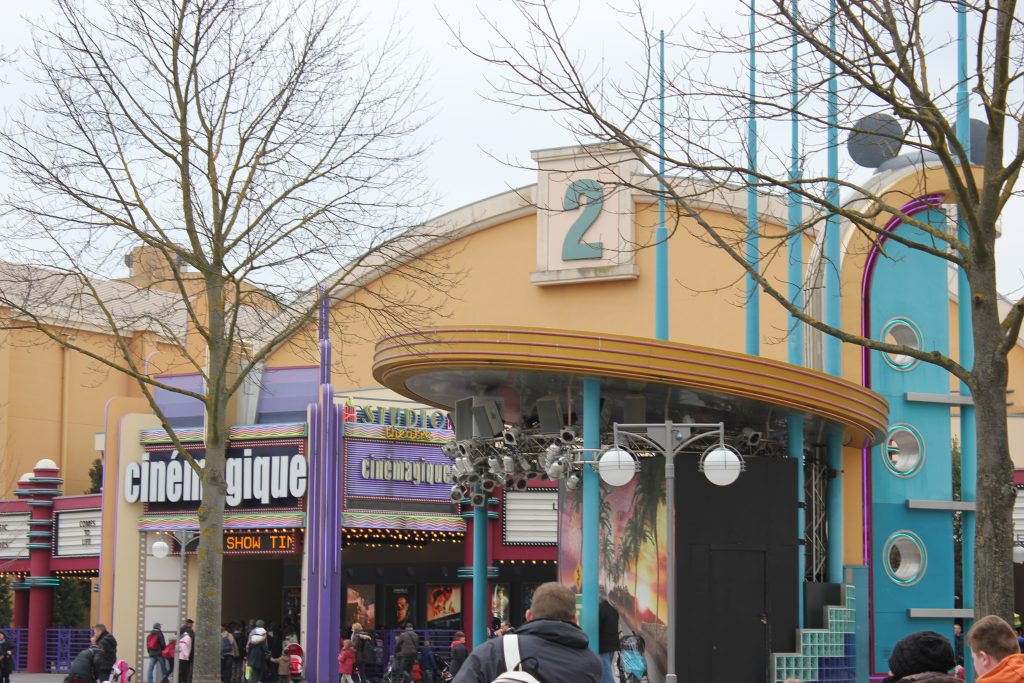 A Marvel based show has a lot of attractivity. For starters, superheroes are popular right now and a show in which heroes could potentially be swapped and changed out depending on current popularity or film release schedule is certainly worth noting. The reasoning for having a Marvel attraction is solid, but this is about the loss of Cinémagique. Cinémagique is a rarity in the theme park, and indeed film based, world. It is an attraction that manages to seamlessly blend together the world of the cinema effortlessly. Where else can one believable transition lead you from Les parapluies de Cherbourg to 20,000 leagues under the sea to Pinocchio? Nowhere, these grand classics of cinema have been brought together in a masterful way for the very first time.

The Walt Disney Studios park should be paying homage to the world of cinema in the same way that Disney’s Hollywood Studios do with The Great Movie Ride, the genius of Cinémagique is that it blends together Hollywood classics and the wonders of European cinema in a way that all guests can understand. Additionally, when thinking of the core aims of the Walt Disney Studios park, Cinémagique is perhaps the only attraction that still meets this (We can also add Art of Disney Animation and Armageddon: Les effets spéciaux to this list).

This is perhaps the big issue, Disneyland Paris have clearly made the executive decision to prioritise shows over rides. We all love to see a good show, Disneyland Paris is very much the sum of its parts. We all enjoy a little bit of everything. Since 2014 and Ratatouille: L’aventure totalement toquée de Rémy we have seen the launch of several new shows including (but not limited to): Forest of Enchantment, Mickey and the Magician and, of course, all of the Season of the Force festivities. It is simply easier and cheaper to create a high-capacity show. 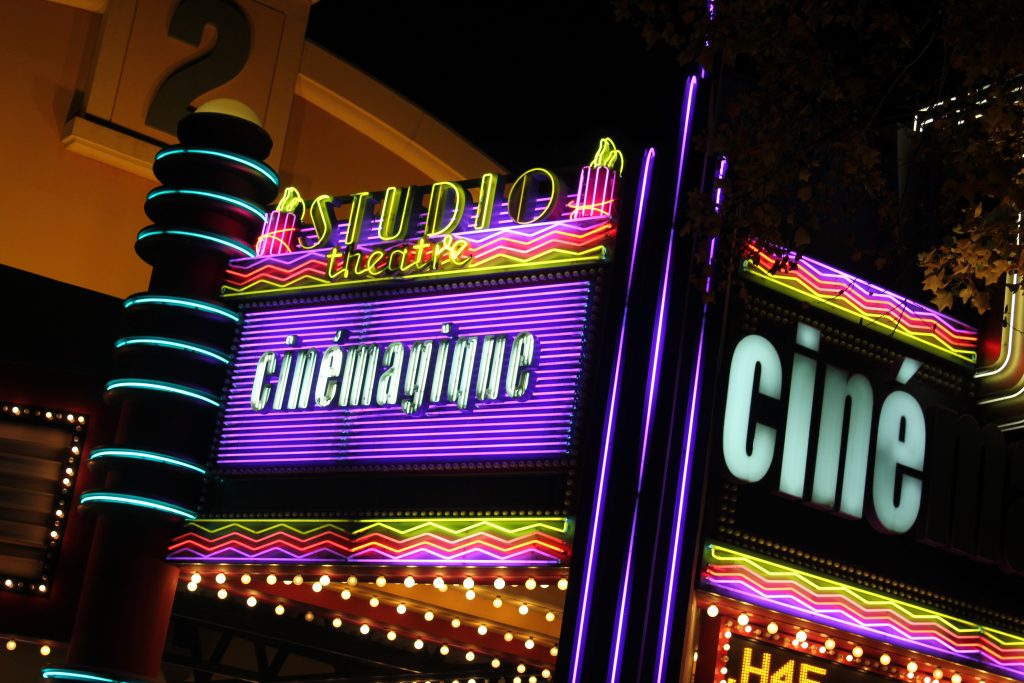 But in reality, Disneyland Paris should be starting to look at its offerings and be evaluating the new ride scenario. They have to start considering this soon, we are looking at a very real possibility of a six year gap between rides and this should be alarming. The Walt Disney Studios park should be expanding, not simply settling for its current offering (and reducing it for potentially a whole year!).

The issue of Marvel is one for another and more detailed study, however it seems logical that Marvel would get a ride over a show (or as well as a show). There is simply much more that can be done with the ride scenarios that a show, perhaps this is part of a big future development and the ride will be following very shortly.

We live in a world where Armageddon has survived longer than Cinémagique. This is not going to become a Armageddon rant, indeed this attraction also has redeeming features, but Cinémagique is a masterpiece and Armageddon is not.

Consistently lambasted by fans, Armageddon is a very one-dimensional attraction in which, essentially, guests stand in a series of rooms. You leave not having learnt more about the special effects industry, nor having taken any sort of journey. Cinémagique is an emotional journey through the history of cinema. Much like George, guests grow as the show goes on and gain a deep and mindful appreciation of ‘the seventh art’. In a world where Hollywood blockbusters dominate, this attraction very much feels like the public service that a Disney park should be doing.

In a way, we need to go back to the original aims of Disneyland, obviously part of the aim was to make money, but it was not the only thing. Disneyland is built on love and a love of nostalgia, it can also be a force for educational good. Cinémagique is and was always that.

The discussions continue much like this regularly ‘What is this was made into that’. The idea of replacing attractions is not a taboo, it happens and can happen to a wonderful result. When something is bad, we replace it and fix it. However the consistent theme at Disneyland Paris at this very moment is replace rather than grow. Why can we not grow the Studios park rather than replace something that isn’t broken. 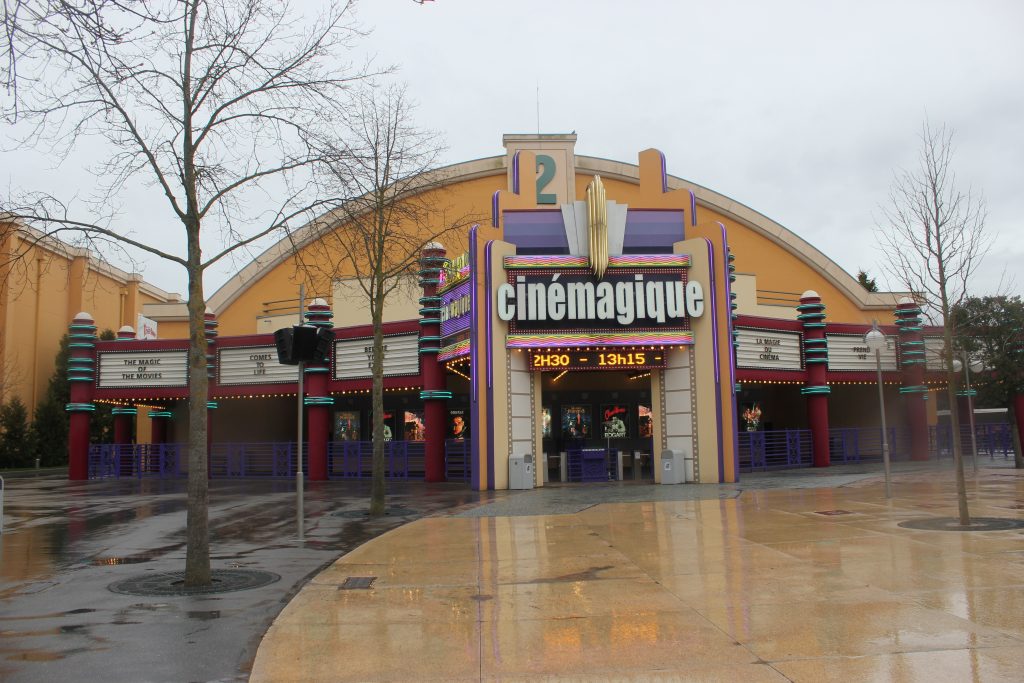 The loss of a unique, beautiful attraction

The Studios needs to grow to become an improved park. It can never do this while Backlot exists. Production Courtyard has its issues, this much is certain. However whilst Backlot exists, the Walt Disney Studios park will always be at the end of jokes. Whenever people call the Studios park good, somebody will inevitable post a photo of the plaza by Moteurs… Action and the rest of the point you were trying to make becomes a lot more difficult.

Cinémagique isn’t perfect, it is dated – you can thank your precious smartphone for that – but it has the sense of nostalgia and love of cinema that you can only get in a Disney park. Everybody that sees this beautiful and moving film grows during it, they grow a deep appreciation for cinema as an art form. With that in mind, there is perhaps no greater attraction in the Walt Disney Studios park. 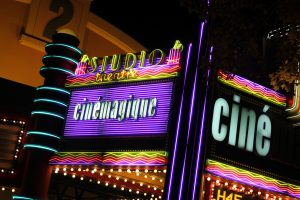 Rumours are surfacing about the closure of Cinémagique in March 2017. This classic of the Walt Disney Studios park has been a staple of the resort