The 25th Anniversary: The landmark celebration that changed everything

The Disneyland Paris 25th anniversary has come to an end. But what will be its lasting legacy on the resort? Let's take a look back at this exciting year.

The 25th anniversary saw new experiences launch across the resort, but also some refreshments to things that we both know and love. As anniversaries go, it was a successful one for Paris with the parks being busy almost every day of the year and guests seemingly enjoying the festivities. Let’s take a whirlwind tour around the various elements of the 25th anniversary and see how they have impacted Disneyland Paris.

Starting with what is arguably one of the biggest processes of renewal ever undertaken at a Disney park, Project Sparkle recognised that all was not perfect in the resort and that serious work was needed to bring the park up to the Disney quality that guests expect. Yes there was, and still is, some short term pain; the year long closures of Big Thunder Mountain, Star Tours and Phantom Manor have indeed been felt, but this is all for the long term good. Each attraction that has been significantly refurbished has returned in pristine condition and have truly breathed new life into what were already firm favourites. 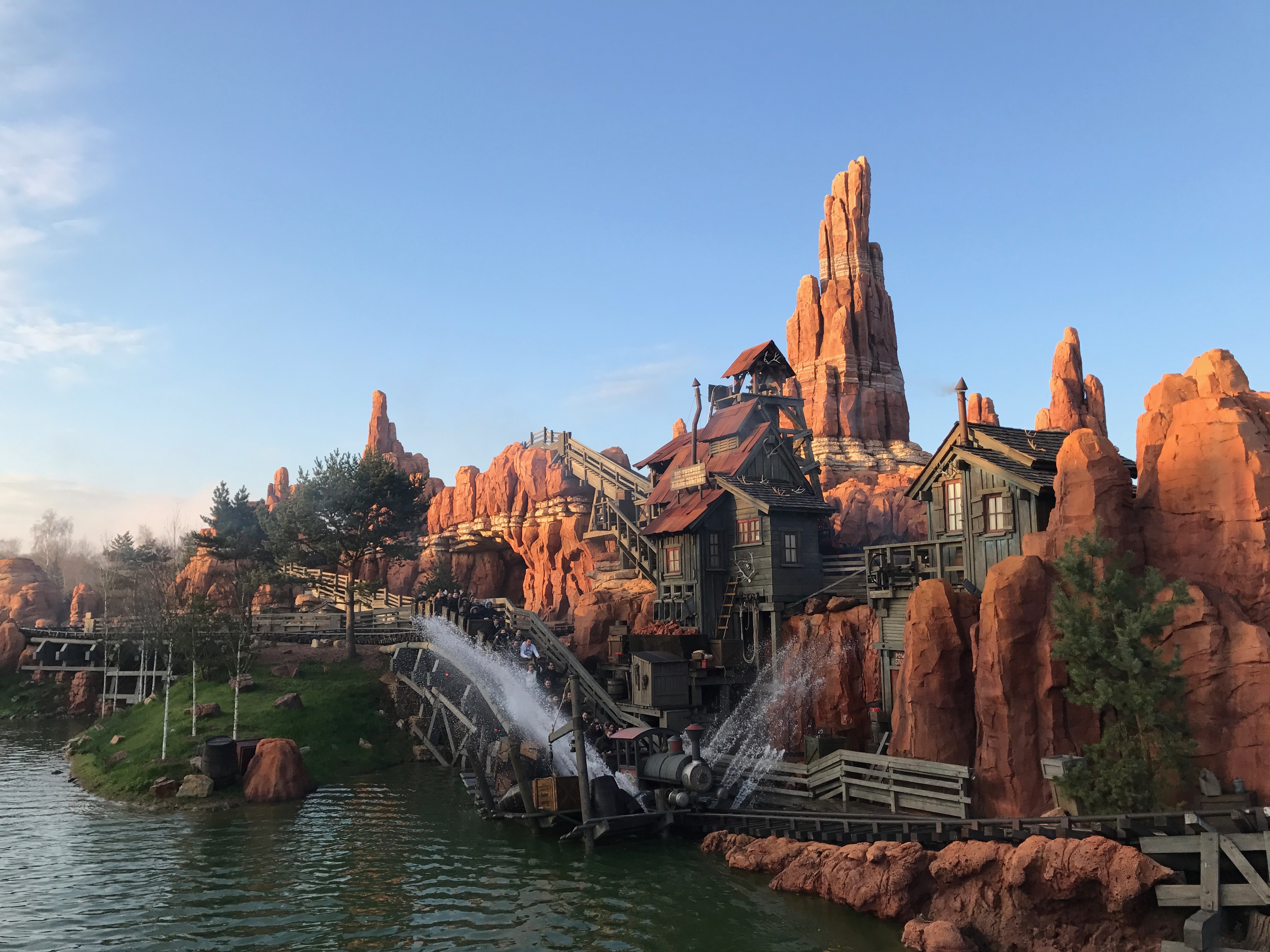 Whilst there has been issues, Big Thunder Mountain has especially suffered, each attraction has returned looking and feeling much, much fresher. Regular upkeep is, of course, needed here. The issues of neglect will not go away unless regular maintenance is carried out. Fortunately, we are now in an age where Disneyland Paris management know, understand, and are indeed passionate about the high quality and standards and so I am extremely confident that we will not go back to previous bad habits.

In 2019, Phantom Manor will reopen and from the very little that we currently know about this refurbishment it is sounding to be another success story.

It is not just attractions that have had a refresh, all across Disneyland Paris we are seeing effort being put into almost everything. New flooring has been laid in Fantasia Gardens, new toilets have been fitted across the resort, hotel refurbishment have been highly successful and food quality is on the up.

There’s a little way to go as of yet. But Disneyland Paris also recognise that the job is not done. We’re very much on a journey, and that is rather exciting.

Approaching this new nighttime spectacular as a regular visitor may well change the ‘review’. Back in April 2017, I described Disney Illuminations as ‘good but not great’. I am still of this opinion, it’s a good show for those who do not know any better. The problem is that this show follows hot on the heels of Disney Dreams!, and unfortunately it is simply not as good. Dreams! had a lot of heart in it, the show pulled at emotional heartstrings like none other. Illuminations simply doesn’t. The show is indeed spectacular and visually impressive, but is it something I watch on each visit? Well, no. It has become a show that I do not mind skipping and a show that I’m quite happy to take in one final attraction and walk back to my hotel whilst the crowds are distracted. 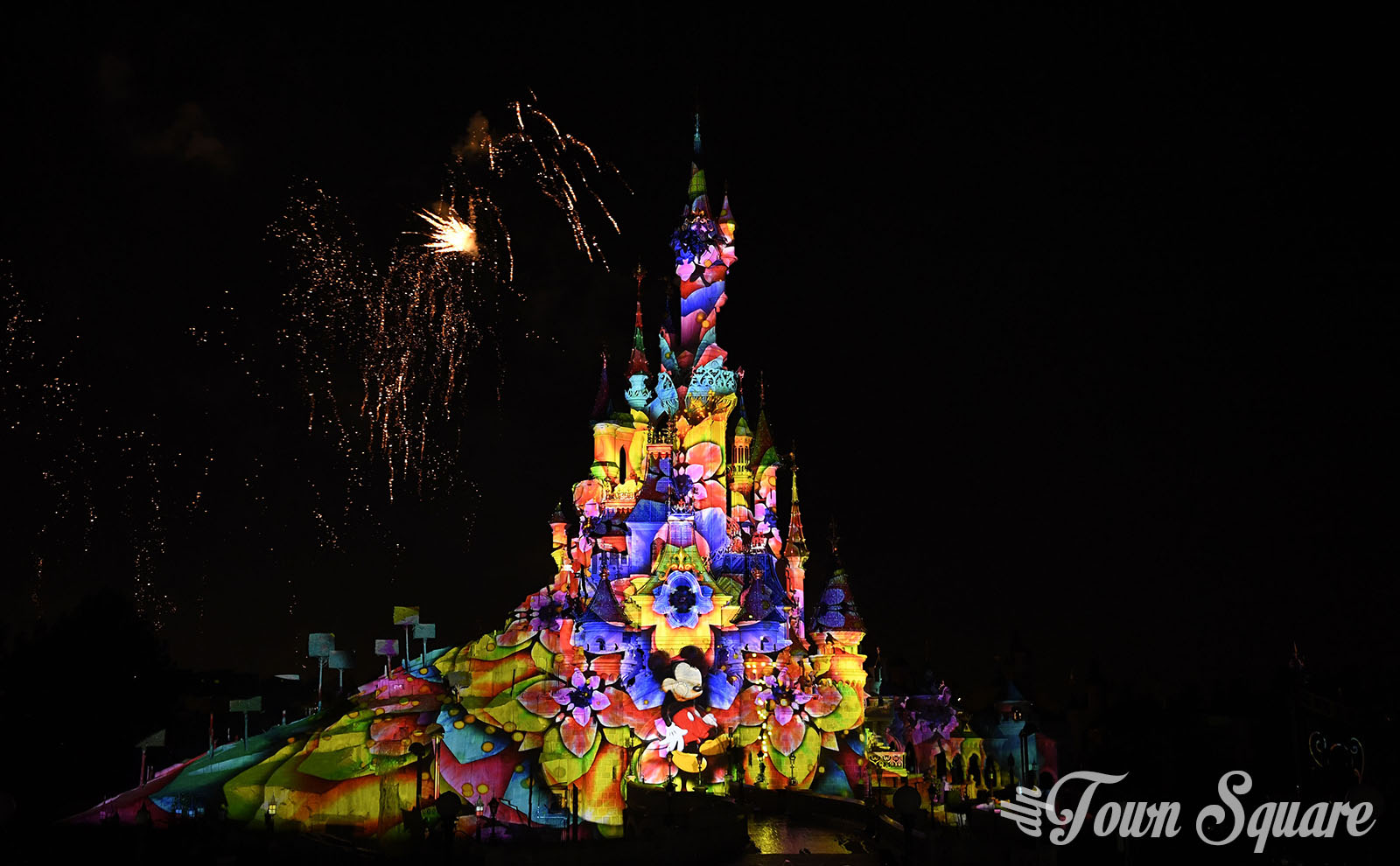 There lies the problem, if it does not hold my attention then there must be something wrong with the show. Dreams! was a show that I watched countless times and never got bored.

Disney Illuminations will be staying for long after the 25th anniversary and so guests will be able to enjoy the nighttime spectacular for some time to come yet. If you don’t visit often, I can imagine that you absolutely love this show – and it is perfectly fine to do so – but I cannot love it the same way I have loved other nighttime shows in Disneyland Paris.

In March 2016 Star Tours closed for a year long refurbishment; it reopened in March 2017 as Star Tours: l’aventure continue. Was the refurbishment worth it and is the upgrade good? Yes, and yes.

Star Tours was always a fan favourite attraction in Disneyland Paris, but with only one destination, and so having the same experience each and every time, restricted its repeat value. Star Tours: l’aventure continue answered any concerns that we may have had. The attraction now has a ton of repeat value and is one of the most exciting attractions in the resort. Queue times have jumped from 5 minutes to 30+ minutes and each time that I now board the Starspeeder, I find myself sitting there high in anticipation and excitement as to where I could be going on this voyage.

In November 2017, Disneyland Paris updated the attraction to include a new scene from Star Wars: The Last Jedi as well as having the opportunity to take the attraction in English (as opposed to only being able to do it in French). This went to prove that Paris will be keeping up with its American counterparts and will be continuing to update the attraction regularly with new experiences. This is undoubtedly a highlight of the anniversary and its legacy.

Disney Stars on Parade is still an outstanding parade with a brilliant soundtrack. When I think of this parade, my entire perception lies on two floats: the opening float which features a steampunk Mickey and Minnie, but also the wonderful and breathtaking Maleficent dragon float.

Its really difficult to compare this particular parade to the previous Disney Magic on Parade, they are very different beasts with this one being much more ‘spectacular’ but with less opportunities for parade performers to go off-piste and interact with guests. I have never been a person to watch the parade each and every day, I’ll try to do it once per trip but I’ll not worry if I happen to miss it. This parade falls nicely into my way of enjoying this piece of entertainment, I like watching it but I don’t go crazy for it. If I’m in the right place at the right time, I will not miss it but otherwise I’ll continue to do whatever it is I am doing. 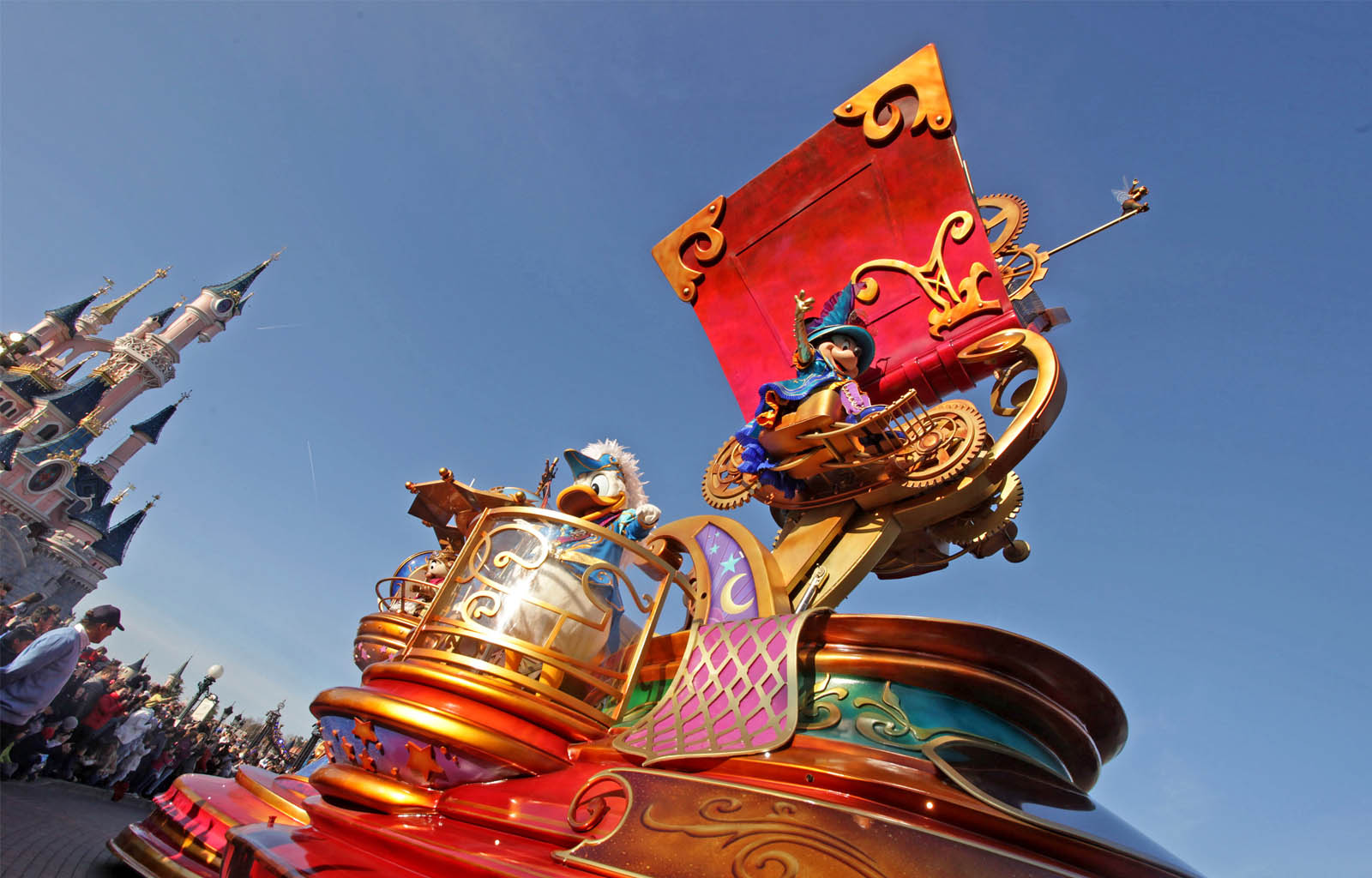 This parade, again, will be staying for many more years yet, this is only a good thing. We have more time to enjoy these amazingly detailed floats and enjoy one of the best Disneyland Paris parade soundtracks to date.

Happy Anniversary Disneyland Paris is one of those shows that pleases both my character side and park fan side. I really have enjoyed hearing each land come to life and being matched with various characters. This is the kind of intensity of show that fits that particular stage, not too long but packed with a lot of different elements. This is a show that will be sorely missed. 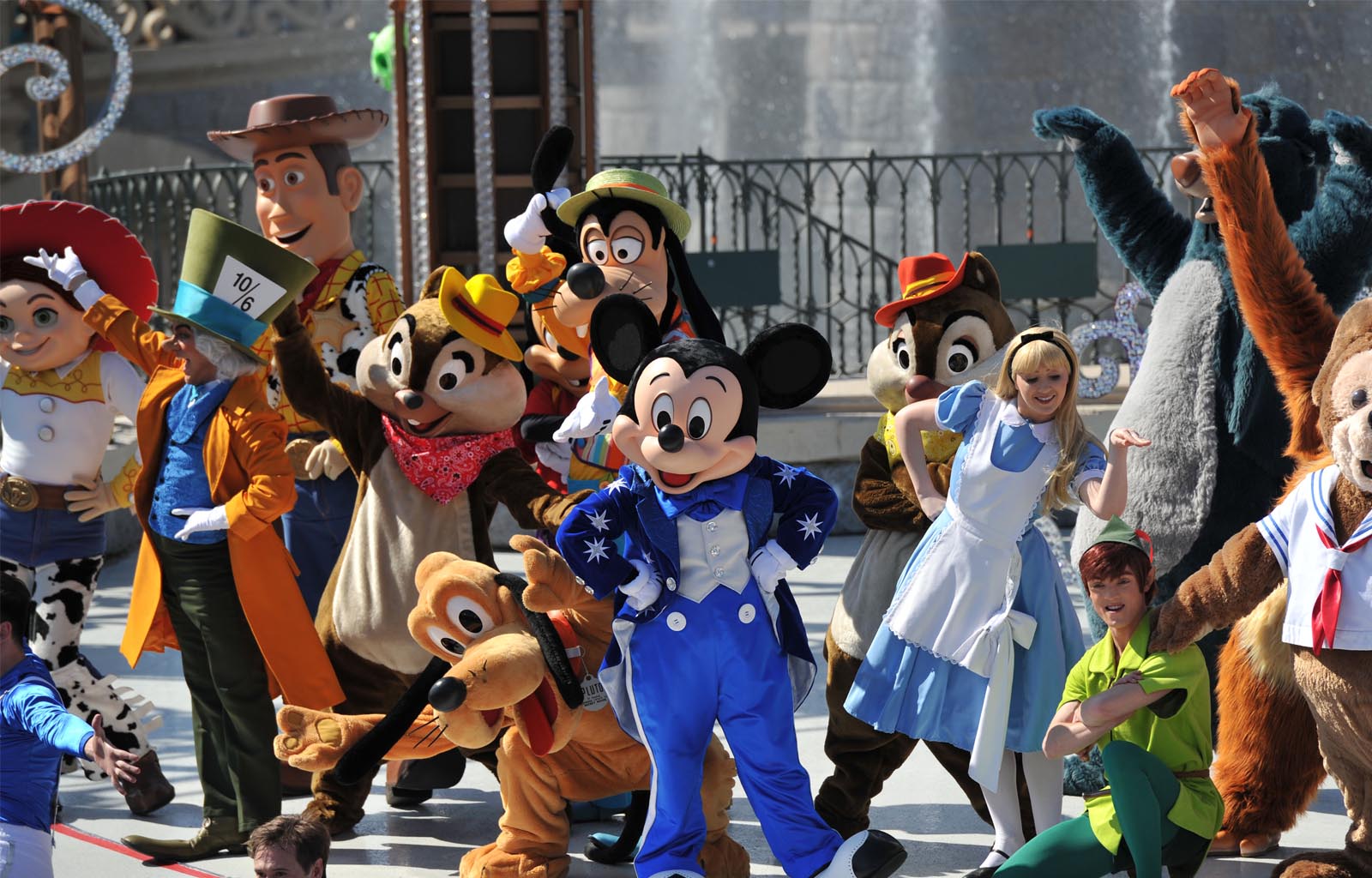 The Starlit Princess Waltz was a show that I described last April as being the best princess show that we have seen in Disneyland Paris by quite some margin. Now, I would revise that statement as the Festival of Pirates and Princesses was something quite special. Nevertheless, the show remains something quite beautiful and enjoyable. The music is extremely enjoyable and the reveal of Aurora and Phillip makes a nice refreshing change to endless swirling. Again, this is a show that I feel will be missed – although I really do not think it will be long before we have another princess show gracing this particular stage.

The pinnacle of the 25th anniversary – and indeed one of the highlights of the park’s 25 years – was the Grand Celebration day on the 12th April 2017. Never before have we seen such a magical day with so many characters and unforgettable moments. The day will live long in the memory of people who were there, and the thousands of others who have watched the live stream.

Whilst it’s very unlikely we’ll see a celebration this large until the 50th anniversary, this particular day was a testament of the excellence of the Disneyland Paris entertainment teams and was a celebration fitting of the resort’s 25 glorious years.

What is perhaps more bizarre are the anniversary decorations. I liked most of them last April (the big exception being the Town Square gazebo decoration), but throughout the year various elements have disappeared or not been regularly cleaned. The end of the anniversary now feels like a long time coming with the faded decorations. They looked understated and classy back in March 2017, but now it feels about time they sparkled away. 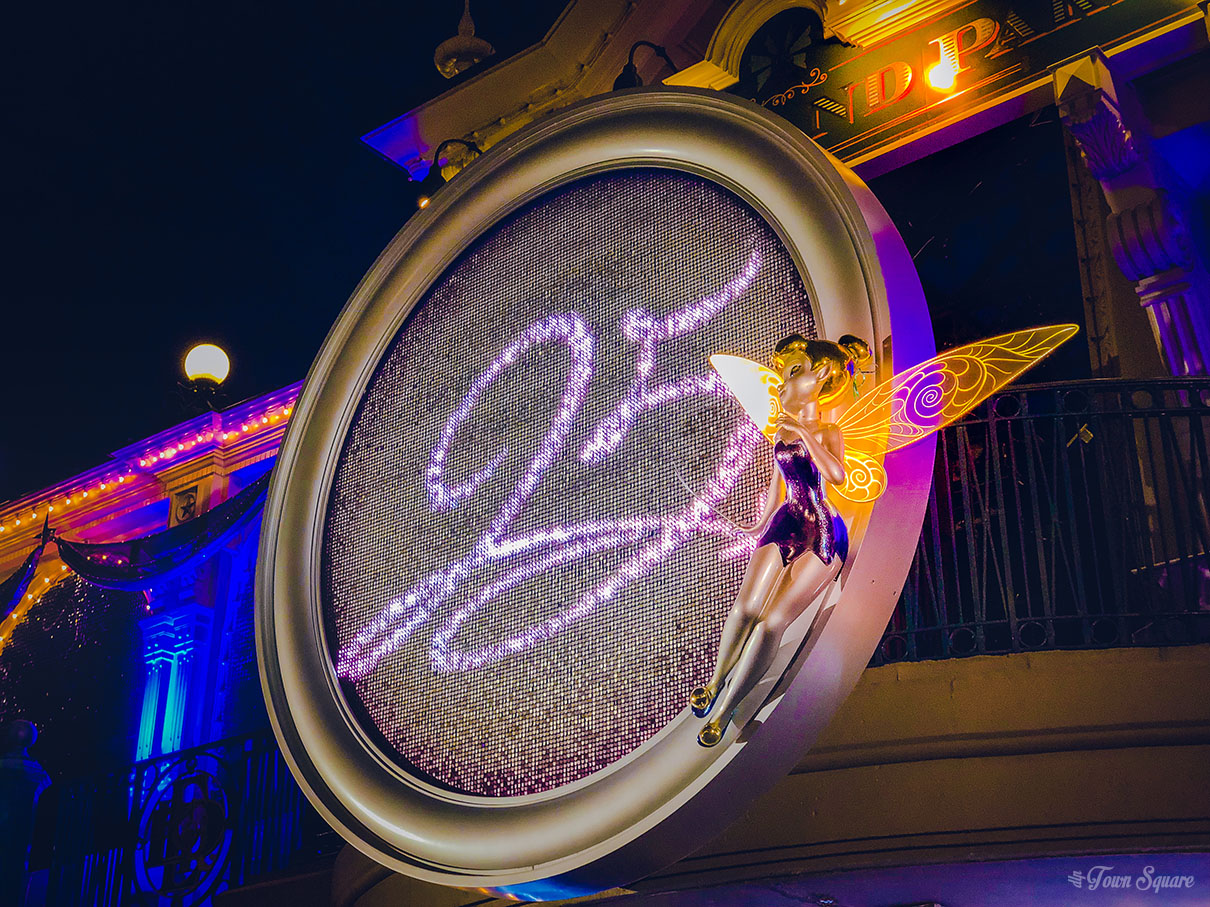 Having said that, for future celebrations, the 25th anniversary could be admired as a way to both celebrate something but also keep it classy and allow the park to show off its natural beauty.

The legacy of the 25th Anniversary and looking forward

The 25th anniversary is a large leap forward for Disneyland Paris. During the course of the past year a lot has been achieved. New shows and seasons have been warmly received, the park has received a large scale investment and new owners. It certainly seems like Disneyland Paris has grown confidence in itself as a destination for everybody. As the 25s have been removed from the resort, we can look back at this celebration with fondness and a real marker that this is the moment where everything changed.

How exciting the future will be! 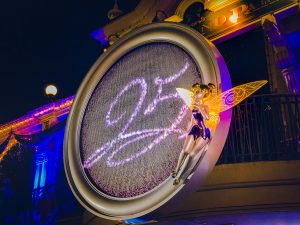 The 25th Anniversary: The landmark celebration that changed everything

The Disneyland Paris 25th anniversary has come to an end. But what will be its lasting legacy on the resort? Let’s take a look back at this exciting year.