I have often found myself encountering a lot of fantastic Cast Members, it is often the case that fantastic acts of kindness and displays of the ‘true Disney spirit’ can go unnoticed when complaints get a lot of attention. When I visit Disneyland Paris, I always make sure to thank the Cast Members, and when I can to leave a thank you note to the ones that catch my attention especially (and if I don’t have time in City Hall, I make sure I send a little email).

However, on my most recent visit to Disneyland Paris (February 5th – 9th 2018), I have seen the absolute best of the Disneyland Paris Cast Members, and quite honestly there were just too many to leave a compliment for in City Hall and I have no idea who many of them even are. 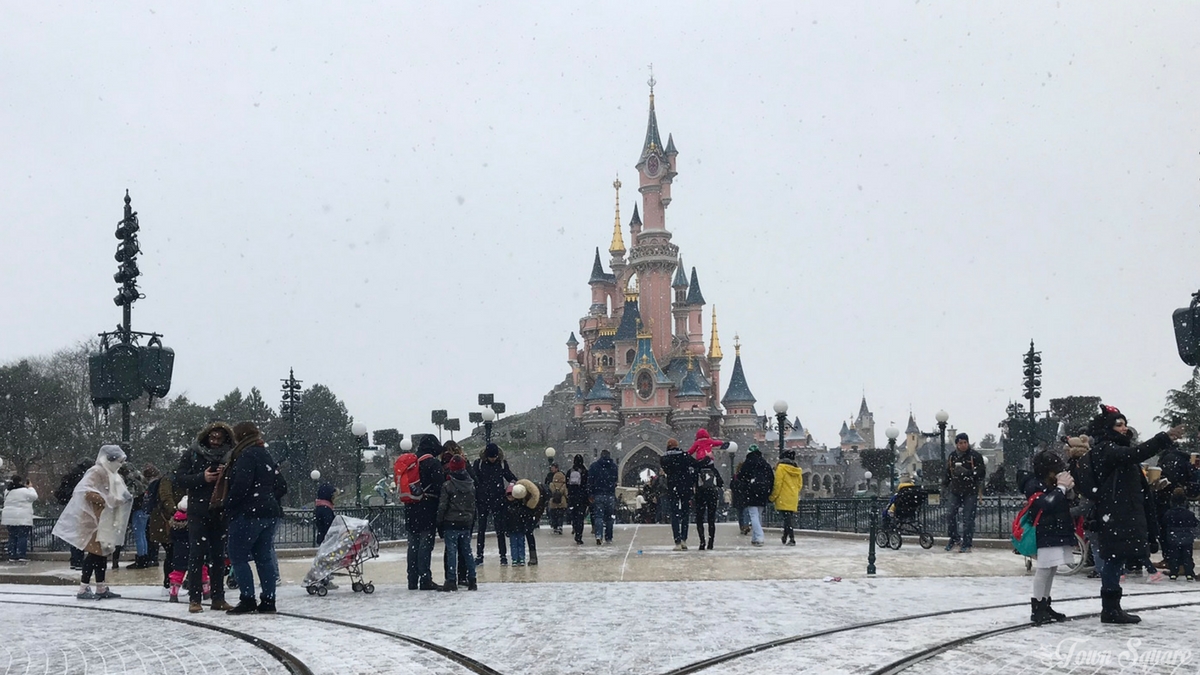 Difficult conditions bring out the BEST in people

During my visit, I encountered a large snow storm, the like of which I’ve not seen in many years. This lead to snow and icy conditions across the resort and surrounding area. This meant that pavements were completely covered, attractions clogged up with snow and many areas were considered too dangerous for guests to access and so were cut off.

I witnessed feats of amazing team work by the custodial team who, twice, or perhaps even more, cleared the entire parade route in an afternoon in order to get any parade out following a day where the falling snow caused its cancellations. The conditions were not helped by snow continuing to fall whilst they were clearing meaning they had to re-clear parts of the route. Of course, I am very aware that it was not just the custodial teams clearing paths, I saw Cast Members from many teams working tirelessly to clear pathways so that we could once again access many areas of the park.

To any Cast Member who picked up a shovel, a rake, a plough, a gritting machine, THANK YOU! 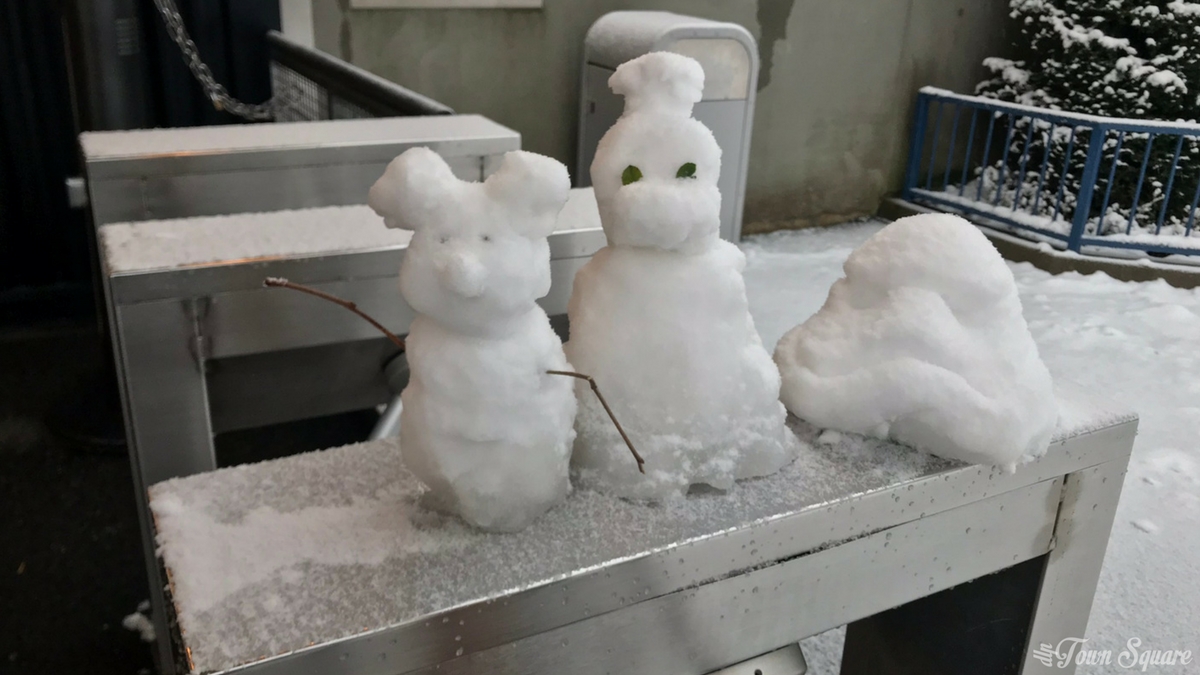 A special shout out to the Night Teams!

Perhaps a team we do not often think about, but do vital work across the resort once we have all fallen asleep are those who work overnight. Leaving the park in a snowy wonderland and walking in the next day to find attractions open that were not accessible the day before; finding clear walkways that meant we were able to avoid walking over the ice, that’s all down to you. In fact, in many respects the operation of the park at all was made possible thanks to those who work overnight.

You are the unseen heroes of Disneyland Paris who turn up year-round to ensure we all have a wonderful visit, THANK YOU!

A park that kept on entertaining!

I have often said that Disneyland Paris is, for me, the whole package. I love doing the attractions, I love taking in the details, I also love shows, parades and characters. I know that when cancellations of these entertainment options happen, the decision is only ever taken after all other solutions have been taken off the table and are very much taken with a heavy heart.

However, those characters that did meet guests over the course of the week made extra special care to give guests a memorable experience and all characters and attendants were in super-high spirits and brought the fun to each and every encounter. Many of these moments were made possible by fantastic Cast Members we often take for granted, THANK YOU! 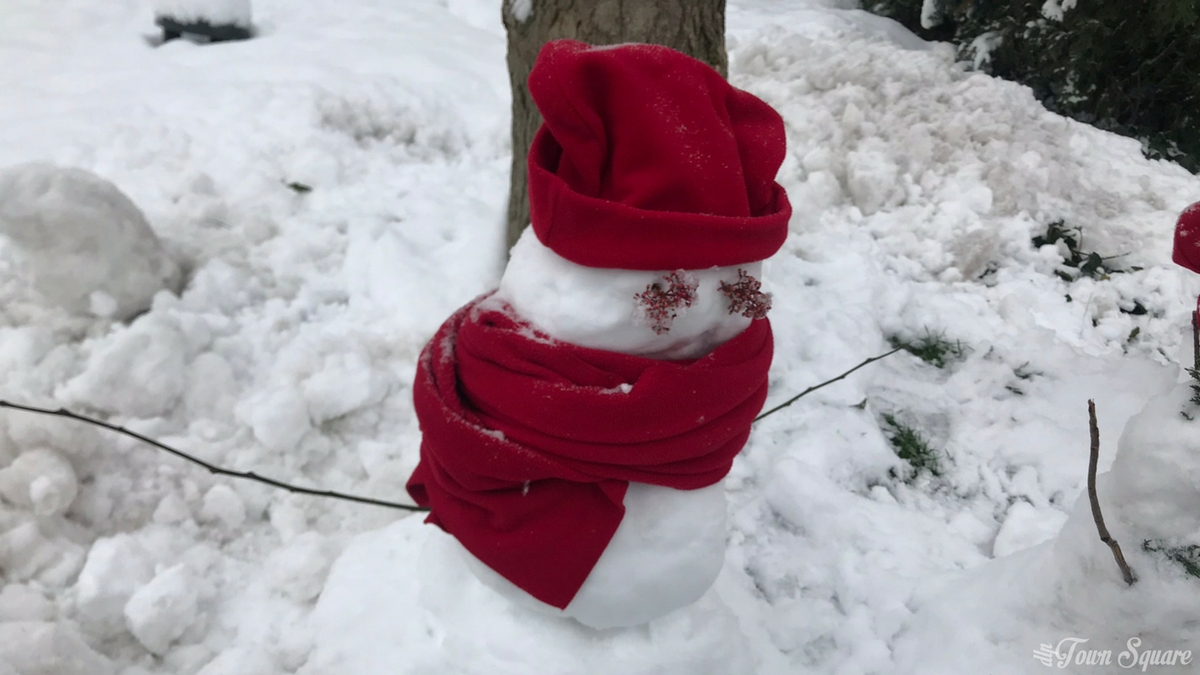 It’s funny isn’t it? How easy it is to make somebody smile? Many of the Disneyland Paris Cast Members do this daily in ways we will never know. During this particular wintery episode, many Cast Members did the simple act of building a snow man. These snow men appeared across the resort and really did make a lot of guests very happy. These simple gests happen often at Disneyland Paris but often go unappreciated by the masses. To all Cast Members, THANK YOU.

If anybody does know any Cast Members, please do pass on this little message! 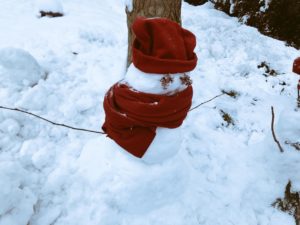