Aurora takes centre stage in this beautiful princess pageant The Starlit Princess Waltz. Too often the princess shows in Disneyland Paris have involved nothing more than twirling to generic music, this show seeks to change that perception and produce something more. But has it been a success?

Yes and no. This show is more than the normal princess show, but it still consists of primarily twirling and dancing. Having said that, it is much more enjoyable than previous shows of the same type at Disneyland Paris. Whilst the show does leave guests satisfied, you do wonder if Disneyland Paris can do more with the princesses. 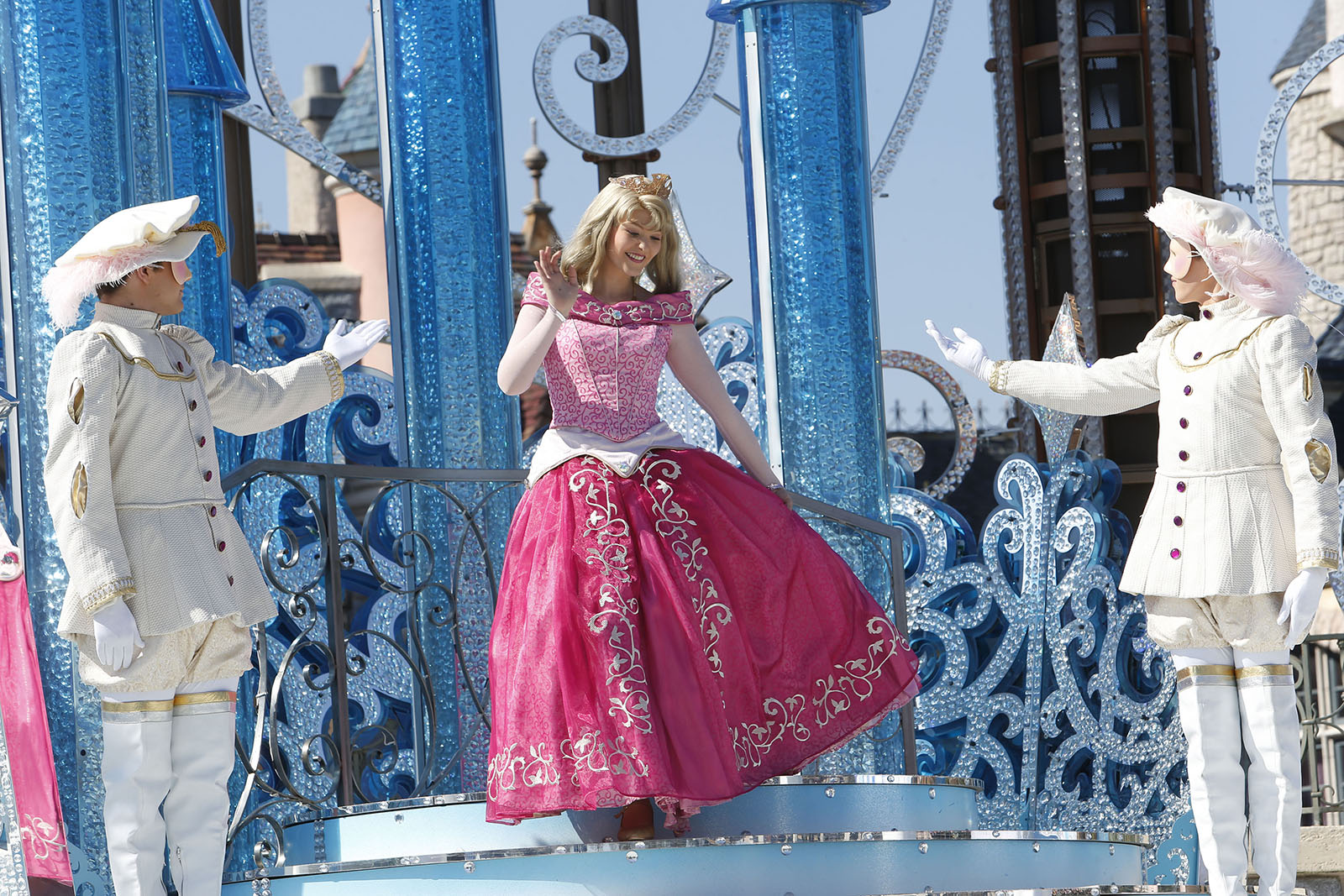 The basic plot of the show is that Aurora is inviting guests to join her for as her royal guests. Rosie and Louis are our master of ceremony for this show and Louis clearly hasn’t read his fairy tales as when each princess arrives on stage, he announces the “wrong one”. It’s kind of cute, kind of funny and allows princesses to dance with masks and fans. It’s a fun moment that, whilst it has a plot, is rather flimsy but looks good and is entertaining. It is when the show moves into its second half that it really becomes excellent. The dancing is skilful and is much more than twirling and once the princes arrive the lift between Aurora and Philip is a spectacular moment.

As plots go, there is very little here as in many of the princess shows at Disneyland Paris. It would be great to see a princess show that has a longer running time and a real storyline. Having said that, it is enough to leave you fulfilled. 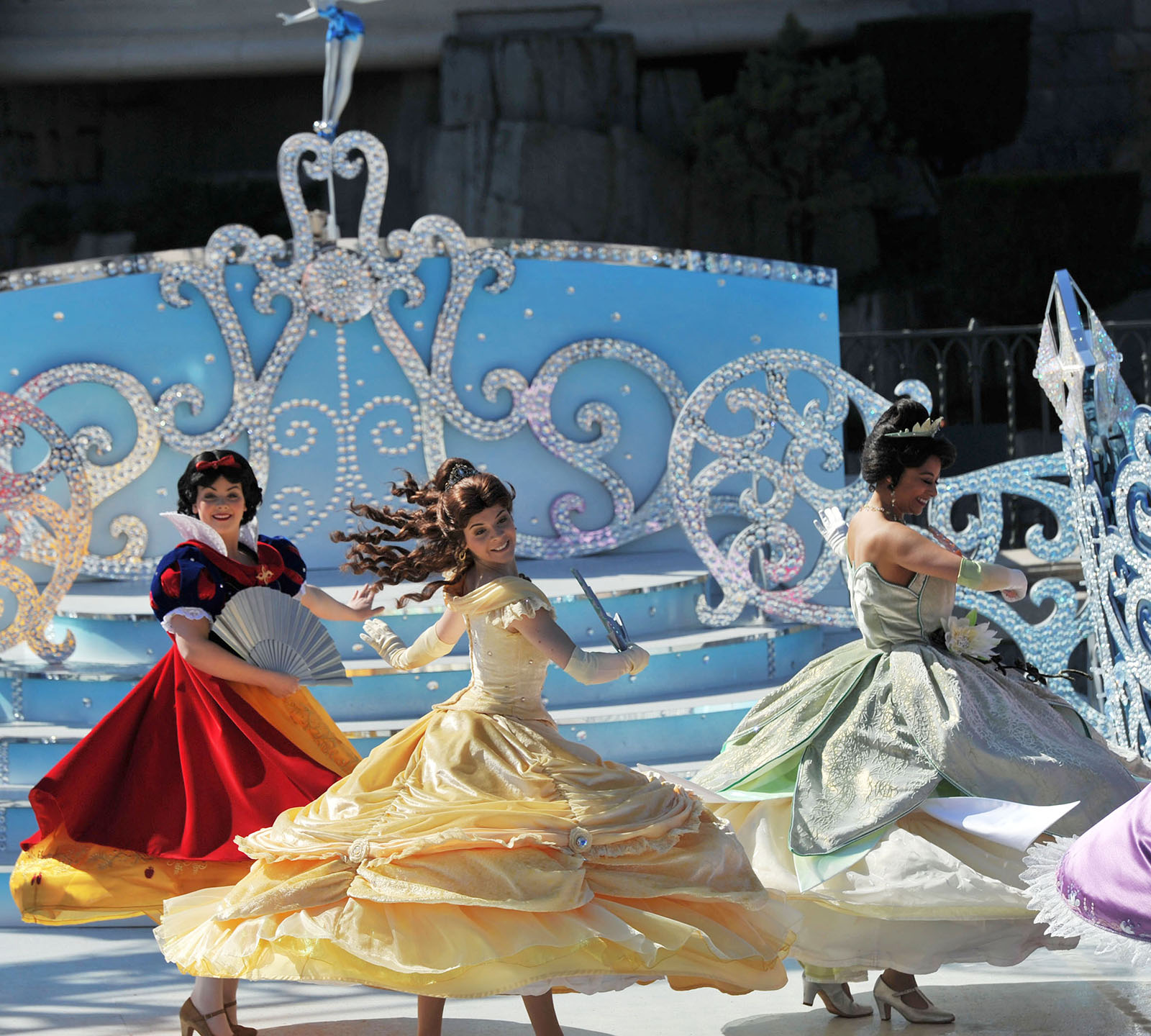 The staging of the show is spectacular. The new stage, especially designed for this show, looks phenomenal and works well for this very show. The choreography breaks some new ground for princess shows in Paris which is nice as the fear of the show being too same-y has not materialised.

Music is a big part of this show, it doesn’t take any particular princess song and plays it as a dance track. This is all original, all new and actually rather good. The style of the music changes to reflect each princess’s music style – for instance the Rapunzel introduction has the air of At last I see the Light about it. It all works very well and ensures the music is fluid.

The second song is a more general piece that has a very clear and powerful message, that all girls are princesses, it’s the core message of the show and this song is a powerful way to power this message home. 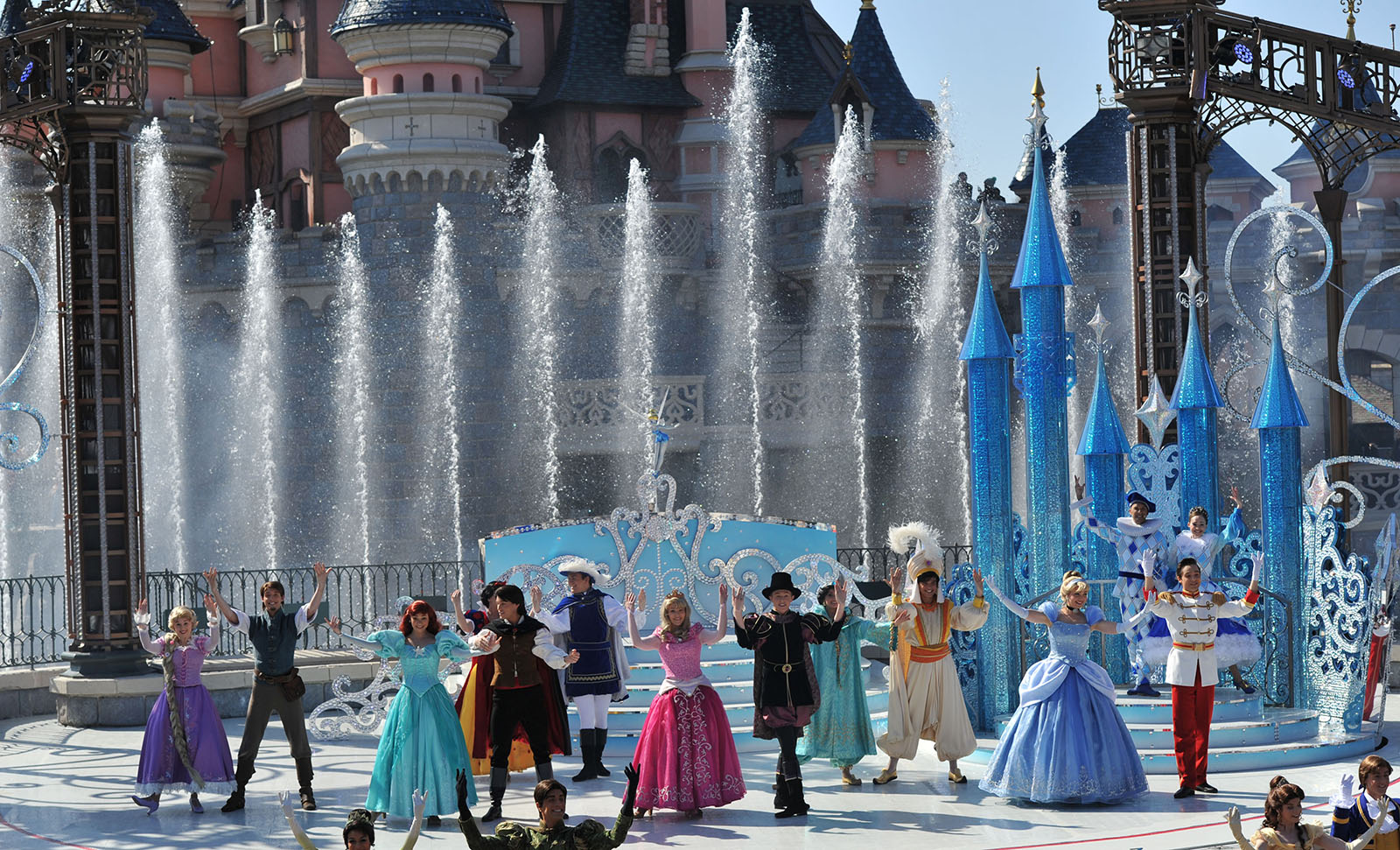 A nice twist on the Princess show

Princess shows are formulaic in Disneyland Paris, and this show doesn’t break the usual formula, however it is longer than prior princess shows and uses the stage effectively. The choreography is more complex than prior shows and that really does boost the enjoyability factor.

This is a nice show that is short enough to not eat up too much time into your day but has that wow factor. Next time though, it would be nice to see something very different with more plot.