Anaheim, Orlando, Tokyo, Shanghai, Hong Kong; the Disney resorts around the world (excluding Paris), but also all the Disney resorts that have large scale construction projects announced. It’s a time of rapid expansion at Disney parks and resorts worldwide, but the glaring omission from this list is Paris. That could be down to the fact that Paris typically announces its new developments exceptionally late in the day (don’t forget that Ratatouillle: L’Aventure totalement toquée de Rémy was only announced in January 2014, for a June opening after years of fans tracking the development of the construction of the attraction), but also perhaps that Disneyland Paris do not have any major plans green-lit.

A brief history of new attractions

Disneyland Paris has grown rapidly since opening, that much is certain and eventually the rapid growth had to slow. In 1993, just one year following park opening, Disneyland Paris opened Indiana Jones et le temple du péril. Major attractions since then include Space Mountain: de la terre à la lune in 1995; Honey I Shrunk the Audience in 1999; the Walt Disney Studios park in 2002; Buzz Lightyear Lazer Blast in 2006; Toon Studio and The Twilight Zone Tower of Terror in 2007; Toy Story Playland in 2010 and of course Ratatouille in 2014. The time gaps in opening are rarely more than 4 years. The gap between Ratatouille and anything is currently sitting on 3 years and it’s likely to be a few more before we get anything. 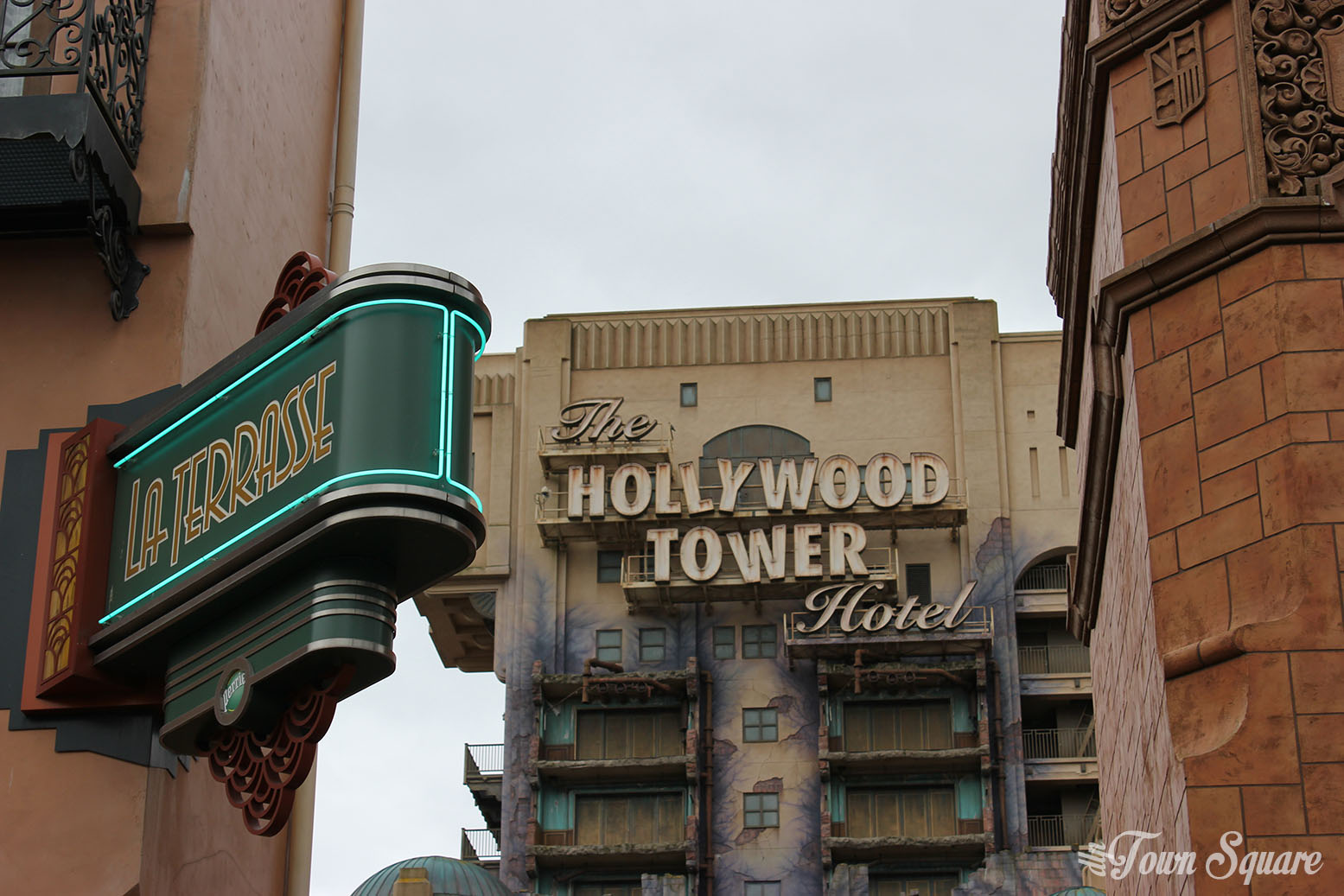 Does seasonal entertainment fill the void?

Disneyland Paris has been launching new seasonal entertainment as a way to attract new guests, and this really does work. For many parks, this long without a new ride (attraction) would see the park stagnating and begin to feel tired; Disneyland Paris has avoided this problem by creating unique seasonal entertainment and this does stand out on its own for being good quality and getting key franchises into the parks (such as during the Frozen Summer Fun celebrations in 2015 and 2016). Additionally new shows such as Mickey and the Magician have emerged which do delight guests. But a lack of new attraction does seem to be becoming increasingly apparent. 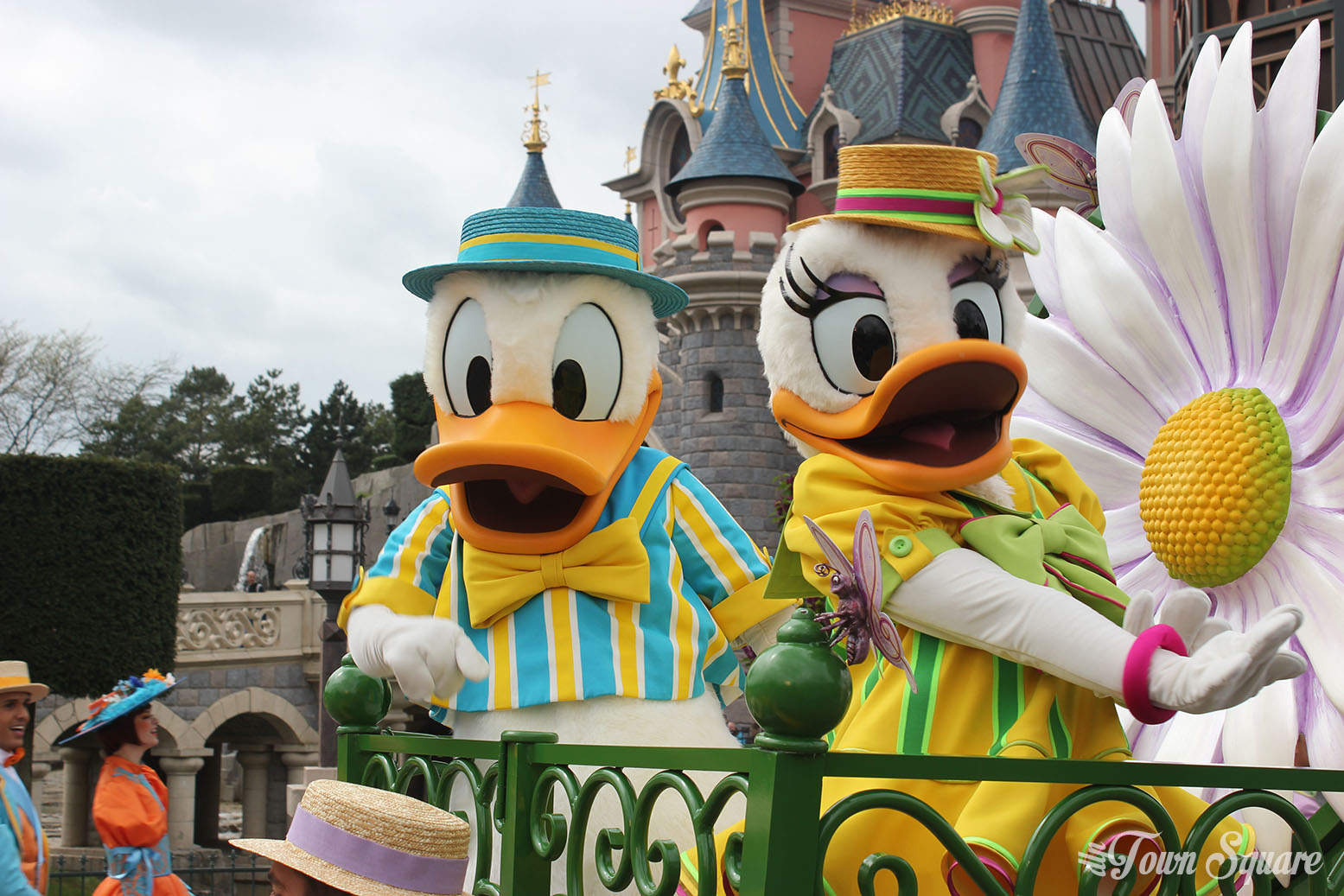 What we have seen are new attractions being marketed such as Star Tours: L’Aventure Continue, and whilst these are new attractions, they also are not. The core of Star Tours and Hyperspace Mountain remain the same regardless of ‘wow factor’ when riding them and rediscovering them as if it were the first time. The issue is that these are ‘reimagined’ attractions as opposed to something new, at its base you know exactly what to expect. Unlike that feeling when you, as a guest, step into a new land or new attraction with the anticipation and expectation that comes with it. These types of feelings are perhaps some of the most special for a fan of an amusement park (any amusement park, this particular feeling is not exclusive to Disney Parks). 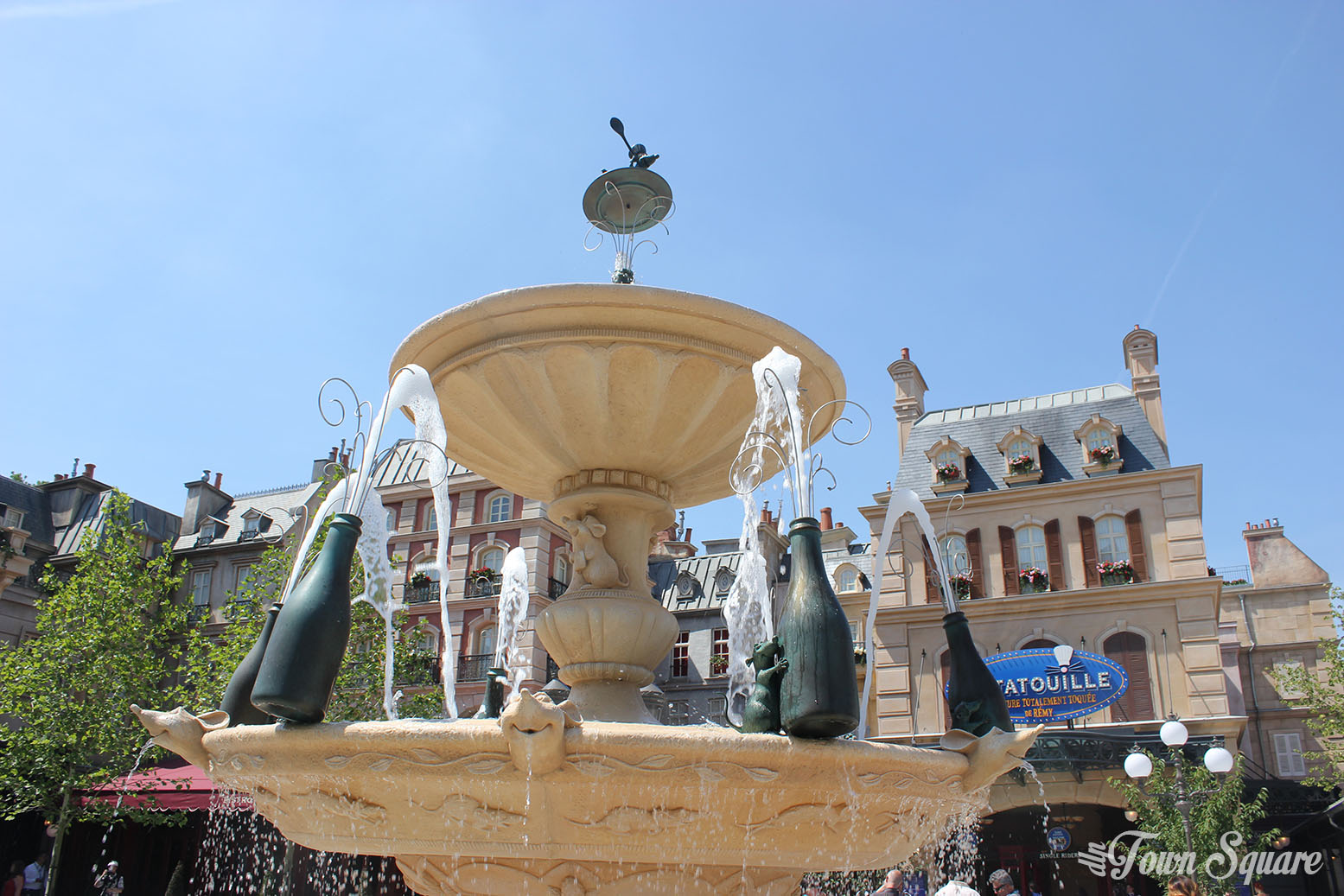 When can we expect a new attraction in Disneyland Paris, and what would it be?

Usually for a new attraction construction would begin at least two years in advance, so even if construction started tomorrow we would be looking at 2019. It’s unlikely that Disneyland Paris would be able to green-light the necessary funds for a while and this is OK. We’ve had a large scale project to update many of the classic Disneyland Paris attractions which is very admirable and vital for the future success of our Parisian resort. However, a growth will be needed in the coming years; it is perhaps unrealistic to expect this to happen prior to the 30th anniversary. It’s most realistic to expect this expansion to be Marvel-focused but many successful Disney properties would also be ideal such as Frozen.

Disneyland Paris is going through a period of transformation and it is unlikely that this new attraction would be arriving in the near future. Whilst this is disheartening to many fans – myself included – growth will be expected in the future and when that does happen we can start clammering over construction photographs and imagineering concept arts and blueprints once again.

On March 16th 2017, the Walt Disney Studios Park will turn 15 years old. The park opened in 2002 with much fanfare and hype after having being planned even before the opening of Disneyland Park. The reality, however, was a barebones park with very little in the way of attractions and a very basic opening roster. Today we may associate the park with the overpowering images of the Hollywood Tower Hotel, but its easy to forget that this attraction did not actually exist in 2002. In fact, when exiting Studio 1 you were immediately faced with Studio Tram Tour and very little else. But is the park actually any good? 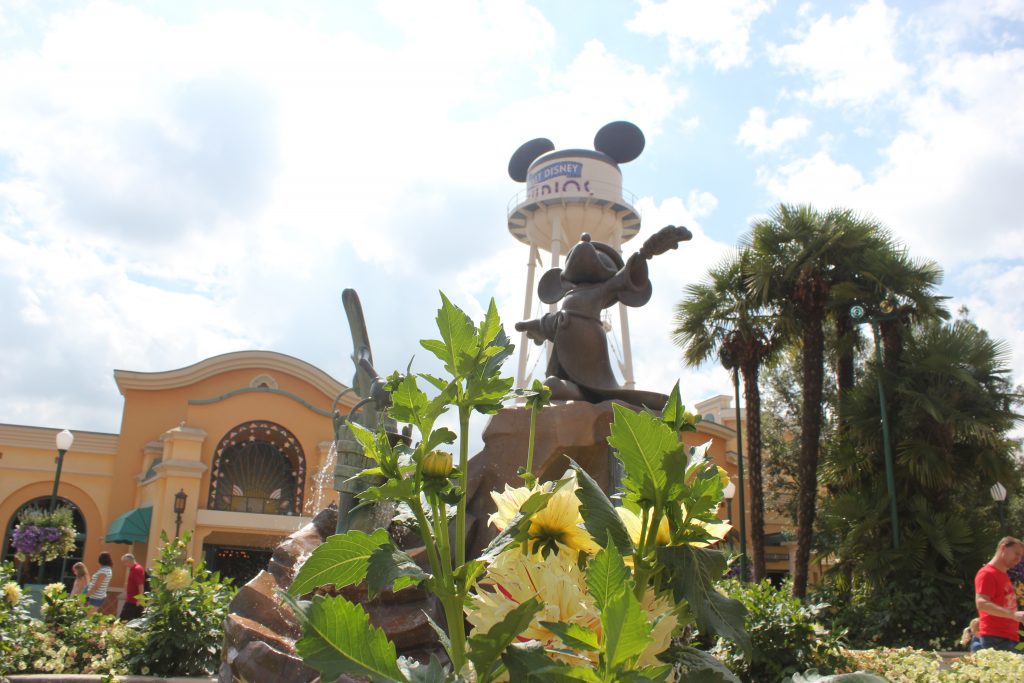 The Walt Disney Studios Park is not bad

The overarching consensus online is that the Walt Disney Studios park is not a good experience. And whilst yes the park is littered with problems (and more than any Disney park ever should have), it is not a terrible way to spend part of your day. Is it as good at Disneyland Park? No, not even close but considerable work has gone into the park over the past 15 years in an attempt to fix the mistakes of the past. The first big expansion came in 2007 when Toon Studios opened featuring Crush’s Coaster and Cars Quatre Roues Rallye as well as a small photo location. A year later in 2008 the Tower of Terror was officially inaugurated and with it a Hollywood style street area around it. 2010 saw Toy Story Playland and 2014 was the year that Ratatouille and La Place de Rémy arrived. 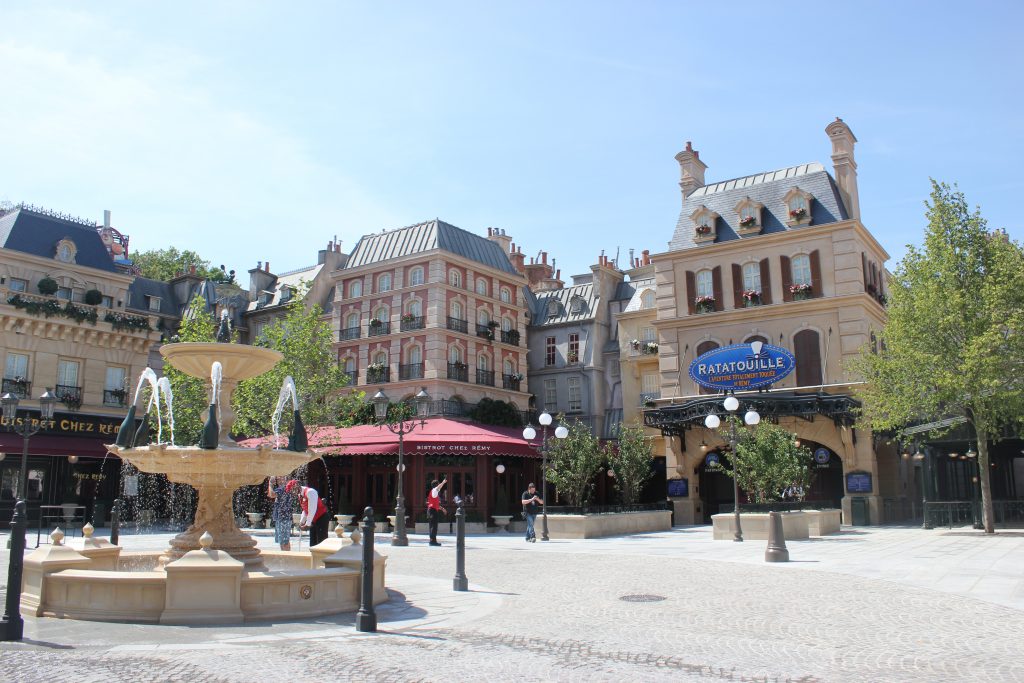 There are quality attractions in the park, there are also some very fun shows and now a fantastic place to have a meal. For pure thrill seekers, Walt Disney Studios is probably even the preferred park. When it comes to theme, there is work to be done. Front Lot is such a positive and inspirational opening to a park, it is a genuinely pleasant place to visit. The issues come after that. The park is very much designed with minimal greenery making it reasonably easy to maintain but gives a less than ideal aesthetic value.

Nobody should discount the experience that Walt Disney Studios offers, should it not be there it is likely that it would be missed.

The park was opened with a vision of going behind the scenes in a working film studio; the problem there was that film studios aren’t designed to be attractive places. That’s fine for a film studio, less fine for an amusement park. Disneyland Paris have done their absolute best to fix this by creating new experiences in themed mini-lands. 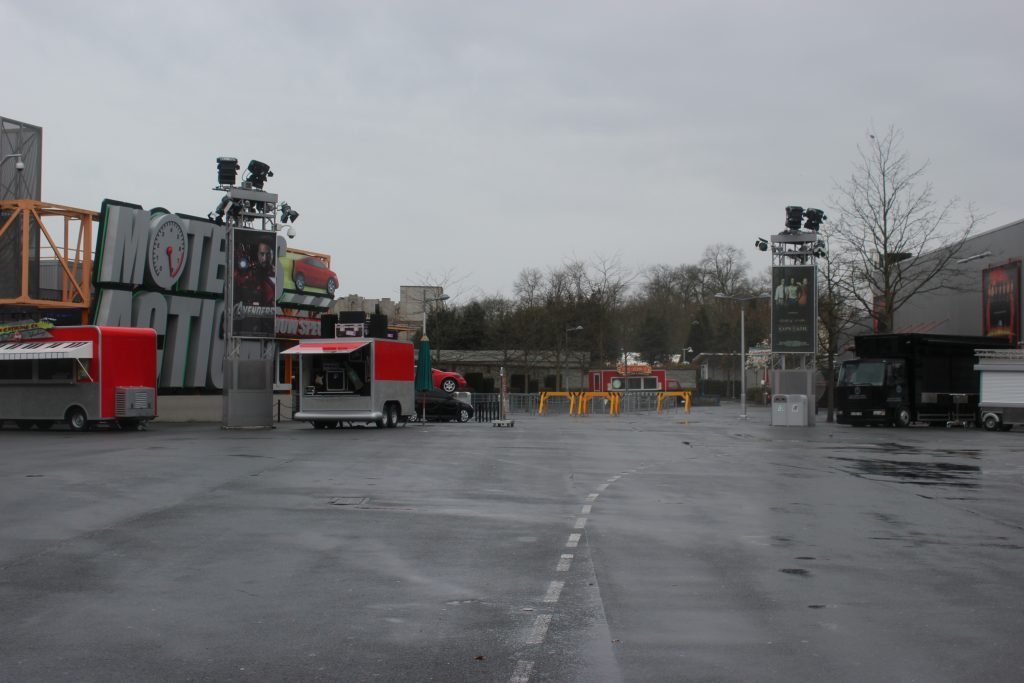 This has lead to a new issue. The park is now littered with good experiences but has moved further and further away from the working studio theme  and has become a patchwork of theme. The good news, however, is that this is very fixable.

The future is bright for this second gate in Paris. The patchwork of theme could work if executed correctly. It will take a lot of creative direction from Walt Disney Imagineering, a lot of investment and some new experiences. The future of the Walt Disney Studios park should be important to every Disneyland Paris fan. A failing second gate will negatively affect the resort and bring the experience globally down. Disneyland Paris have never allowed Walt Disney Studios to get that bad, in fact they actively try to fix the errors of the past. 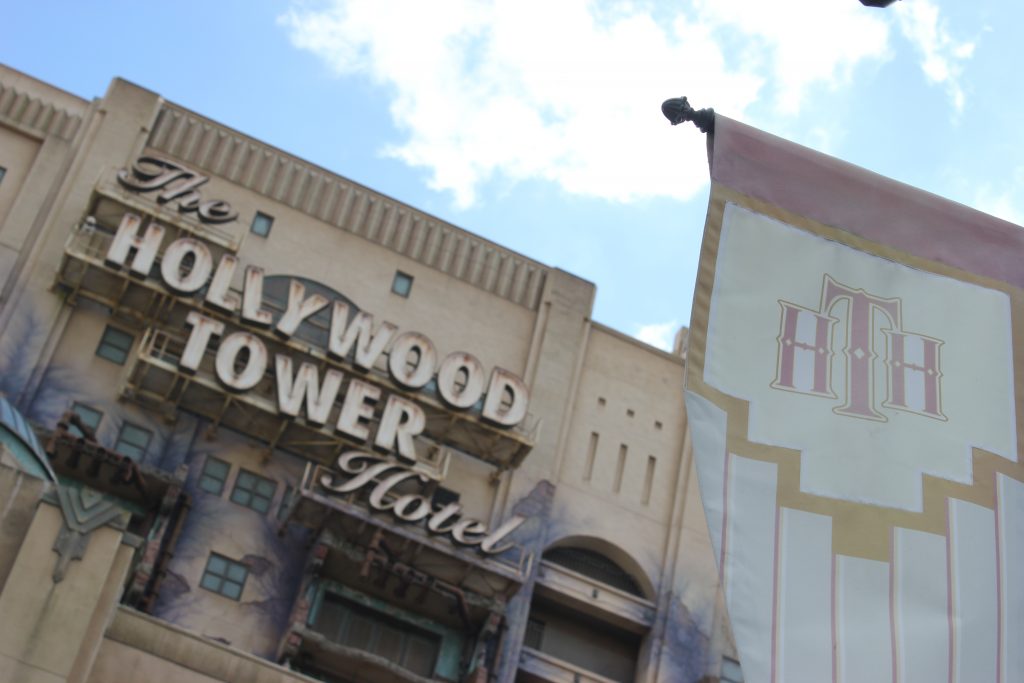 The next 15 years of the park will see further investment and potentially a big increase in investment to bring the park up to the Disney standard. It’s going to be a rollercoaster ride, but that can only be a good thing!