As many fans of Disneyland Paris will know, Discoveryland emerged from the ‘ashes’ of Tomorrowland. For many years a criticism of Tomorrowland in the Disney parks was that it would become out of date relatively quickly. The idea of the vision of the future simply does not work. 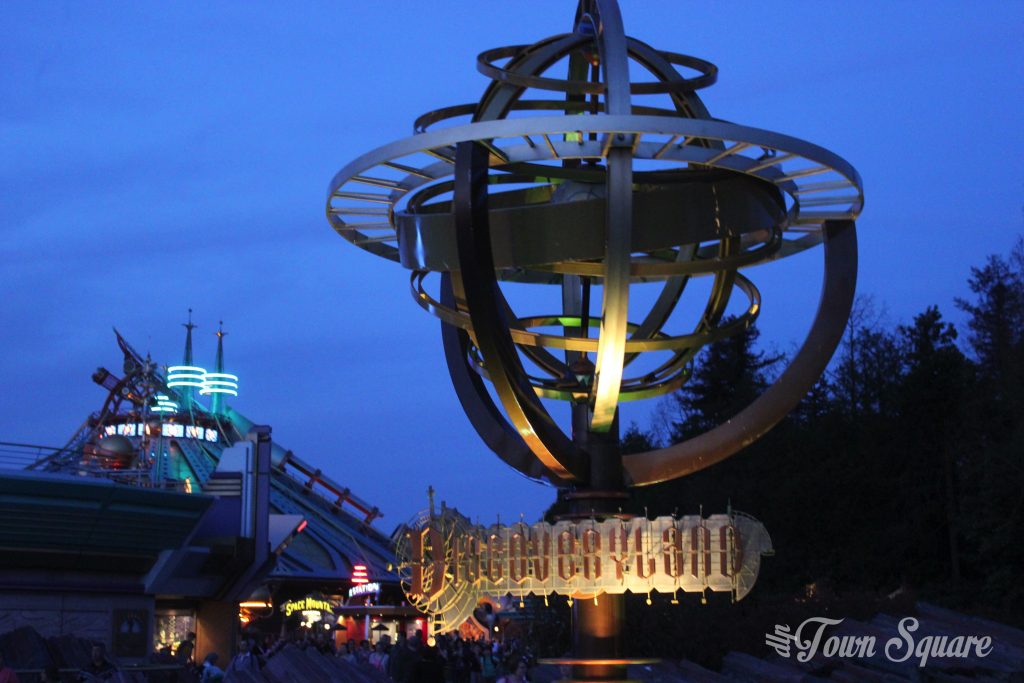 Enter Discoveryland in Disneyland Paris, a land with a new theme. The idea here is to tell the vision of the future seen from the visionaries of the past. The idea seems ingenious, the visionaries of the past cannot ever become out of date – the ideas may be wacky and crazy but the core themes remain constant and relevant. It was through this way that Euro Disneyland, as it was then named, also fulfilled its key aim of promoting European culture by alluding to the works of Jules Verne and H.G. Wells.

Discoveryland launched with attractions that were inspired by its core themes. Orbitron takes its inspiration from the star gazing of Leonardo Da Vinci. Le Visionarium was a Jules Verne circle vision film. This was joined by Space Mountain which took its inspiration from Jules Verne’s De la terre à la lune and the Nautilus submarine from 20 000 lieues sur les mers.

The theme worked, a collection of very strong attractions which were linked to no Disney IPs and were popular. 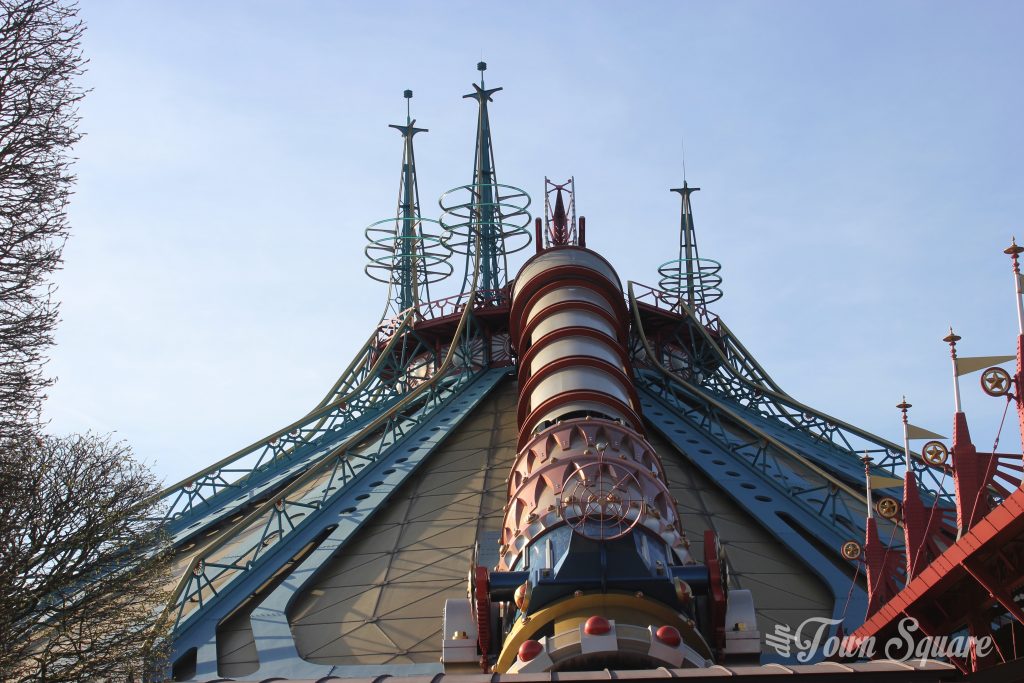 The beginning of the end?

And then the changes began to arrive. Space Mountain lost its Verne theming (aside from the exterior). Then perhaps the most unforgivable (depending on who you talk to) change of all, Le Visionairium becoming Buzz Lightyear’s Lazer Blast. 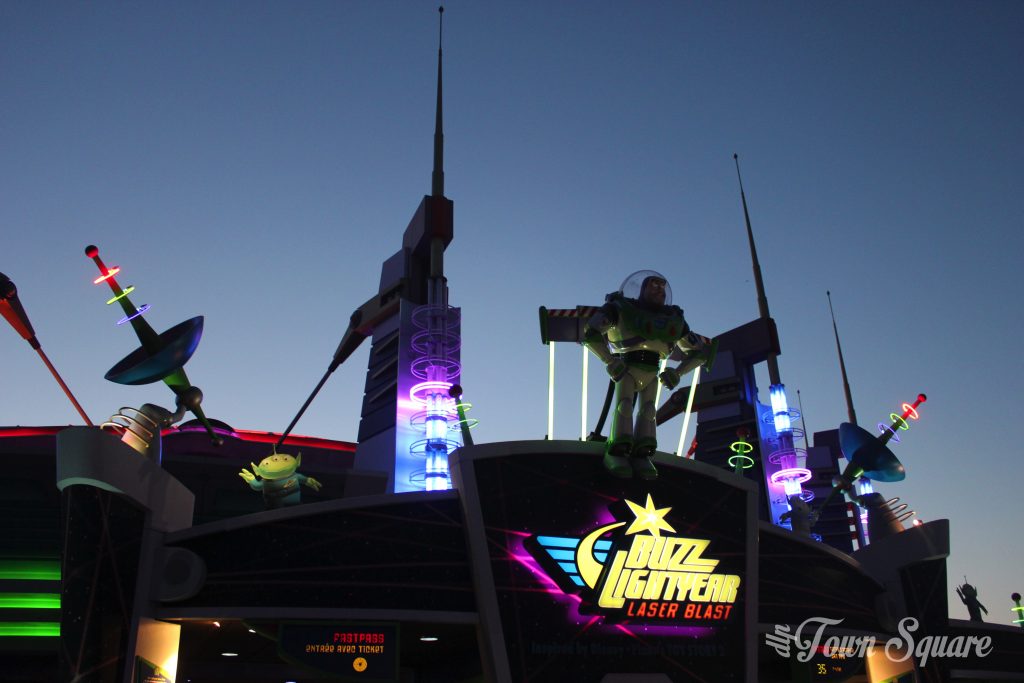 And then we began to see a calming. Things seemed to have reached a status quo.

The 17th October 2016, Disneyland Paris announced its 25th anniversary festivities and among it the Hyperspace Mountain which promised:

This marks a total departure from prior Discoveryland themes and raises the question of the future of the land? Will Space Mountain see any major exterior changes? Will the steam punk design remain as it is now across the land? 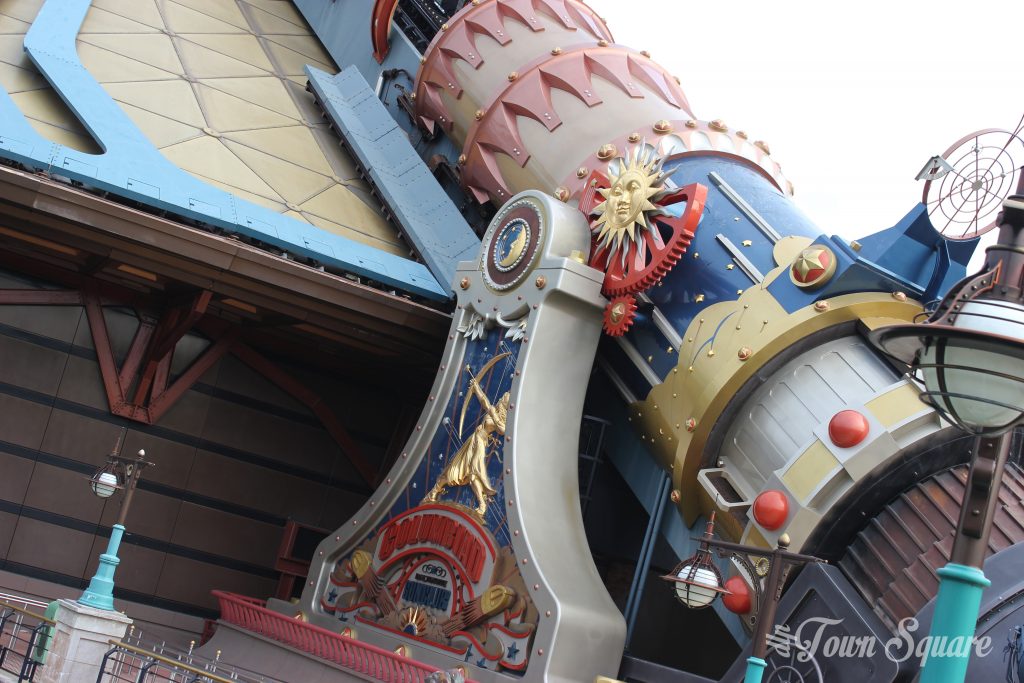 Is this a destruction or an evolution?

It is difficult to say. Personally, I adore the theme of Discoveryland but this may be because I’m a bit of a Jules Verne fan and so am slightly biased. I also adore the current look and feel of the land. Discoveryland is probably the land I spend the least amount of time in, and anything that will encourage me to spend more time there cannot be a bad thing. However, I feel like a piece of the land’s identity is being ripped from it. 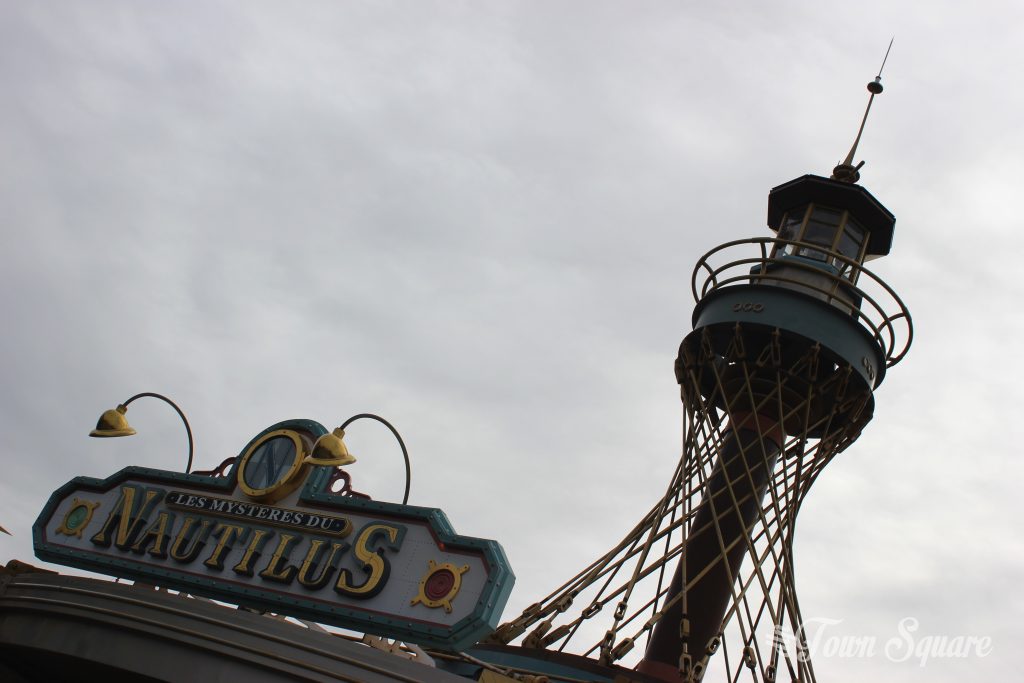 Walt Disney did always say that Disneyland would never be considered completed as long as there was imagination in the world – perhaps this is a change we must accept and move on.

Let me know what you think in the comments or on social media!