These virtual reality headsets will allow guests to experience the views of Disneyland Paris without even leaving the ground via 360 imaging technology.

This does not affect the normal experience during good weather meaning you’ll be able to enjoy Panoramagique whatever the weather! Now that’s good news!

Panoramagique is open every day with opening hours dependent on the season.

Tickets for adults cost €12, children aged 3-12 are €6 and any child under 3 goes free of charge. Annual pass discounts are applicable: -25% for Infinity and Magic Plus; -15% for Magic Flex and Discovery.

Sitting comfortably within Disney Village is The Steakhouse restaurant and is often a place that gets overlooked as a dining option by giants such as Planet Hollywood and Rainforest Cafe. However, The Steakhouse deserves more recognition as one of the finest dining locations in Disney Village and one of those places that has become unmissable on my Disneyland Paris trips. 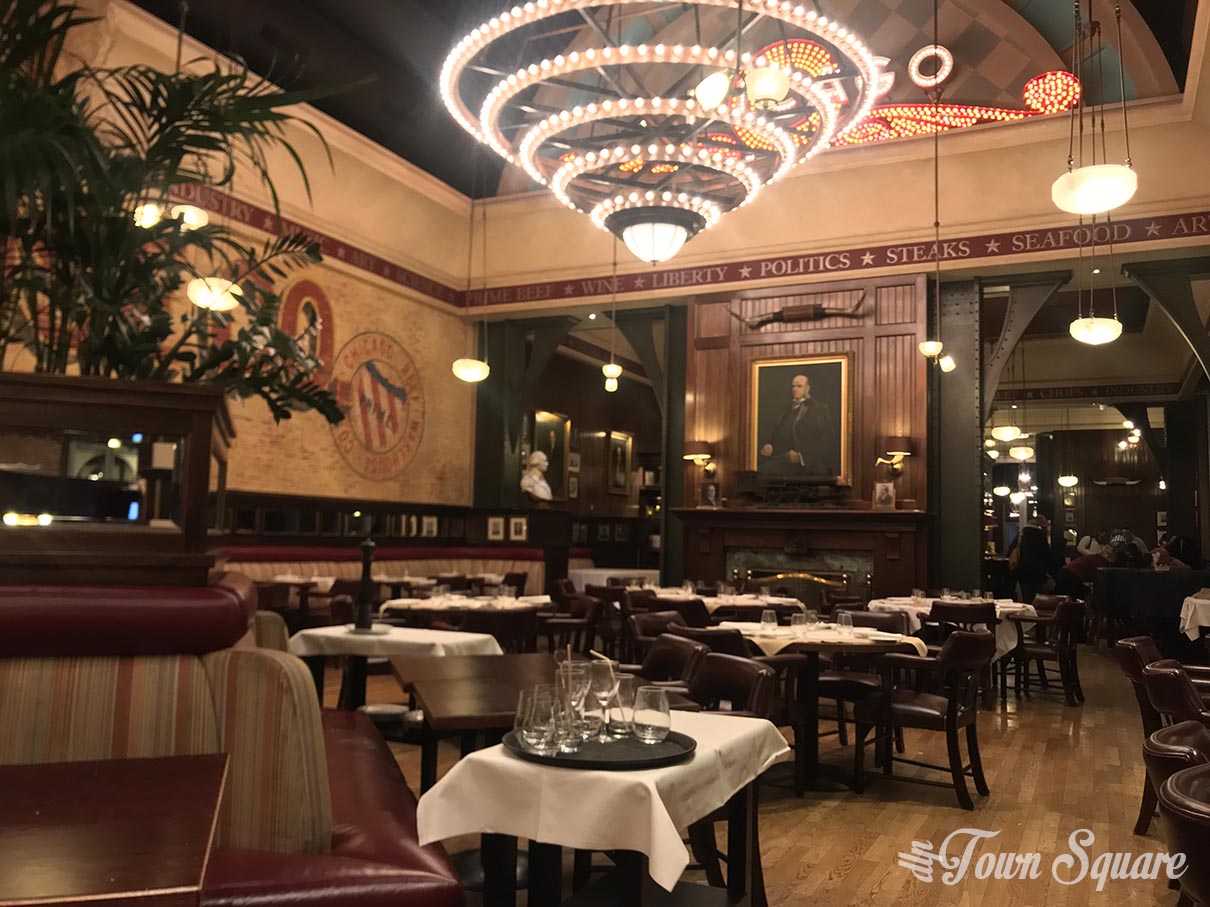 Set in the Chicago jazz era, The Steakhouse is a hark back to a bygone time. Stepping through those doors truly does feel like a time machine to the 1940s and 50s, and to a time where dining out was a real event which sets the scene for a wonderful evening meal. For this review, I took the Menu Jazz which consisted of a Starter and Main and was priced at €31.99.

On the menu, a starter is included of either Aberdeen Angus Beef Carpacchio or Cesar Salad. I took the Beef Carpacchio, which was beautifully presented on the plate and looked both appealing and appetising; additionally the portion was plentiful which wetted the appetite for what came next.

The Beef Carpaccho itself was absolutely delicious, the beef was wonderfully prepared and was a quality piece of beef. The dressing and parmesan cheese just added to the flavour perfectly. 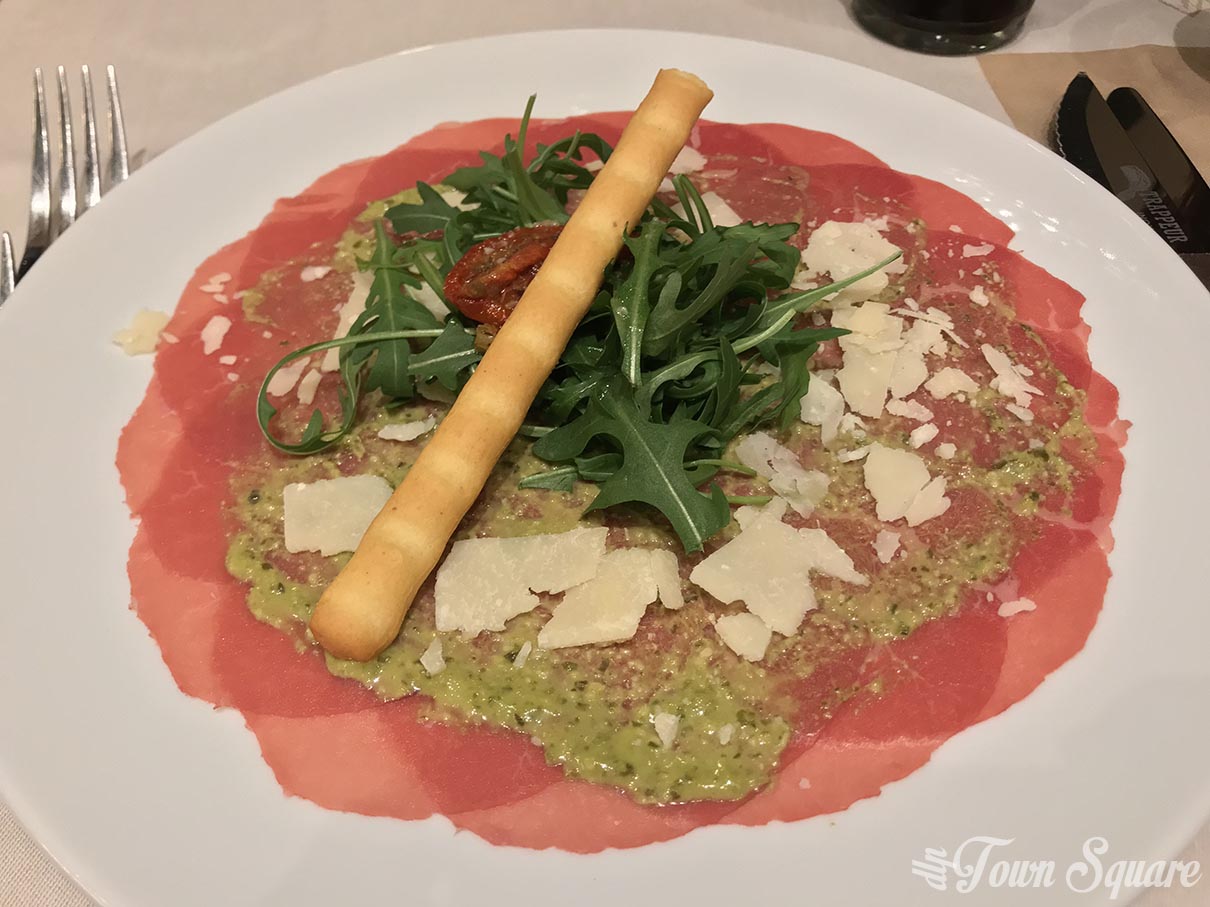 The choices of Main Course on the Menu Jazz were: Angus Beef Skirt Steak, Double Breast of Roast Chicken or a Penne with Salmon. I took the Beef Skirt cooked to rare and was accompanied by fries and a peppercorn sauce. The steak itself was of a good size, and was again a good quality piece of meat. The steak was juicy and the sauce was very tasty and a very enjoyable accompaniment. 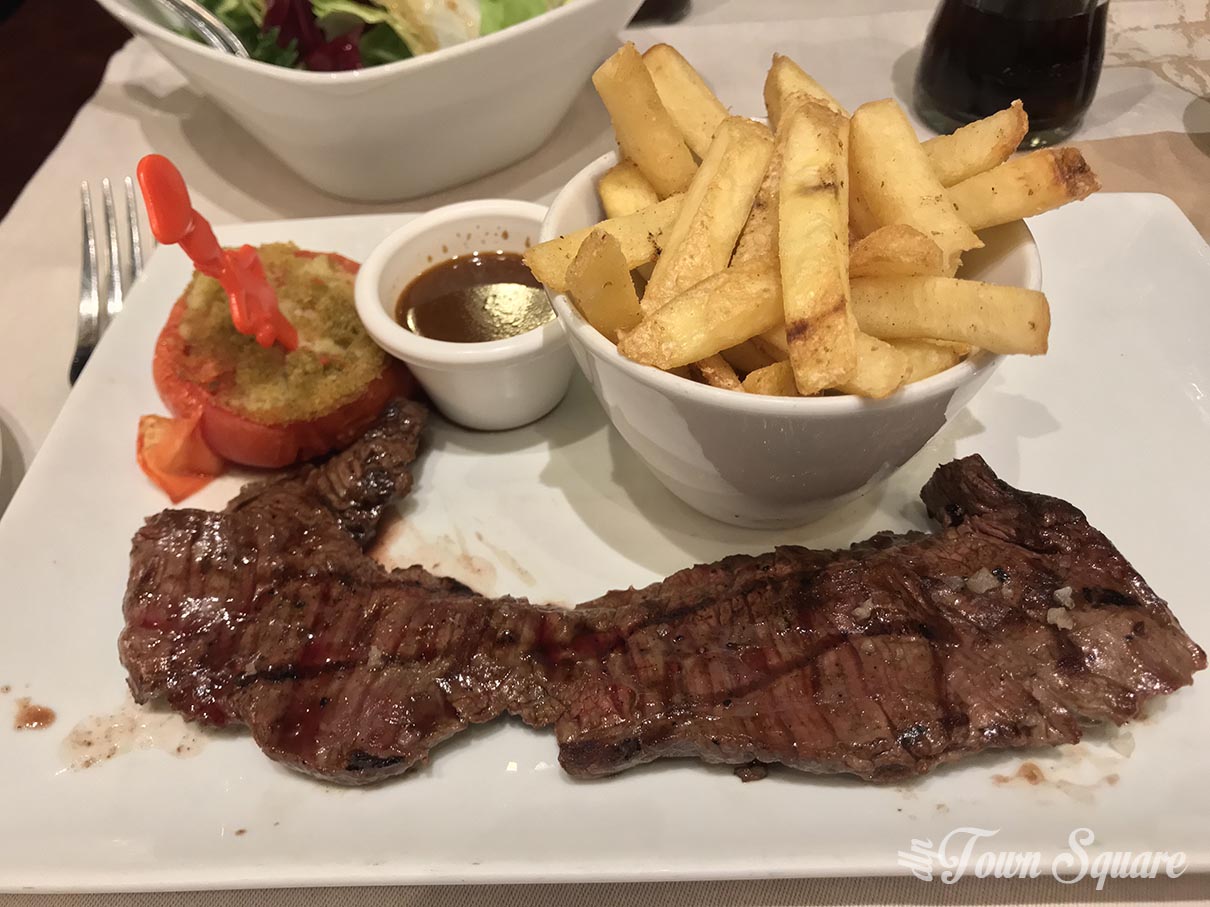 The fries were tasty and crispy and were generally nicer than your average Disneyland Paris fries (always a positive!). The steak dishes also came with a bowl of salad which can be shared amongst the table.

If adding a desert to the menu the price rises to €37.99, but this was not tried for this review. 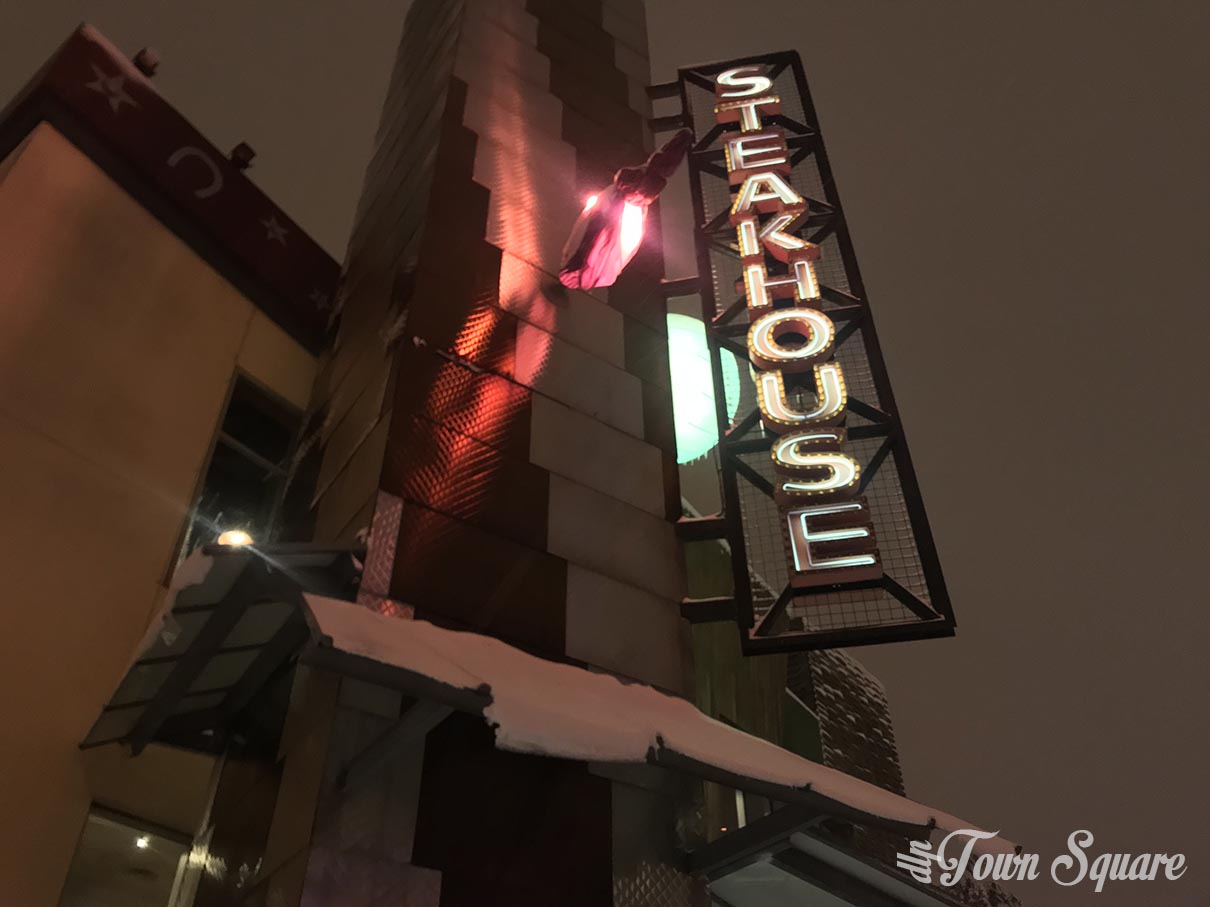 The Steakhouse in Disney Village is an enjoyable restaurant which has a distinct upmarket feeling but without the heavy mark-up that you may expect from a Disney restaurant. The food was extremely enjoyable and left a feeling of being pleasantly surprised. The service by the restaurant staff was also extremely attentive and it never felt as if we were waiting too long for anything.

The Steakhouse was a fantastic alternative to a Disney Hotel restaurant and with the park closing earlier in the winter months this is a real must-visit location, especially for those doing Disneyland Paris as a group of adults. I would not hesitate to recommend The Steakhouse to anyone.

The Chicago Menu (Menu Jazz + Desert as tested in this review) and Children’s menu is included on the Plus meal plans. A la Carte options are included in the Premium meal plans as well as a premium children’s menu.

Annual Pass discounts are accepted at 10% or 15% depending on level of pass. 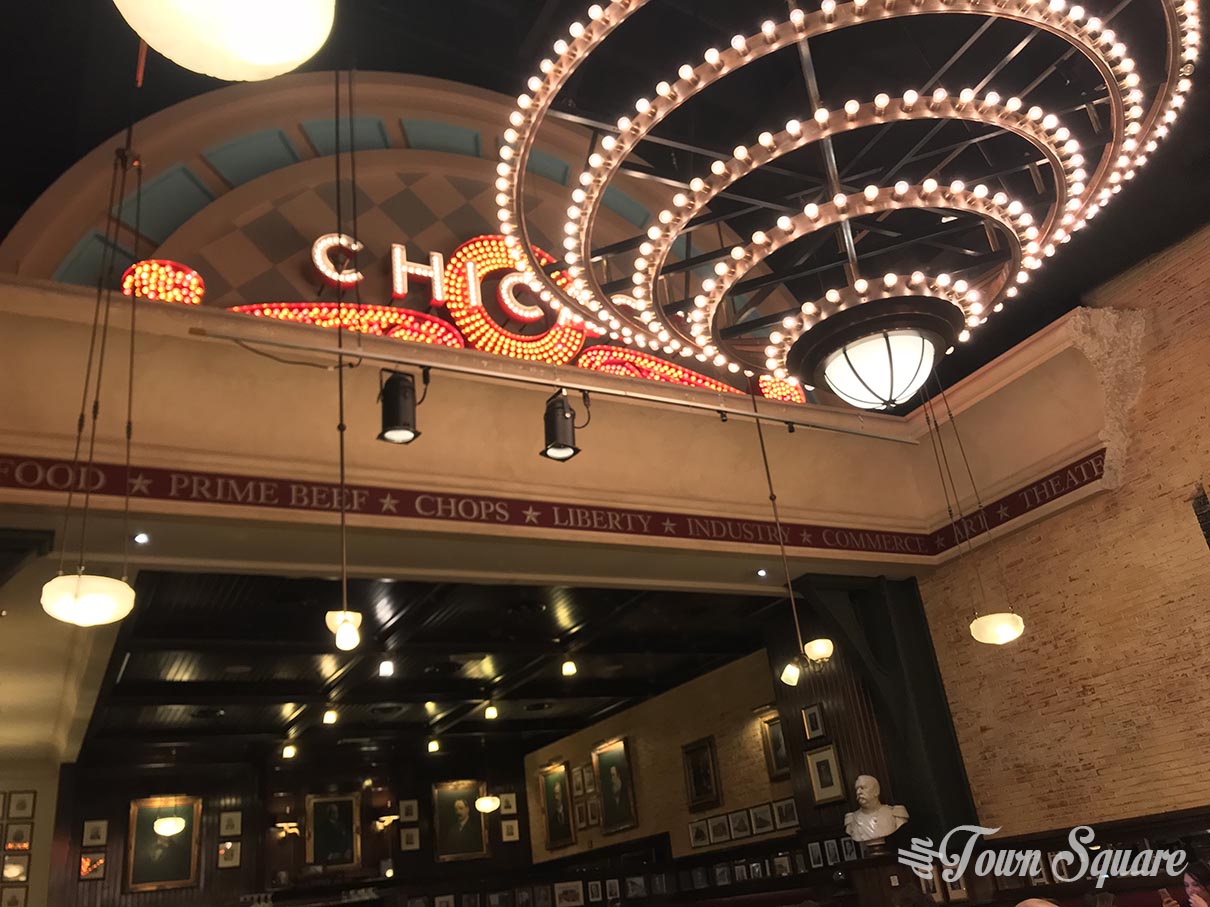