On Saturday 7th July, Disneyland Paris Annual Passholders had the chance to attend a special evening which centered around the Marvel Super Heroes, or so they thought. The Soirée Marvel party was less Marvel and more Disney FanDaze lite, the problem here? The deception that Disneyland Paris undertook in order to get people to the event which was nothing other than deplorable. If you were a Marvel fan, expecting a Marvel night, you had a terrible time. Simple as that.

Nevertheless, the party did have other elements that made up partially for this disappointment meaning that it was a real mixed bag and I left feeling conflicted; I enjoyed it, but it also was not at all what I was expecting. The Disney fan in me came away thrilled, the Marvel fan in me came away gutted.

Getting into the Party

Disneyland Paris have held a good number of special events in the Walt Disney Studios Park this summer, they should have the entry organisation down to an art now. Or not. The queue to check tickets and passes was long, something which was not entirely unexpected. However the queue snaked through the entry to Fantasia Gardens, blocking the entrance to Disneyland Park. This queue was not directed by any Cast Members and so made Park entry for regular guests confusing and nightmarish. Once the queue got moving, it was quick and efficient.

Once last ticket checks, a guide programme and pin was handed to guests. Much like the Tower of Terror night the programme was beautifully designed and is a fantastic keepsake of the night. The pin is large and features the nice Soirée Marvel imagery and is a good collectors item from the night.

The Marvel elements of the night consisted of 3 character meet and greets (each with long lines). These characters were meeting in 30 minute blocks and then taking a break for 30 minutes. As THE ONLY Marvel characters of the night, this was not at all acceptable. Those sets needed to be longer so that the maximum number of guests can achieve their Marvel dream meets. When queues are being closed an hour and a half into the party, you know something has gone very wrong. 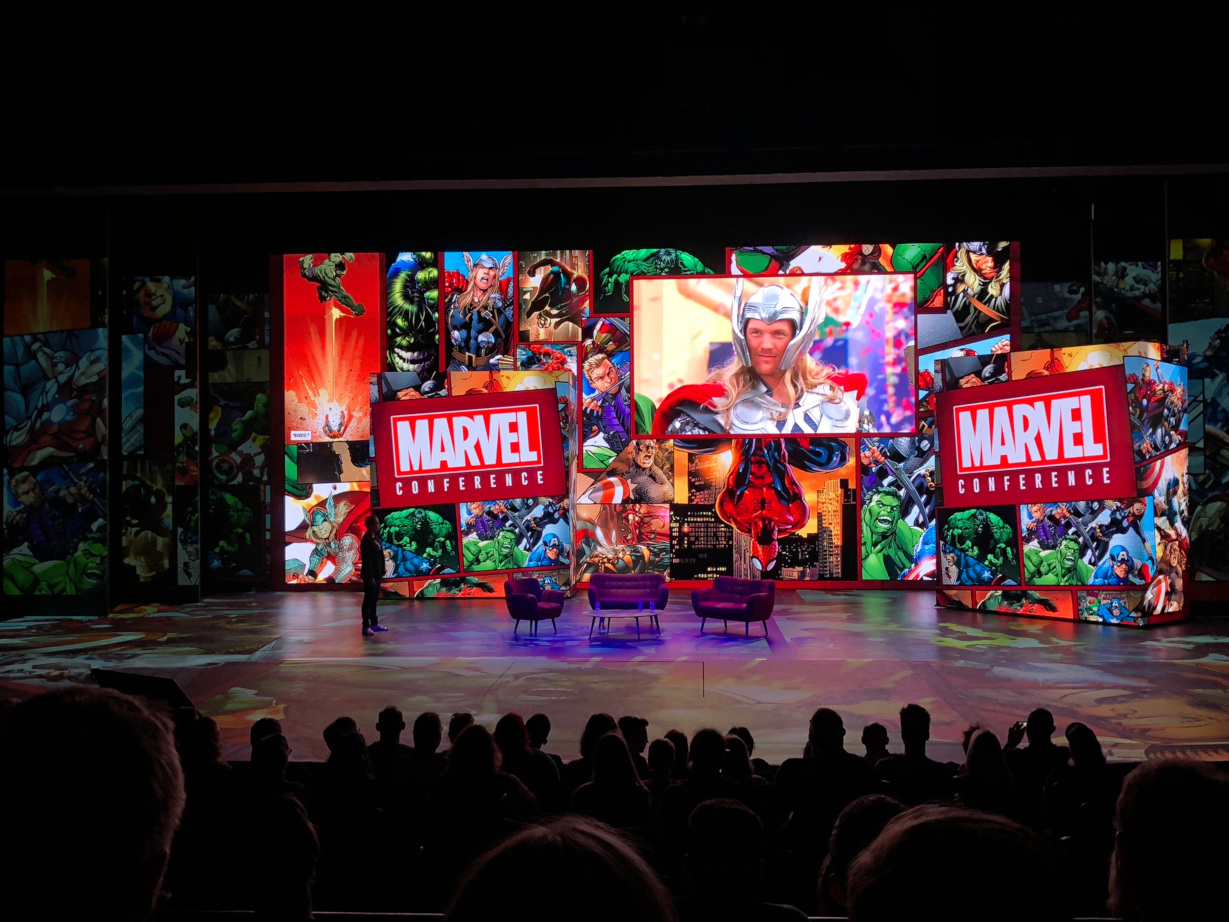 The Guardians of the Galaxy Dance Off took place at 23:00, this was the standard show on the standard stage. As THE ONLY Marvel entertainment scheduled for the night, I would have hoped Peter Quill and Gamora would have appeared on the large stage to entertain a larger crowd, but no. This meant the classic criticism of the show is maintained, if you’re not in the first few rows you could see absolutely nothing.

A Marvel conference was organised in Studio Theater, a lot could have happened here but again it was another missed opportunity. It was very carefully scripted to tell us absolutely nothing about the Summer of Super Heroes or future Marvel additions to the parks. It felt more like a commercial for the Marvel experiences in other parks than a Disneyland Paris presentation. The projections onto the stage and set however were absolutely stunning and were enough to have my attention hooked for the 20 minutes in there. If we were able to get more in the behind the scenes stories from the season creation, this would have been really worth visiting as you had an enthusiastic host in Jonathan  and some good guests. 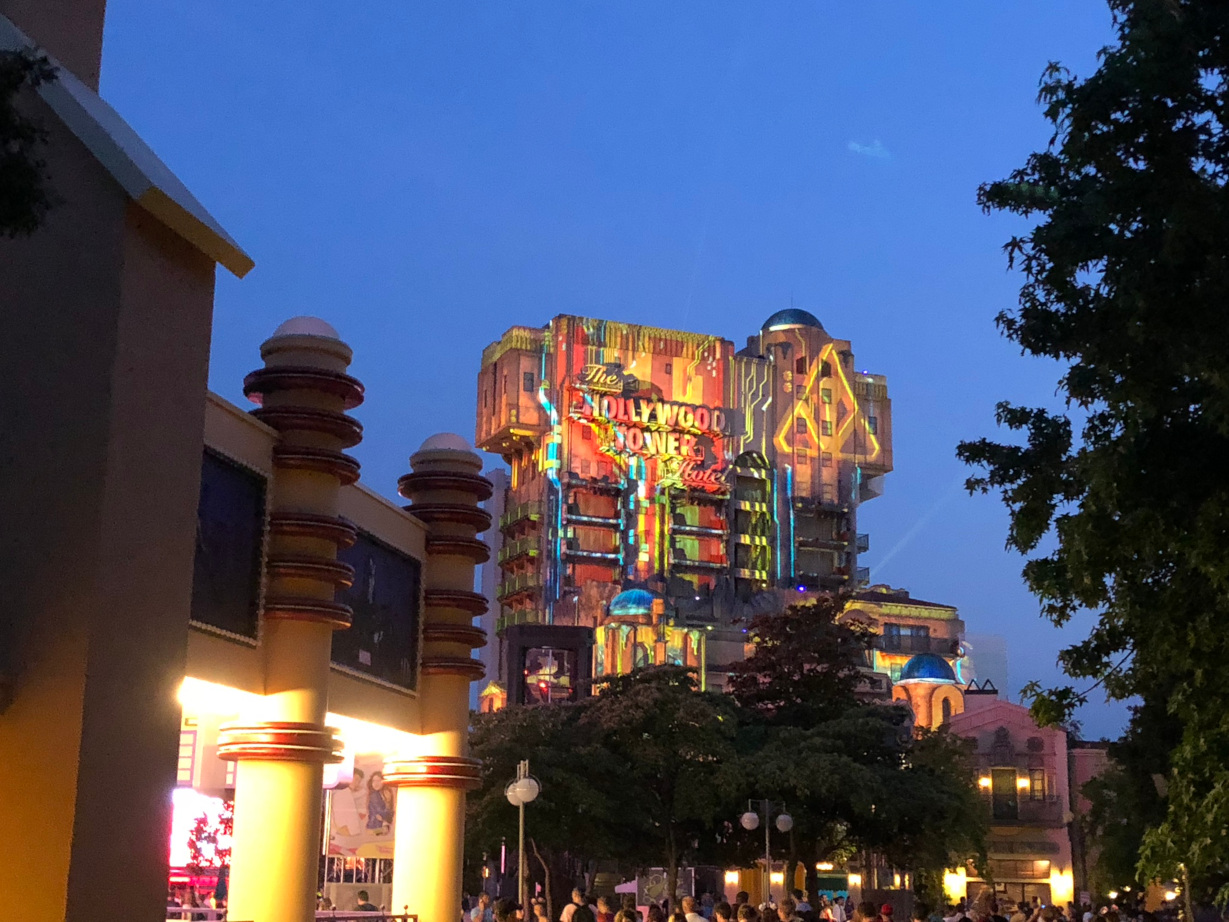 Finally, the Tower of Terror featured a cool Mission Breakout projection for much of the night. This did look great and helped the ambience of the night once it got dark, in fact I’d call it a real highlight for Marvel fans.

Cosplayers save the day!

So with the disappointment of the Marvel content at the Marvel night, the cosplayers managed to step up and really save the day. It was a delight to see so many people make the effort. I saw some excellent costumes including a fantastic Black Widow, a brilliant Hulk (with Roman emperor headwear such as see in Thor Ragnorok).

Whilst Disneyland Paris failed to step up with the Marvel content, you stepped up in a big way – thank you!

The real highlight of the night was the Disney Characters. A large number of VERY rare characters came out for the event including: Mike Wazowski, George Sanderson, Boo, Abu, Sultan and Bullseye. These characters did not have overly long queues and were all absolutely fantastic in the interaction. 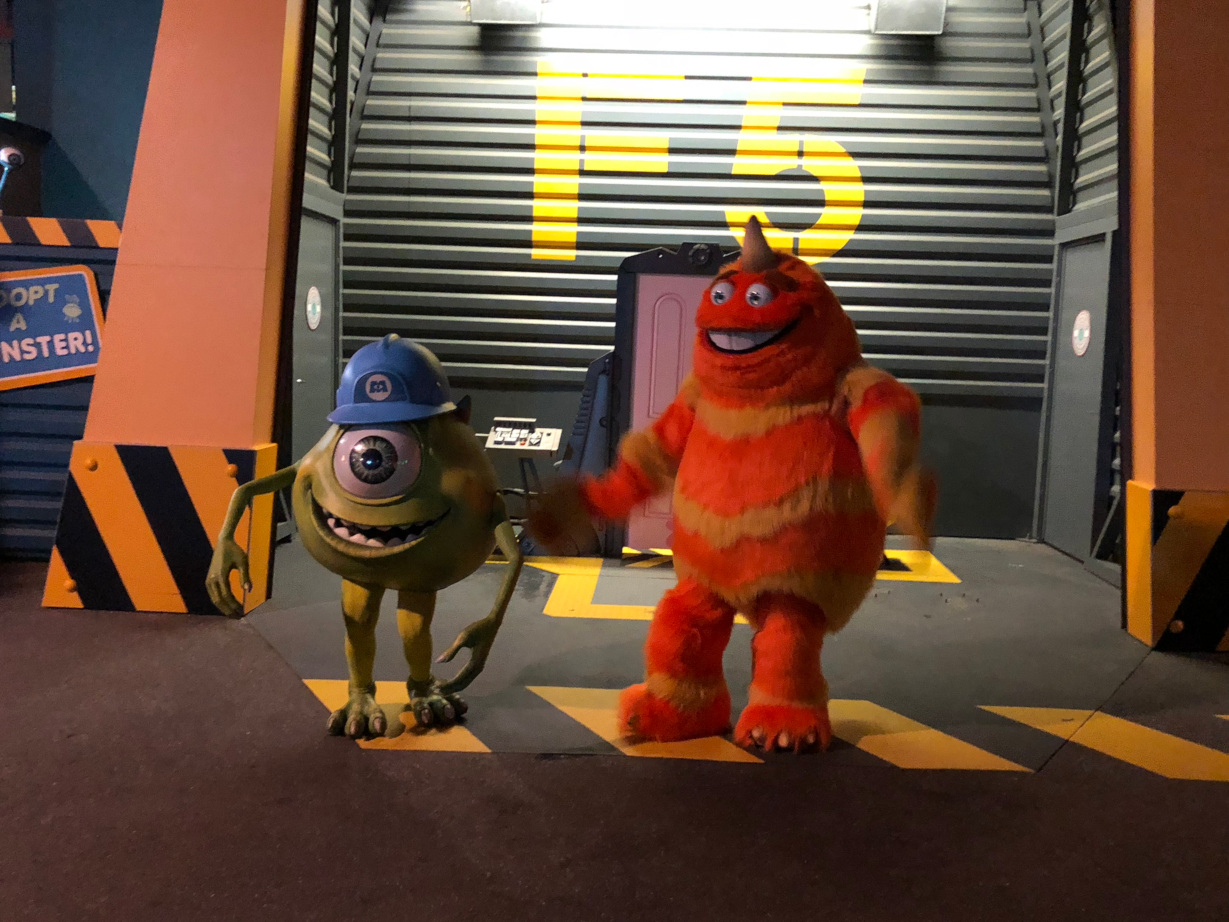 A big thumbs up needs to also go to the character attendants who were in fantastic spirits all night and brought a lot of fun to the party, it is easy to say that these characters were the best reason to have attended the party. 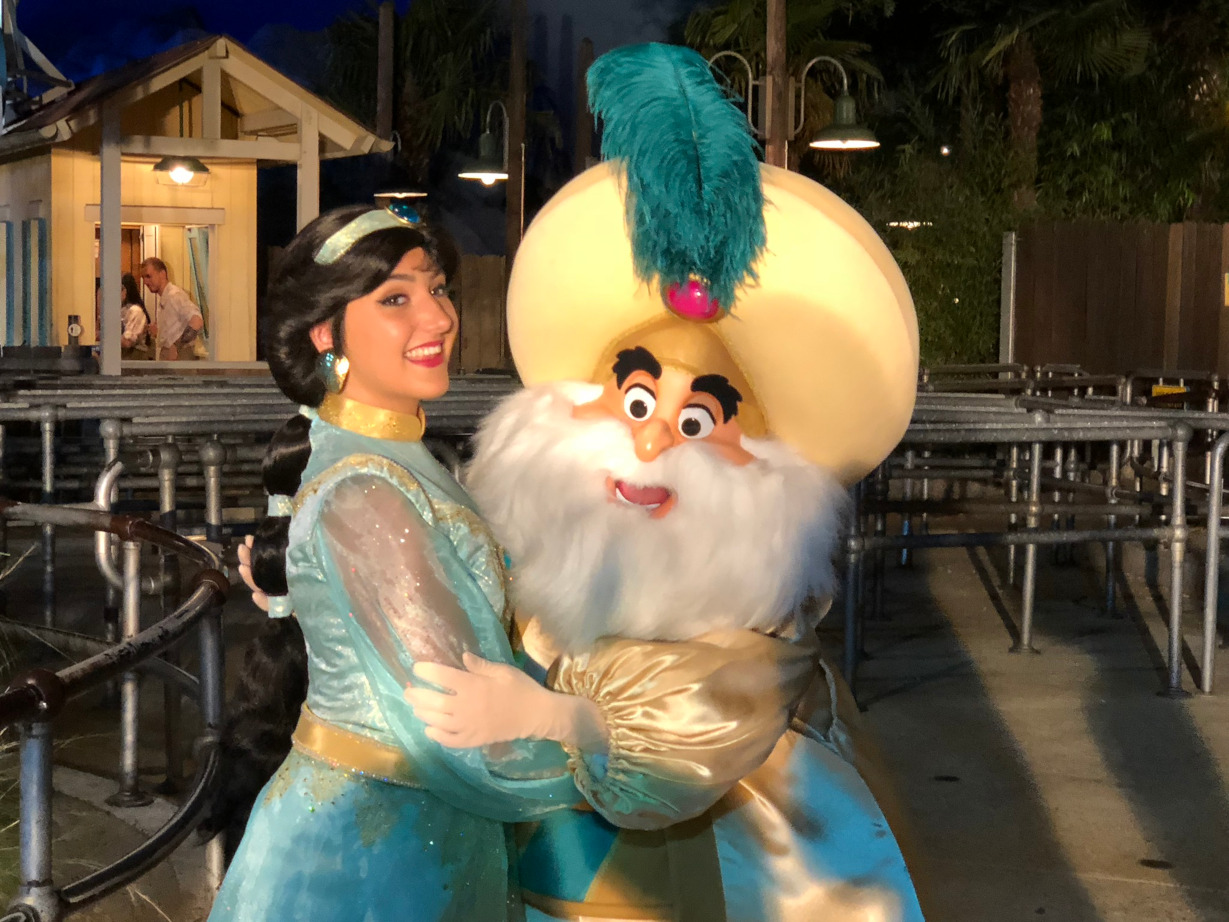 The extent of the food and drink offerings was 2 counters in En Coulisse being open and 2 food trucks. On a 30 degree night, this is nothing short of unacceptable. People were desperate for drinks of water and there was simply nowhere for them to get it that didn’t have a 30 minute wait. Getting to midnight the queues for these locations were capped with Cast Members having to admit that there was nowhere to get a drink of water (except En Coulisse).

The week prior to this was Electroland, there was barely any queues for drinks with En Coulisse having all counters open. So we know that Disneyland Paris can plan for this type of event, but this was poor planning and emergency plans should be put in place in the future in order to get guests water. It’s as simple as opening another food truck or another En Coulisse line.

Upside, all the themed snacks and menus that you can get at the Marvel Summer were on sale, this was what we all expected, but I think it made many people happy to get things like the Infinity Gauntlet and so this needs to be applauded.

These Annual Pass parties are a good way to do your favourite attractions with no wait. For that, they are excellent. I managed to get on Crush’s Coaster with less than a 5 minute wait, something that is simply not possible during a regular opening day. 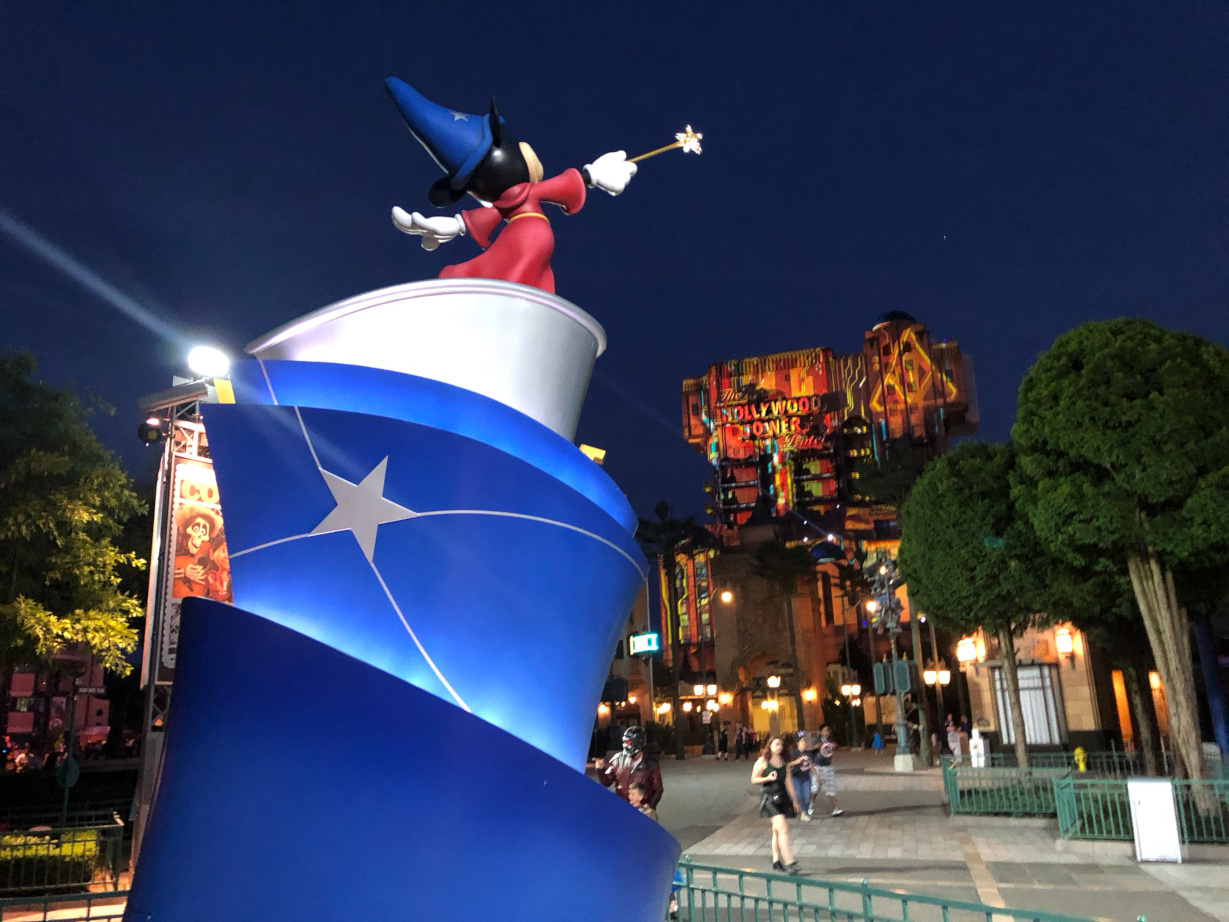 However, we need to touch on the “overlay” of Tower of Terror. This was not as imagined, the previously released information was that “Do you dare to go through the doors of the Collector’s Fortress? A malicious raccoon entered the tower and inadvertently disconnected all electrical systems! ”. Whilst it doesn’t explicitly mention anything, knowing that a Guardians attraction exists on this system, it was not too far a conclusion to make that perhaps the ride would be in the dark with some special music. No, Rocket pulled the plug; the lights were turned off with no sound (not even in the queue). I think that if you can’t do this type of thing, for whatever reason, then give us the normal ride, nobody would complain at that and we’d all be happy.

A note on language

Another Annual Pass party, another party where the ONLY official language is French. All the programme and announcements were in French only (no translation provided). The conference was bilingual to begin with, however the show director of Disneyland Paris’s French was not translated.

Whilst, yes, the majority of attendees at that event will have been French local annual passholders, there needs to be some recognition that there is also an international passholder audience and that for something such as a Soirée Marvel, people will travel for it.

Not the most Marvel-ous of times

What was the problem here? Was it a BAD party? No, far from it. The problem was expectations, the expectation set was that the event would be themed around Marvel. It wasn’t. In future the party needs to be better described so as to avoid disappointment. This review would be a completely different story if it was a Summer Annual Pass party featuring the Super Heroes. And in fact, I agonised on how to approach it – but it was a Soirée Marvel and it needs to be tackled as such. As a Disney party it was exceptional, there was enough to keep you happy for all four hours with plenty of rare characters and some fun little piece of entertainment with the Incredibles.

It will be much harder for the 25th Anniversary Grand Finale party to go this wrong, and I still have faith in the Annual Pass party concept, the Tower of Terror party was exactly what I was looking for. Blend the character elements of this party, to the overall feel of the Tower party and I think we’re onto a winner.

To quote a DC hero: Why do we fall? To get ourselves back up again. 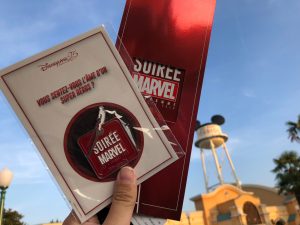