We love the magic of Disneyland Paris; the moments shared in Europe’s number one tourist destination last a lifetime. But being the most popular tourist destination comes at a price – Queues! Capacity has long been a problem for Disneyland Paris, just how do you fill capacity when the numbers just don’t add up? For a long time the answer was to shout down the queue line “Une personne seule?” (One Person). This works to a limited extent, firstly you are hoping the Cast Member can project their voice enough so that the one person can hear them; secondly you are hoping the person understands French as this request is rarely repeated in other languages and finally you hope that they are willing to “skip” the queue. Does this work? Undoubtedly not. 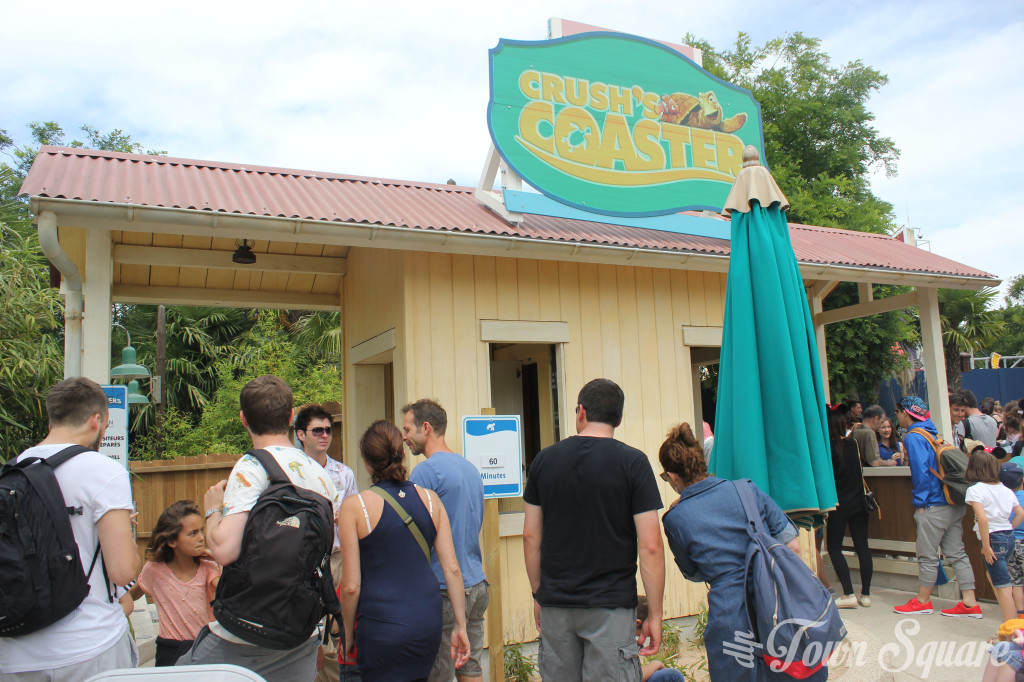 Since 2011 and the launch of Toy Story Playland’s Single Rider lines, Disneyland Paris have seemingly found a way to solve the problem. Single Rider Lines. Disneyland Paris was not the Disney park to use this style of queue. In fact it was in each Disney resort in the world before heading to Disneyland Paris. The single rider phenomenon is certainly not unique to Disney either, all the major theme park brands in the world use it; and why not? It works. In Disneyland Resort in Anaheim, single rider lines were launched upon the reopening of the Splash Mountain attraction after a refurbishment in May 2002. The refurbishment changed logs from a traditional log flume to a series of five individual seats. It was around the same time that several other attractions in the resort upgraded to include these alternative queues. The advantage is simple – A family of four queues for Splash Mountain; you could either send the boat off with four people, or you could send it off full and hit capacity goals. The response was simple and guests can enjoy, what is usually, a shorter wait. Single Rider queues also exist in Walt Disney World in Test Track (both the old and newer versions) at Epcot and upon the 2006 launch of Expedition Everest in the Animal Kingdom and for Rock ‘n’ Roller Coaster in Disney’s Hollywood Studios.

Over in the Asian Parks, Hong Kong Disneyland became the first Magic Kingdom park to include single rider lines on its opening day and was (and still is!) the  only Space Mountain attraction to feature a queue for single riders. The park currently has single rider queue lines for Space Mountain, Toy Soldiers Parachute Drop and Big Grizzly Runaway Mine Cars. Its Asian cousin: Tokyo Disney Resort has three Single Rider enabled attractions: Splash Mountain, Indiana Jones Adventure: Temple of the Crystal Skull and Raging Spirits. In reality here, Disneyland Paris was over ten years behind on launching these new queue lines. But the future is bright as park management have committed to adding a single rider queue line to one attraction each year – this could co-incide with the rumoured ride updates that we will receive between now and 2017. 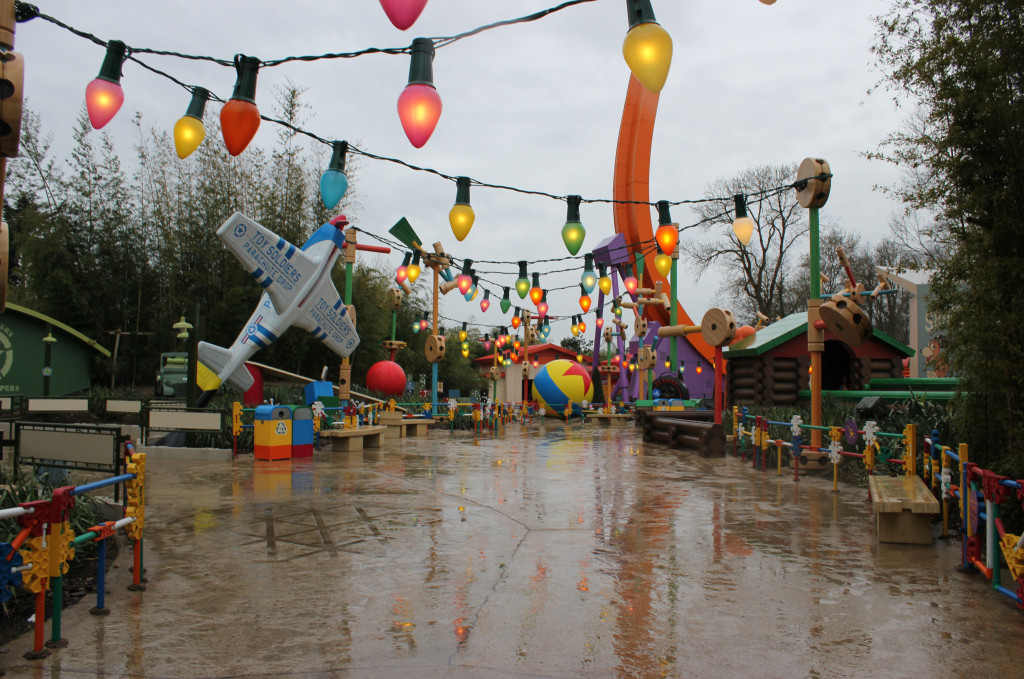 2010 and the Walt Disney Studios Park had a brand new addition; Toy Story Playland. This out-of-the-box fairground experience has won guests over with its enchanting theming and fun rides. But little did we know that what was just around the corner would usher in something brand new and exciting. 2011 and it had arrived. Single Rider queue lines. Disneyland Paris had finally opened up the chance to unlock full capacity riders and guests lapped up the chance to slash their waiting times simply by experiencing the ride alone. 2013 and Crush Coaster, which for a long time had run failed FastPass experiments, joined the party with a trial of the Single Rider scheme. It was a success. Crush’s Coaster is the single most problematic ride concerning capacity in the resort, FastPass ended up extending queue times for everybody; what the single rider queue achieves here is maximising that capacity. A family of three joins the queue, for a four person shell, the single rider takes up the extra space. Simple? Wrong – the problem with Crush’s issue is almost the opposite to that previously mentioned of Splash Mountain in Disneyland Resort. A common European family size is four. There lies the problem and that is why Crush’s Coaster, whilst needs to be applauded for the single rider queue, has a long queue with not many people in it. Ratatouille: L’Aventure Totalement Toquée de Rémy is the turning point for Disneyland Paris on this topic, the first attraction where Single Riders have not just been an after thought, but part of the design. What’s more, it’s working perfectly. The high-capacity of the ride mixed with the number of people per Ratmobile has seen single rider queue times, even at the busiest points of the day rarely hit over forty minutes, and is often at five minutes. A real success for people who just want to get on it and quickly.

The big question is: Do Single-Rider queues solve the capacity problem? Undoubtedly, yes. Do guests enjoy shorter waits? In most circumstances, yes. There are exceptions however. Earlier this Summer, Disneyland Paris introduced a single rider queue to Crush Coaster – has this been a success? Yes, but queue times are still rather higher, shaving only around 10 minutes off the standby queue. Elsewhere the system has been a success, Toy Soldiers Parachute Drop sees a drastic saving of time – up to thirty minutes – and RC Racer sees a shorter queue as well. The big success at Disneyland Paris is Ratatouille where up to 80-90 minutes can be shaved from the standby wait. In every case the capacity issue is solved as attractions can run to as close to 100% capacity as possible. 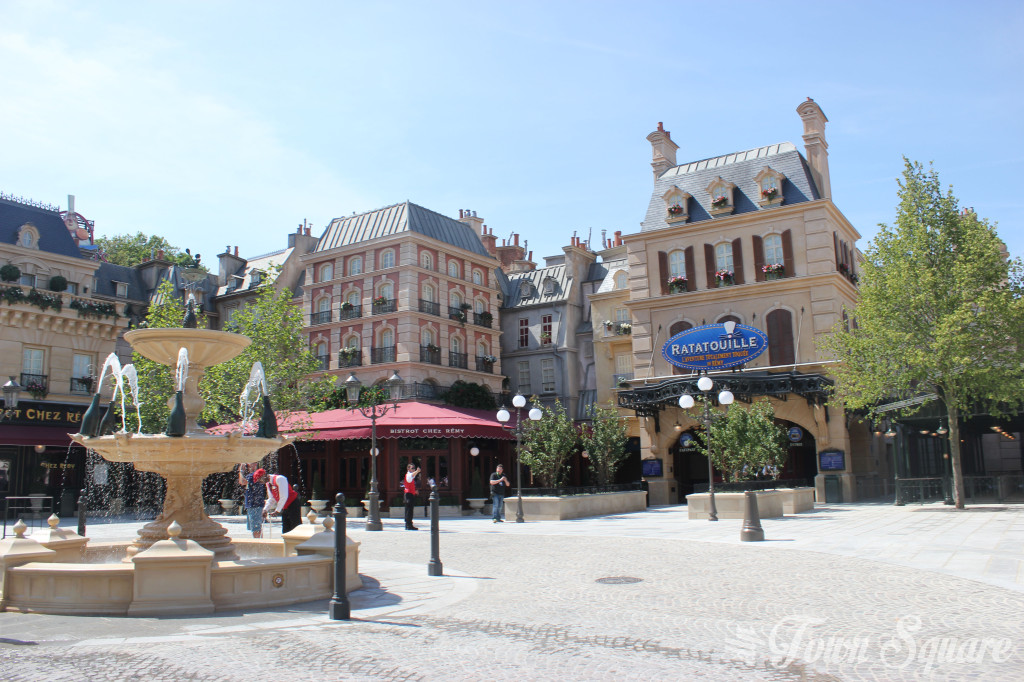 Single Rider queues have revolutionised the Disney theme park experience, not just for guests, but from a business sense. A ride that runs at near 100% capacity makes business sense and costs less, parks may also market these single rider queues as taking less time indicating a win-win situation for the parks. I look forward to seeing more of these queues entering Disneyland Paris in the years to come.

Since writing this article, Disneyland Paris have shown some members of the fan media a game which will be playable in the Queue line of Crush Coaster. This game will be activated via a special WiFi network in the queue and will allow guests to explore 5 levels of a game allowing guests to have a more pleasant queue experience. This could be the future for attractions with longer queues and allow for a more agreeable queue for all with guests being distracted on their phones. 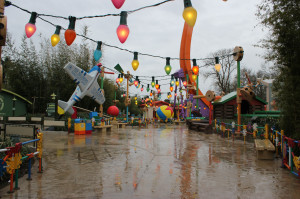 We love the magic of Disneyland Paris; the moments shared in Europe’s number one tourist destination last a lifetime. But being the most popular tourist