But that’s not all for Marvel fans at Disneyland Paris. Disneyland Paris is also re-imagining from October 2018 one of its Resort Hotels into a universe that would make Tony Stark proud. Disney’s Hotel New York – The Art of Marvel will transport guests to the action-packed, inspiring world of Super Heroes including Iron Man, The Avengers, and Spider Man among others, and will open within 2020.

Don’t miss Marvel Summer of Super Heroes and join some of your favorite characters at Walt Disney Studios Park. It will be THE big event of 2018 and will close out what has already been an unbelievable celebration of Disneyland Paris’ 25th Anniversary. 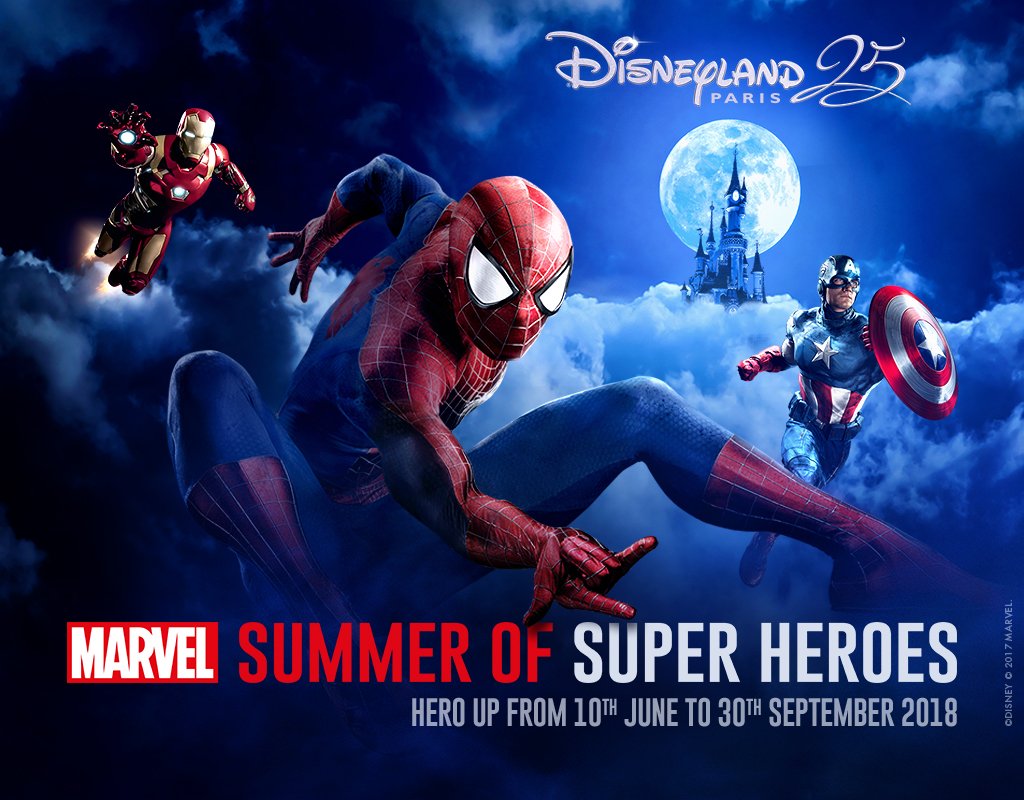