Problem. Once the Christmas season has reached its conclusion, the weather in Marne-la-Vallée turns cold. Very cold. Most theme parks in this part of Europe close for the Winter period, but not Disneyland Paris. It is a year round operation, but they don’t need to close – a lot of Disneyland Paris is indoors. But the resort does suffer during this part of the year, crowds are lower and prices are also lower. And suddenly, along comes a new season with the aim of changing all that: Season of the Force.

What is Season of the Force?

The Season of the Force will take place in Disneyland Paris between 14th January until 26th March 2017, the season will include shows and events relating to the Star Wars saga at the Walt Disney Studios Park.

Shows will attempt to pull guests towards either the Dark side or the Light; the first order will march through the Walt Disney Studios Park with a special appearance from Captain Phasma; there will be meet and greets and Stormtrooper Patrols across Production Courtyard as they hunt out the rebel spies. All this accumulates in the finale of the day during this season, a special Star Wars projection show on the Tower of Terror – but this is no simple projection show, it’ll also feature live characters in the park.

The Walt Disney Studios park occupies an odd place at Disneyland Paris. On one side of things, it is a park that is loved by the management. If Disneyland Paris is getting something new, it’s likely to be at the Walt Disney Studios Park. Take a moment to think about it: Tower of Terror, Crush’s Coaster, Cars Quatre Roues Rallye, Ratatouille, Toy Story Playland and most recently, Mickey and the Magician.

However, what is unique about Season of the Force is that a season has taken the Walt Disney Studios Park as its focus – this is something new. Seasonal celebrations have tended to shy away from the younger park. Christmas has managed to seep into the Studios in the form of a few lights, a modified entrance loop and, in the past, a special parade soundtrack. But this is new, the Walt Disney Studios Park is being given the opportunity to shine in their own right. 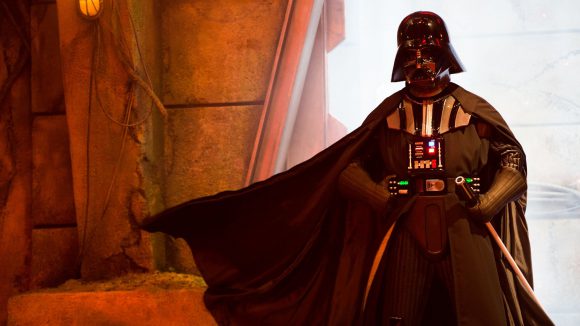 A long critique of the second gate in Paris is that it simply is not a ‘full-day’ park. Providing Mickey and the Magician is extended, this winter could very easily be a season where one could enter the park at 10am and not leave until closing time of 6 or 7pm. The most notable reason for this is the Star Wars projection show on the Tower of Terror.

Star Wars has quite the history at Disneyland Paris, and the Season of the Force is not the first, nor will it be the last, time that the popular intergalactic saga will be a major part of a Disneyland Paris trip. Star Tours is one of the staple attractions in Disneyland Paris and will, in March, see an upgrade to Star Tours 2: The Adventures Continue. Since July 2015 young Jedi have been able to train alongside Jedi masters in order to defeat Darth Vader in the Jedi Training Academy.

Disneyland Paris also experimented last year, upon the release of The Force Awakens, with a Star Wars Night. The event was a moderate success and seems to have served a wider purpose, that being preparing for the eventual Star Wars season. The Star Wars season has been a long time coming, variants have taken place for a long period in the American resorts varying from seasons to the ever-popular Star Wars Weekends.

There is a real buzz around the Star Wars saga at the moment. Disneyland Paris have been terrible in handling this recently, for example closing Star Tours immediately following the major success of The Force Awakens, an event that should have been planned years in advance. In fact, the opening of Star Tours 2: The Adventures Continue will be directly as the Season of the Force concludes in Disneyland Paris. Could this Star Wars offering be run simultaneously with the 25th Anniversary in Disneyland Park? This addition also misses the Rogue One buzz – however it could also ride the tails of its success. Hopefully Disneyland Paris place an advert for this new season before the film this Christmas. 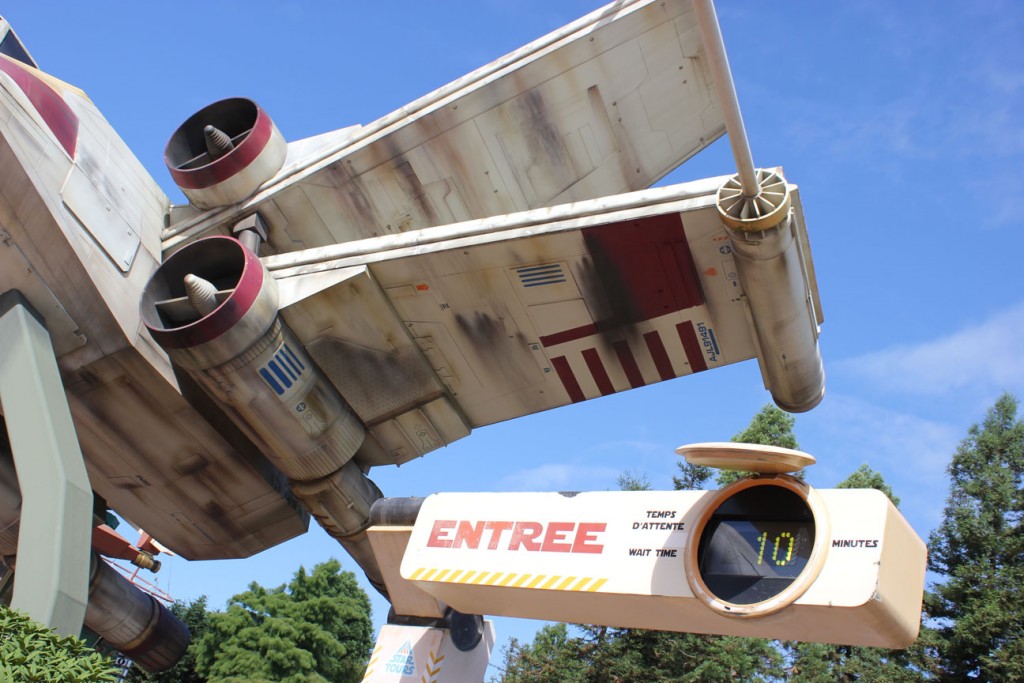 However, having said all this, Disneyland Paris are inviting a new audience to visit the park as a real Star Wars destination in a period that is usually ignored by travelling tourists. This season will be measured on how well it manages to bring in crowds in a season that traditionally is less visited. In this sense, it can only succeed.

It’s about time that Disneyland Paris got its own Star Wars additions in the line up. The fact that there is very little in the parks already that celebrates this film is almost crazy. The return of Star Tours will be a wonderful day. This season acts as a filler in the Disneyland Paris calendar, and it is hard to think of a stronger filler. This will attract new fans, new guests and create a real buzz around a Walt Disney Studios Park that has become a day-long affair.

As somebody who likes Star Wars, I cannot wait to experience this season in the Winter. It’s time to brush out the hat, gloves and scarf and embrace a new season in Disneyland Paris! 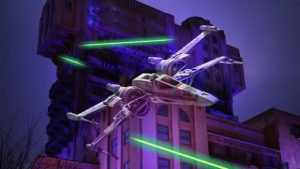 Problem. Once the Christmas season has reached its conclusion, the weather in Marne-la-Vallée turns cold. Very cold. Most theme parks in this part of Europe