Although few of us would like to admit it, we all know that it takes money to make the magic happen. Walt Disney knew this when he build his Disneyland in Anaheim – building and running an amusement park is no cheap business. Some of these stories are widely known, such as turning to ABC for finance – for those who do not know the story, Walt Disney was struggling to finance his park, so he turned to American television broadcaster ABC to help finance the park in exchange for a television program named Disneyland. – Pepsi also sponsored the park upon its opening in 1955, Coca-Cola (a current Disney partner) was also present in the park at this time.

Naturally Disneyland Paris is no exception, the partners program has seen various important steps in the history of the resort from drinks we buy to cameras we use and everything in between. There are many different schools of thought when it comes to marketing, the first being putting the logo directly into your face – You’re going to see it, and perhaps even remember it. – For a Disney park, the preferred way is to somehow merge the company into the plot of the attraction, restaurant or shop; in the most part this has been done spectacularly well in Disneyland Paris (See: Coca-Cola at Casey’s Corner). 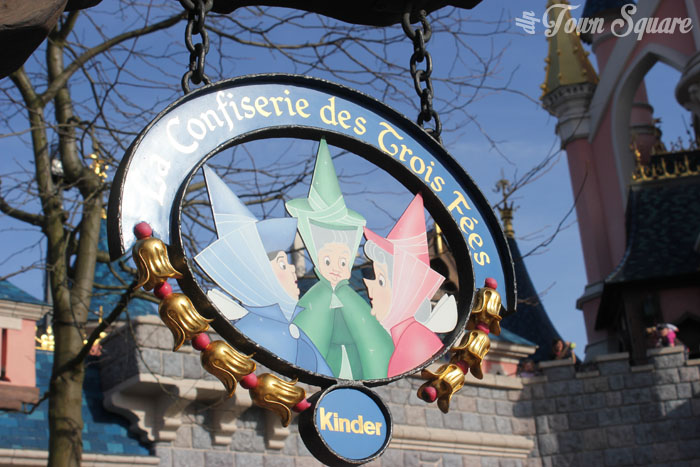 Upon the park opening in 1992, various partners were offering , various partners were offering prizes linked to the opening of the new resort which was aided by the exclusive airtime they received during the inauguration telecast in 1992 on French Television channel TF1. Notable prizes included collections to win pins and t-shirts through Coca-Cola as well as an Esso scratchcard offering customers a chance to stay in the new resort.

An element of previous park sponsorship was that various attractions were sponsored by companies. For example, Autopia was once sponsored by Ford presumably on the basis that Ford provided the engines for the cars. Other attraction sponsors included the Disneyland Railroad presented by McDonalds, Captain EO presented by Kodak, Indiana Jones et le temple du Péril sponsored by Esso. Upon the resorts inauguration – as recently documented by the Disney and More blog – in 1992 an airship can be seen flying about the park featuring the Renault logo who were sponsors of the former Le Visionarium attraction. One of the biggest promotional areas in the entire resort was reserved to It’s a Small World which was sponsored by France Télécom before it became incorporated into Orange; the attraction featured an entire post-show area dedicated to communication in what is now the Princess Pavillion – The room featured telephones ‘calling’ different places. It was a loved feature, but the technology began to feel dated, the sponsor was no longer in existence, it was time for it to go. To some extent, this type of promotional activity can still be seen in the resort, for example Studio Tram Tour still displays the Orange logos whilst the tram is waiting to depart and the Main Street Vehicles signs still display the Hertz logo; however this type of sponsorship seems to be diminishing.

A more logical form of sponsorship can be found in a few shops and restaurants. For example, Coca-Cola ‘sponsor’ Casey’s Corner in a very classy and minimal way such as branded light shades. (See Dedicated to DLP for more). Perhaps the title of masterpiece of store branding belonged to Town Square Photography, this Kodak branded store stocked photography products for guests to use during their stay. Regrettably, the way we have used photography has changed so much in recent years that the store was rendered obsolete, the company went bankrupt and ended all sponsorship deals, including the agreement with Disney. The boutique celebrated the founder of the Kodak company Mr. George Eastman by naming the studio ‘The George Eastman Studio’, the Kodak company donated a large amount of photography related props to create what was perhaps one of the biggest photographic collections in the world. Kodak also worked with Disney Parks to create immersive shows such as Captain EO and Honey I Shrunk the Audience! 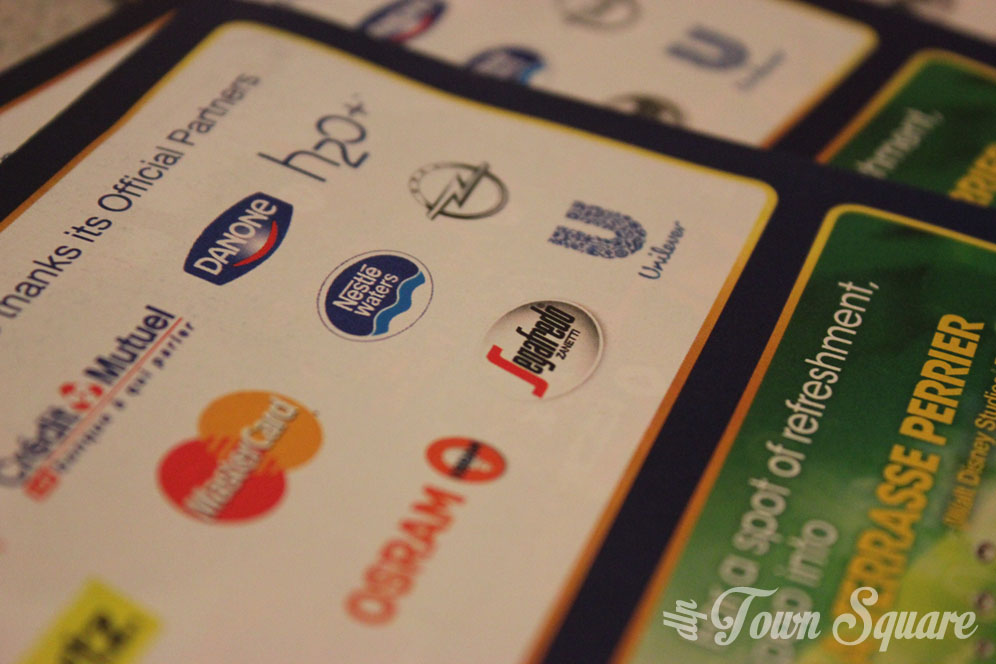 Turning now to today, and what do present day sponsors of Disneyland Paris do for the company? The answer is complex and incredibly varied.

Hertz, as previously mentioned maintains its sponsorship of Main Street Vehicles as well as providing the Disneyland Paris park stroller services. Unilever provides Disneyland Paris with a selection of products from their portfolio including Carte d’Or and Ben and Jerries ice cream, to best illustrate this partnership the brand associated themselves in 2007 with the Gibson Girl Ice Cream Parlor on Main Street USA as well as a few other properties in the resort. Opel provide Disneyland Paris with the vehicles using electrical solutions to help better the environment and the resorts carbon footprint. Osram are the official lighting partner to Disneyland Paris, this is no trivial job, with thousands of lights in the resort using old technologies; OSRAM will help to replace these lights with more environmentally friendly alternatives, lights can be adapted to the situation and use motion sensor technology to save electric waste. Osram certainly have helped reduce the resorts carbon emissions. Finally, Coca-Cola have also developed an environmentally friendly solution for the parks, this time in recycling with both traditional recycling bins as well as using recycled materials in areas of the resort.

The Disneyland Paris partner scheme has changed over the years of its existence, at present it seems as if these sponsors are becoming increasingly less visible; they are however maintaining the good work they do in their fields. Disneyland Paris benefits from these companies and their expertise.

So, next time you’re in Disneyland Paris, check the back of your park map and read the names of those companies who have helped make the resort what it is today.