Rewind is a celebration of Disneyland Paris history, the past of any Disney park is a beautiful thing to study, but especially so in the case of Disneyland Paris. Being Disney’s first (and only) European resort, challenges unique to Paris were encountered, but also cultural elements have had to be taken into account. Join with us as we discover the magical history of the happiest place in Europe. 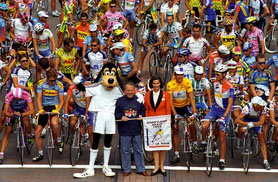 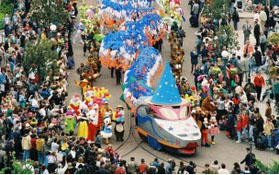 Each day, thousands of people pass through the station doors to either begin or end a magical stay, thousands others use it for their daily commute to the busy capital city of Paris. We chart the history of one of the most important buildings in the resort. 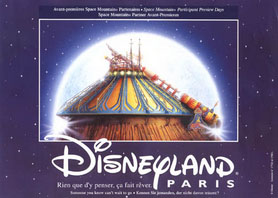 As Space Mountain launched, amidst all the hype, perhaps one of Disneyland Paris’ biggest advertising campaigns ever was launched. It was one of significant importance, it was also to save Disneyland Paris from its financial woes. We take a look at the publicity surrounding the 1995 and 2005 launches. 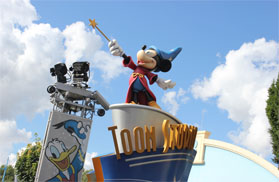 In 2007, Disneyland Paris launched their comprehensive advertising strategy yet, the 15th Anniversary was an entire year celebration of the resorts 15th year of operation which involved launching parades and attractions – a celebration which eventually got extended. 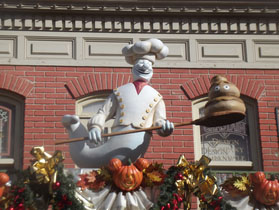 Since 1997, Disneyland Paris have celebrated the Autumnal celebration of Halloween filling the gap between the end of Summer and the Christmas season. We take a look at the season’s complete history and its wider implications on French society. 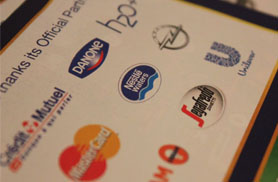 Although few of us would like to admit it, we all know that it takes money to make the magic happen. Disneyland Paris has had a wide range of sponsors which have been integrated into the resort in many different ways. Take a tour with us as we discover some of these ways and who are the big names in Disneyland Paris history.