In 2017, Season of the Force made its debut in Disneyland Paris. The season was centred in the Walt Disney Studios Park and was widely regarded as a success by both fans and regular guests. In 2018, the season made its welcome return and featured activities in the Walt Disney Studios park and a number of (year-round) Star Wars attractions in Disneyland Park that were closed for refurbishment during the 2017 season.

The main features of Season of the Force were in fact the same as last year with shows including Star Wars: A Galaxy far, far, away; Star Wars: A Galactic Celebration and First Order March. These events are slightly modified this year either to take into account Star Wars: The Last Jedi, to increase the presence of Rogue One: A Star Wars Story or to take best advantage of increased technology installed in the park since last year. These additions blended seamlessly into the shows and indeed sometimes allowed for parts of the shows to be reworked, the result was a more enjoyable show which takes better advantage of new additions to the saga that have proven to be so popular. 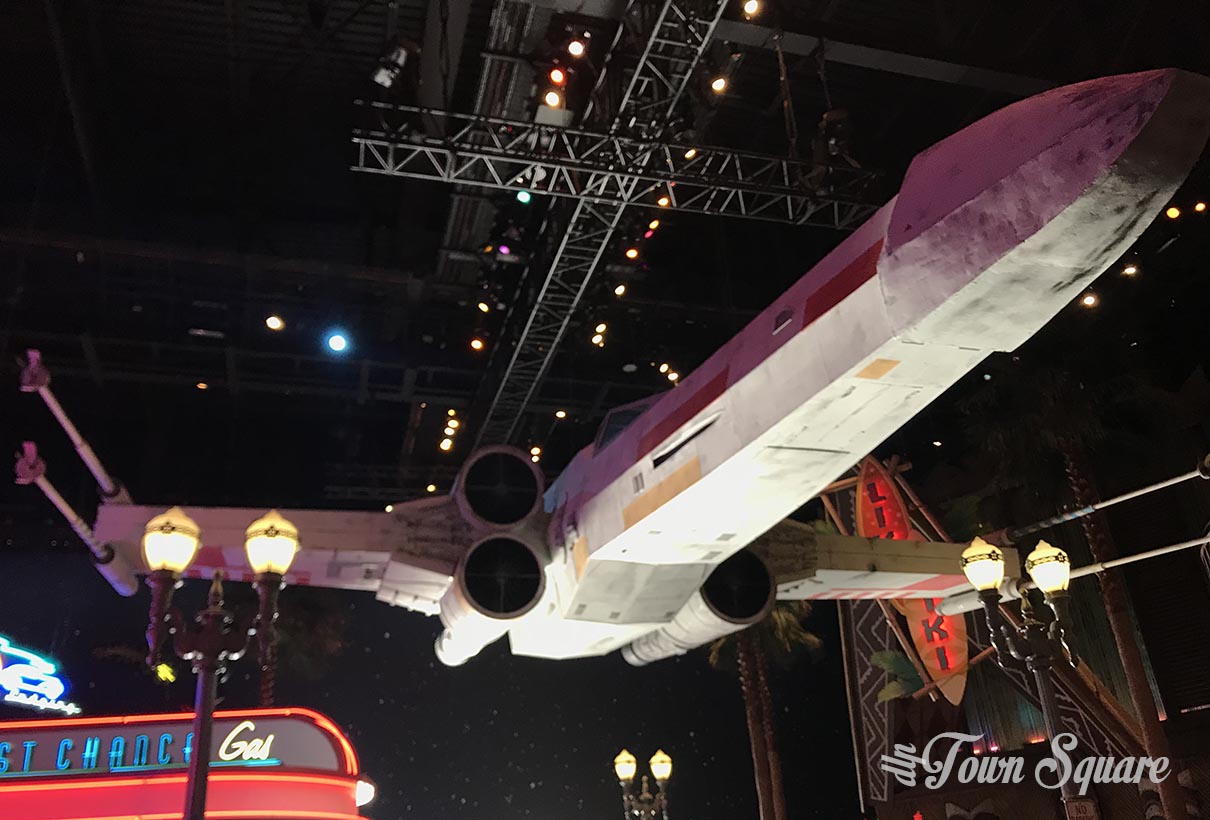 In the two main stage shows, Rey finally makes an appearance as a character on-stage which really does allow for Disneyland Paris to take advantage of this incredibly popular (and important) character in the saga. Also added were the Death Troopers from Rogue One which look incredible.

The First Order March has seen a significant boost in Stormtroopers parading which is also very welcome as last year was in some ways lacking in that department (although the show was still fantastic to watch). This has the added bonus of allowing more guests a better view of more Stormtroopers. The main element of the show has not been significantly changed and is still short although enjoyable (particularly when paired with Star Wars: A Galaxy Far, Far, Away which can take place just 2-3 minutes later). 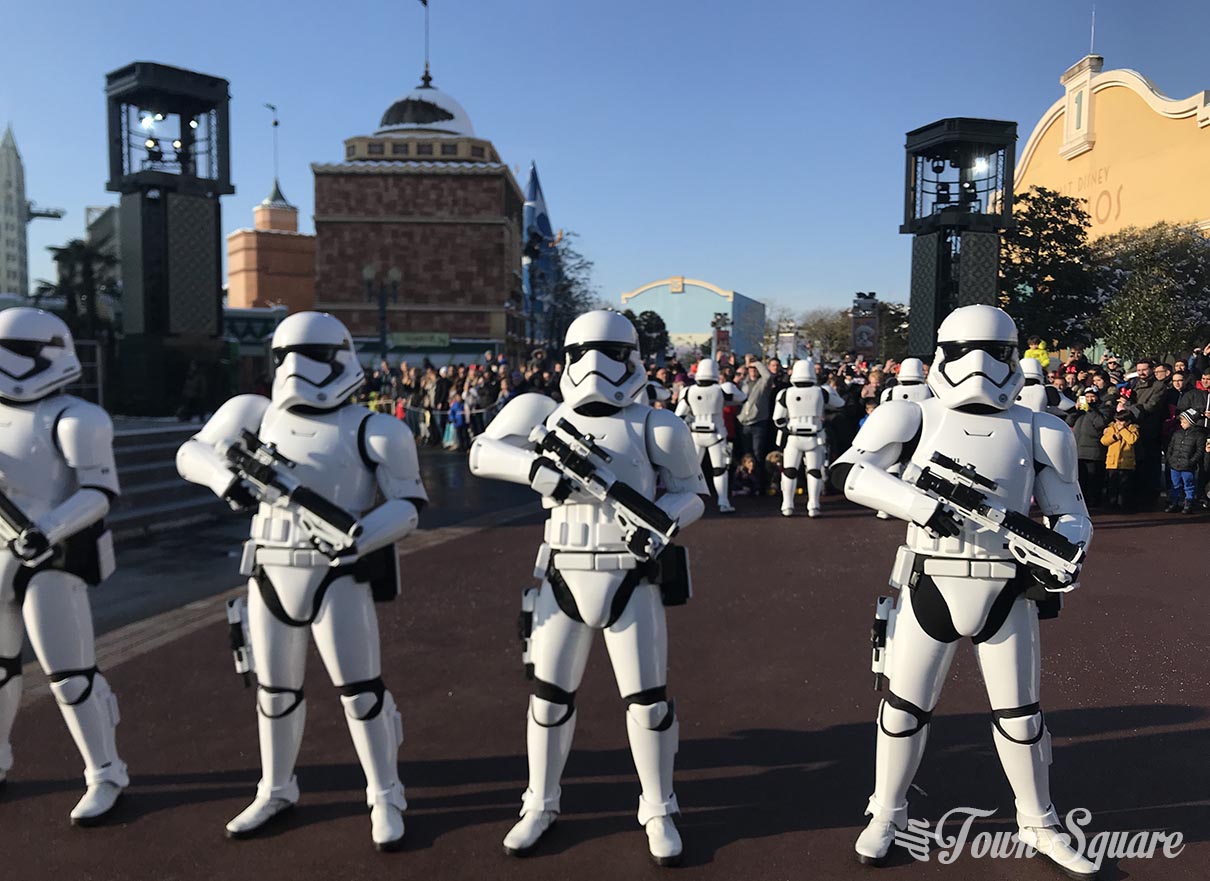 Perhaps the biggest addition this year (both literally and metaphorically) is the addition of Star Wars vehicles in the Walt Disney Studios park. Words cannot emphasise how big some of these vehicles are; the Tie Fighter which hangs over the exit of Studio 1 is especially impressive and has a distinct wow factor, especially when paired up with the X-Wing which faces it. These vehicles are all fan creations, but the level of detail and quality is exceptionally strong. 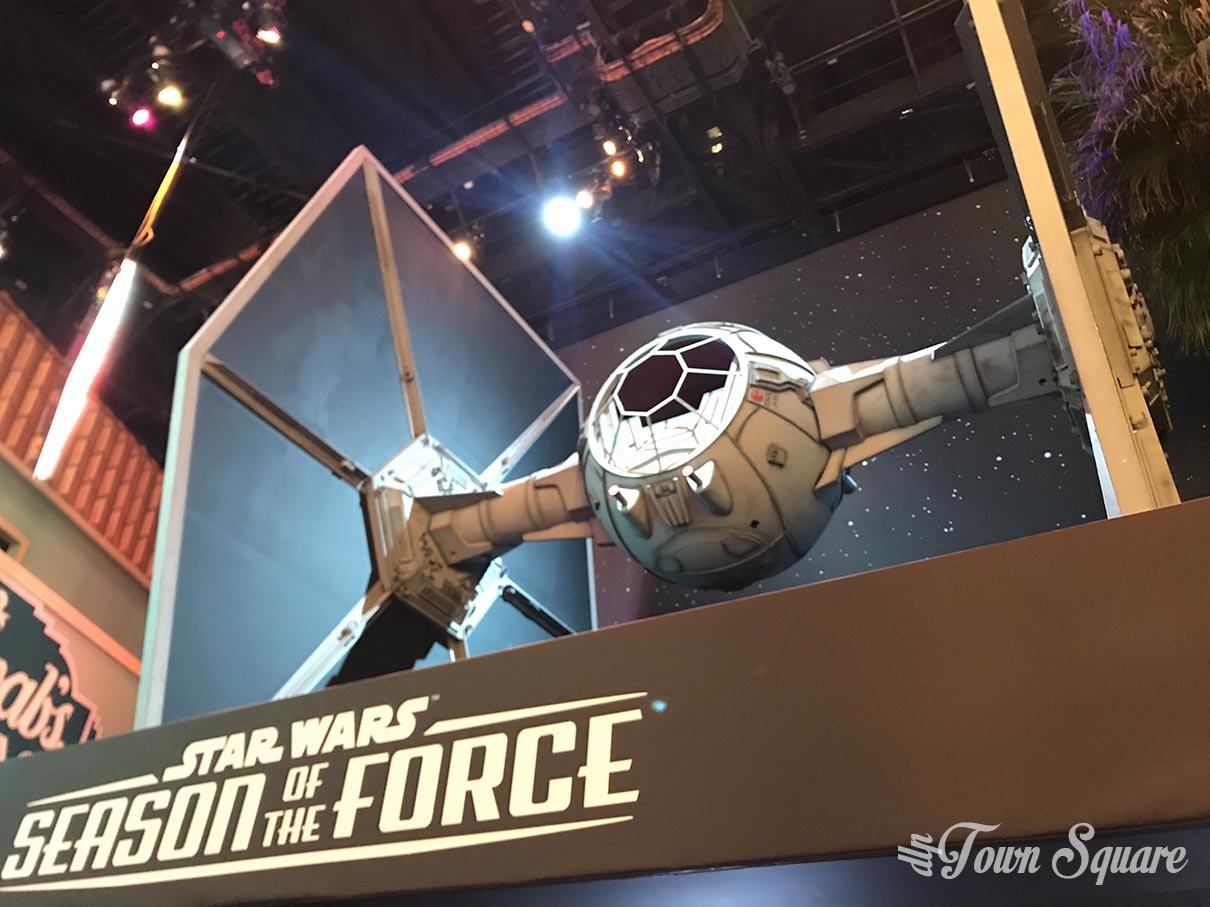 A special mention must go to the fact that Disneyland Paris has not forgotten Rogue One: A Star Wars Story in the exhibition of vehicles, these little touches and explanatory plaques were a lovely surprise for the season and we can only hope that they return next year. 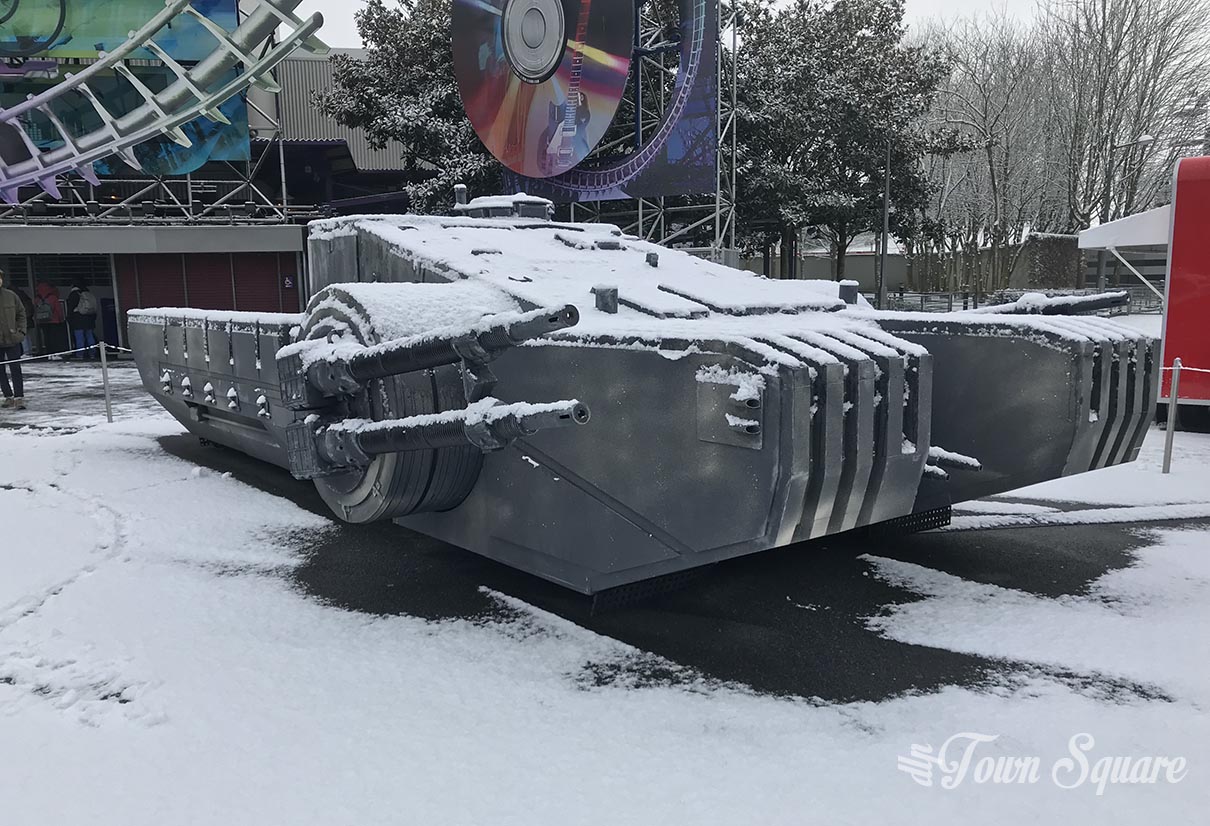 Whilst not ‘special’ for Season of the Force it must be mentioned that this year Star Wars has a presence in Disneyland Park. Unfortunately this was lacking last year due to the refurbishment of Star Tours and Hyperspace Mountain, we have also seen the addition of Darth Vader at Starport and Star Wars being included in Disney Illuminations. Whilst these additions are not special for Season of the Force, they do enhance the Star Wars presence in the resort and so can only be a positive for any Star Wars fans planning a trip. 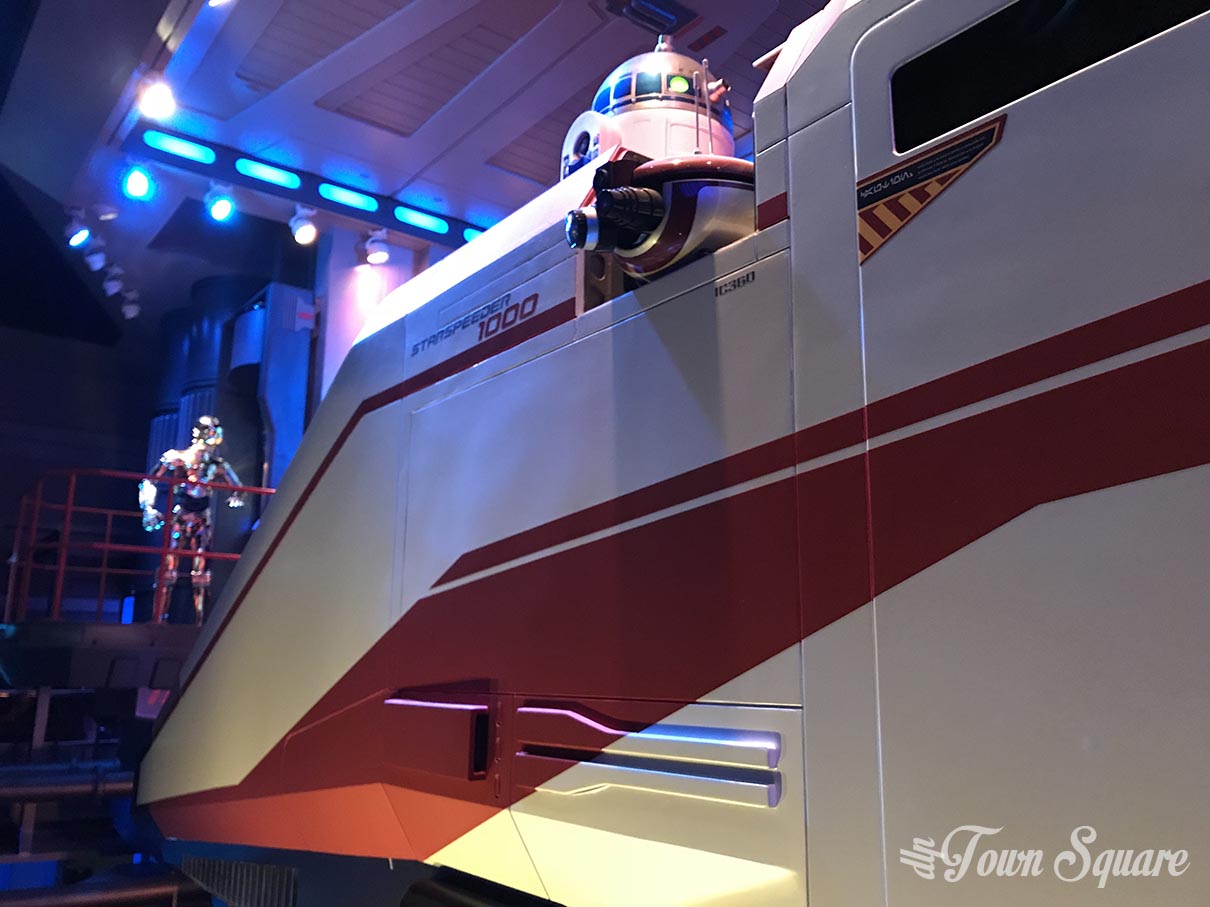 With Disneyland Paris focusing on these exciting seasonal events, it is quite likely that Season of the Force will return for a new round in 2019, it can also be assumed that Disneyland Paris will be tweaking what things during the preparation time as we run up to January 2019. The big missing thing from Season of the Force is the distinct lack of Star Wars character meet and greets; it is true that Darth Vader and Stormtroopers can be met, but we are missing characters from the new trilogy and any characters from the Light Side. We can only hope that this is something that Disneyland Paris can work on to win some easy points next year.

Season of the Force is a very fun season that grows year on year, this year the modifications and additions are very strong. The season has a firm base on the Disneyland Paris calendar and it can only be hoped that it continues to grow and boost the appetite for Star Wars in Disneyland Paris in the years to come. 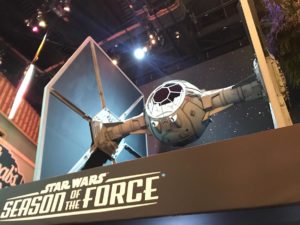 In 2017, Season of the Force made its debut in Disneyland Paris. The season was centred in the Walt Disney Studios Park and was widely