Ratatouille: The Adventure – The Fantastic new addition to Disneyland Paris

The second gate at Disneyland Paris has been plagued by difficulties since its opening day in 2002; various improvements since then have greatly increased the parks attractiveness, but nothing comes compares to the level of investment and expectation placed on Ratatouille: L’Aventure Totalement Toquée de Rémy. It delivers. Ratatouille: The Adventure (as the given English name) is a trackless ride using 3D projections on a larger than life scale. 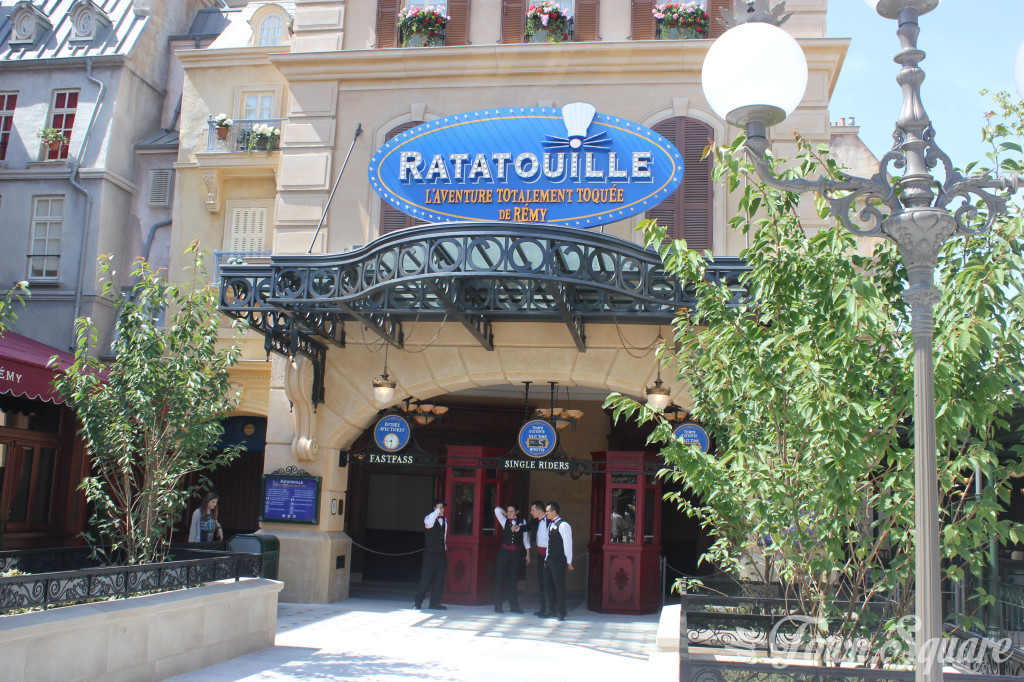 The immediate striking feature is the gorgeous entrance arch themed on a Parisian theatre. The arch features an art deco style. Even the name of the sponsor, Crédit Mutuel, has been delicately placed at the attraction entrance further enhancing the Parisian theatre that Disney’s imagineers seeked to re-create. In a stroke of brilliance, this ride has been designed to accommodate three separate queue lines: Standby, Single Rider and FastPass; the longest of which is the standby line which extends outside into La Place de Rémy. This exterior section is reasonably ordinary. A chic Parisian market place offers a standard out-and-back queue. There are a few hidden gems here including advertisements for Gusteau’s frozen food range amongst others. The real treasure is the queue interior, or scene Zero as the imagineers referred to it as – that should give some indication of how important it is. At this point it should be noted that you’ll only see this if you wait in the standby queue. Single riders, you’ll see a fragment of it – unfortunately if you use Fastpass, you’ll miss it; this is the big shame of the attraction. Stop for a moment here and take it all in. A woman will sing Camille’s Le Festin, Gusteau will talk in English and French, he’ll move and more. Dogs will bark, you’ll hear police sirens before someone yells SILENCE. In short, you are in Paris; and it feels like it – One word: Immersion. 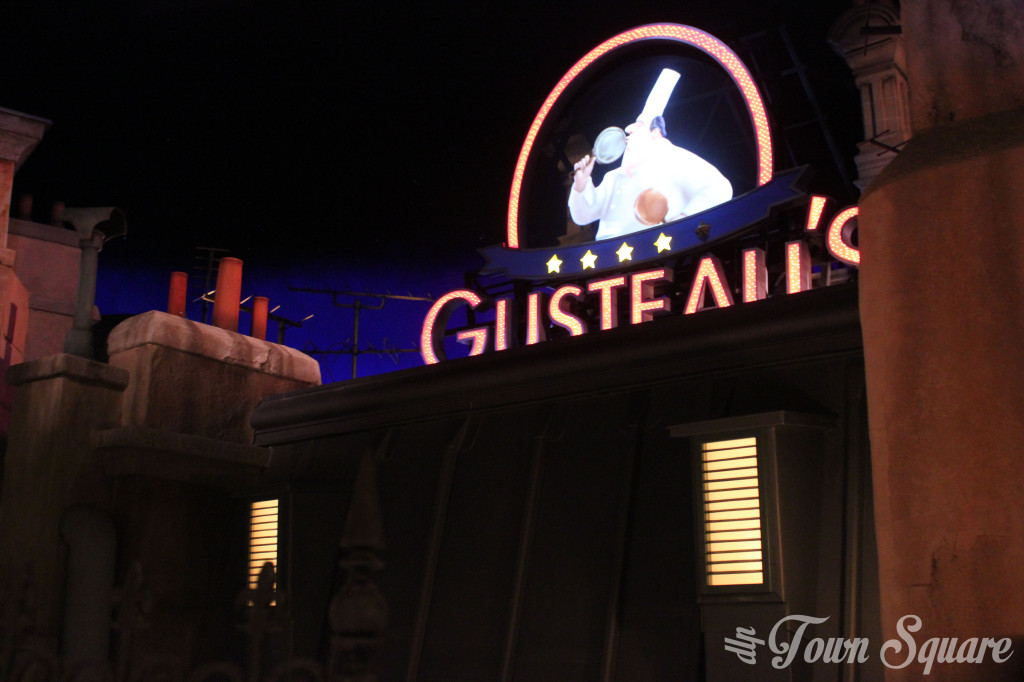 We enter the rooftops and stroll through some dark corridors where we are given our 3D glasses. Scene One opens up and is presented to us – The rooftop load area. If this isn’t the world’s best attraction loading area, I don’t know what is. Everything about this is stunning. Firstly, let’s break it down technically – Six Ratmobiles can be loaded at the same time. This is broken into three for standby and three for Fastpass, single riders take the middle queue line and so can join any Ratmobile. A Ratmobile is a six person vehicle taking three people per row with a standard lap bar. 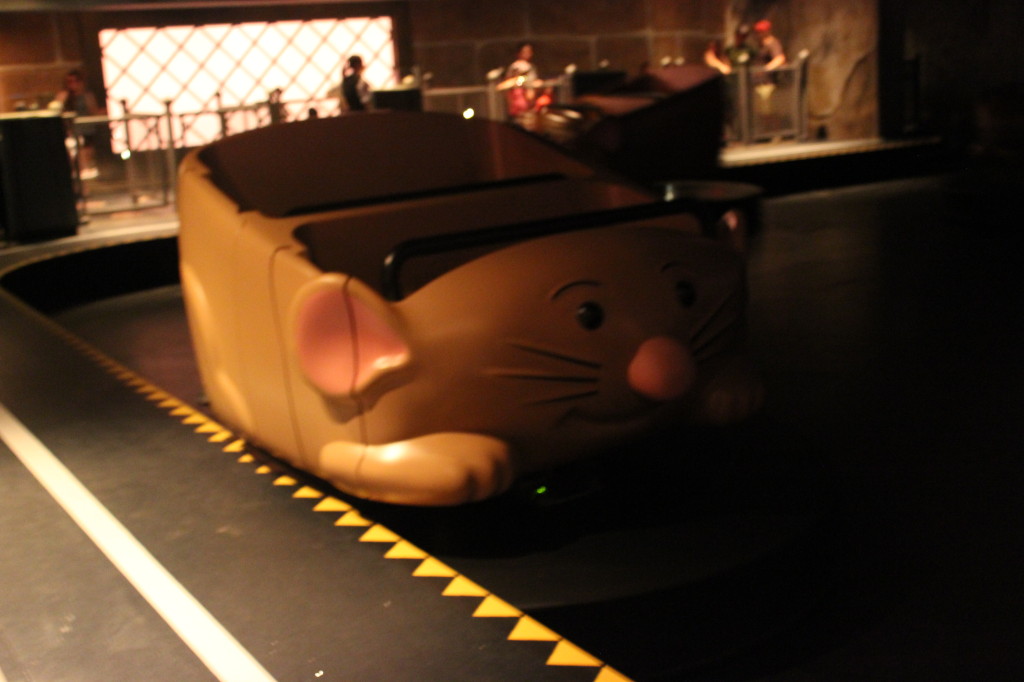 Much like the preshow, the rooftops look mighty impressive. Any questions you may have about being rat-sized will end here. As the Ratmobiles pull away from the loading area, they begin spinning and turning in what can only be described as a technological ballet.

Scene Two is still on these rooftops, but now we are gracefully moving through them surrounded on all sides. This is where we meet the ghost Gusteau for the first time. “Remy is waiting for you”, we turn a corner into a domed screen and enter scene 3. Rémy is indeed waiting. We are on the roof of Gusteau’s restaurant looking down on a busy, bustling kitchen whilst deciding on what to cook. Suddenly the window skylight opens and we fall in. Now we’re scattering around the kitchen looking for an escape. This comes in the form of the pantry, scene four.

Props-Wise this is a marvel and there are some real ‘blink-and-you’ll-miss-it’ moments. Take the giant 1.2 ton ham – You’ll have to look up! A cute animation plays on the door of Rémy telling Emile to note eat the food. This is the scene you’ll need to do multiple times in order to best take it in. Three Ratmobiles take three different routes through the scene each offering a new and different viewpoint. Lookout for the prying rats watching us manoeuvre through the food store.

As we head back into the kitchen, we enter Scene Five. Skinner is aware that there are rats in the kitchen and Linguini tries to hide us using his mop. This is the first time water is used which is done to great effect as we are essentially mopped away and enter the oven – we actually move sideways here further enhancing the conception that this is an involuntary movement. Danger is still out there, we are in a living, working kitchen after all! The oven switches on sending us into a moment of heat before we scurry under the food card. A small criticism here, the heat is a very short section of this scene; another second of heat would really make a huge difference.

Scene Six takes us into the restaurant where we see Anton Ego dining. Look to your sides, the giant cart wheels are moving. We’re spotted and back out we go with a chase through the restaurant dining room. With the help of Linguini we escape “Dépechez-Vous, GO GO!”.

We enter the walls and Scene Seven begins. This is probably one of the best realised scenes as we, our three Ratmobiles, are sent into separate domes creating a very intimate adventure. Chef Skinner sees us and breaks his hand through the vent sending vibrations through the Ratmobile in a mouth-opening 3D moment. “C’mon Rémy’s kitchen is this way”, the smell of bread fills the air – Rémy is preparing an Entrecôte of steak. We enter the kitchen down a ramp and go through it before seeing rats attempting to open a bottle of champagne. The cork fires into our face, water is sprayed at us and we go flying backwards. Take time to look around and you’ll see that all the rats are doing different jobs, it really is a sight to behold. This is probably Pixar’s biggest and most detailed animation ever – and it shows, it is beautiful. 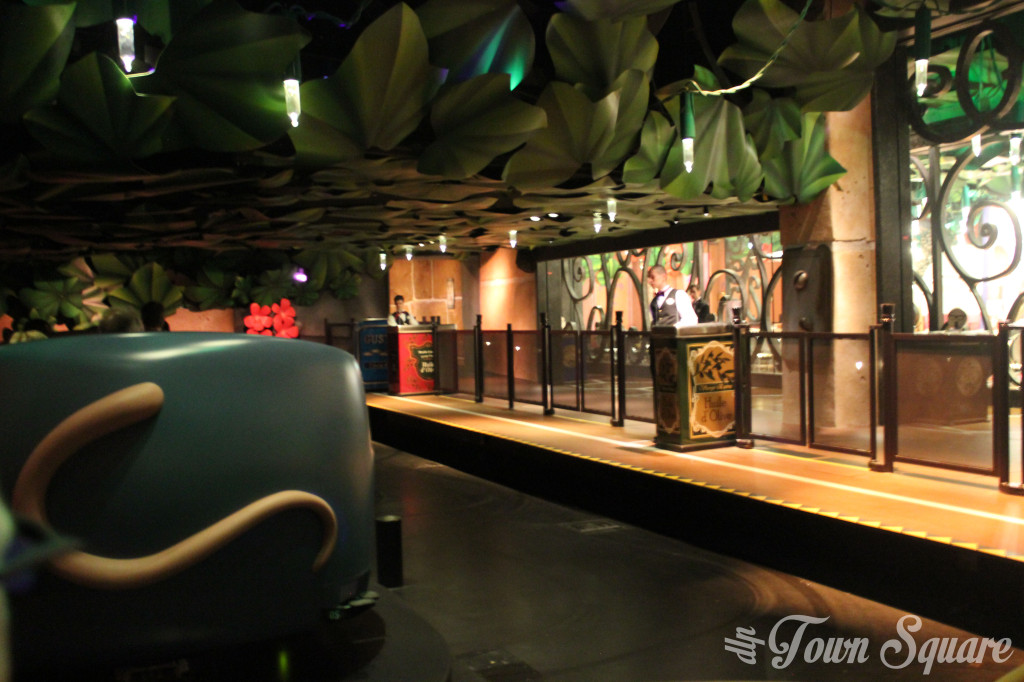 Scene Nine is where we say au revoir to Rémy and Emile as we meet Rémy in his restaurant. It’s a festive atmosphere and different Ratmobiles will have a totally different experiences of it. The unload area is where the technological ballet recommences, another breath-taking sight. Take some time to pay special attention to the 3D glasses drop-off bins which are themed to boxes of tea. From here we can see Le Bistrot Chez Rémy. The exit itself is a long plain corridor, nothing too exciting.

The Ratmobiles are an exciting creation. Probably the most complex theme park attraction vehicle ever, and one of the keys to the success of the ride. It is this that does not come across via video and so makes the attraction essential to actually come and see. It tilts, shakes, goes left, right, side-to-side. It creates an environment that places you in the heart of the action, you are part of this story, not witnessing it. Despite being stationary, the Ratmobiles make you believe that you are moving which is quite the feat.

Another strong point of the attraction is Michael Giacchino’s dream-like score. Having always been a fan of the soundtrack to Ratatouille, it is no surprise that I mention this. However, these original recordings created especially for the attraction are beautiful. On top of that it creates, and strengthens the illusion of Paris.

If I had to criticise the attraction, I would discuss the screens. I was disappointed to be able to see the bottom of the them. If the floor could also projected onto, we would have perfection here. It’s a very minor problem that you won’t even notice if you are looking where intended. 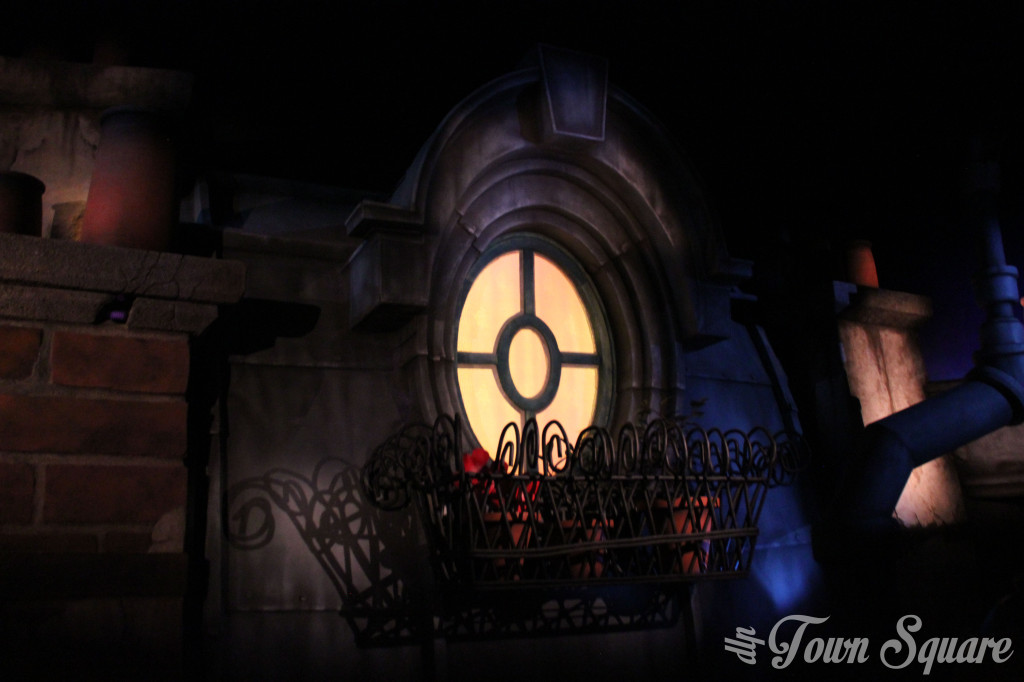 To conclude, Ratatouille: L’Aventure Totalement Toquée de Rémy is fantastic. The balance of projected and prop-filled scenes is spot on. The Ratmobiles are a marvel of the theme park world and the story is incredibly enjoyable. Walt Disney Studios Park needs this ride to be a hit, and it will be. Children were screaming, laughing and generally enjoying themselves. Adults left open-mouthed. Ratatouille is the ride the studios park deserves. Go over and ride it. The video does it no justice. This ride is incredible. 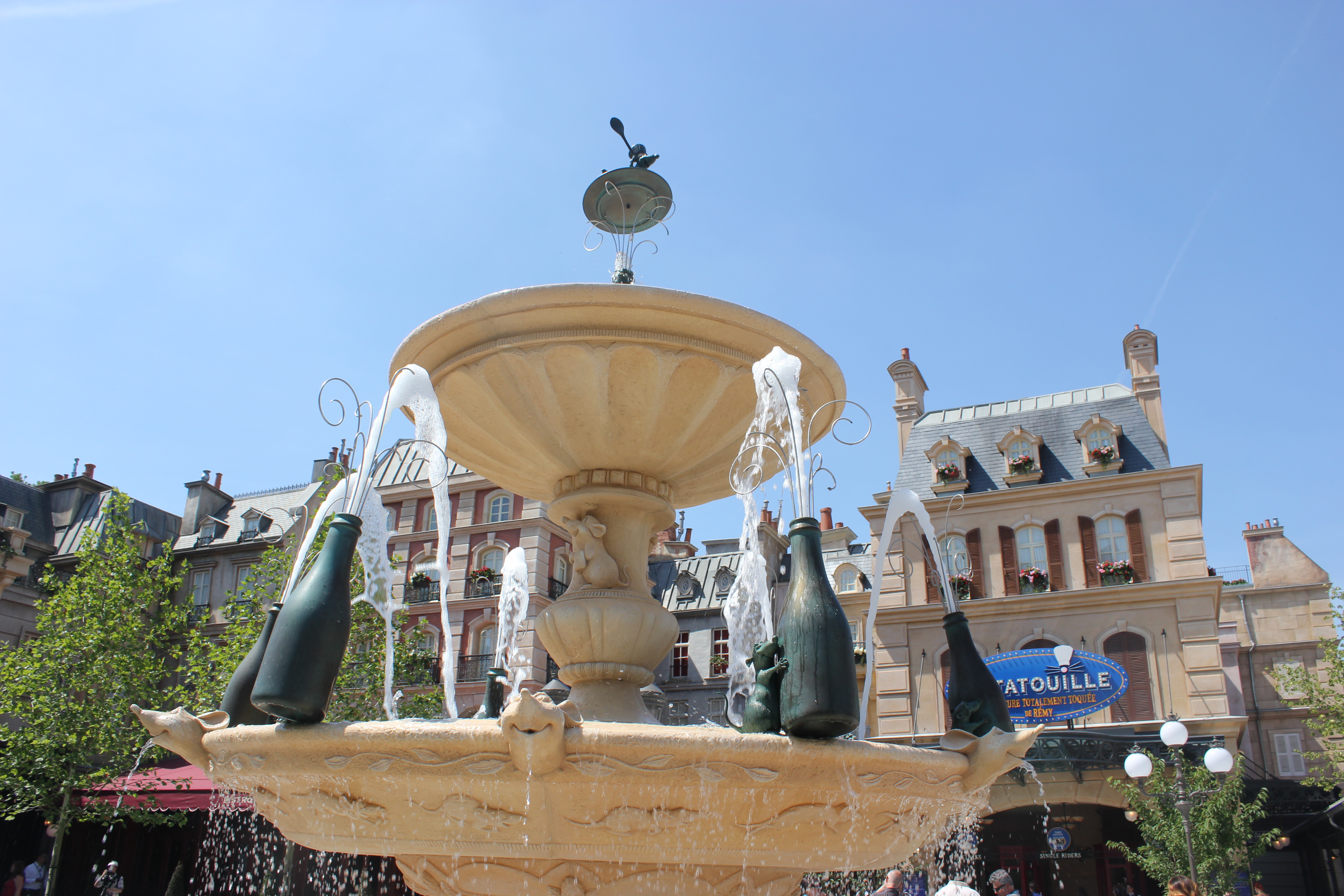 Upon arrival in the Walt Disney Studios Park, we are greeted with the extraordinary sight of Front Lot; a real land that anticipates the excitement 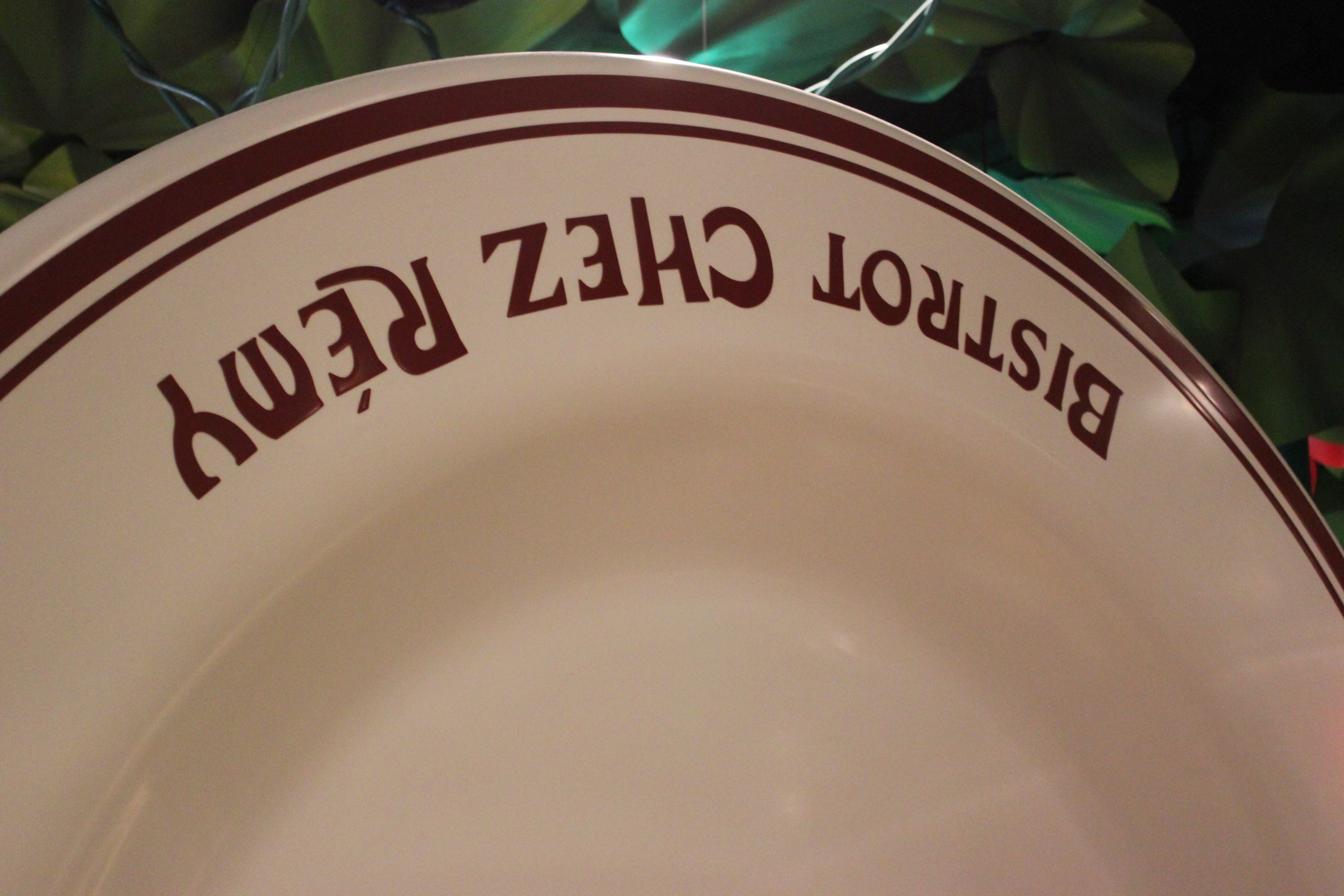 Le Bistrot Chez Rémy is the finest themed restaurant in Disneyland Paris. As we approach the entrance, we see something quite minimalist; it’s a very 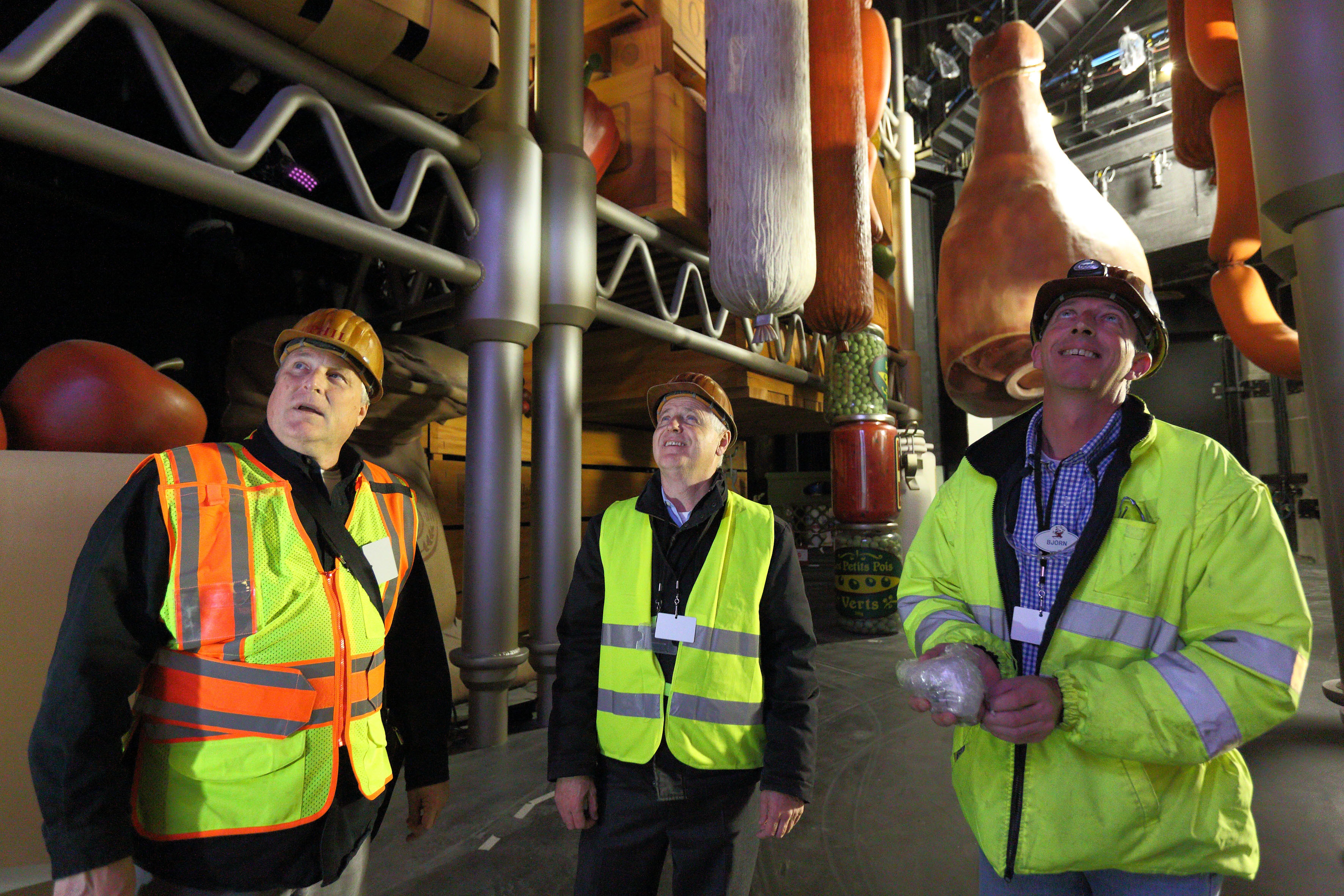 Behind every great Disney attraction lies a team of the world’s greatest creative minds: Imagineers. Myself, along with around fifty other fan tweeters and bloggers 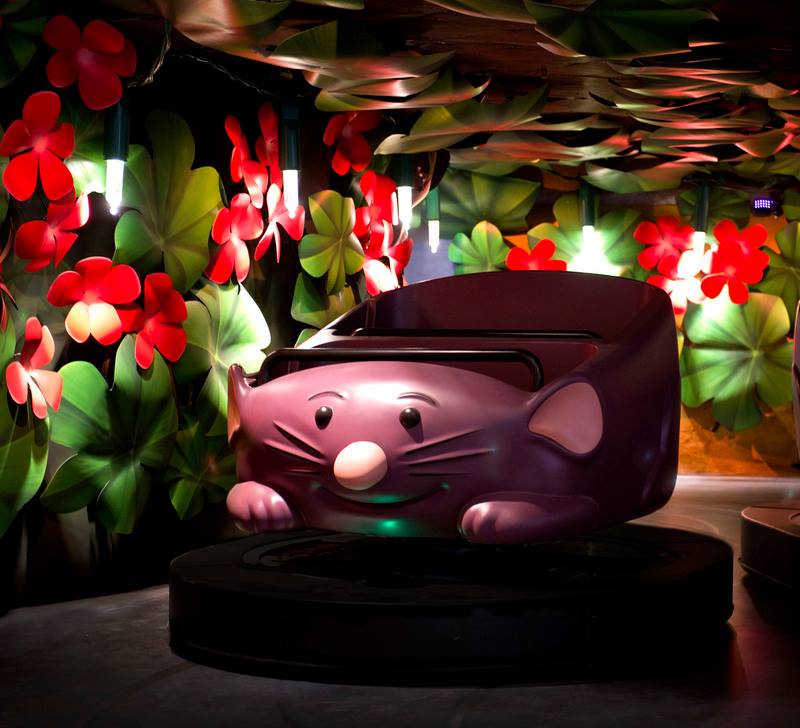 Today is a good day to be a Disneyland Paris fan! It seems the Walt Disney Studios Park has finally come of age as Cast

Dear Annual Dream Passport Members, We would like to begin by apologizing for the problems encountered when registrations opened for the Ratatouille preview event. We