The rumour mill at Disneyland Paris spins often, loudly and mostly erroneously. Most of the time, Disneyland Paris fans have come to ignore rumours unless undeniable proof emerges causing them to be used as unconfirmed fact. In April, a rumour emerged that the famous Dole Whips were to arrive at Disneyland Paris. Instead, Disneyland Paris created the Pineapple Whip. For those of us, including myself, uninitiated in the American Disney Parks culture, a Dole Whip is described as:

The popular dessert, served in a cup or in a glass of pineapple juice as a float topped with a maraschino cherry and Polynesian paper umbrella, is a benefit of Disneyland’s long-standing relation with Dole Foods, corporate sponsors of Walt Disney’s Enchanted Tiki Room. For many years, the snack bar at Disneyland was opened only sporadically; it may be surmised that pressure from park guests as well as Dole itself coupled with the park’s new management played a role. –Disney Wiki

Disneyland Paris has not had a snack culture before, for Europeans the idea of signature snacks is something of a new one. The Pineapple Whip, therefore, is a new entry in the Disneyland Paris offering.

We need a little controversy!

The Dole Whip emerges into Disneyland Paris, only for fans to discover that this frozen treat is not a Dole Whip at all, in fact Disneyland Paris have created something new. The Pineapple Whip is a vanilla ice cream floating in delicious pineapple syrup and fresh pineapple juice. But for Disney fans, this was not good enough. ‘A cheap imitation’, ‘disapointing’ say some Disneyland Paris fans. Allow me to put these criticisms to rest.

Firstly, nobody officially announced a Dole Whip coming to Disneyland Paris; therefore, no, you have not been cheated out of an ice cream. Secondly, this is no cheap imitation, this is a snack that has been inspired by the American counterparts not a ‘blatant rip off.’ Using this logic, Tangled is a blatant rip off of the original Rapunzel story (and all Disney stories take this route). 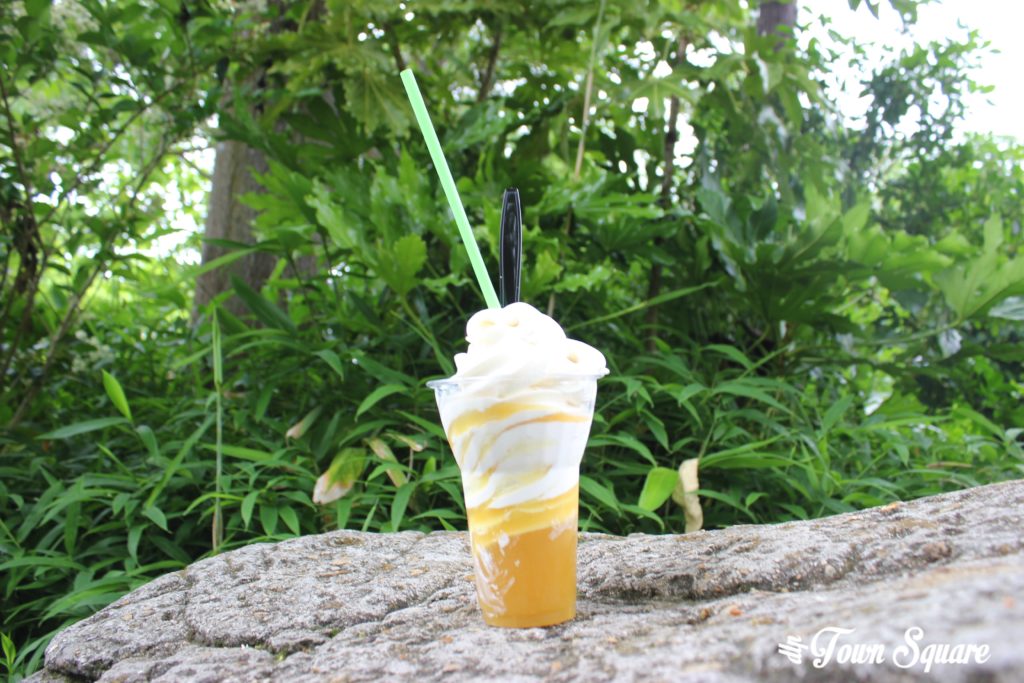 During my trip to Disneyland Paris for the Mickey and the Magician press event, I couldn’t stop myself from trying one of these, already infamous, Pineapple Whips. I walked over to Adventureland, and placed my order. I watched the Cast Member make my ice cream in anticipation of what followed.

The ice cream looked tempting; it was exactly as described, vanilla ice cream in pineapple juice. I took my first sip and I loved it. The flavour is extremely strong, the pineapple refreshing and the ice cream of a very high standard. This is easily the best, and most unique, ice cream treat we have in Disneyland Paris. It tastes fresh and has a nice tangy bite to it.

In short, the pineapple whip is a nice, refreshing snack. A snack that is worth celebrating and hopefully marks the start of Disneyland Paris extending their afternoon offerings. More like this, and I will be a very happy person. 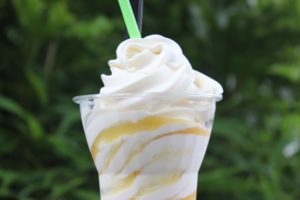