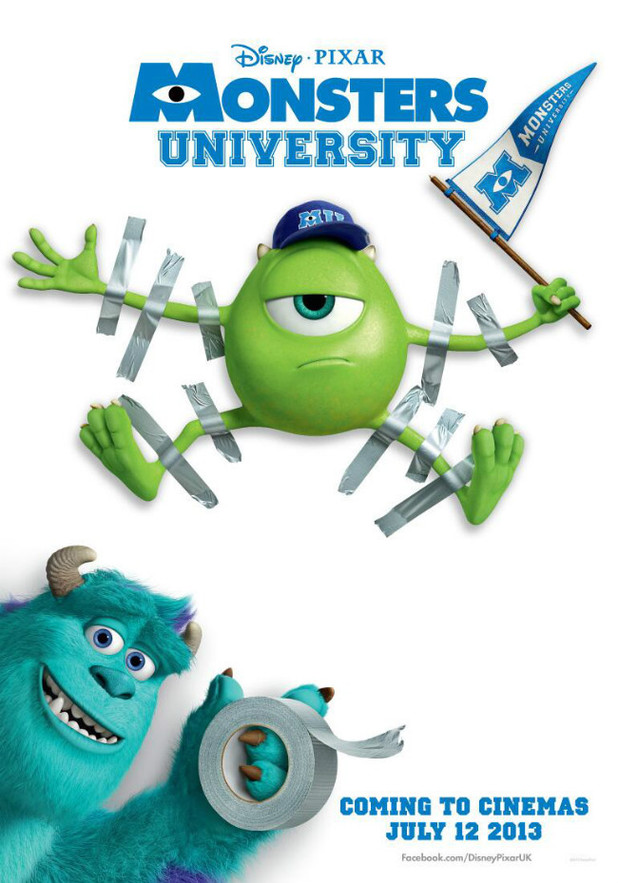 Monsters Inc. was released 12 years ago in 2001 to rave reviews and to this day remains at 96% fresh at Rotten Tomatoes. So in a sense the world has been waiting 12 years for a follow-up to the film. In 2010 we learnt a follow-up was to be made, it was in 2011 that we learnt the follow-up was, indeed to be a sequel. So, armed with our popcorn we went down to the cinema to answer the question, was Monsters University going to meet our expectations?

We saw this film in 2D and we felt that was the best way to see it, there was nothing in the film that made us feel like we’d gain from the 3D aspect of the film.

Plot: Monsters University is, essentially, the story of how Mike and Sulley met each other and became the formidable scaring team that is depicted in Monsters Inc.

Monsters University is not a sequel to the original film, it is a prequel and a prequel in which, we felt, you would really benefit from separating yourself from the original as there are a few points that contradict the original film. Graphically, despite being 12 years on, the art style is exactly the same (a bit more progressed perhaps) in Monstropolis, well we assume this film takes place in Monstropolis, the city name is actually never mentioned. One thing I will say about the art style, the scenes in the human world blew me away like no Pixar film has done since Cars, it’s seriously breathtaking.

The films storyline was reasonably strong, the title basically tells you everything you need to know about the film. Our main gripe was how little we cared about the outcome, in Monsters Inc. we were made to care about Boo, there was something at stake. In this film there was equally something at stake, but it was a bit like ‘Well, if that happens, so what?’ It just lacked something to really make me care for the characters.
Speaking of characters, the child Mike was delightful to see and really created a connection with the character further on, and really set out from the first minute that this film is Mike’s story whereas Monsters Inc. was Sulley’s story. The difficulty of a prequel is that we already have our preconceptions of these loved characters, so making Sulley out to be a bit of a ‘jerk’ was difficult to accomplish, however we will all connect with the idea of Sulley being that kid in class who doesn’t make an effort and won’t bother bringing a pen. We really cared for the characters of the Oozma Kappa fraternity, especially Art who was quite easily the funniest thing in this film, despite the fact that for a UK viewer, a fraternity really is a foreign concept.

If what Cars 2 and Brave taught us, is that Pixar is imperfect, Monsters University teaches us that they have a strong set of characters and a good storyline in them. Pixar are on the way back. This film maintains a bit of the charm from the original, and adds something that many kids will enjoy. However, I think it lacks something for the bigger kids audience amongst us. If you are a University student, or have been a university student, many of the scenes will really connect with you as campus life is reasonably accurately represented.
We recommend going to see it, but perhaps don’t expect the masterpiece that was Monsters Inc. 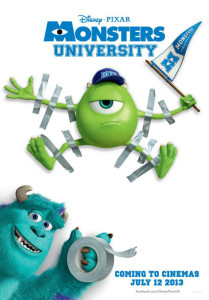 Monsters Inc. was released 12 years ago in 2001 to rave reviews and to this day remains at 96% fresh at Rotten Tomatoes. So in