Mickey Mouse turns 90 years old in November 2018 and to celebrate Disneyland Paris is throwing The World’s Biggest Mouse Party. One of the key features of this party is the opening of a new attraction in Discoveryland Theatre. Mickey’s Philharmagic has been enchanting guests in Walt Disney World resort since 2003 and has since opened in both Hong Kong Disneyland and Tokyo Disneyland. The Disneyland Paris version sees a few small changes to these – or so I hear, I’m actually coming into this review having never seen any other version of Mickey’s Philharmagic.

Does it live up to the hype? That’s actually not the easiest question to answer, but during the course of this review we’ll explore the good and the bad.

Having already established that I have not seen Mickey’s Philharmagic in any other park, I came out having enjoyed the film. It’s a cute film with a lot of Disney references in it. I found myself liking the vast majority of the music choices and it all seemed to work nicely together. The song choices were fine, although not original for a Disneyland Paris fan (Be Our Guest, Part of your World, I just can’t wait to be King, You Can Fly and A Whole New World)were nice and the mix between French and English dialogues in the middle of songs was not at all noticeable and are generally well executed.

The transitions between scenes were particularly fun, especially the great allusion to the Sorcerer’s Apprentice from Fantasia. 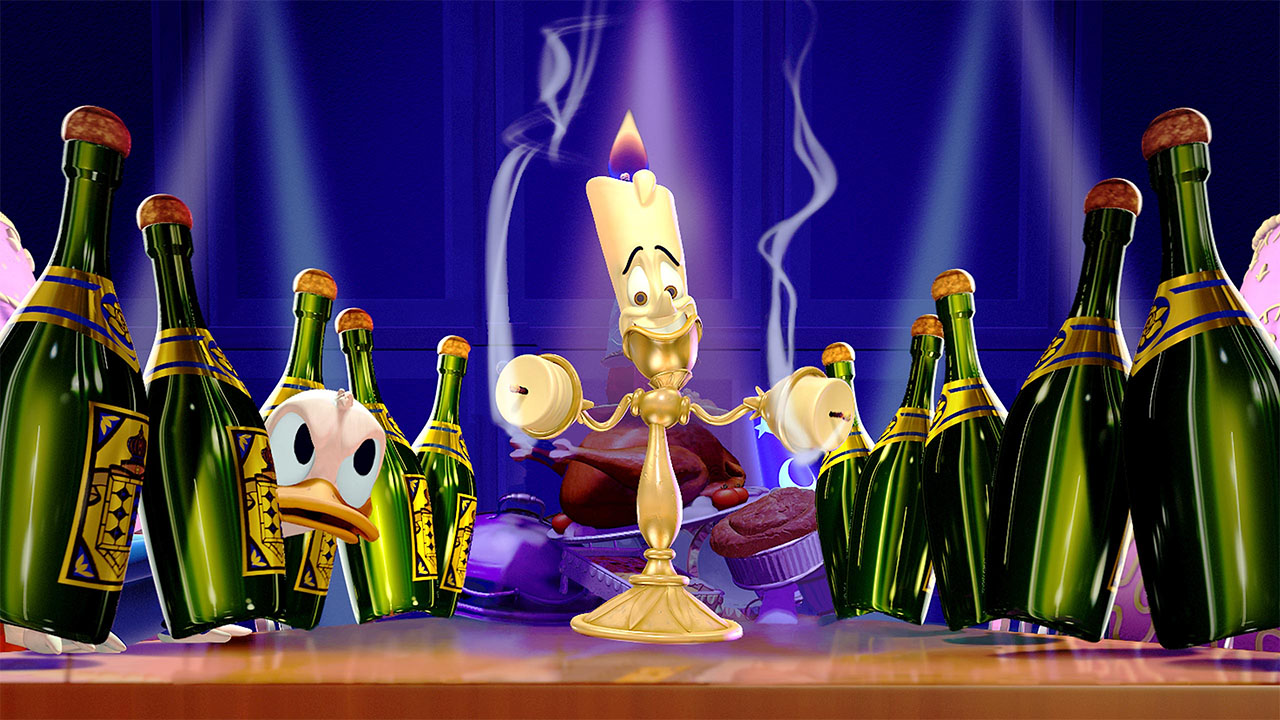 The effects are fine…

Mickey’s Philharmagic is a 4D experience. Upon entering the Discoveryland Theatre you are given a pair of 3D glasses, within the film the 3D effect is generally excellent and has transitioned nicely to the Paris version. It has that nice feeling of wanting to reach out and grab objects as they fly towards you, something that we sadly have seemed to have lost in recent 3D projects (not just in Disney, but in cinemas too).

The 4D effects range from small vibrations in the seats, to splashes of water (when working) and wind effects. These are OK, and are not spectacular. But they are there, they are noticeable and they do add something.

The quality of animation is generally good – it is basic, but there’s actually a lot of charm in that and you very quickly become accustomed to it, much as you do when watching films such as Toy Story. 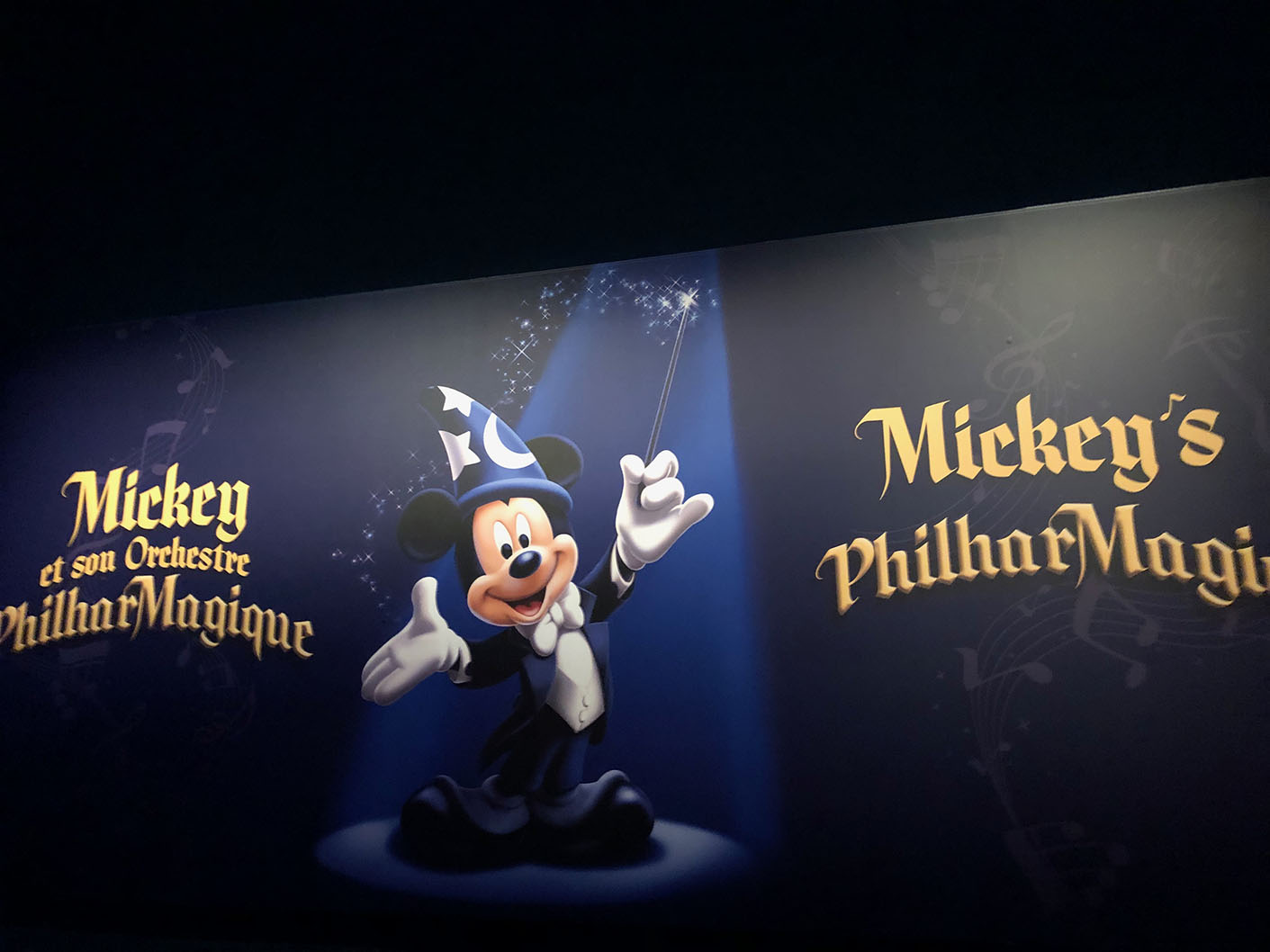 I say pre-show, the reality is that you are shepherded into a waiting room, given a brief introduction by a Cast Member who is reading from a script and have a small countdown on a screen (for up to 15 minutes). It’s boring. Unfortunately there is no other way to describe it. If there is no queue, and the doors are closed, just wait it out before going inside. This needs to be lightened up somehow, even if it’s giving the Cast Member a bit more of a free role to engage with guests and have some fun – there needs to be something done here.

But isn’t it a little bit same-y?

The answer to this question depends on your perspective. If you’re a die-hard Disneyland Paris fan, you’ll be thinking that the show is very similar to that of Animagique or Mickey and the Magician; you’d be right, it’s almost the same song choices. But in the long run, does it matter? Guests enjoy the show, some may sing along and these are very popular pieces of music and presented in a new way.

A fun show, but nothing spectacular

Mickey’s Philharmagic is a fun addition to Disneyland Paris and it is certainly better to have than an empty theatre. It’s not going to set the world alight, but then again it was never supposed to. It exists to be an entertaining experience for guests and an experience that allows guests to take a break from the hectic world of the parks. I can see myself doing the show a few times on upcoming visits, and that’s good enough for me – I clearly enjoyed it enough to go back. 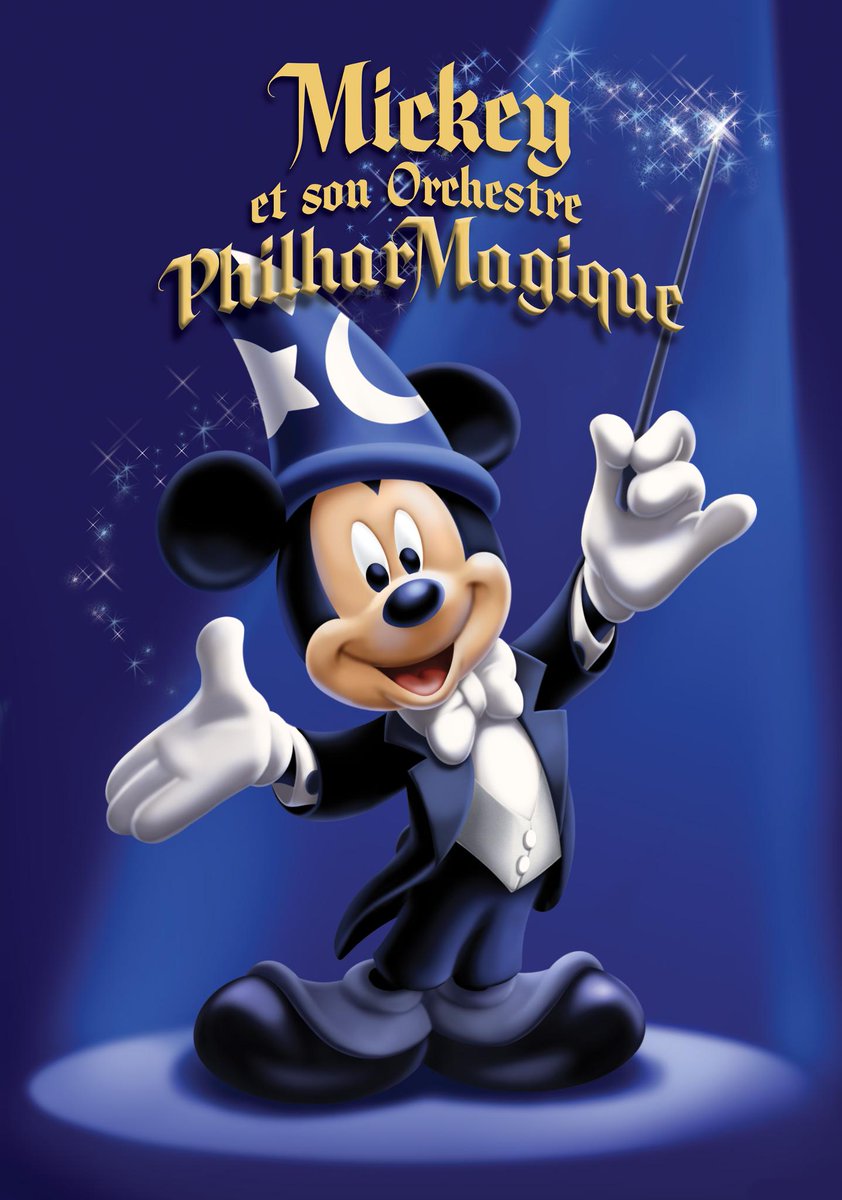 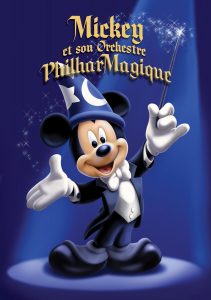