Marvel in the Disney Parks: An awaited success or a unwelcome party

The news that Spider-man could be coming to the Walt Disney Studios Park this spring (Source:DLRP Express) has captured the interest of the Disneyland Paris community. The vast majority of which welcome this news as a huge leap forward for character interaction in our Parisian resort; gone is the addition of even more princesses, here come the superheroes.  Traditionally superheroes have been more targeted at younger boys and in this move Disneyland Paris seen to have introduces the final piece in the character interaction puzzle – there will now be something for everyone. 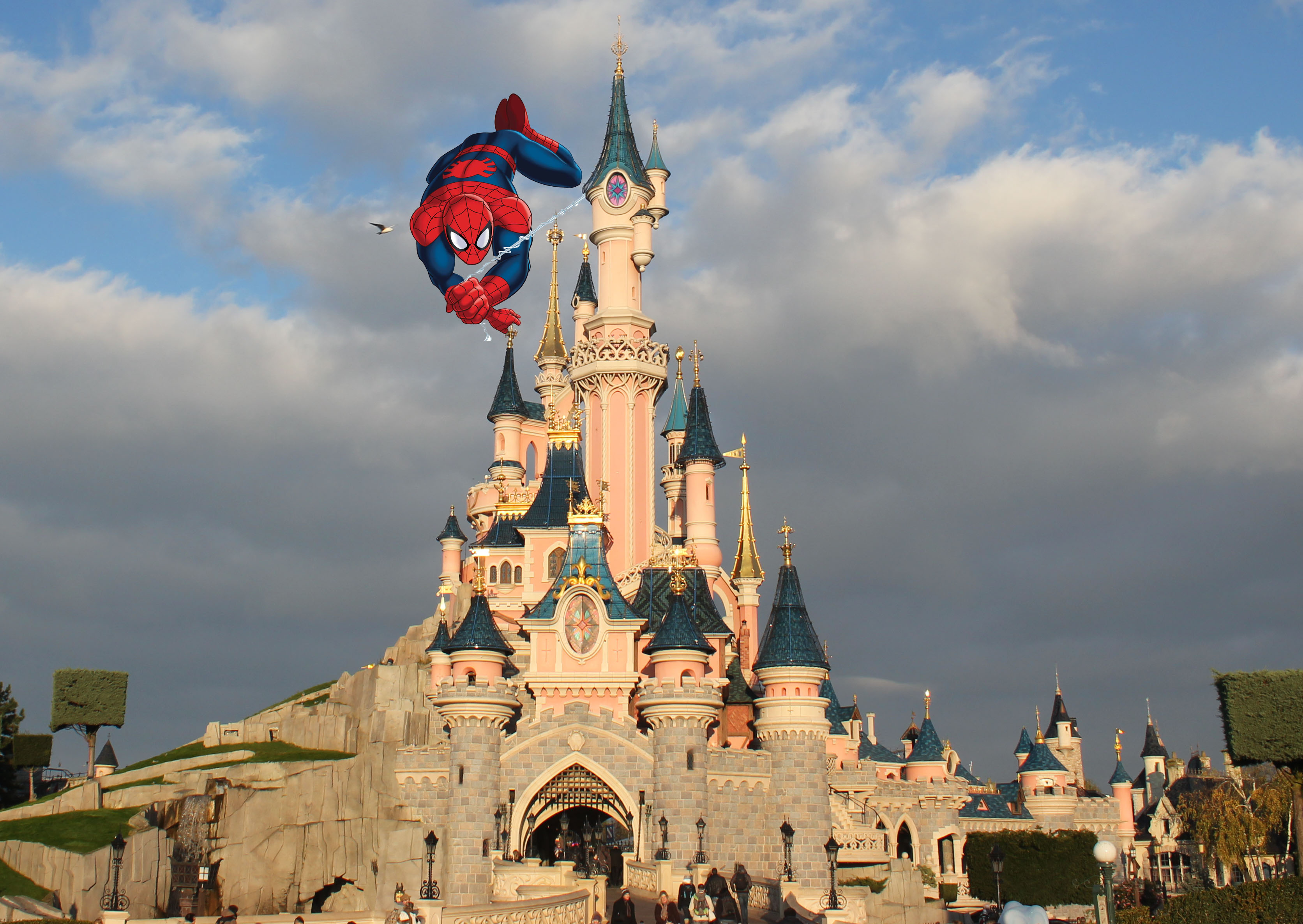 For  others Marvel characters just aren’t Disney much like Star Wars and Indiana Jones is not Disney. It’s hard to argue against this point, whilst the figures and revenue streams all link up to the Walt Disney Company’s bank account, so does your football on ESPN and your LOST dvd purchases – that doesn’t make them ‘Disney’. The Disney brand is more often linked to the children friendly cartoon characters such as Mickey Mouse, Rapunzel and Peter Pan than the light sabre battles of Darth Vader and Obi Wan.

Disney are keen to tap into these new revenue streams provided from Star Wars and Marvel as seen by the revival of the Star Wars film series, this has already begun with the introduction of a Marvel themed experience in Disneyland Resort over in Anaheim (United States of America) – in 2013 an Iron Man Tech exhibit opened featuring many Iron Man suits, this was followed by an equivalent for the Thor films and soon a Captain America experience. Spider-Man in Disneyland Paris will not be the first time the character will have been meetable at a Disney event – Disney fans at the D23 expo last August were given the chance to meet Spider-Man. Disney Parks & Resorts’ biggest Marvel investment so far will soon arrive at Hong Kong Disneyland with the Iron Man experience.

So the point is that Marvel in the Disney Parks is not really a will they – won’t they discussion, it is an inevitability. The question is should they be there?

They have as much right as Star Wars, Indiana Jones, Armageddon to be in Disney Parks, in fact they have more of a right to be there. People think of Disney as Pirates and Princesses, this is probably aided by the Pirates and Princess nights that have happened in the past. A problem with Disney is their incessant attitude to franchises, Disney fairies, Disney Princesses etc – there just isn’t one for boys. What do boys love? Pirates – Disney has you covered with four (soon to be five) Pirates of the Caribbean films, but that’s about it. These Marvel superheroes are the perfect fit. Yes, the films constantly get 12 and 15 certificates in the UK, that doesn’t mean that Disney shouldn’t focus on them. Kids love Jack Sparrow, they get a similar age rating. Marvel are simply relevant right now, and probably always will be. They aren’t being forced into Disneyland Park in Paris, they wouldn’t fit. They are fitting into Backlot in the Walt Disney Studios Park, an area that has been rumoured to be eventually transformed into a Marvel area anyway. The Backlot Café next door to the proposed venue is already Iron Man themed. What’s the harm in a meet and greet?

The films are going from strength to strength, Iron Man 3 was the biggest film of 2013 in the UK, Guardians of the Galaxy has taken the internet by storm with the release of their new trailer, the next Avengers film is likely to gross high amounts of money. Disneyland Paris is capitalizing on the films success and beginning to appeal to a wider audience, and a different set of audience. This could only increase by the addition of a Marvel land – or better yet an Marvel third gate. A Marvel themed area/park would get guests to come across in their millions.

But, what do Superheroes stand for? Fighting crime? Often they are seen to kill and vanquish, is this a message Disney really want to send to children? Another hurdle to face is that often Marvel doesn’t ‘brag’ about its Disney status, some films are not even made by Walt Disney Pictures. In fact, Marvel is about as far from a fairytale story as you can get – take Iron Man for example, the story starts out as a weapons manufacturer ends up in a cave and creates a suit. Often his enemies are named things like War Machine. It’s easy to see why some parents would disapprove of the films and the stories. Violence is always a touchy subject in parenting and when to expose what and to whom.

Overall, Marvel can be seen as a welcome addition to the parks – from a business point of view, it makes perfect sense, you are diversifying your audience and potentially increasing revenues. Obviously some people take a differing point of view, and these needs to be respected. But if we keep Marvel in our little corner of the park, who are we affecting other than those who want to see the products? Next stop – Marvel Land? Or a Marvel Character rotation à la Princess Pavilion?

Want to read more? Why not read the article over at Dedicated to DLP? 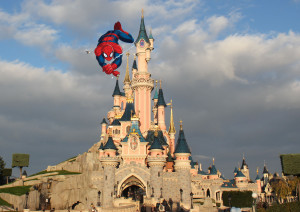 Marvel in the Disney Parks: An awaited success or a unwelcome party

The news that Spider-man could be coming to the Walt Disney Studios Park this spring (Source:DLRP Express) has captured the interest of the Disneyland Paris