Festival of Pirates and Princesses 2019: The return of a fan favourite

Following the resounding success of the Festival of Pirates and Princesses in 2018, the season has returned in a new space in the Disneyland Paris calendar. The new Winter edition of the festival retains each of the three happenings that debuted in the festival last year but with some minor tweaks here and there.

How does the festival adapt to a winter environment, and is it as good the second time round? Let’s take a look.

Make your Choice - the best Princess or Pirate show ever at Disneyland Paris.

The season very much centres around the Disney Pirate or Princess: Make your Choice show and the same was true last year. Normally, we’d be talking about such a season in negative terms; but this is the strength of Make Your Choice, it can carry the season by itself.

Make your Choice manages to balance the perfect storm of catchy music, inspiring characters, wonderful show design and direction as well as managing to foster audience participation of a level that we’ve not seen before at Disneyland Paris. 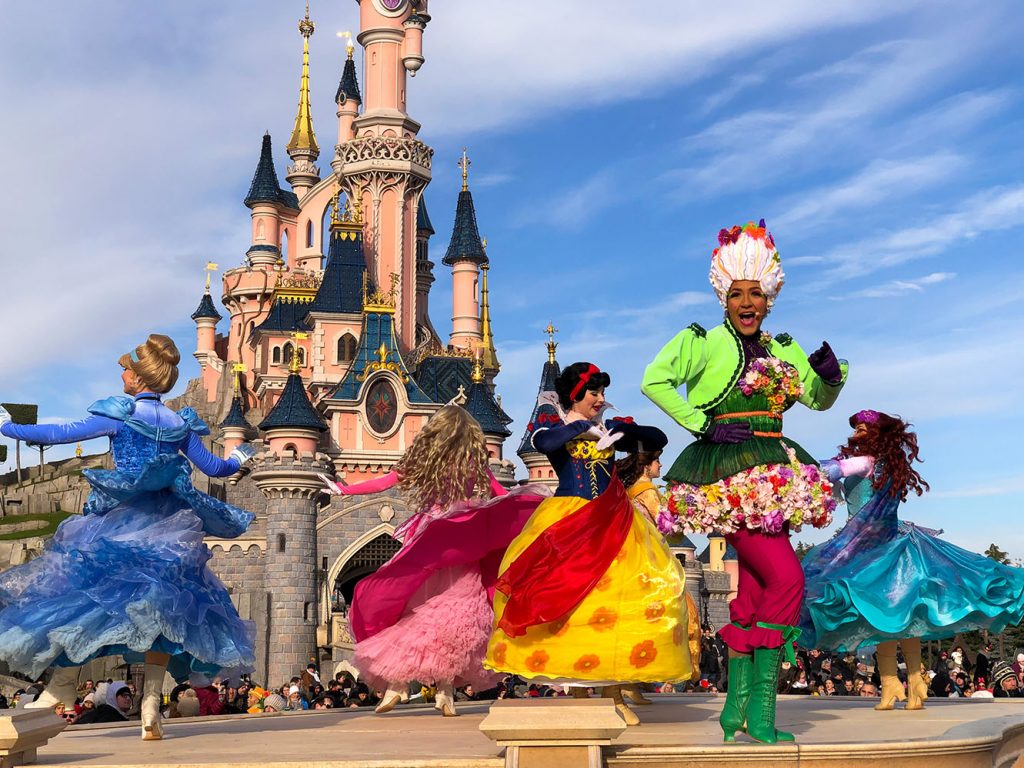 Make Your Choice is pure fun, which puts it right at the top of Disneyland Paris show rankings; the emphasis shifts from simply presenting your favourite Disney characters on stage to being a show that you are literally placed in the middle of – the reality of the set up is that guests become the unexpected stars of the show.

For those looking simply for a high quality princess show, here Princesses are given space to express their individual personalities and not just doing some generic twirling; it adds that layer of complexity that has been sorely missed in previous productions.

Some small changes have happened for the 2019 edition: new dresses and costumes are given to almost every character to ‘winter-proof’ them. These generally work very well and match the character’s personality. Choreography has been given an update too, the Pirates team dance has notably been boosted in a very noticeable way, it looks great and really gives the Team Pirates a noticeable boost.

Does it work in the winter weather?

Perhaps one of the biggest questions that we faced going into the season is how would it transpose into the wintery weather? Unfortunately something is taken away by the timing of the season, the colours used lend themselves very much to a warmer season, as do the costumes and audience participation. Waiting in sub-zero temperatures makes dancing along more difficult – and that’s before bad weather cancellations.

The Festival of Pirates and Princesses is very much a season for warmer weather – that doesn’t mean it’s not enjoyable, it still very much is, but it’s not the optimal viewing conditions. 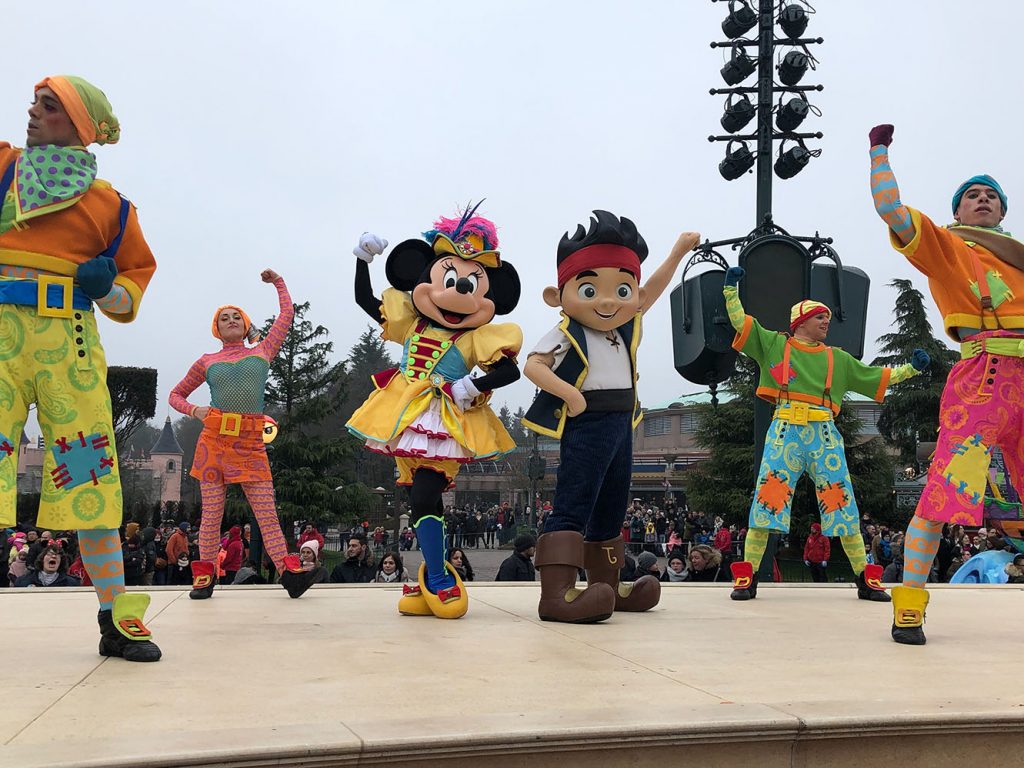 The Princess Promenade was never going to set the world alight. Nevertheless, what it does extremely well is provide a daily (or three times daily) happening with two new and emerging Disney characters. The music is fun and joyous, the opportunity to get close to both Sofia the First and Elena of Avalor is something that is perfect for younger guests of the resort.

This year, the major change is that the dancers are again given new winter-proof costumes. These look great for the season and don’t look out of place in the show. 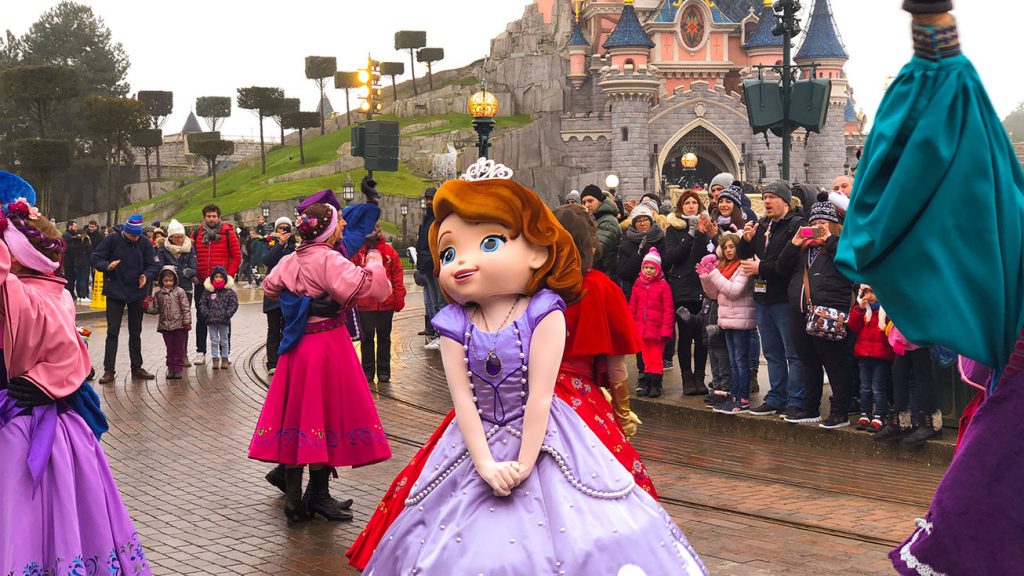 Last year I described Hoist the Flag, Mateys! as the weak link of the Festival of Pirates and Princesses. I think, on reflection, that this really does depend on who you are: if you are a group of adults, this show is one you can probably skip and find a better use of your time. For families, however, this is something unmissable; the amount of audience participation for kids is unparalleled in the resort and families will certainly get a kick out of it.

The highlight of the Disneyland Paris year?

It’s too early to make year-end predictions, but when reflecting in December, it’s hard to envisage the Festival of Pirates and Princesses not featuring. The season is just so full of joy that it’s difficult to not come away from the main shows with such a large grin on your face that will continue long after your visit is over.

The move to winter does seem as if the season is having its last throw of the dice and it is affected by the move, but not enough to make it less enjoyable. Disneyland Paris fans, if you love the season go on out and support it – I think the vast majority of us would love for it to return once again next year. 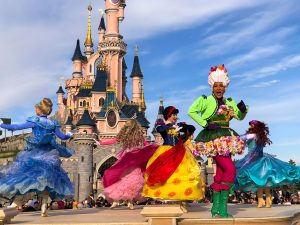 Festival of Pirates and Princesses 2019: The return of a fan favourite