We all know of the Disneyland Hotel, the pink gateway to Disneyland Park and one of the symbols of Disneyland Park. It acts both as a welcoming beacon, the sign at which you know you’re home, and also as a berm that separates the real world to the space of enchantment that is Disneyland Park. It is true that it is not the cheapest hotel and that for many it is simply out of reach but it is a hotel that many Disneyland Paris fans strive towards, including myself. Did it live up to my hype? Yes, it was a stay that was pure magic.

In order to check-in, one must enter the enormous and spectacular lobby. The check-in desks are just set to the side and guests are greeted by extremely friendly cast members who guide guests through the check-in process which comprises of filling in the registration form (which is identical for all Disneyland Paris hotels). Guests can also take advantage of the new charge card which allows guests to replace the paper Disney Hotel Easy Pass (an identification document providing access to Extra Magic Time and to hotel facilities such as the pool and gym) and also allows guests to charge most purchases on property to your room meaning you simply pay the full balance of your stay as you check out.

I then left my luggage at the concierge who very kindly took it to my room whilst I enjoyed the parks. Everything was so easy, friendly and done with style as you would expect for a hotel such as this.

The Disneyland Hotel is deceptively large, however it is also extremely easy to navigate. There are two wings (an east and west wing) and the west wing does have a side entrance meaning that you do not have to pass through the lobby and walk across the central section. It just means that you are saving yourself extra time in the morning when going to the park and in the evening when getting back to your room. This special entrance is activated by your room key and is open 24 hours a day. The corridors are painted in that pink colour that adorns the outside of the hotel and offer that feeling of enchantment. 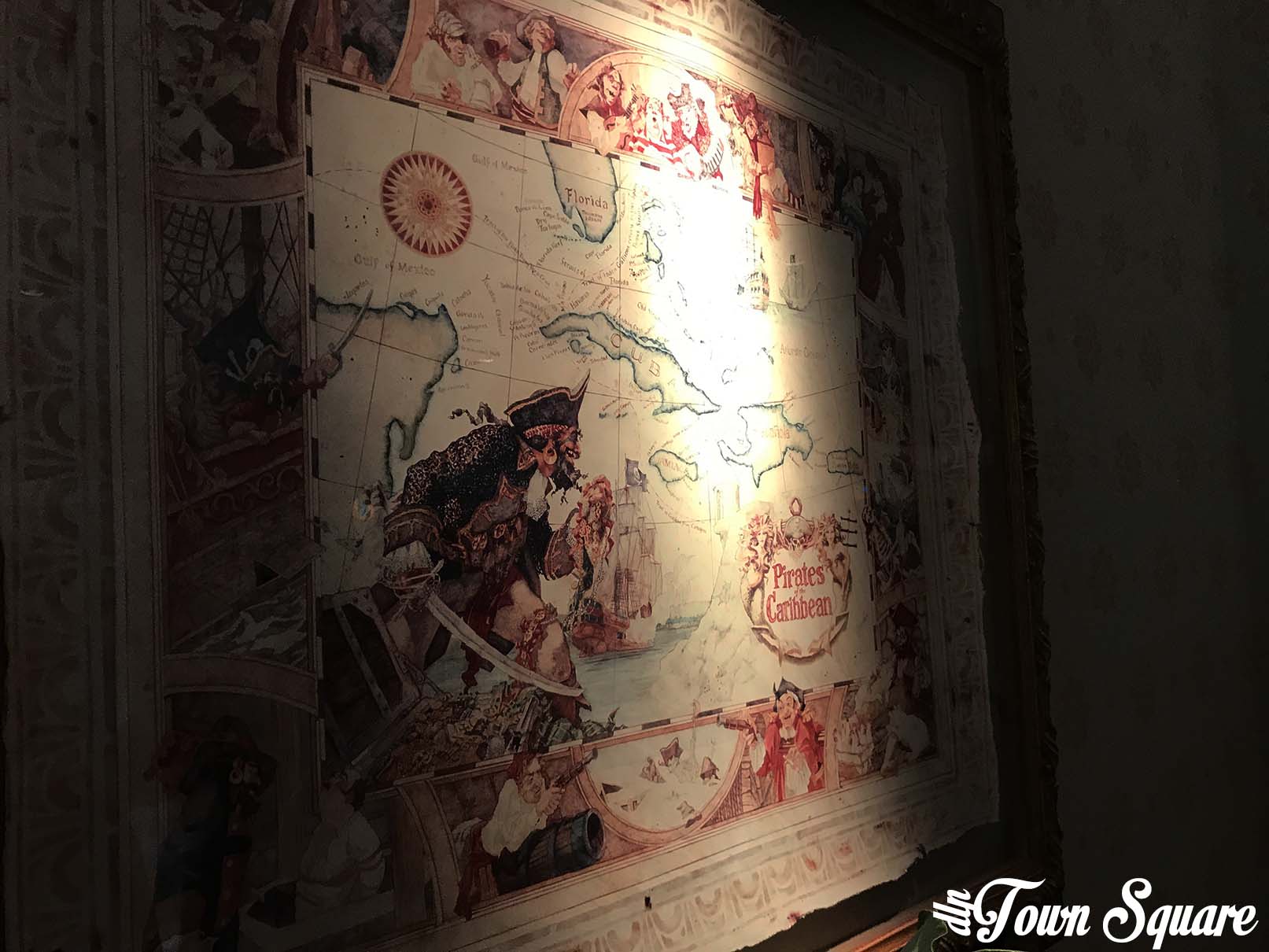 Equally enjoyable is that there are several smaller lobbies around the hotel in the wings which offer a seating area – ideal if you are looking for a place to meet with friends staying in the hotel before heading to the parks. Every inch of the hotel oozes with class and style, exactly as one would expect from this particular hotel.

Upon entering the room, it was clear that this was going to be a bit special. It always was a dream to stay here, and the dream was finally becoming reality. The rooms in the Disneyland Hotel are nice and spacious, offering plenty of room to walk around the beds and sit on the table and have a coffee without feeling cramped.My room had two double beds but other room layouts include a single double bed and some rooms also had a balcony. Each room has a slight magical touch with the view, my particular room looked out onto Fantasia Gardens and when the window was open I could hear the most delightful medley of Disney music – but when the window was closed, it was completely silent. 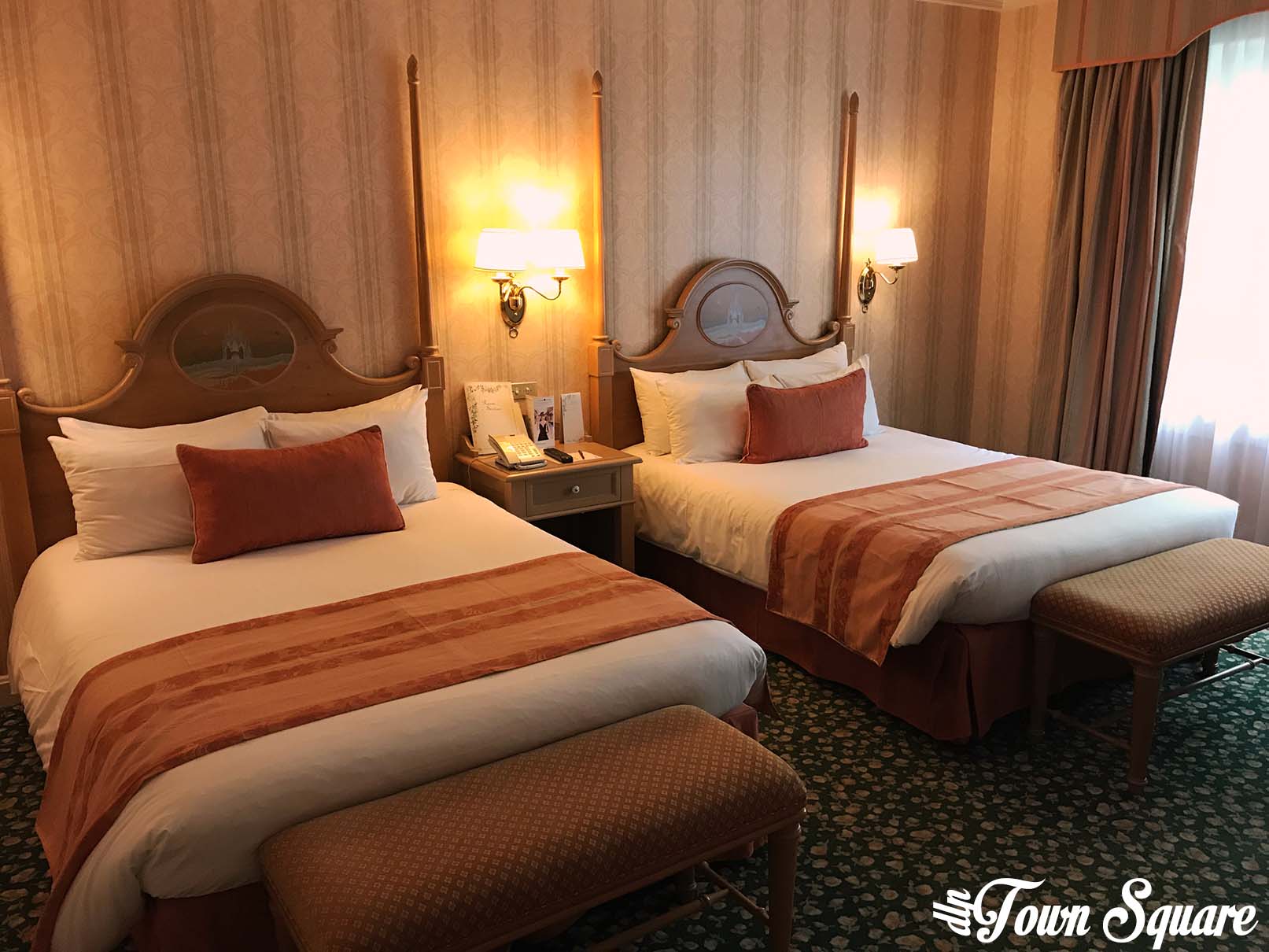 The room also contained a Nespresso machine and some coffee capsules which were complimentary and was a really nice touch as an effortless coffee was on hand for the morning as I woke up. It’s those little touches that really do make the Disney difference and are something to be celebrated.

Disney touches were on hand, but not in an obtrusive way, these Disney touches felt classy and will delight any Disney fan. As one walks through the Disneyland Hotel various pieces of concept art adorn the wall and the same is true for the room. Additionally the TV cabinet has an absolutely wonderful Peter Pan mural which was worth admiring itself but then you notice the wallpaper; at first glance it simply seems to be plain wallpaper, it is actually a wallpaper design with Disney characters hidden within it. 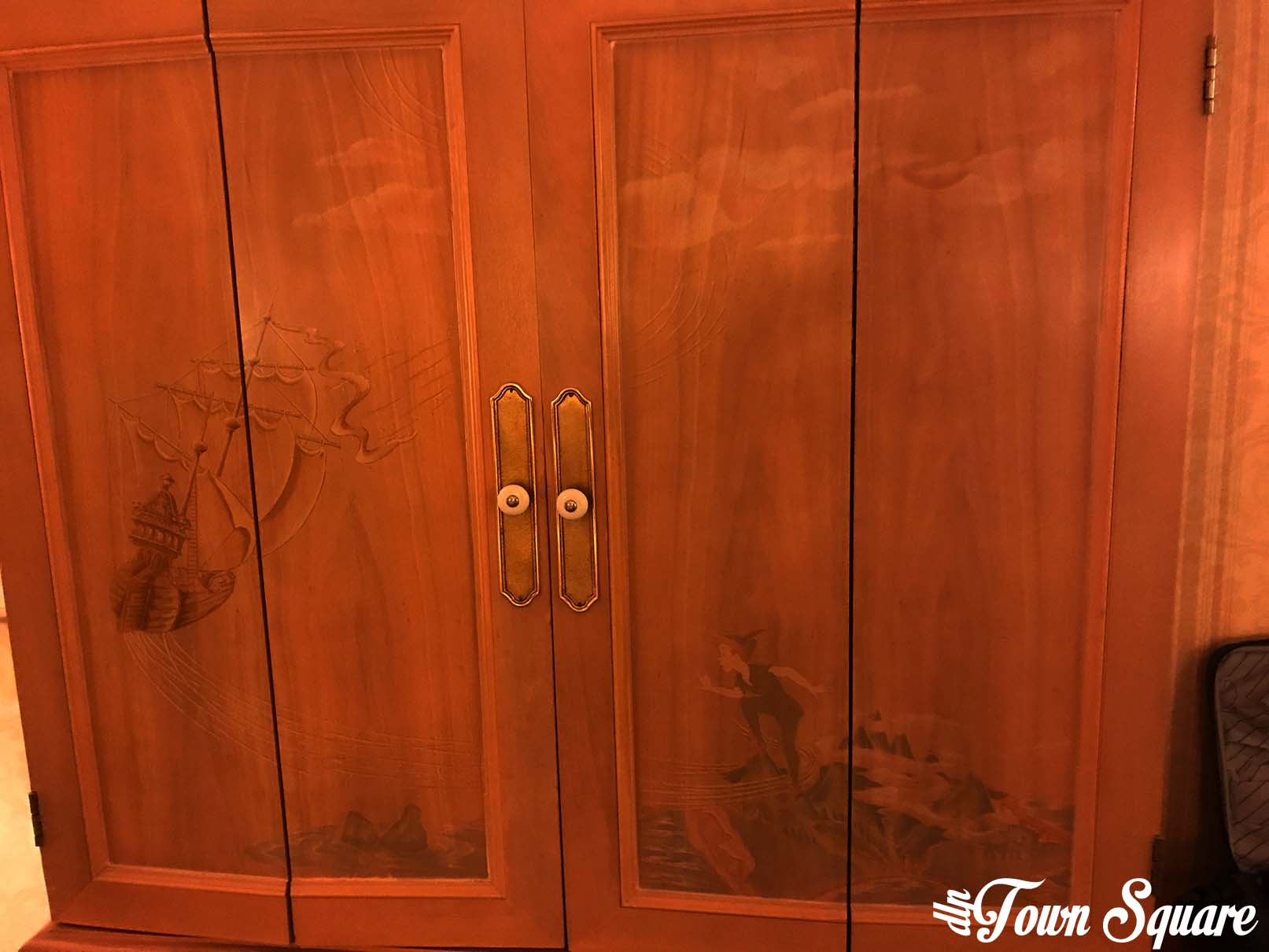 For me, a surprise feature was that the bathroom, whilst it being extremely large, had a speaker which pumped through the audio from the television which meant that it was possible to have a bath with the radio on. Again, a small feature but it really does make that difference. The bathroom was also filled with those small Disney touches including Snow White and the Seven Dwarfs characters adoring the bathroom mirror and the tiling next to the bath and shower featured Hyacinth hippo murals. All these Disney touches, no matter how small, make a big difference to the stay. 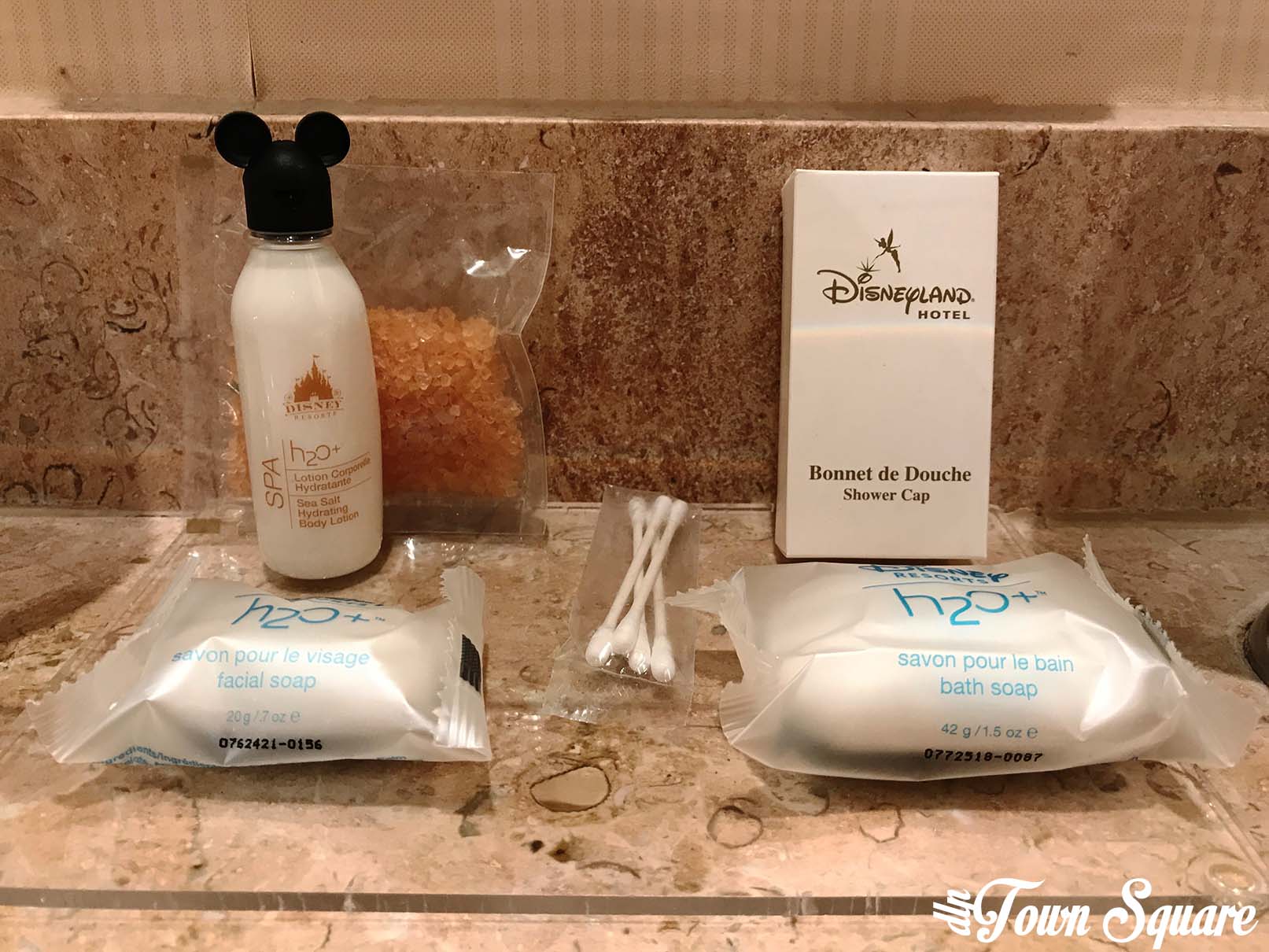 Breakfast is situated in the rather fantastic Inventions restaurant. This buffet breakfast is once again filled with cast members ready to make that Disney difference and takes the form of an all-you-can-eat buffet; the food quality was high and was the perfect start to the day. It really is incredible how much a good breakfast can make to a park day and is something that I often underrate. 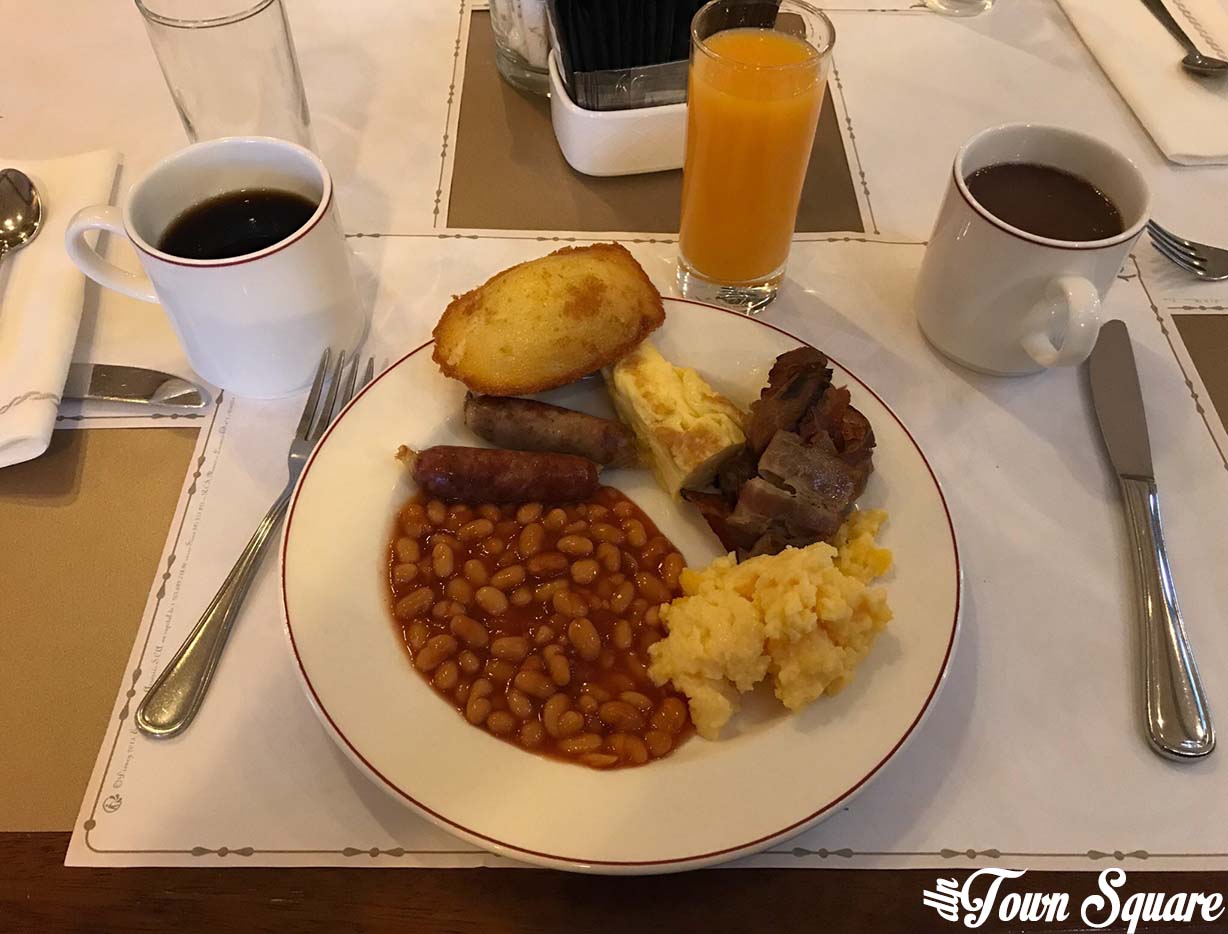 When the time, unfortunately, comes to check-out of the hotel and move onto the parks for the final day, a friendly cast member will once again take charge of your baggage (and this is much quicker and easier than using the park concierge). Check-Out and payment of the room balance (including the charge card) is extremely simple and, as always, done with a smile and you are left to have an enjoyable final day in the Disney parks. 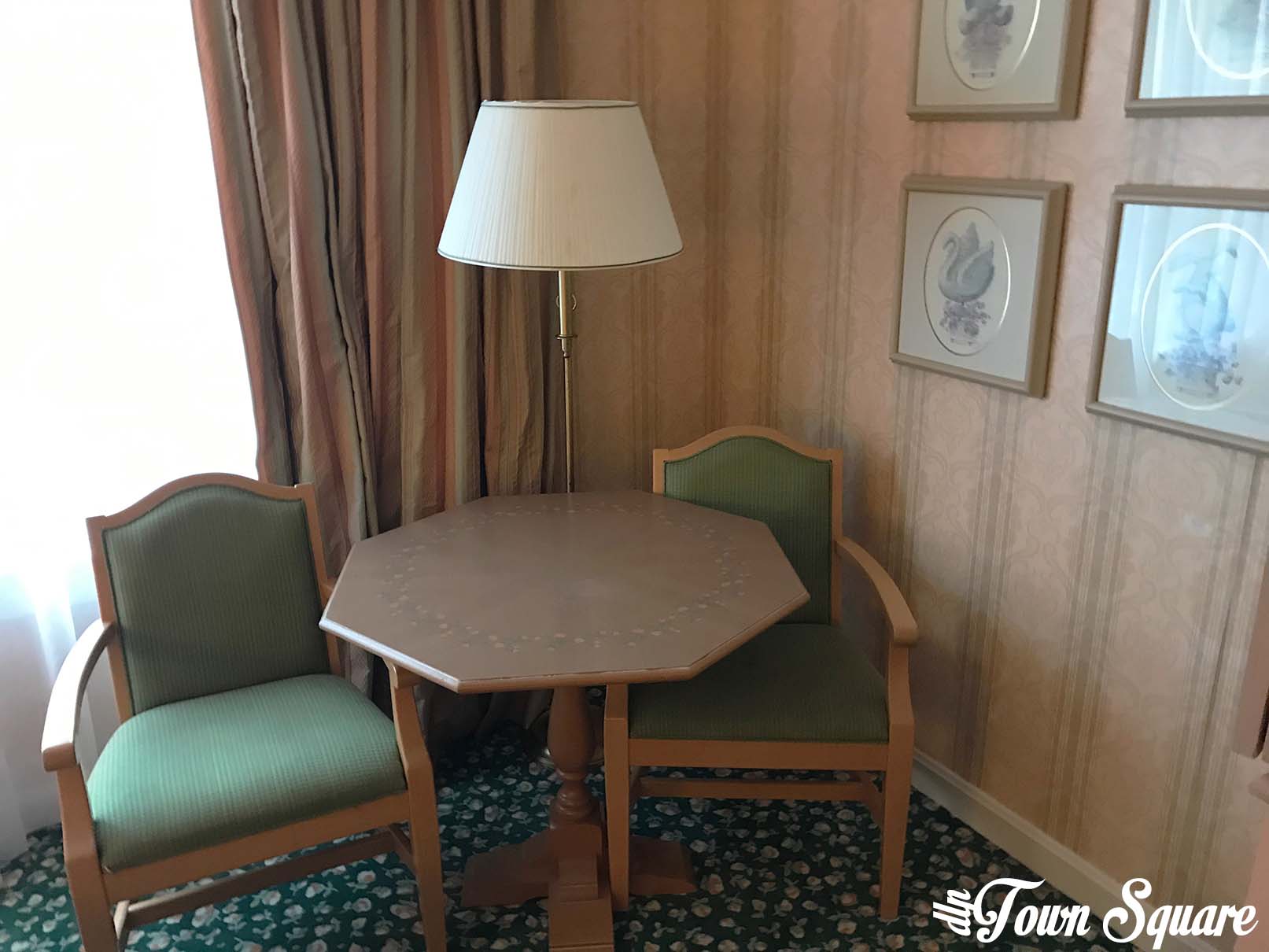 Whilst there is no escaping that the Disneyland Hotel is in need of a refurbishment, it is still a cut above the rest in terms of service which completely blew me away. There are small improvements that do need to be made such as improved lighting in the room and more power sockets; however, for convenience and service nothing comes even close. The rooms were comfortable and breakfast was good; I’d have no problem in recomending the Disneyland Hotel to any guest. 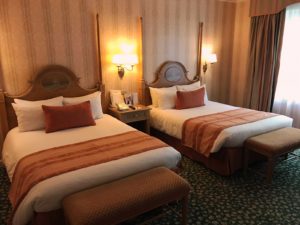