Disney will be celebrating the 100 Years of Wonder across Europe in 2023 with special events across the continent.

In 2023, The Walt Disney Company turns 100 years old, and the celebrations will be taking place right across Europe with exhibitions, concerts, experiences and more across the entire year. In addition, Disneyland Paris will also be hosting a series of special events.

Touring Europe (and other regions across the world) is the Disney 100 in Concert series with stops across Germany, Austria, Switzerland, the UK and France, this promises to pair some of the songs that we adore, with clips from the films we grew up with and a sensational live orchestra, this is one show not to be missed. The show promises songs from films including Beauty and the Beast, Mary Poppins, Encanto and more!

Disney100: The Exhibition will begin in February in the USA, but opens in April in Munich, Germany. From there in Autumn 2023 it will arrive in London, United Kingdom with more locations to be announced.

This exhibition will showcase 100 years of props, treasures, artworks, memorabilia and more from the Walt Disney Archives. Tickets will be on sale shortly.

Wonder of Friendship – The Experience

Through a multi-sensory experience, guests will be able to enter four distinct Disney worlds inspired by the worlds of our favourite characters. This 1000m2 exhibit will feature rooms inspired by Alice in Wonderland, Lilo & Stitch, The Lion King, as well as Mickey & Friends.

The experience will open in London in May 2023, before moving on to Berlin, Paris and Barcelona. Tickets go on sale in early 2023 and H&M members will have a pre-sale window.

The Wonder of Play

The campaign will highlight the importance of play to families across the globe.

No celebration is complete without a few souvenirs and shopDisney will be the home to get all the products you need to celebrate 100 years of wonder in style!

The Platinum Collection will debut on shopDisney soon, with full details to come later this year, and will include a Disney 100 ear hat and headband.

The Disney100 Decades Collection will take us on a journey through the history of Disney with collections inspired by Steamboat Willie, Pinocchio, Snow White and more.

“Anyone who has seen a child’s face light up watching Frozen or meeting Buzz Lightyear in real life knows the sense of wonder we are celebrating tonight. For 100 years, Disney has had the privilege of bringing our stories and characters into people’s lives and bringing joy to fans around the world. Tonight is the perfect way to kick off our 100th anniversary celebrations as we begin our second century of creating magic. We are so very grateful for our fans, and we can’t wait to bring all these Disney100 experiences to them here in the UK and across Europe, Middle East and Africa.”

The year is looking set to be truly special and magical, and we’re in for an absolute treat. 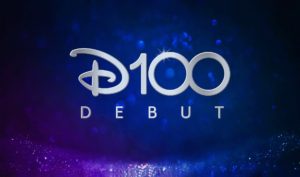 Disney will be celebrating the 100 Years of Wonder across Europe in 2023 with special events across the continent.