During the launch event for the Marvel Summer of Super Heroes at Disneyland Paris, I was extremely fortunate to be able to take part in an exciting press conference with four of the minds behind this fantastic new seasonal offering.

How do the Disney Parks work with Marvel?

When it comes to integrating the Disney Parks experiences with Marvel experiences, a whole team of people work together to ensure that absolutely everything goes right. In the case of the Marvel Summer of Super Heroes, Disneyland Paris worked closely with Marvel over a period of several years and they are already discussing internally where the event can go in the future. The partnership is not a one-off occasion and the Marvel integration in Paris will continue for years (as we already know with the announcement of a Marvel land at the Walt Disney Studios Park). The partnership is one of equals as each bring their expertise to the fore, Marvel are the guardians of these characters and Walt Disney Imagineering and Disneyland Paris know how to create breathtaking shows.

The challenge was placing these characters in the park in a way that guests will know and expect. The Marvel characters are ones we know from action-packed adventures and so the logical next step was to place them within stage shows. Bringing the world of Marvel to life was a big challenge for the teams, but the result is one of the most ambitious stage shows that Disneyland Paris has ever seen.

Each Marvel story must be unique, you won’t be seeing the story that the Marvel Super Heroes United show anywhere else in the world.

When creating big action set-pieces, the stunts need to feel effortless and natural. So, how did the Disney and Marvel teams make the show feel effortless? The answer is that great effort was made in workshops. For the past 3 years, workshops have been taking place in order to work on these shows, often these take place in front of green screen in order to help the teams visualise what this looks like on the stage setting. The footage, once created by Disney goes to Marvel in order to make tweaks so that the characters move as they should.

Why has it taken so long to get Marvel into Disneyland Paris?

The simple answer to this question is that in order to get something done right, you need to take time. Creating experiences such as the Marvel Summer of Super Heroes takes years of preparations. Entertainment was seen as the natural place to begin the relationship between Marvel and Disneyland Paris and we already know that bigger developments are on the horizon. 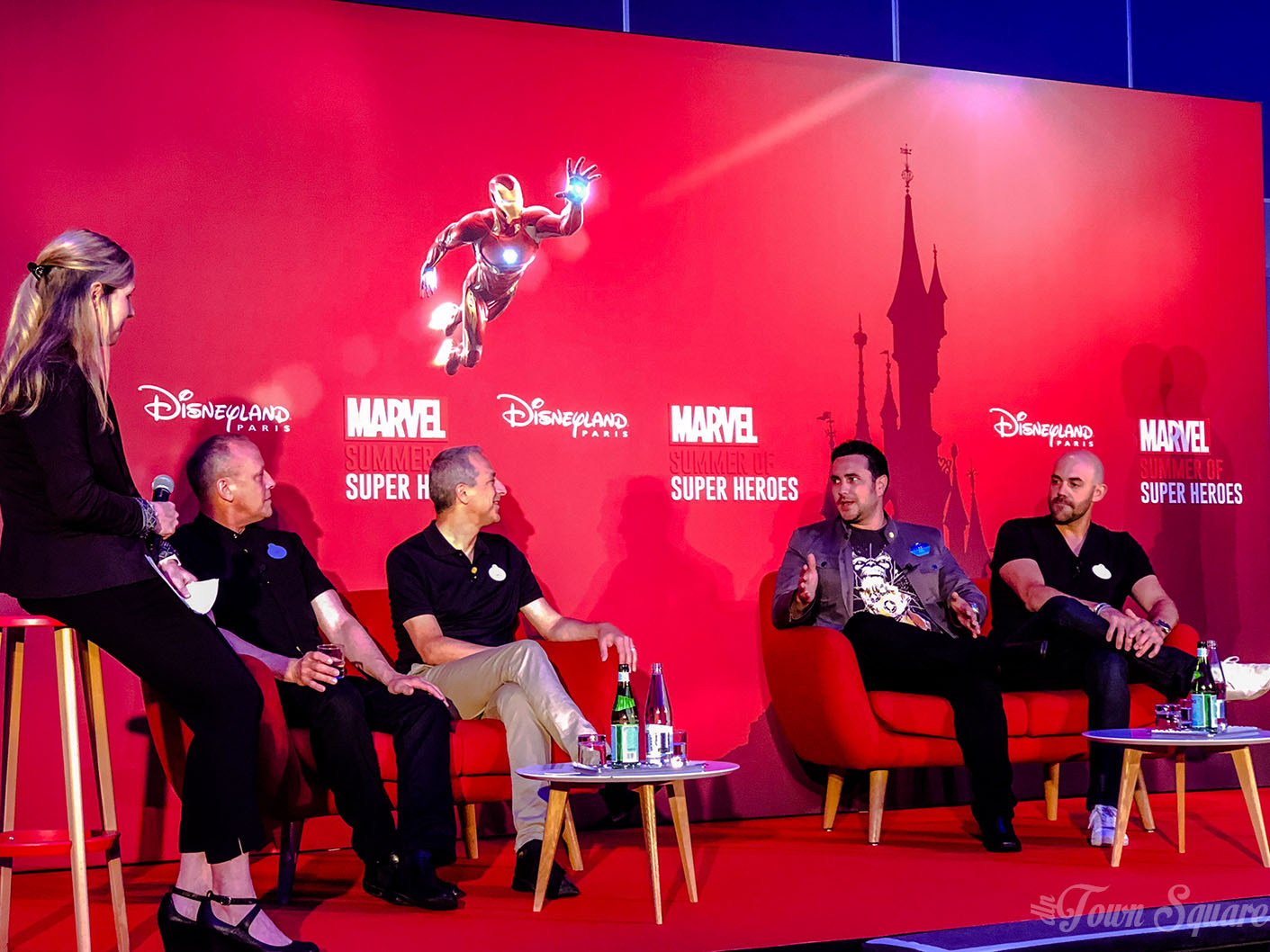 In 2020, Disneyland Paris will re-open the Hotel New York with a Marvel theme. Disney’s Hotel New York: The Art of Marvel will be a one-of-a-kind hotel that is being designed with the Marvel teams in order to be unique and authentic. It will be the first Marvel hotel in the world and will feature unique art work and newly designed rooms.

A huge thank you to Disneyland Paris for organising this special press conference which was a brilliant opportunity to hear more of the stories behind the season and gain a greater understanding of the artistic vision. 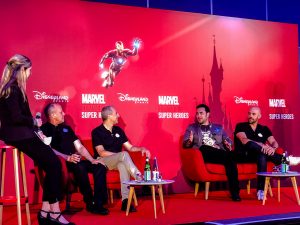