There are two schools of thought when it comes to characters at Disneyland Paris. The first, more popular amongst the fan community, school of thought is that characters add the vital magical touch to the Disney parks. The second is a more critical school of thought; that of it’s just people dressed in cosplay. Yet there is a third school of thought, and that is a hybrid of the two. One can acknowledge that characters aren’t “real”, yet to the guest that moment is perfectly real. I would place myself in that third school. I don’t tend to queue ages to see a character, but if I do, I usually enjoy the interaction for that brief moment. I would admit to enjoying characters in general, I always watch parades and shows. Yet, I just will not wait for that moment of enjoyment. And here is where the concept of this article was born. 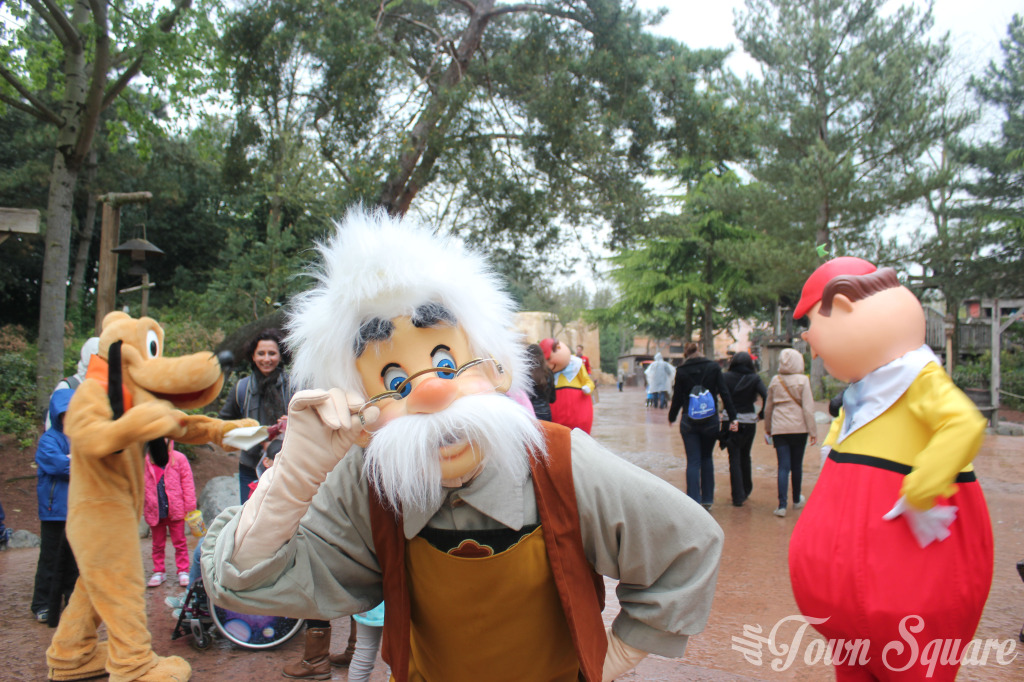 “There are the attractions, the shows and, of course, the Disney characters. For a great number of our guests, adults or children alike, the encounter with their favourite heroes is a key element in their experience at Disneyland® Paris, and has a great influence on their satisfaction.” So says an article entitled “From Spider-Man to Frozen: An ever-growing number of characters for further guest satisfaction“. Despite the unnecessarily wordy title, the article actually reveals several key pieces of information linking to characters at Disneyland Paris. Let’s begin with Spider-Man, the first of its kind Marvel experience in Disneyland Paris, which has recorded a 78% guest satisfaction rating. Another key fact, over the course of a year, Disneyland Paris provides 55,000 hours of character interaction opportunities in Disneyland Paris. An extraordinary number that really indicates that characters are perhaps the key moment of a holiday. Guest satisfaction rises, and so therefore characters look set to increase. So, is this a good thing or a bad thing? Well, depending on that all important school of thought, that answer probably will be a good thing. 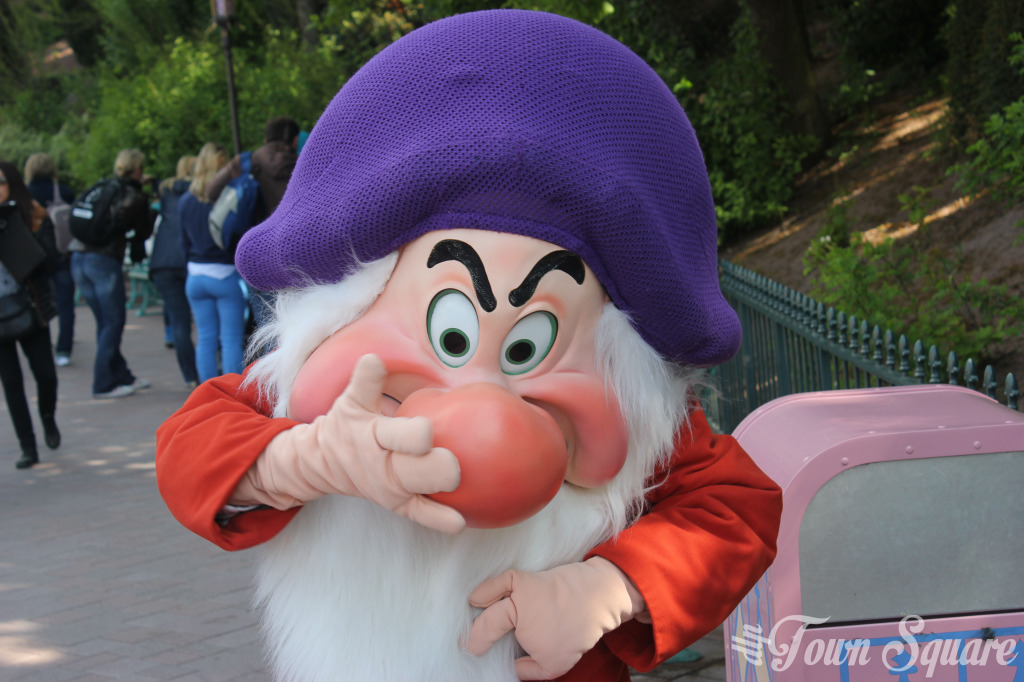 Let’s allow one second to imagine you are a character-hater. And there is nothing wrong with that mindset at all, but more characters is a fantastic thing for you. Take Anna and Elsa which have taken-over the princess pavilion for the 2014 Christmas season (which extends to 7th January 2015), these two Arendelle Princesses are recording queues of over three-hours. First of all, let’s acknowledge that the hourly capacity of the Pavillion is very low, and so we cannot compare a three-hour queue here to a three-hour queue at attractions such as “it’s a small world”. It’s impossible to compare a 12 person boat, to a family of four spending two or perhaps three minutes with a character. In the pavilion set-up, there are a potential of two sets of Princesses in there at any one moment, so the possibility of a pair meeting around twenty pairs of people per hour exists. Returning to the point, more character meeting locations now exist at Disneyland Paris. Looking at this weeks programme (at the time of writing, this programme is the week  17/11 – 21/11 2014), there are 7 potential Meet and Greets in Disneyland Park and 5 in the Walt Disney Studios Park. Heading to the real hook for Character-haters, each of these take guests away from rides. More characters means less queuing for Big Thunder Mountain, Star Tours or Ratatouille. Good news for you, start campaigning for more characters. 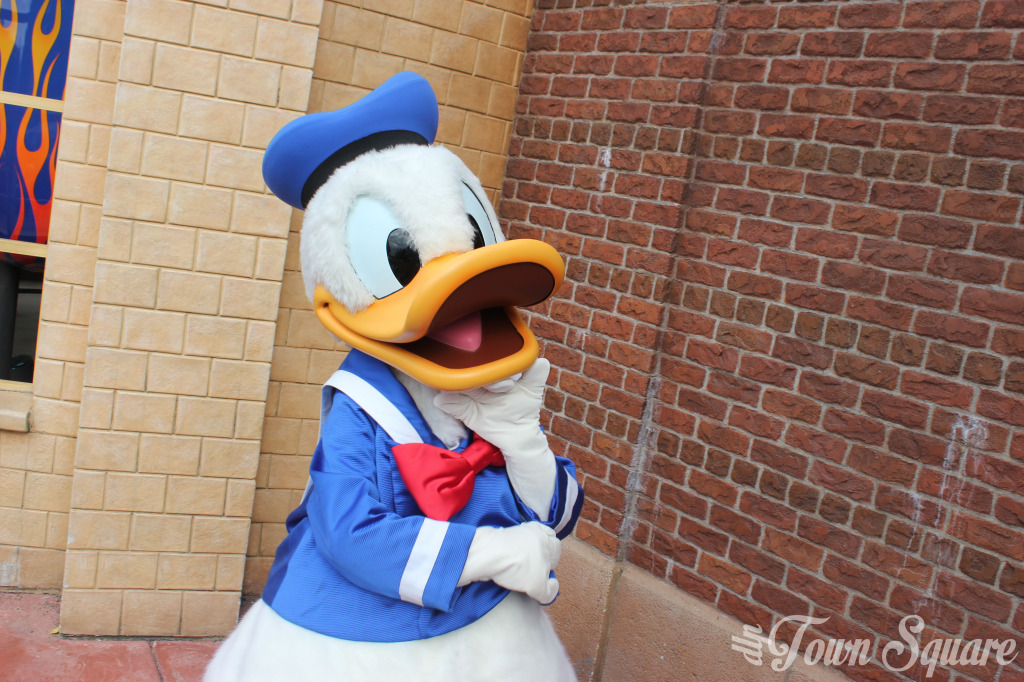 Character-Lovers will also rejoice. For years, these fans lauded the idea that Disneyland Paris constantly put the same characters out to meet guests. To say this now would be false. What I have noticed on trips to Disneyland Paris from around late-2012 is that the variety of meet opportunities has been greatly increased. Now, you’ll be able to see more than Princesses and the VIPs (Mickey, Minnie, Donald, Goofy, Chip, Dale etc. etc.), in fact now, you’ll frequently meet Alice, Mad Hatter, the Dwarfs, Peter Pan, Aladdin, Buzz, Woody. This is to be applauded. More characters also means a more distributed queue. Imagine the queue to see Anna and Elsa during the Christmas season minus the potential distractions that one can encounter along the way, in this I’m referring primarily to Merida and Rapunzel. 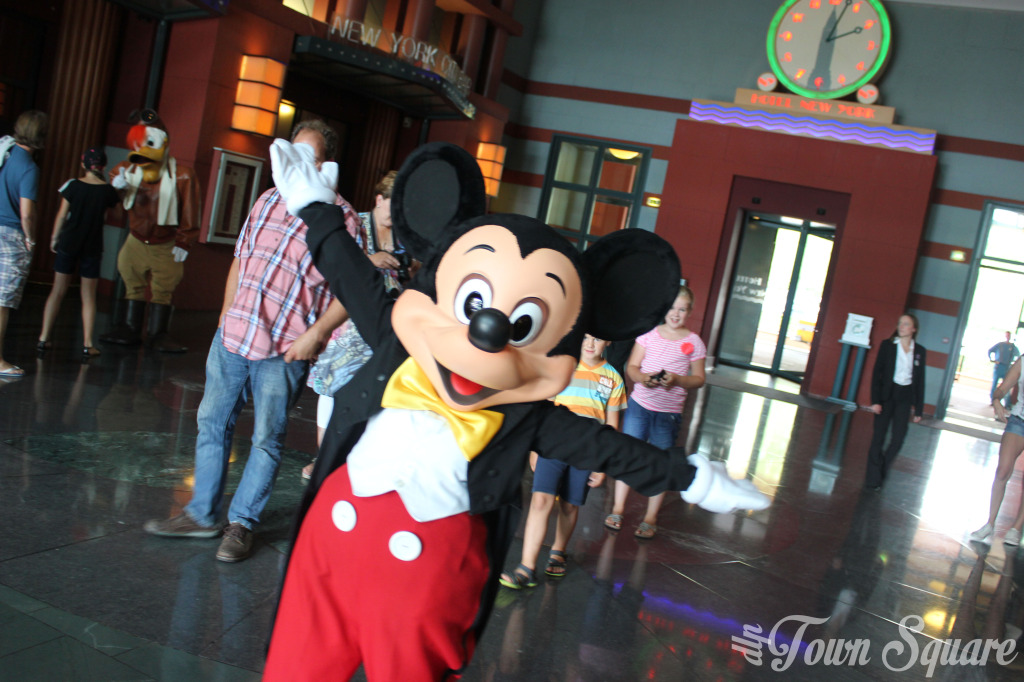 Today, (upon writing 12/11/2014) was the last day that Disney Characters will be appearing in Disney Hotels at Disneyland Paris. A move designed to prohibit people from taking advantage of a service that Disney provides its hotel guests. When staying in a Disney hotel, one presumes that this Disney experience includes meeting the characters over breakfast. I would additionally argue, and I will argue in another article, that we could see guest dissatisfaction rise in hotels due to this. One thing that cannot be advertised to guests is that ‘Disney Characters appear in Disneyland Park now”, we expect this to be the case. Why should a hotel guest be forced into taking breakfast at 7am, in order to be in the park by 8am for a luxury that, on previous visits, could be enjoyed  hassle-free. What is the alternative? Go to Disneyland Park and see more people crowding around less characters. Or, just enjoy Peter Pan’s Flight with a 5 minute wait.

Disneyland Paris seeks to provide increasing character interaction experiences in order to boost guest satisfaction. Is this a fruitless goal? As I’m sure you will take from this short article, I would argue not. For those not inclined to enjoy characters, you’re going to enjoy the effects of more characters as you’ll probably notice queues for rides being marginally reduced. On the other hand, rather obviously, character-lovers are going to love the increased and more varied meet opportunities afforded to you. Personally, for myself, this is also good news. I see myself as somewhere in the middle, I don’t dislike characters, actually rather the opposite. But I’m a reserved person that doesn’t really thrive on chatting to characters, in fact face-characters terrify me, but if the queue is short enough, I will do it (and then sort of stand gormless as I get a photo with them). Disneyland Paris is changing, and for the better. 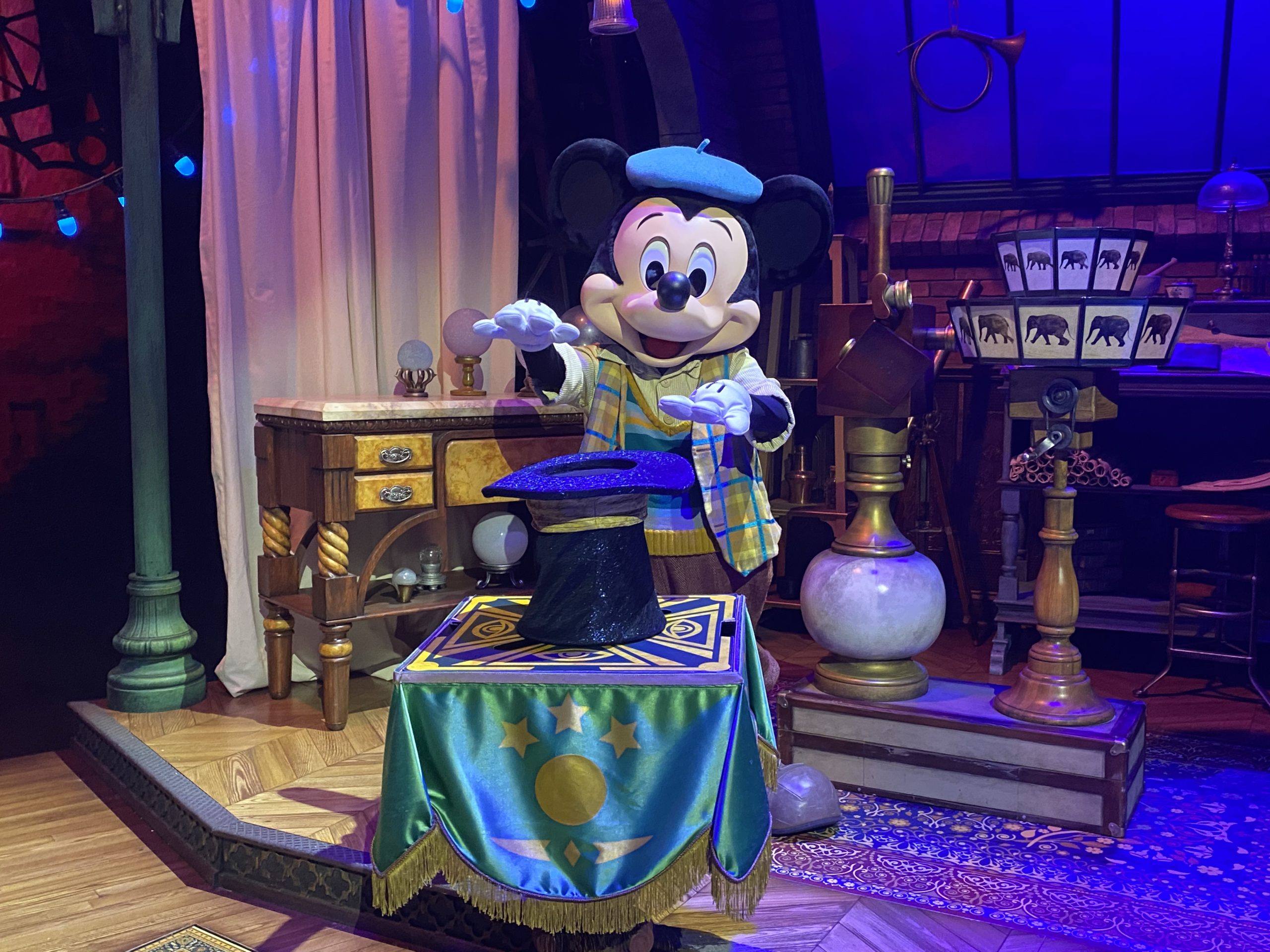 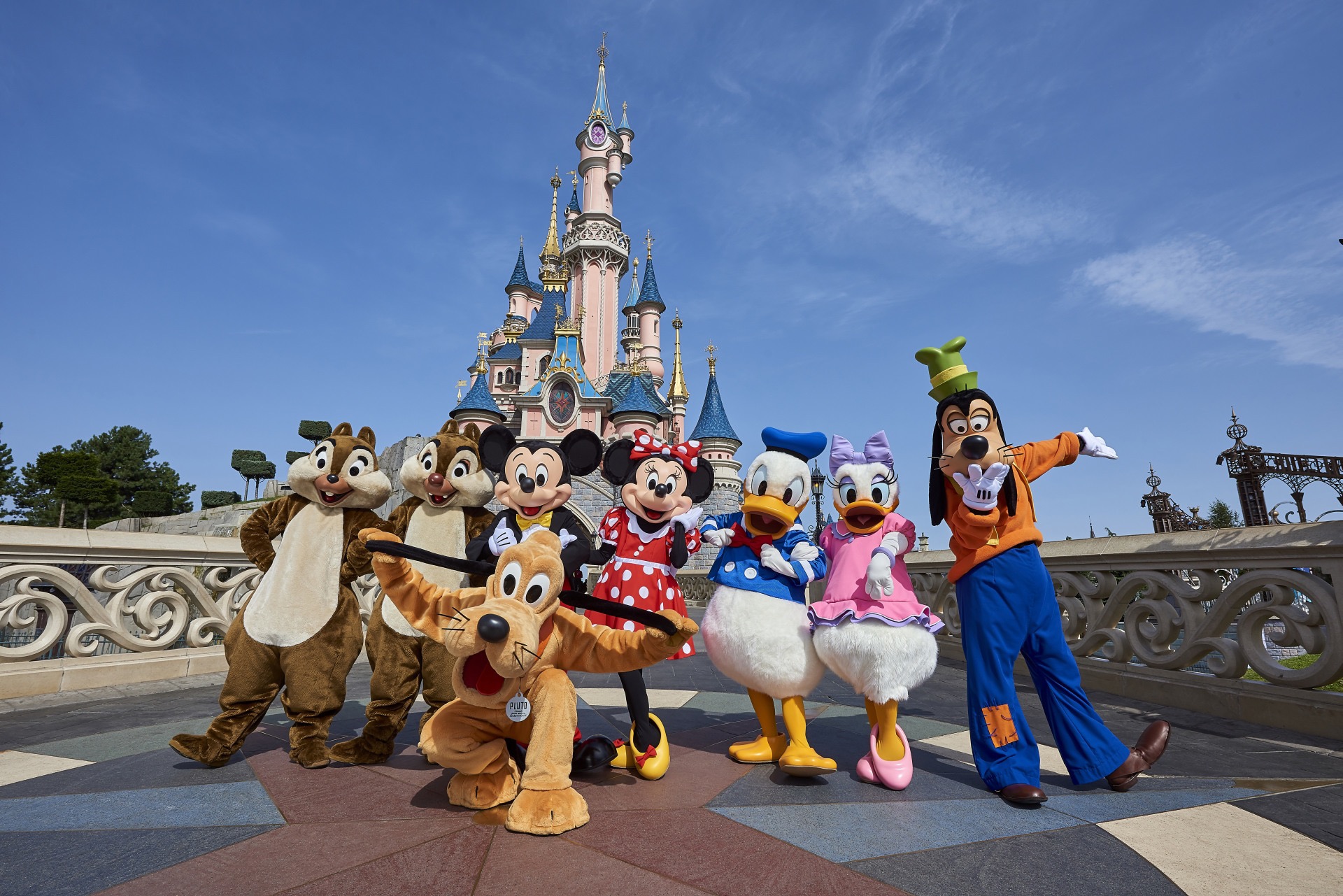 New character experiences for the summer at Disneyland Paris 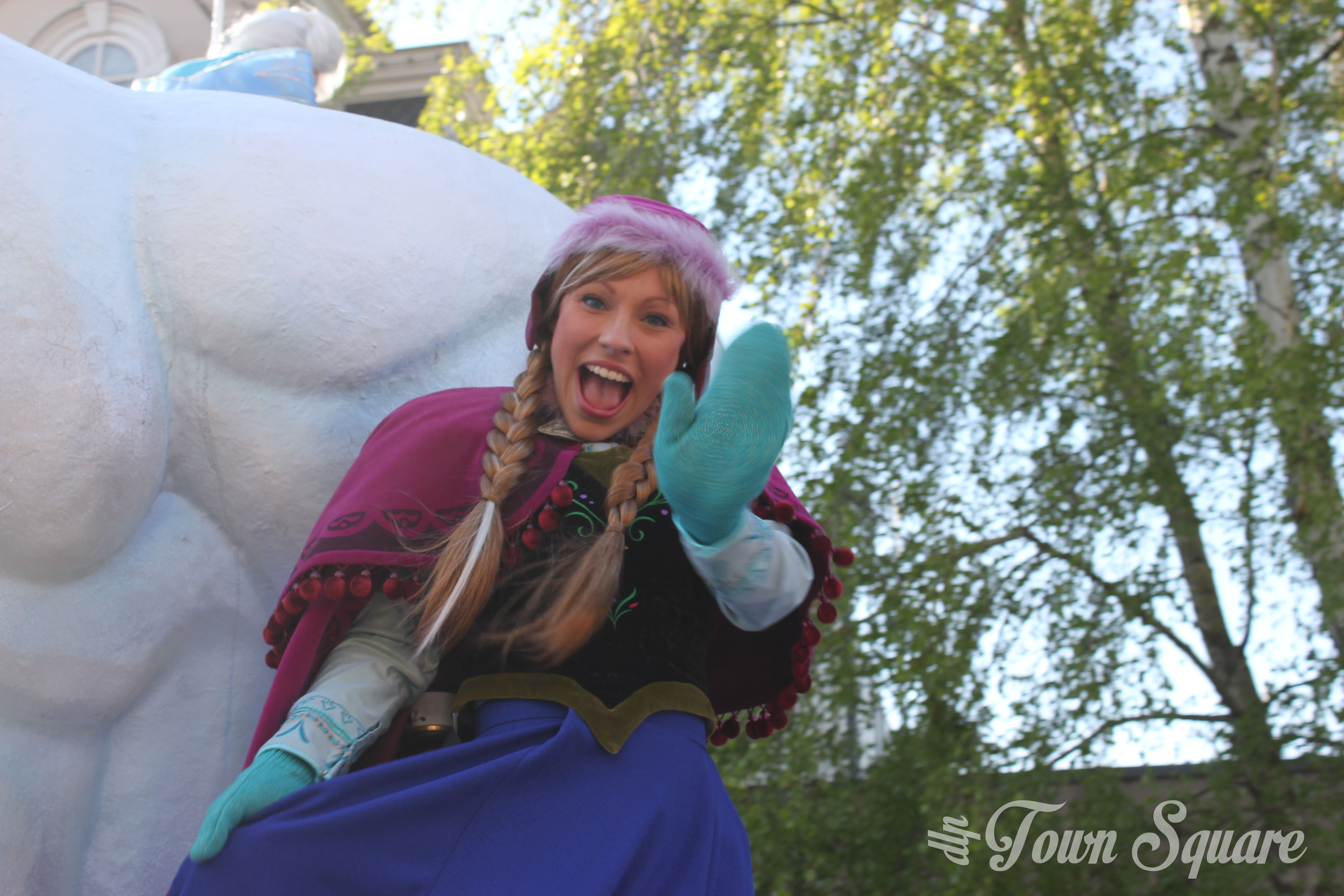 There is always a lot of talk about the latest hype item and its place (or normally lack of it) in Disneyland Paris. In November