Much has been made of the ‘new’ development of Disneyland Paris taking advantage of film releases in the parks. Many hailed the arrival of Moana in Disney’s Art of Animation as the first step and a step that Disneyland Paris needed to take. But is it really that new? The short answer is no, Disneyland Paris actually has a rather rich history of the promotion of new studio releases within its parks. This article focuses on a few of the bigger tie-ins, but there are a good number of examples that could be used.

The most prominent example of film tie-ins is the Hunchback of Notre Dame (1997) which was used in order to celebrate the 5th anniversary of Disneyland Paris. For this celebration the castle was given an overhaul as part of the ‘Festival of Fools’ in order to look like a jester, this castle decoration was striking and whilst it was on brand, it was perhaps less tasteful than decorations that have been used for other celebrations (such as the 15th anniversary).

This promotional season also featured a parade that also took on the ‘Festival of Fools’ idea which included perhaps one of the most bizarre set of parade costumes in resort history as performers became dancing Parisian buildings. nevertheless, this 5th anniversary celebration of all things Hunchback was certainly effective; the promotion for the new film was difficult to avoid.

Toy Story was celebrated very much like Hunchback with a short special parade. One of the curiosities of this parade was seeing Woody ride a real horse up Main Street USA. This type of parade was a perfect way to introduce guests to the Toy Story characters and allow fans of the franchise to see all the Toy Story characters in one spot. This was a complete parade and is really something that could make an extremely successful return.

Chicken Little was promoted in the Walt Disney Studios park in 2005 as the film was released. The characters of Chicken Little and Abby Mallard was included on the Disney Cinema Parade. Chicken Little himself was available as a Meet and Greet and a giant billboard poster was placed on the front of Studio 1. More on this can be found by my good friend Steve on Dedicated to DLP who wrote a great piece on Chicken Little in Disneyland Paris.

Prior to Frozen being released in cinemas in December 2013, Disneyland Paris introduced a Frozen float to the then-parade Disney Magic on Parade. This float involved re-imagining the princess float to remove The Little Mermaid and add in Frozen with characters including Anna, Elsa and Olaf. 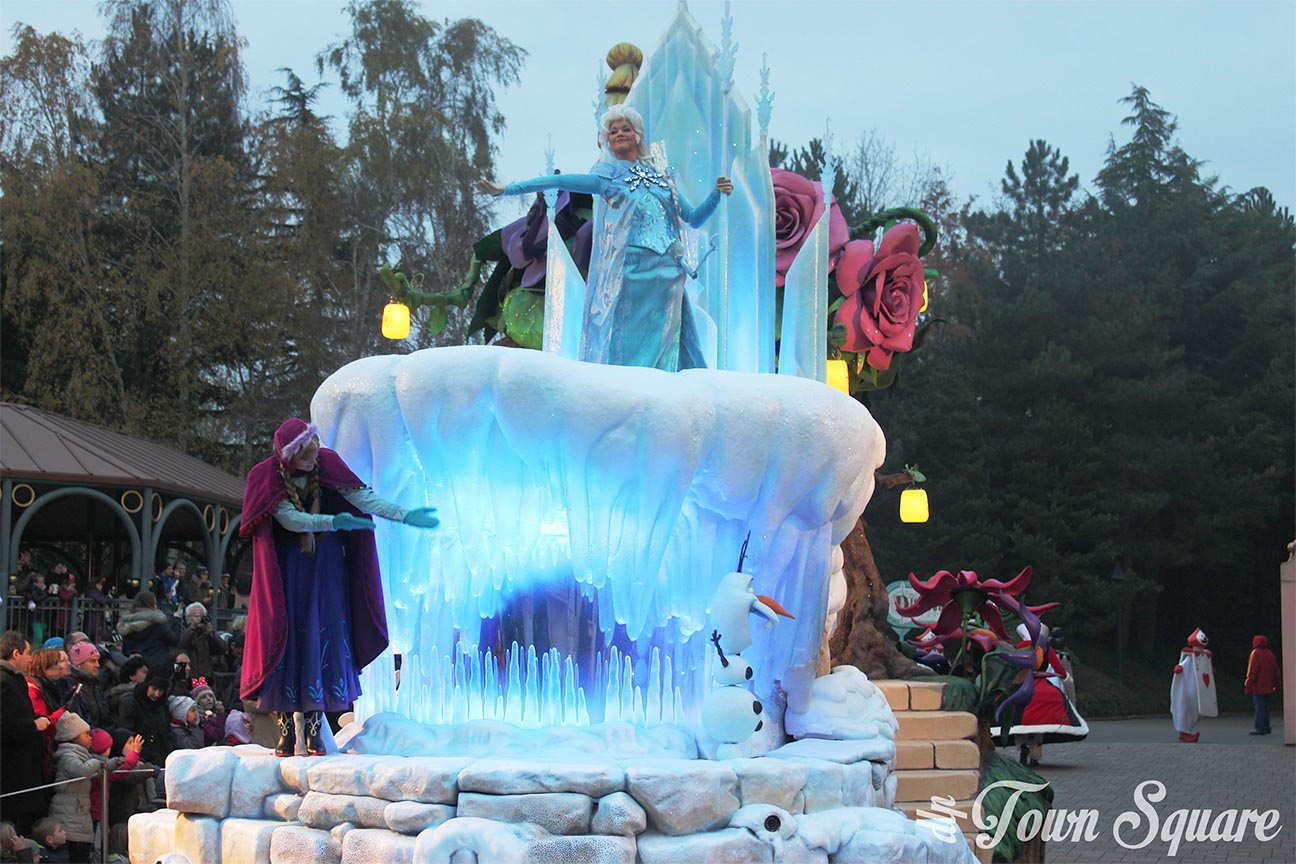 Disney Dreams! of Christmas was also introduced in November 2013 which featured Let it Go and a storyline which was very much driven around Josh Gad’s character of Olaf. This show was developed in subsequent years to include more Frozen.

Promoting films is not a new thing

Disneyland Paris do have a rich history of promoting new Disney releases, this article has proven that. But what is new, and undoubtedly so, is the intensity of promotion. The synergy between Disney’s European resort and the Walt Disney Company marketing machine is really beginning to be felt as each film is arrives. This intensity is to be applauded and continued! Well done Disneyland Paris!