25: A park that sparkles

Project Sparkle has all lead up to this. The 25th anniversary is here and the park has got a complete overhaul; blue and silver are the colours that have been chosen to represent this most magical of celebrations. These colours appear across the resort allowing the second gate of Disneyland Paris to join in the celebrations in its own way.

The first big striking decoration in Disneyland Park is the decorated Main Street Station, fans of the resort have become familiar with decorations on the station but never quite like this. The large 25th anniversary medallion is animated and quite literally sparkles as it transitions from the 25th logo and the castle. During the day it’s less impactful than late at night when the effect is truly mesmerizing. 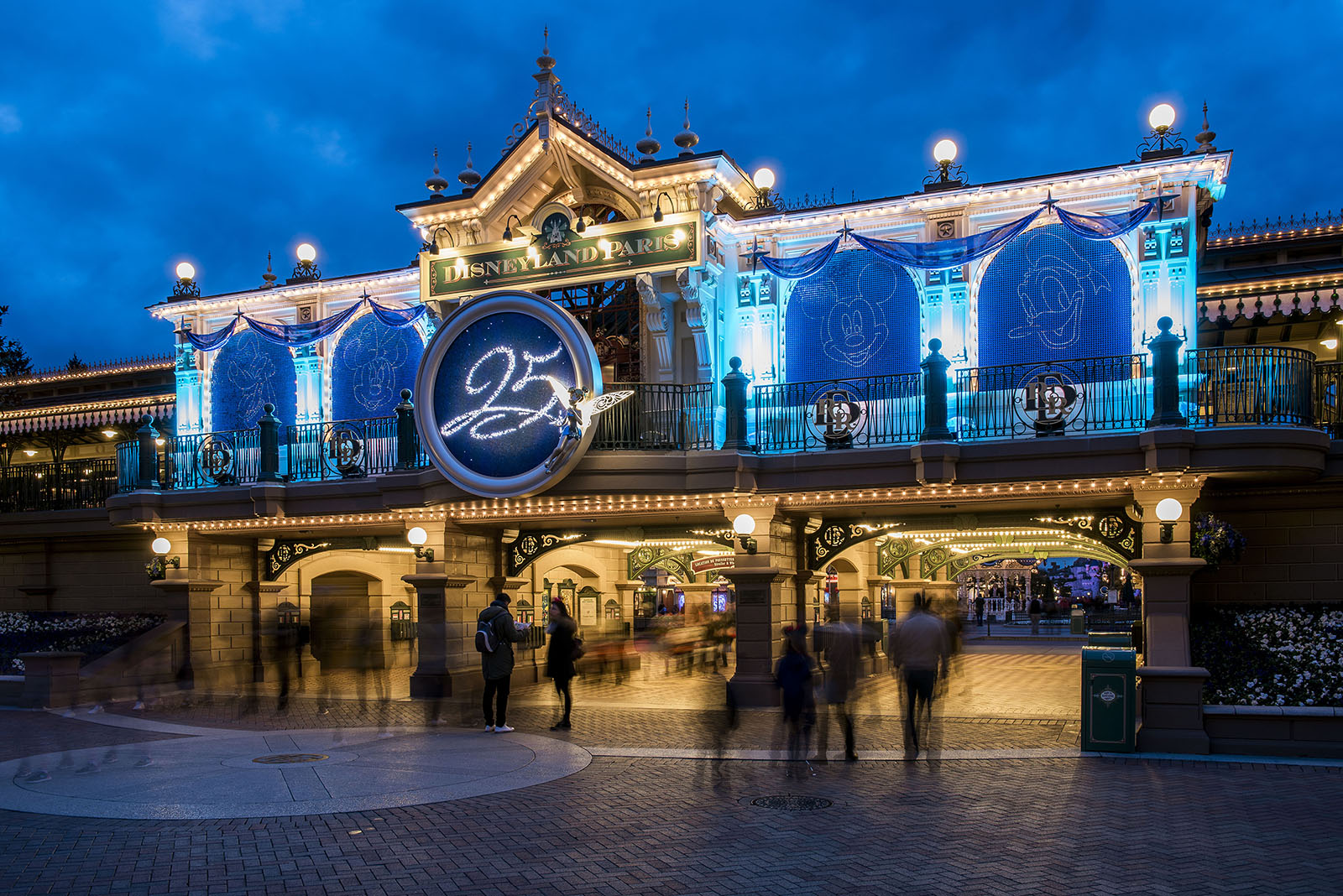 Once on Main Street, the gazebo has been given a 25th anniversary makeover  – somewhat unnecessarily. The beautiful colouring on the gazebo is taken over by a rather ugly silver tarp which has been quickly and roughly put over the roof and features a Tinkerbell on the very top. At night this feature comes alive with sparkles spiralling round the roof at slight intervals. Whilst it does look nice in the evening, the feature seems slightly unnecessary and it decoration for the sake of decoration.

The decorations on the Main Street itself are quite minimal, gone are the gold banners of the 20th anniversary, in their place are blue and silver 25 medallions, these look very classy and still allow Main Street to shine in its own splendour which is a very nice touch.  Each lamp-post has a small Tinkerbell on the top of it in different positions and are a very nice touch.

Another Disneyland Paris staple are the Central Plaza decorations. Each of the four zones of Central Plaza receives a 25th anniversary statue and each are in the silver and gold colourings. They look nice enough especially at night when they are illuminated at quite literally sparkle in the night sky. 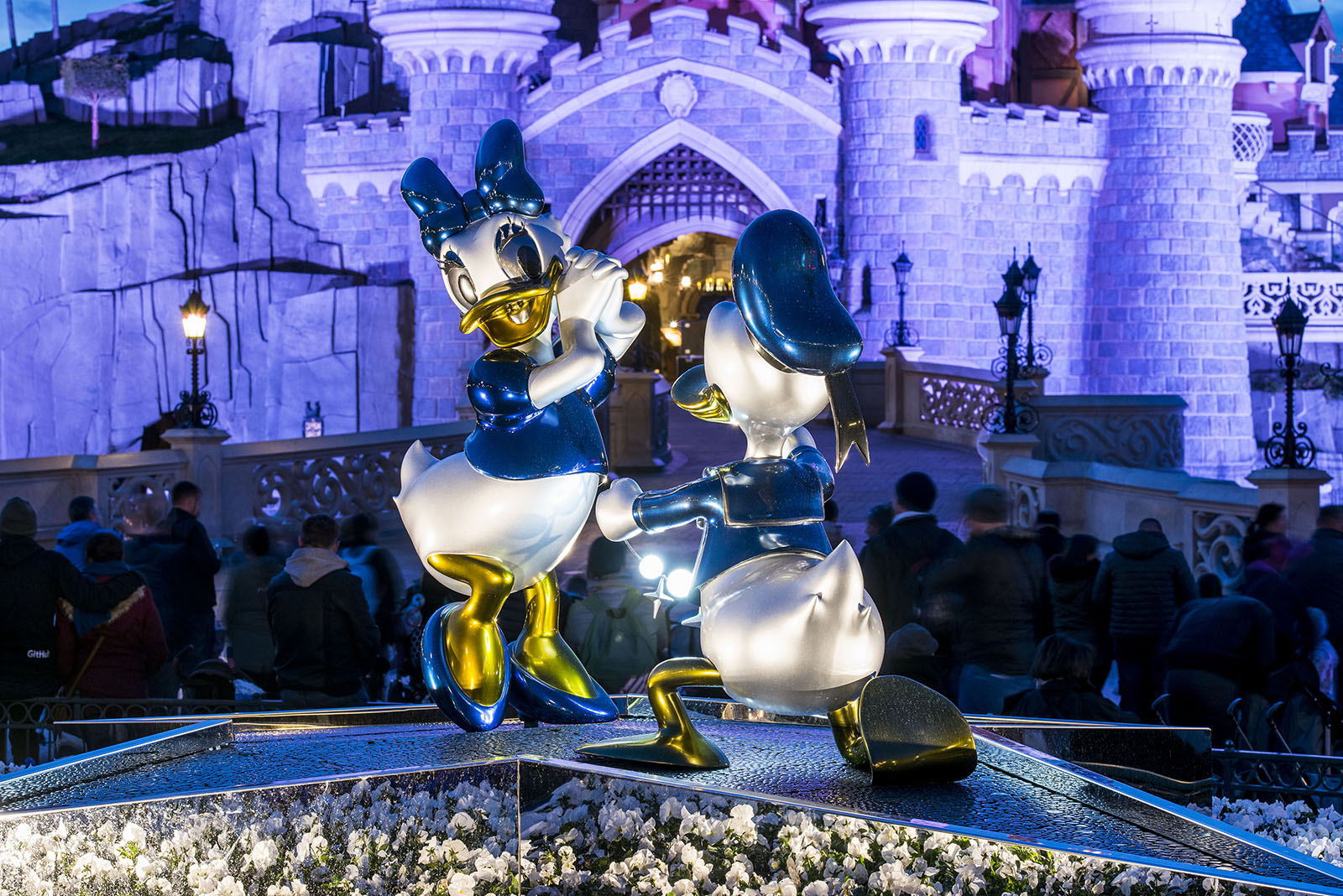 Elsewhere in Disneyland Park decorations are minimal and this is for the best – not because the decorations are ugly, but rather because the 25th anniversary is a celebration of the park. After Project Sparkle, over the top decorations were not required as the park sparkles all over from the extra love and care that the refurbishment teams have been giving.

The extra decorations are pretty much limited to photolocations that celebrate the most famous attractions of the park’s past 25 years ranging from Big Thunder Mountain, to Dumbo and the Mad Tea Party. These are very nice touches and very welcome.

The Walt Disney Studios has also been allowed to join in the 25th anniversary, again in a very minimal way. Unlike the 20th anniversary where the Studios park only received a basic banner with the anniversary logo, the Studios gets a good number of specifically created banners that look exceptional. These banners represent Disney characters in a sort of constellation type look and looks very nice.

It’s always been a pet peeve that the Walt Disney Studios park gets overlooked in seasonal entertainment at Disneyland Paris, it’s nice that whilst the park is still overlooked somewhat that it has not been totally ignored and that the entire resort is joined in celebrations. 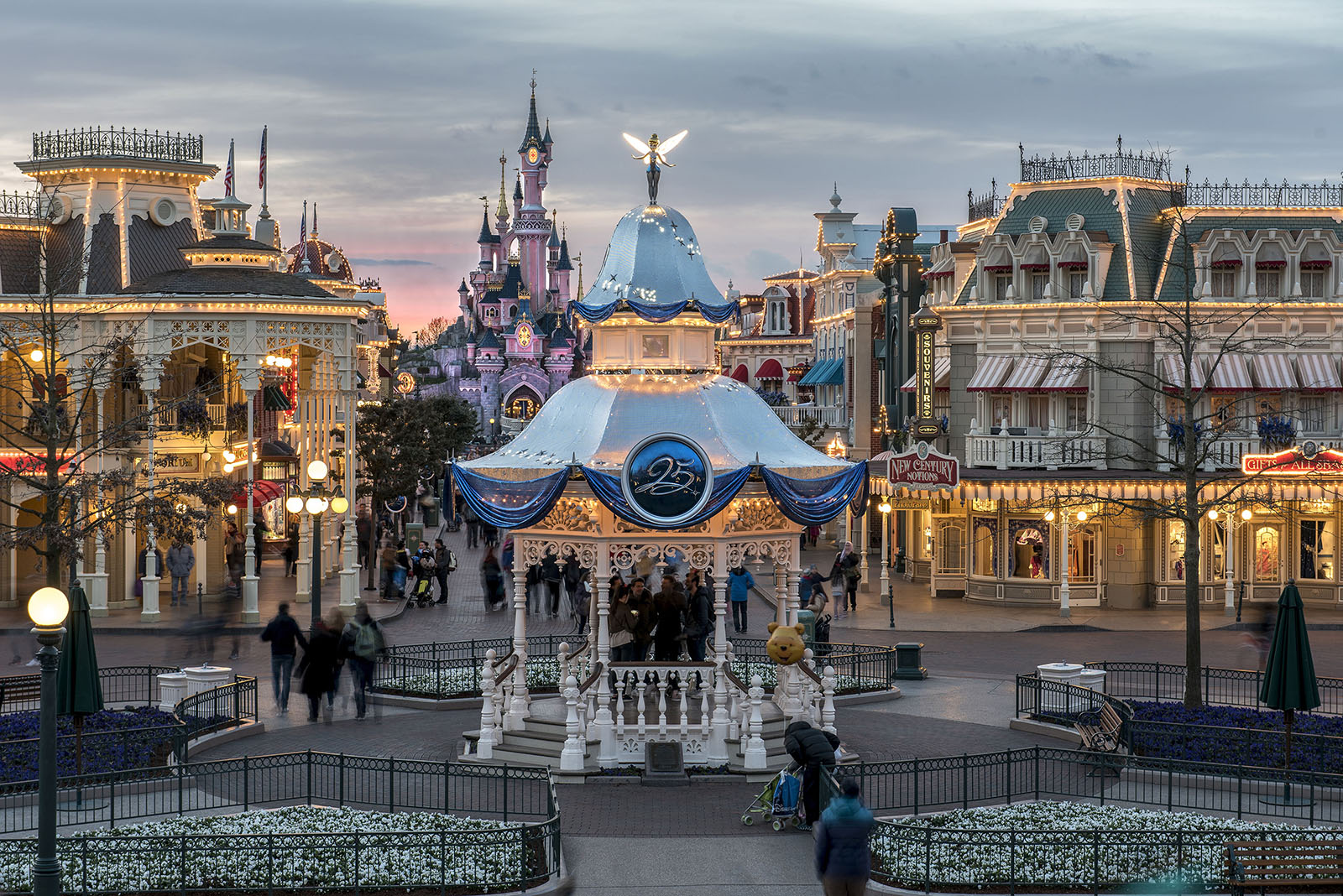 The Disney characters, as usual, have joined in the celebrations and have been given blue and silver style costumes and are happy to meet guests in these costumes during the day on Main Street USA. The costumes are very nice and classy, certainly fitting of the celebration look. 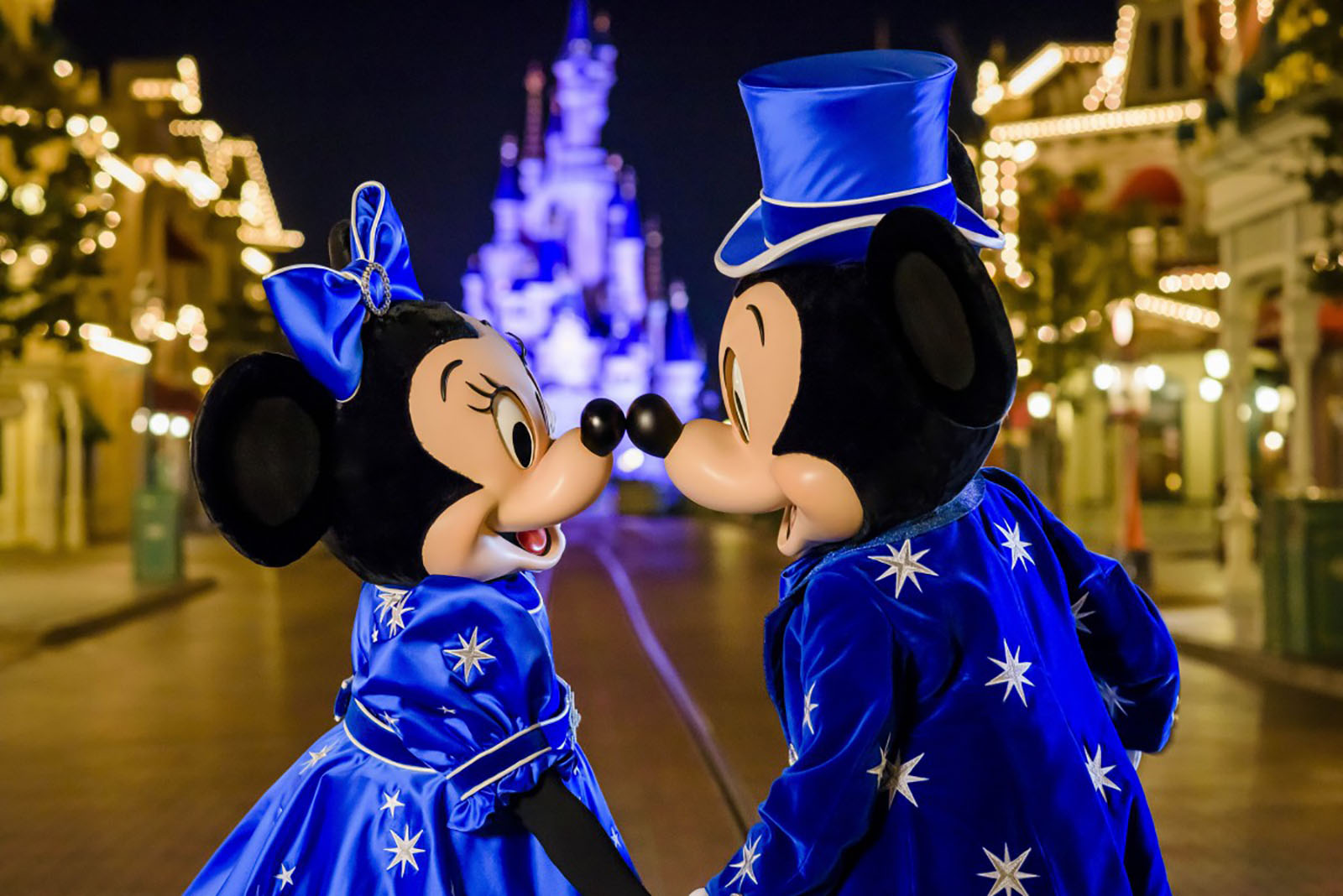 Overall, the decorations for this 25th anniversary are minimalist and refreshing. They are generally speaking very strong and allow for the park to shine as was originally intended 25 years ago. The decorations reflect this and evoke a celebration and an homage to the park. 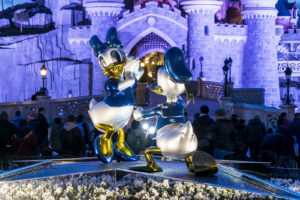 25: A park that sparkles

Project Sparkle has all lead up to this. The 25th anniversary is here and the park has got a complete overhaul; blue and silver are