2019 is a big year for Disneyland Paris merchandise. The year will see a year of fantastic collectibles that will join many fan collections! Take a sneak peak...

When it comes to merchandising, it’s probably fair to say that Disneyland Paris has not really captured the fan market in the past. But, each year that goes by we tend to see gradual improvements in the merchandise offering that goes far beyond the simple t-shirts, mugs and plushes.

The 25th anniversary was the first landmark for a move into fan-oriented merchandising, items such as attraction posters, medallions, keys and sculptures went on sale in the parks. It’s clear that these were popular as 2018 saw a small extension to the collection of keys and more sculptures being added.

Disneyland Paris have now released its top collectible items for 2019 and its fair to say that each has a significant interest to Disneyland Paris fans. Whether your interest is characters such as Mickey or Tinkerbell, or you’re fascinated by the secrets of the most-loved Disneyland Paris attractions, 2019 is for you. Here are just some of the top items as selected by the merchandising teams at Disneyland Paris.

This figurine represents the entrance of Star Tours in Disneyland Paris with its sleek curves and on top of this is a Starspeeder 1000.

What is quite nice about this model is that it does a fantastic job of representing the attraction, it’s also quite sizeable coming in at height of 30cm.The model has lighting functions which will, once again, further represent the attraction.

It is, however, quite a high price for this model. Fans of Star Tours will eat this one up, for the Casual guest and fan, it is perhaps a little bit too much. 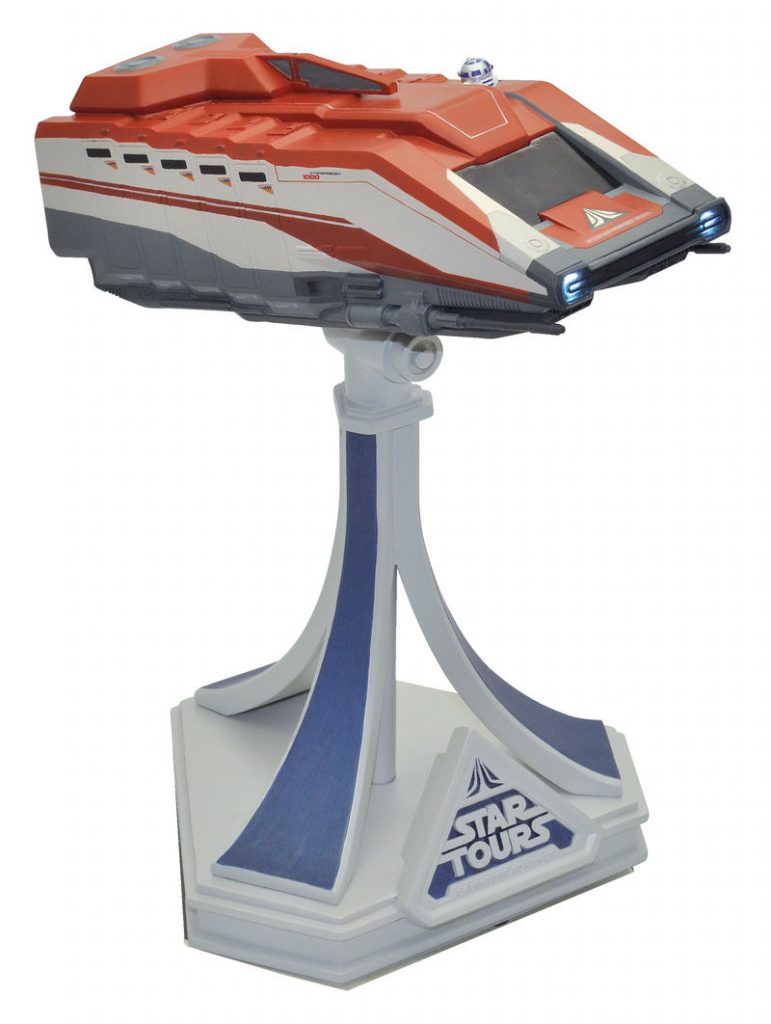 Pirates of the Caribbean: A Treasure of an attraction

Upon returning from its refurbishment in 2017 Disneyland Paris created a book entitled Pirates of the Caribbean: A Treasure of an Attraction, the book was distributed to Cast Members and fans and went down as an immediate hit. Now, Disneyland Paris guests will be able to delight at the stories behind the attraction.

This 98 page is potentially one of the very best ever created by Disneyland Paris with care poured into each and every page. The design element of the book is highly inspired and is a pure delight to read.

This is certainly something that every fan will want on their bookshelves. 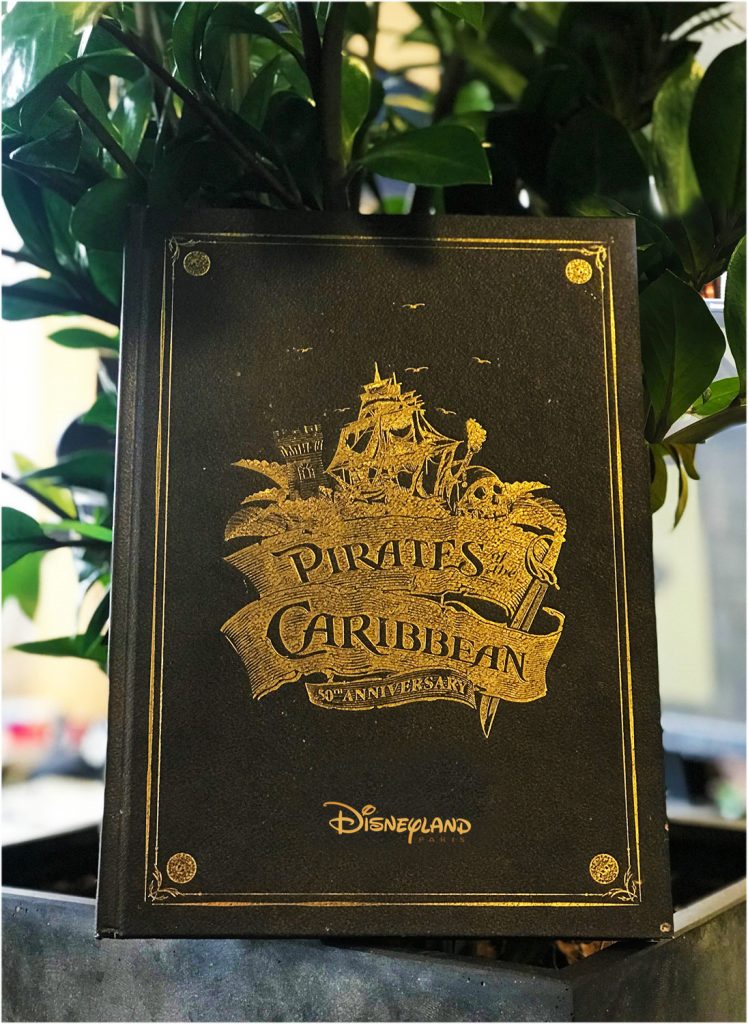 La Place de Rémy is without a doubt one of the nicest in the Walt Disney Studios park. This statue pays tribute to this wonderful Parisian chef, but also the details in the mini-land that opened in 2014. The statue is highly authentic to the statue of Remy in the square – something that was greatly helped by the merchandising teams having access to the original 3D Walt Disney Imagineering files.

I love the bronze looking finish that has been applied to the model, it looks both classy and refined. This is something that I would be delighted to have on display. 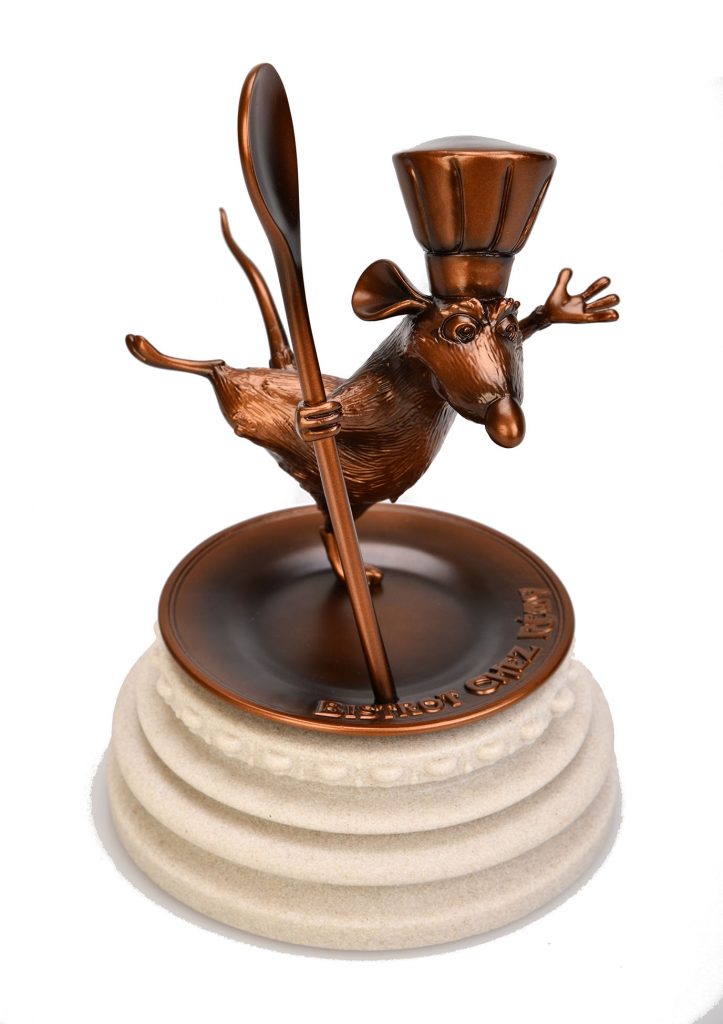 These wooden models are already a feature in foreign Disney Parks. These models pay tribute to Disney vehicles but have an element of fun as you’ll have to put them together.

I love the style of these models and the focus on the vehicles (particularly of Main Street USA). 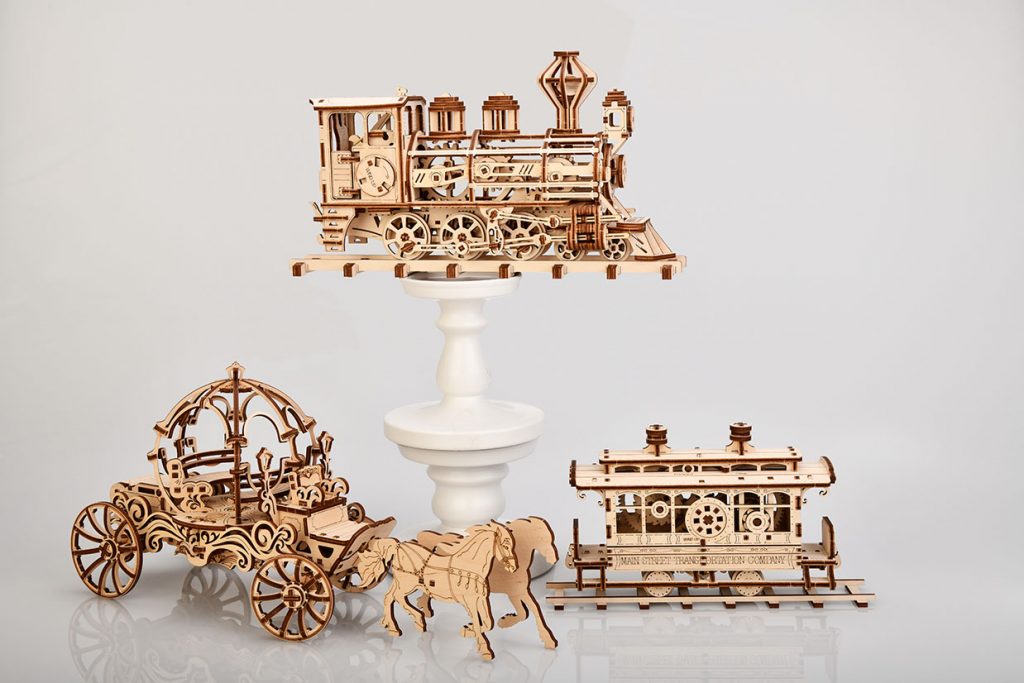 Disneyland Paris fans love a good snow globe. In February 2019 this new deluxe snow globe will centre around the fairy that has come to symbolise Disney magic: Tinkerbell.

What I really like about this snow globe is that it plays with the scales introduced in Peter Pan and even has a Darling family portrait – a real homage to the popular Disney classic. 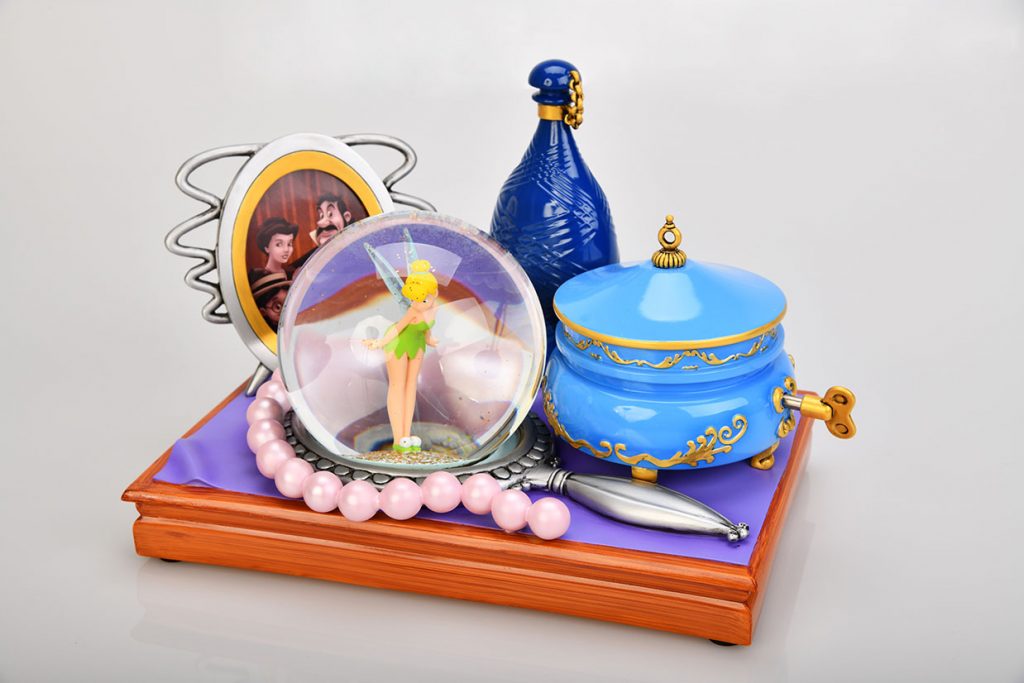 An absolute highlight of the 2019 collection is this wonderful sculpture that celebrates the Hollywood Tower Hotel. Perhaps what is most striking here is that the safety net of creating a real replica of the attraction has been avoided, instead the tower looks ‘as-new’ where the Elite of show business would be staying at the hotel – who knows, maybe even bringing a sculpture such as this home to remind them of their stay? 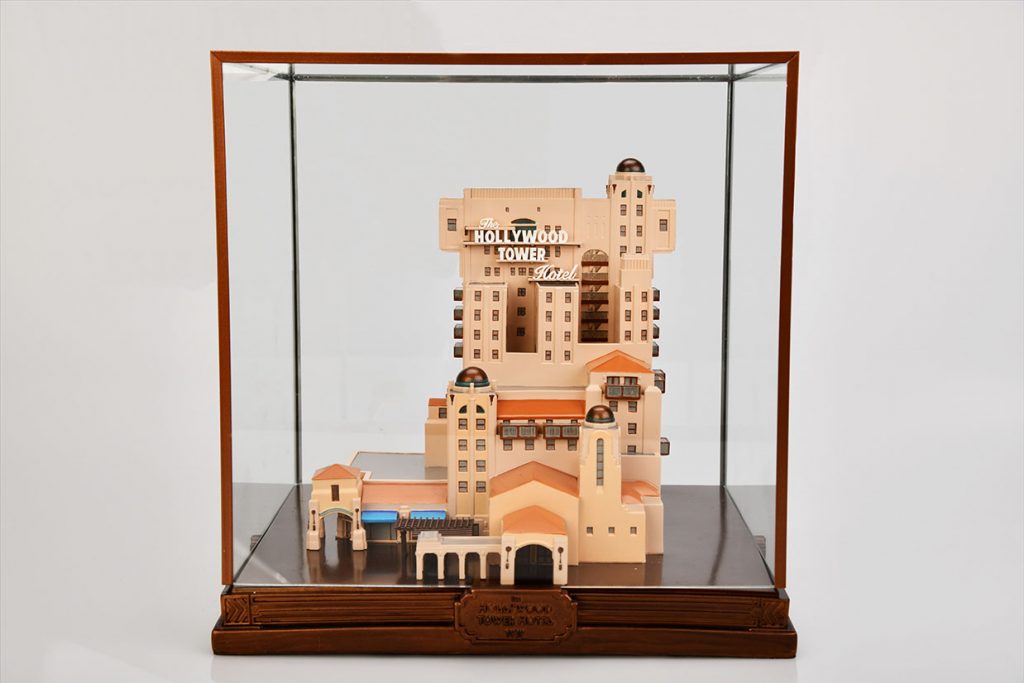 At 50cm tall, this statue would certainly stand out if you add it to your collection. The sculpture in Toon Studio is phenomenal – Sorcerer Mickey pointing to the sky.  Yes, it’s not cheap but it is a wonderful piece and has been designed with help from Walt Disney Imagineering for ultimate authenticity. 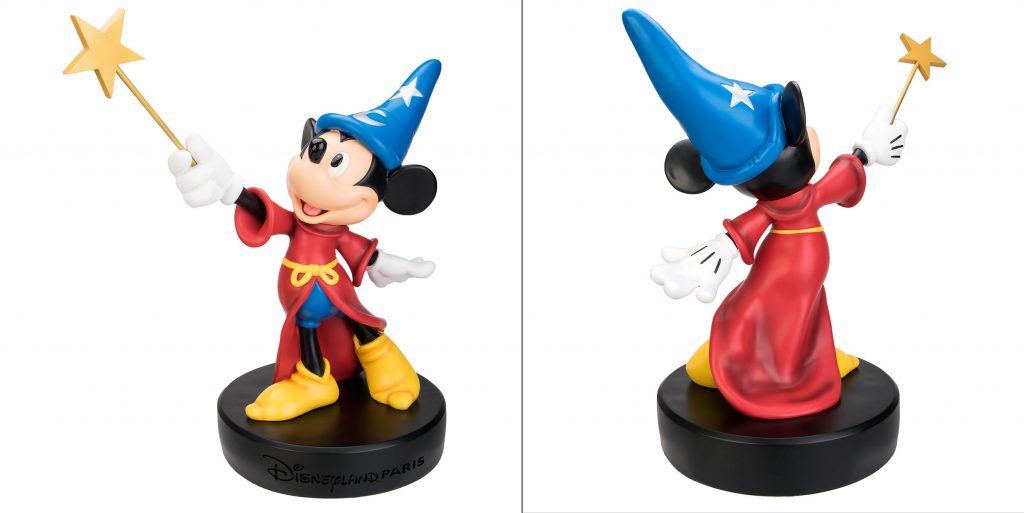 For Disneyland Paris attraction fans, perhaps the biggest event of 2019 will be the reopening of Phantom Manor. This will, naturally, be celebrated with merchandise releases. This wood printed Phantom Manor poster is the ultimate souvenir of this exciting re-opening.

I love the authenticity of this piece and the details of the artwork, it is a must-have for any Phantom Manor fan. It’s also a rather sizeable piece with a height of 70cm, it’ll make a great display in any Disney household. 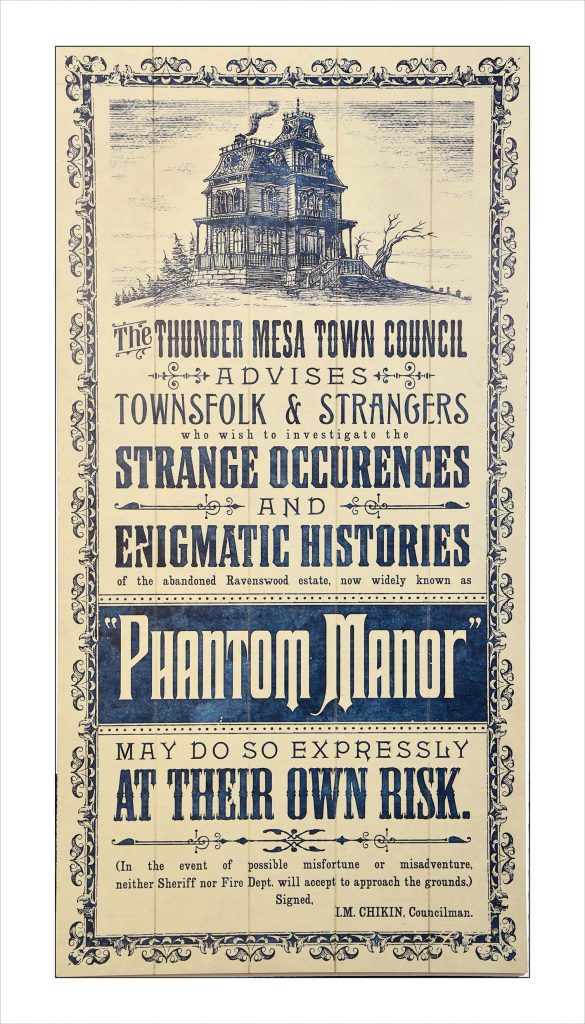 Book fans, 2019 has been made for you (or rather, us!). This long-awaited volume will be released upon the re-opening of Phantom Manor and will be written by the same team as the Pirates of the Caribbean book. If that book is anything to go by, then this is something that you certainly do not want to miss. 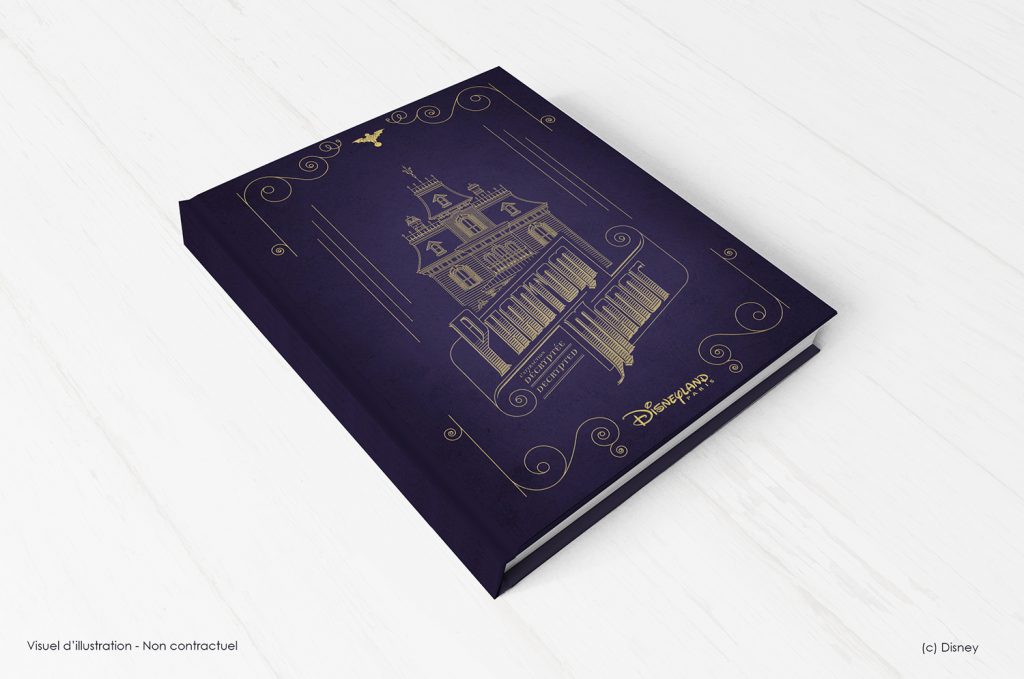 The Disney tradition of fun maps is now alive and well at Disneyland Paris. Upon the opening of a Disney park, a fun map is created to illustrate the excitement that awaits in the park. This newly reworked version – full of details – is modelled on the 1995 edition at Disneyland Paris. The team at Walt Disney Imagineering have had their own input too, be on the lookout for all sorts of fun details! 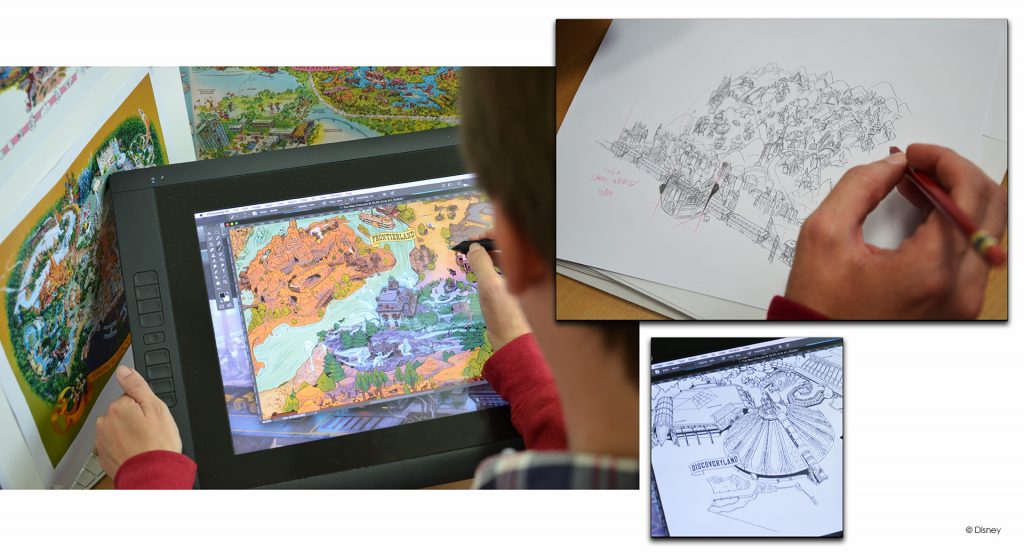 A fantastic year of collectibles

2019 is a year for the fans when it comes to exciting merchandise. There is something for everyone and demonstrate the diversity of the Disneyland Paris offering. It’s exciting, seeing these, to imagine where the Disneyland Paris merchandising teams will take us next. One thing is for certain though, it’s going to be great! 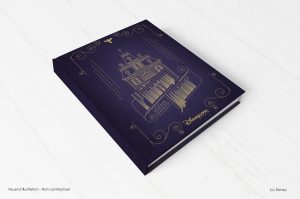 2019 is a big year for Disneyland Paris merchandise. The year will see a year of fantastic collectibles that will join many fan collections! Take a sneak peak…