The sounds of Spring fill the air; the traditional main street music is playing, birds are singing along, you can make our a car horn. Main Street USA residents are wandering the street with baskets of flowers under their arms. This is how the scene is set for Welcome to Spring (Bienvenue à la belle saison). Perhaps the strangest thing about this short show is how unpronounced it is. Yes, it is listed in the programme and yes it does say where. But until about 3-4 minutes before the show it is unclear exactly where. The Gazebo area is roped off, and a small part of the street is left empty guarded only by a small mat on the floor with the words Swing into Spring on it. Cast Members politely remind guests who see this large open space as the perfect opportunity to escape the large crowds and get ahead up Main Street that there is actually a reason why it has been left clear. During my stay, guest flow cast members were eventually understanding how to stop this; but it is the nature of a show that doesn’t have a clear and pronounced stage.

My little grumbles aside, this show is perfect. I don’t like using that word often because not much is perfect. Perfect implies the impossibility of improvement. But in this sense, I was happy enough with the show to use the term. Why? When I think of Disney Parks I think of an entire package, far too often theme parks forget that entertainment can exist away from rides. Disney, to their credit, are always on top of this. The seasonal entertainment often means that I barely do any rides in a day; the problem occurs when there is not a ‘season’ being run. Walt Disney Studios Park passes with Animagique, Cinémagique and Moteurs, Action Stunt Show Spectacular. But I’ve often moaned that Disneyland Park has nothing. Enter Welcome to Spring and a piece of entertainment that is not a show for the sake of a show – it is themed. It adds to the theme of Main Street. In fact I’d love to see variations of this show across the 12 months of the year; and why not? It’s a short little show that is popular but also manages to incorporate a meet and greet opportunity – that people seemed to love! I commented at the time saying that each land should have something like this, and it should – it doesn’t have to be much: Main Street, this show (or a variation of), Frontierland could incorporate some country music to a hoe-down type vibe, Adventureland could add some traditional African dance to the Tam-Tams, Fantasyland is more difficult as it would have to involve characters and Discoveryland is perhaps the most difficult of them all.

So, let’s examine this show in detail. 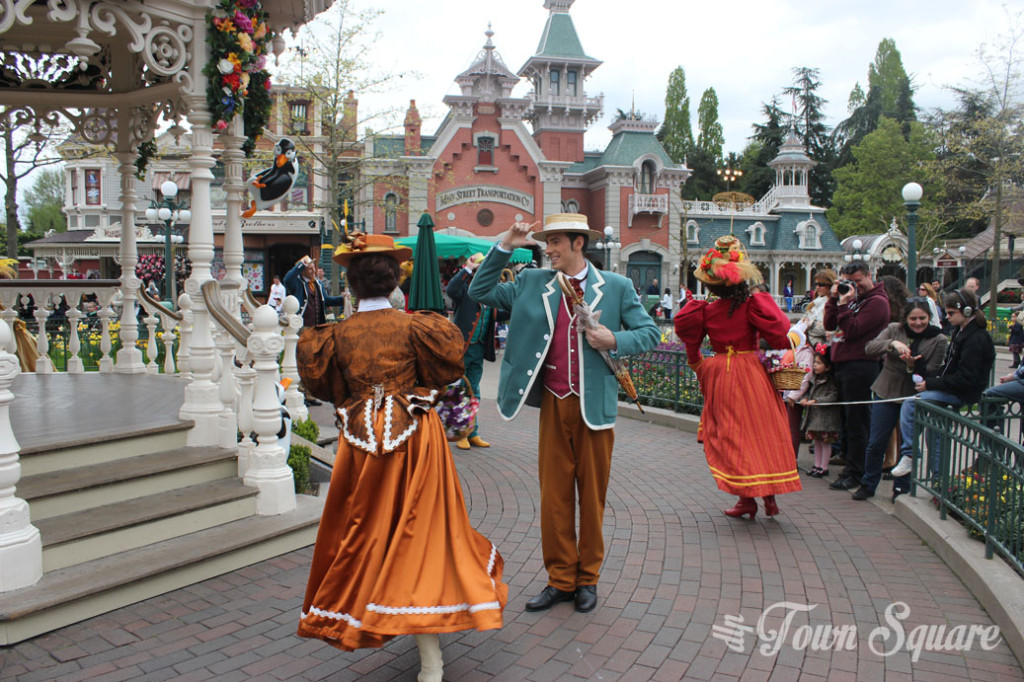 The obvious reason is because of the season 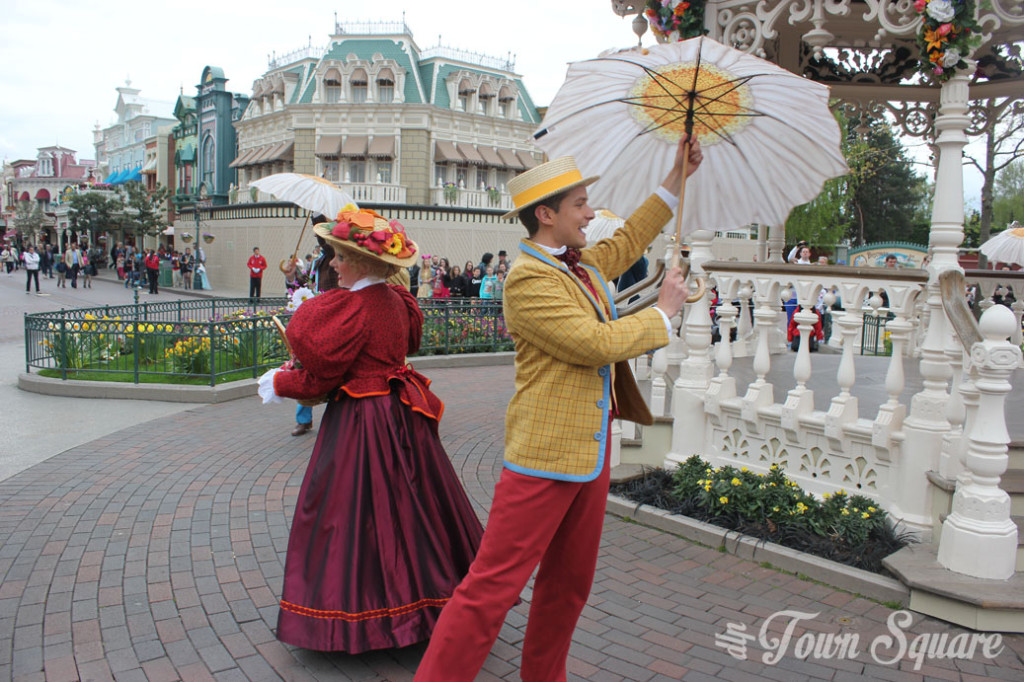 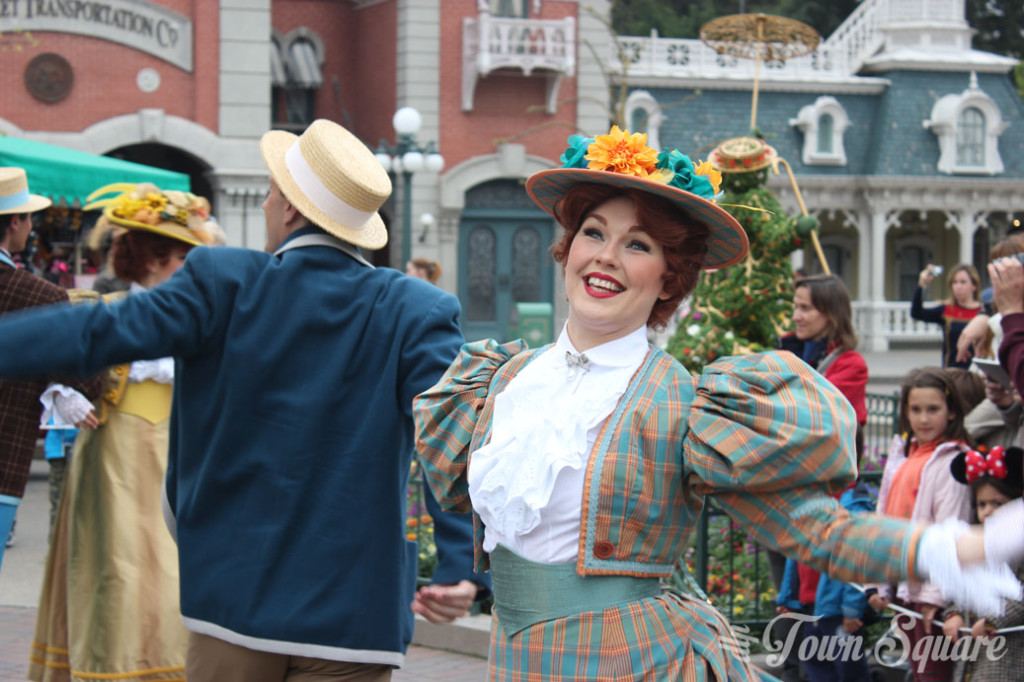 I was strolling in the park one day, in the merry, merry month of may 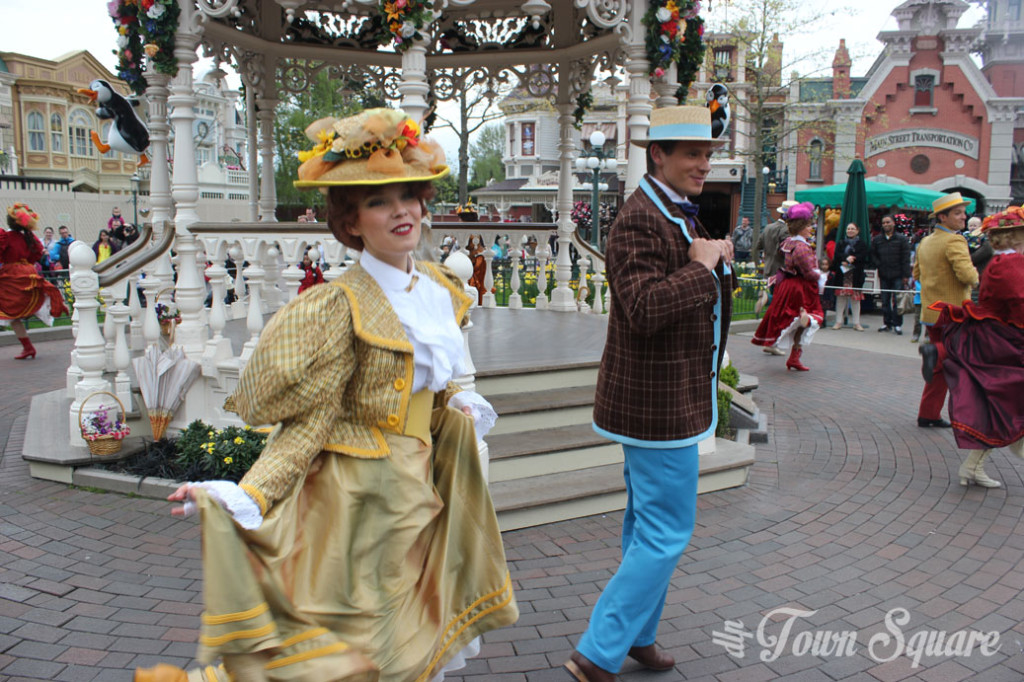 A smile was all she gave to me. 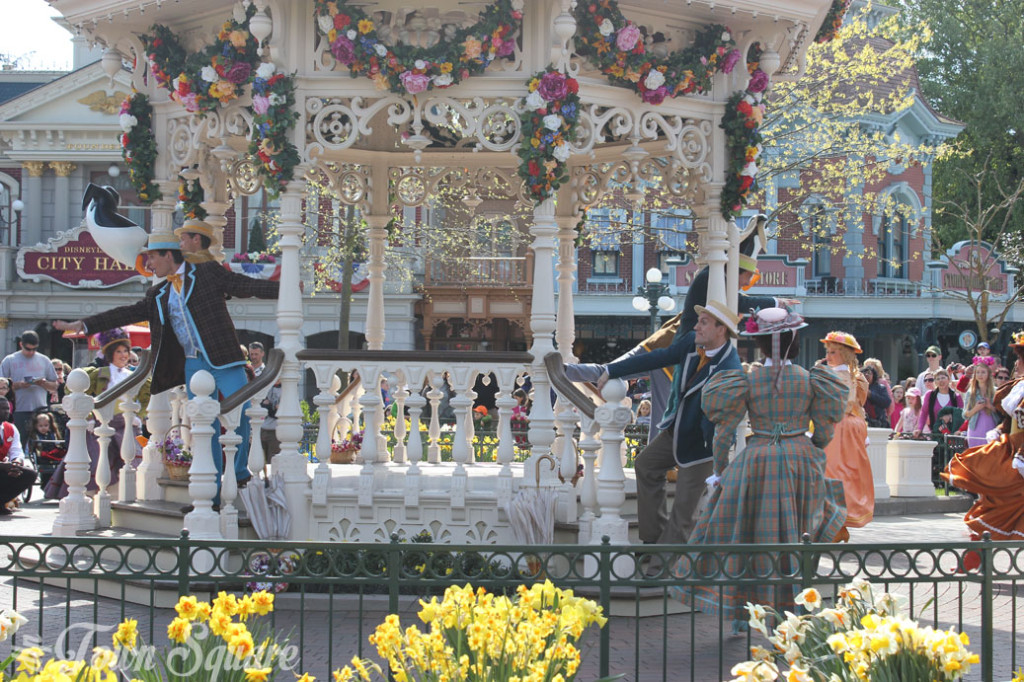 We were as happy as could be 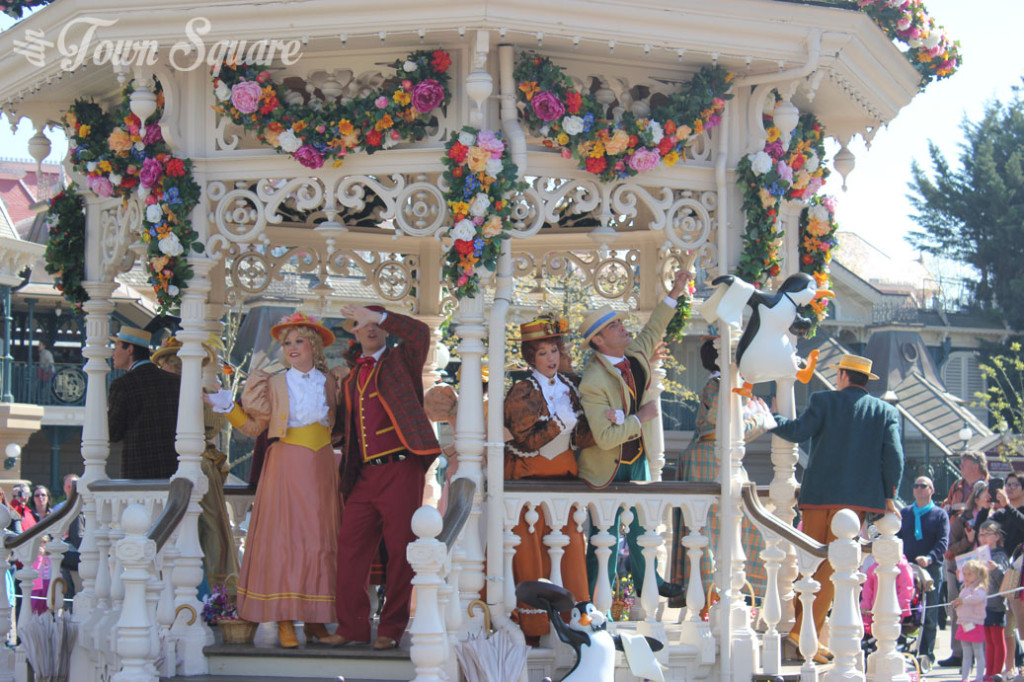 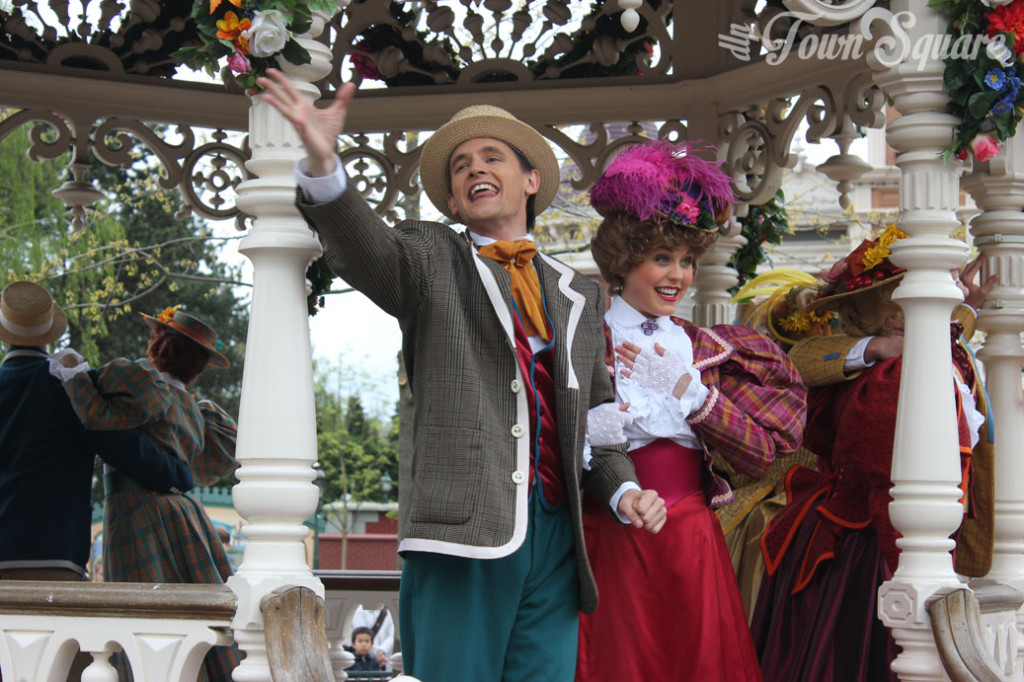 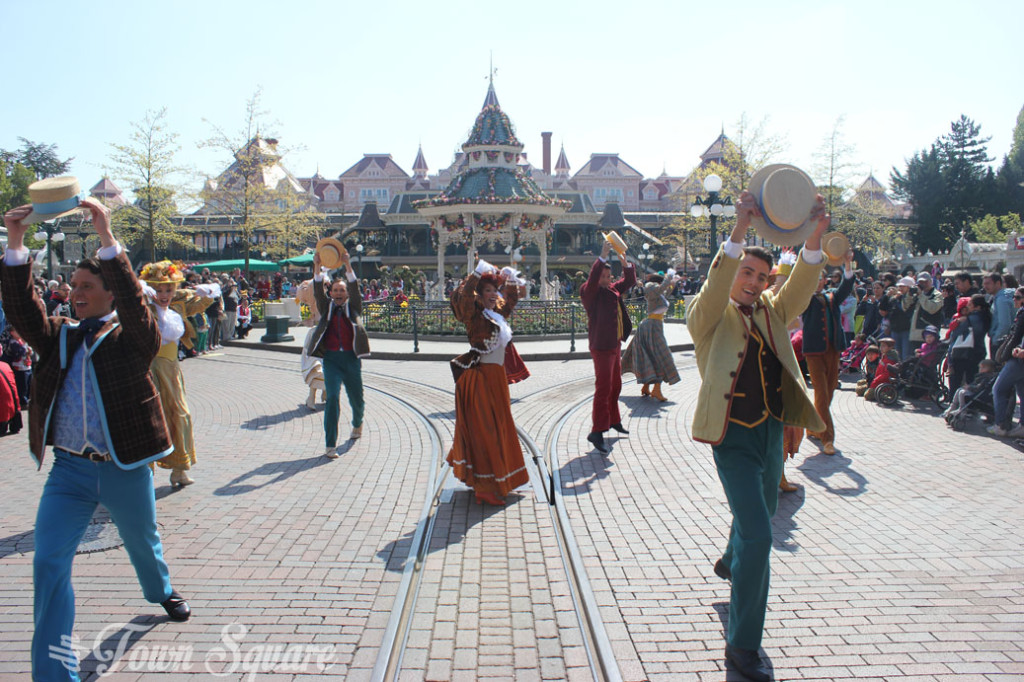 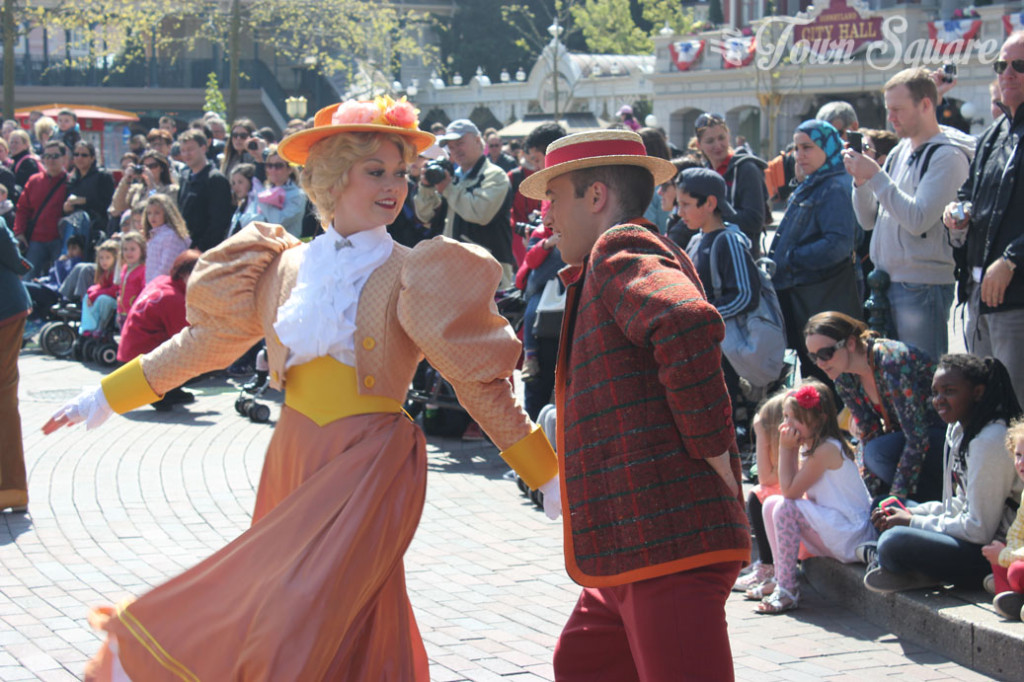 Moving seamlessly in the The Trolley Song mixed in with some inventive dance moves. 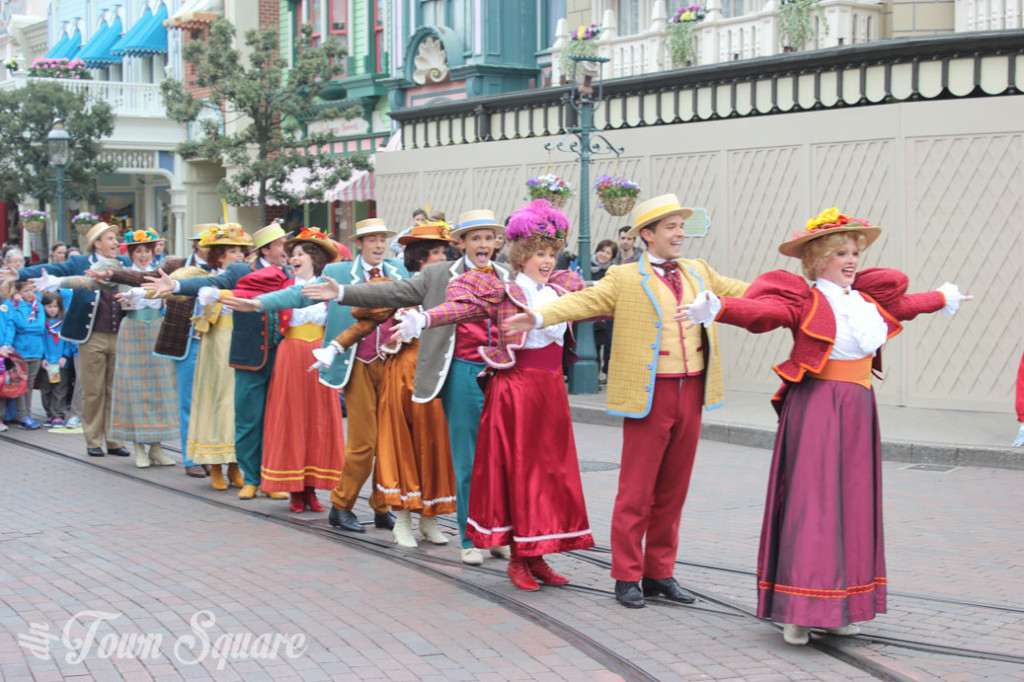 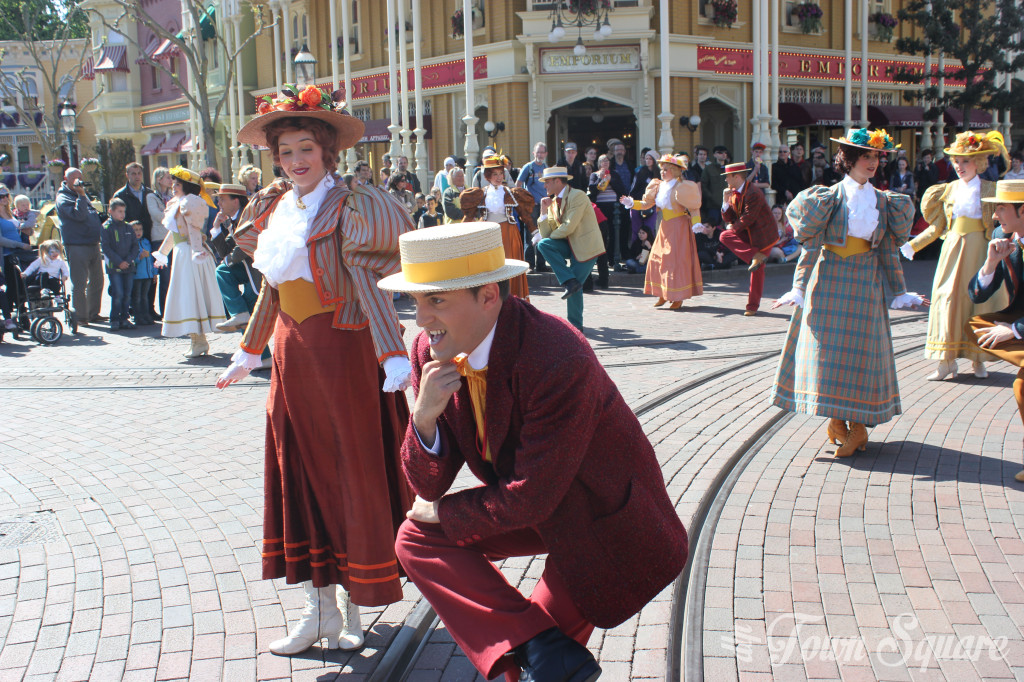 The finale is a small mix of Walkin’ Down the Middle of Main Street USA and The Trolley Song giving a lively end to a happy show. 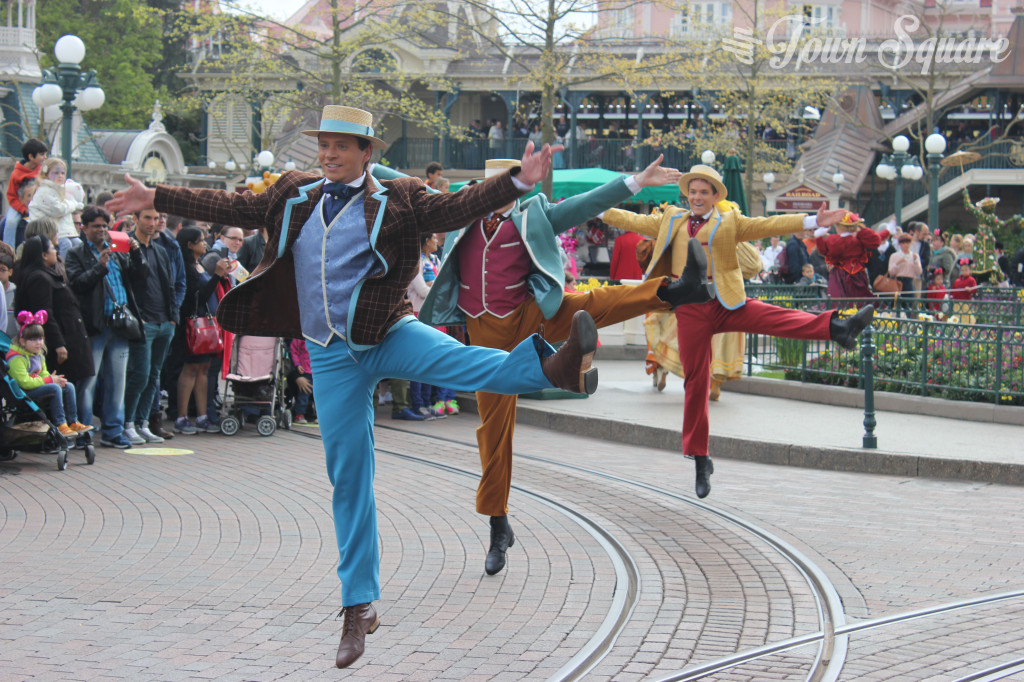 Guests are invited quickly to fill in the space on Main Street and interact with the residents who are happy to pose for photos and have a chat about their day. But they won’t stay too long, you see they just love to sing about Spring! 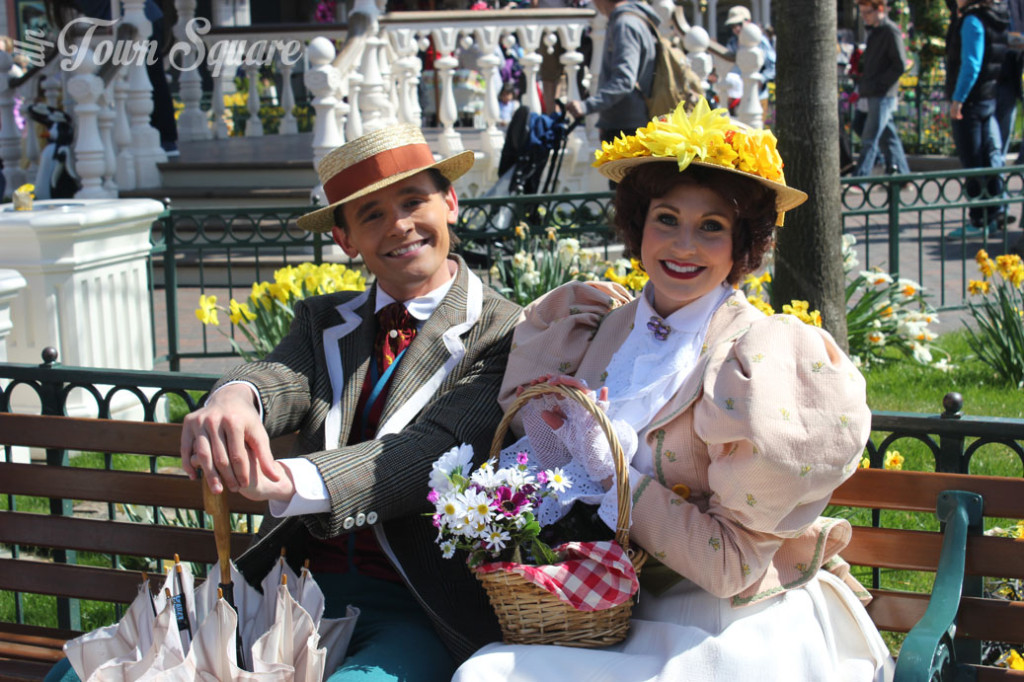 Overall, this is a spectacular piece of themed entertainment, a piece of entertainment that a Disney Park merits and deserves. Just, let’s make this a regular thing; not just for Spring!