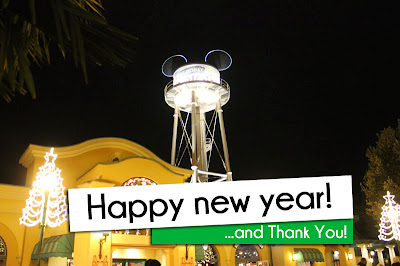 2013 has been a fascinating year for both Disneyland Paris (a review of the year article is to come very soon!) and DLP Town Square. One of the things that is so good about entering a new year is that it gives us a chance to reflect on the year that has just passed and to give thanks for it.

And so, to everyone who has supported DLP Town Square since July 4th 2013, a massive Thank You. When I signed up for the twitter account, I really had no idea what I was getting myself into. Now, I have over 600 followers on Twitter, thousands of website views and a great deal of new friends. You’ve taken this ride with me, and I thank you for that.

So what’s next with DLP Town Square? Well, since July I’ve been working on a new website for the blog. In a few days the migration will begin in earnest and I’ll be entering a private test phase. Hopefully, by the middle of the month the new site will be online. Until then, it’s business as usual.

So once again, I wish you a Happy and Healthy New Year. – Thanks for all your support, it means a lot to me. 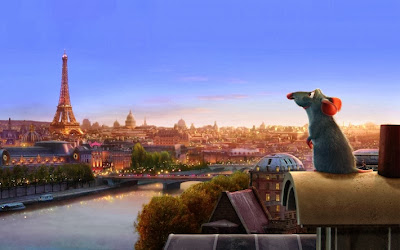 It’s January 1st, and so we are officially in the year that Ratatouille opens! And so, Disneyland Paris have released this press release (that is currently on every Disneyland Paris fan site out there). Nevertheless, we get an idea into what we can expect to open, and when. Invaluable information for planning your trips!
————————————-
The world of Ratatouille comes to Disneyland Paris in 2014
Next summer, Disneyland Paris will unveil a major new attraction and mini-land inspired by the Oscar-winning Disney•Pixar film Ratatouille. The film, directed by Brad Bird, tells the tale of Rémy, a young rat who has amazing talents in the kitchen and dreams of one day becoming a great chef. This leads to a fun but perilous journey that eventually lands him as the head chef of one of the most famous restaurants in Paris. Now Rémy has arrived at Walt Disney Studios Park to share his culinary delights and crazy adventures with the entire family.
On the attraction Ratatouille: L’Aventure Totalement Toquée de Rémy*, guests will shrink down to the size of a rat and join Rémy and his friends as they scurry through the kitchen, dining room, and walls of Gusteau’s famous Parisian restaurant, all the while trying to avoid the nemesis from the film, Chef Skinner. This first of its kind Disney attraction will immerse guests into an animated world like never before as they experience what it’s like to be a rat in a human sized world.
The attraction is located in a new corner of Toon Studio that’s been transformed into a Ratatouille-inspired version of the City of Light. In addition to the attraction, this mini-land also features a shop, Chez Marianne Souvenirs de Paris**, and a rat-scale themed table service restaurant, Bistrot Chez Rémy*. The restaurant, which is the only one of its kind across Disney Parks worldwide, is directly adjacent to the attraction and serves the “little chef’s” famous dish, ratatouille.
After Crush’s Coaster, Cars Race Rally and Toy Story Playland, Ratatouille will be the fourth attraction at the Walt Disney Studios Park inspired by a Disney•Pixar film. Disneyland Paris will once again combine its narration skills with state-of-the-art technology to offer the best possible experience.
Next summer, join us for Ratatouille: L’Aventure Totalement Toquée de Rémy, only at Walt Disney Studios Park, Disneyland Paris.

Interestingly, the French press release that came alongside this one mentioned a name for the Ratatouille Paris area: La Place de Rémy.

This year, you can experience the ride and restaurant THIS SUMMER and the shop, a little later THIS AUTUMN. And there is even more to look forward to that will continue to be unveiled over time. So this summer, you’ll be able to stroll a Parisian street just metres away from being shrunk to the size of a toy, and a few more metres away from riding the East Australian Current. Not bad huh?

All that remains to say in this, the first post of 2014, is a huge Happy New Year!