The event that has sent fantastic positive energy running through the Disneyland Paris twitter feeds continued today, whilst we received slightly less news, what we did read excited many Disneyland Paris fans.

The Phantom Manor attraction merchandise is selling well, and this line will soon be extended. (As we’ve already seen with lanyards coming next week).
There are new Vinylmations to come soon, including The Little Mermaid series, Pins have seen a strong 2013 and they seem to be very happy with the way that is going in Disneyland Paris.

Today’s big news was a new ‘Art on Demand’ service in the Disney Gallery Store in Disney Village. The system is simple enough, walk over to a screen, search through the listings and find a piece you like, select how you want it finished, and it’s framing. Take the ticket to the counter and pay. Your art will be at your house in 2-3 weeks.  The beauty of the system is that, whilst over 200 pieces are on the system now, more can be added at any time without having to create more stock. The customer gets the art they want.

You will be able to buy attraction posters (a long-awaited feature from Disneyland Paris fans), and images of Walt and many more Disney related images.

Buffalo Bill’s Wild West Show is the second most popular show in Disneyland Paris after Disney Dreams! and will see a Halloween version added in October, the show will also soon get some new signage.

Parks
Some news from yesterday that was reported today was that Tarzan the Encounter will return to Disneyland Paris soon.
The Disney’s Blockbuster Café has changed overnight! The High School Musical themeing has been removed and Iron Man has arrived.

Again, if you liked this report, make sure you follow the people who reported it @MagicForum and @DesigningDisney – They have worked very hard to report these live tweets, and would probably really appreciate you taking the time to thank them.

Another month down, and we head into the Autumn months and Disneyland Paris’s spooky Halloween season, and some exciting Halloween pin releases! Umm… well…. 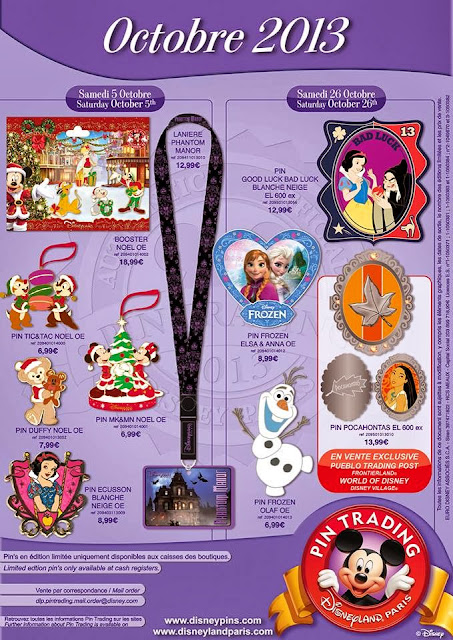 So, no new Halloween pins, however I understand that last years pins will be put back on sale, and we go straight into Christmas. I adore the 2013 Christmas visuals and this years booster set looks fantastic, the two stand alone pins are Chip and Dale and a Mickey and Minnie Pin (This one being remarkably similar to last years). Duffy is hugging a Mickey gingerbread man in his pin.

This months Princess carriage is Snow White, and looks nice (if you like princesses). The fantastic Phantom Manor lanyard has arrived, perfect for your attraction collection pins! I really like that the Phantom Manor spooky wallpaper has been used on the lanyard, I know there are lots of fans of this attraction and so this is going to sell very well.
Moving onto the end of the month and Frozen, Disney’s 52nd Animated Classic makes its debut in the pin trading circles. The Olaf pin is going to sell very well (and I think he’ll be an incredibly popular character), especially since he will be hosting ‘Disney Dreams of Christmas’. The Princesses Anna and Elsa appear on their own pin as well.

The good luck/bad luck series continues with Snow White, those of you who follow my pin posts know I’m a huge fan of this series and would love to add this to my collection as well.  The princess lockets continue too with Pocahontas being released later in the month.

And that’s it for another month! I hope some pins on the poster catch your interest, I know I’ll be buying those Christmas pins! 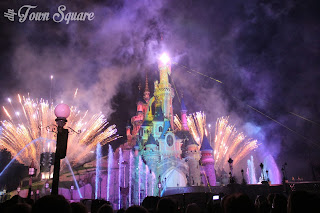 A series of posts of 20th Anniversary highlights could not miss the new spectacular Disney Dreams! show. Disney Dreams! has put Disneyland Paris on the international map, fans of the European resort have longed for something world-class, that would make Disney fans across the world jealous and want to come over and see our parks, with Disney Dreams! we got this, but it even exceeded the wildest expectations.

Whilst the story started long before that March night, that night was the accumulation  of many years work, Disneyland Paris fans sat on YouTube, eager in anticipation as to what would follow. It exceeded expectation, fans rejoiced and started booking trips to see the show with their own eyes. Over the year and a half it has been running the show has seen modifications, and has received many accolades including a IAPAA brass ring award. It has been an enormous spectator success with millions already having seen it and consistently scoring very high approval ratings meaning that for Disneyland Paris, the investment has been worthwhile.

Disney Dreams! is a reasonably simple show in its storyline. Peter Pan’s Shadow escapes and hits the second star to the right, unfortunately all the magic spills out and Shadow goes on a magical journey through many Disney classics and meets a range of characters, both good and evil. Can Shadow eventually put the magic back in the star? 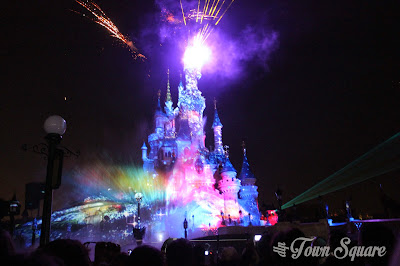 The popular classics featured in the show include ‘Be our Guest’ from Beauty and the Beast in a foot tapping opening to our story, ‘Friend like me’ from Aladdin in a thrilling piece of show and effects. ‘Out there’ from the Hunchback of Notre Dame, which is an incredibly beautiful song in the French version combined with the mind-blowing projections of the Notre Dame facade on the castle. The current 2013 version then launches into a fan favourite Lion King medley which gets the crowd dancing followed by a Brave section which is almost a breather but with its funny moments. Doctor Facilier then changes the castle into a mechanical castle with breathtaking fire effects, before the villains take over a threaten to take Shadow. Before Peter and Wendy save the day and bookend the show, much like it started with ‘The second Star to the right’ and ‘You can fly!’. 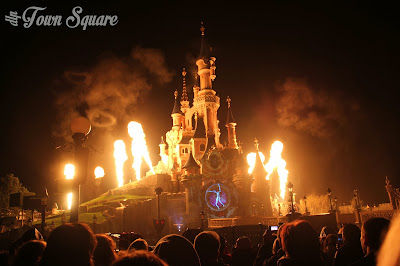 As we are taken on the journey through classic Disney films featuring the enchanted soundtrack scores from the films, all children (both young and the young at heart) will find themselves smiling, singing, dancing and enjoying the special effects that make this show much more than a thrilling story, but a technological marvel for all the senses. The show features: Mapping on the castle, water projections, water fountains, fire and pyrotechnics to name but a few, these features are carefully thought out and are triggered at moments where they make sense to the plot of the show, or moments where they add emphasis to a ‘magical moment’. This is no typical firework show, this is a nightly spectacular that our resort can be proud of and will continue to evolve as time goes on (as can be seen through Disney Dreams of Christmas launching this November). The future is bright for Disney Dreams!, time will tell how the show will continue to evolve and impress audiences nightly.