In spring 2017, Disneyland Paris will open Star Tours 2. The simulator-based ride will get a total redesign and a brand new story offering guests an exciting different experience on each ride. The updated Star Wars attraction opened five years ago in the two Disney resorts in the United States and three years ago in Tokyo. Much in the way that Disneyland Paris has the final untouched, original Pirates of the Caribbean, it also has the original Star Tours. This changes very soon, on March 16th the last flight to Endor will depart Disneyland Paris’s Discoveryland and the European resort will be space port-less for a period of around one year. Meanwhile, across the world the amount of Star Wars is only increasing! How did Disneyland Paris get itself in this position? Let’s trace this together.

I was stood on Main Street USA when I heard the news, the Walt Disney Company had bought Lucasfilm. Naturally, I thought that the decision made sense – afterall, Disney Parks across the world were already invested in Lucasfilm properties such as Star Wars and Indiana Jones. Disney was the only option for Lucas if he wanted to sell his company.
Upon the purchase, CEO of the Walt Disney Company, Bob Iger, conducted a conference call. According to The Verge, Iger was quoted as saying:

‘Disney also confirmed some other plans for the franchise, including placement in its gaming and television business as well as its parks and resorts business. It sounds like we can look forward to more Star Tours, new Star Wars video games, and even more non-film tie-in products.’

I draw particular attention to the plans for the franchise in the parks. It was evident immediately that this would likely involve some form of Star Wars Land. Disneyland Paris fans were very quick to draw up plans for the land within the european resort citing potential space in both the Walt Disney Studios park and behind the current Star Tours building – this plan involved transforming Buzz Lightyear’s Pizza Planet into a La Cantina style outlet. The idea seemed plausible, but were rumours and nothing more. At the least, Disneyland Paris could look forward to Star Tours 2, one hoped. Nothing official had come through – and no official press release has still come through at the time of writing on the 21st January 2016. Disneyland Paris management have confirmed in video interviews, although I cannot currently recuperate the link. If I am able following publication, I will update this article with a link. Star Tours 2 is all but confirmed by name. In a recent video about the ‘Reinvent the Magic’ project currently being undertaken at Disneyland Paris, Star Tours is described to become an ‘innovative and exciting experience.’

Fast-forward to August 2013, and the Save Disneyland Paris petition was launched. The petition, addressed and sent to Bob Iger, cited a number of quality-control issues that Disneyland Paris experiences. Following the petition, Disneyland Paris launched a fan event entitled What’s New, What’s Next aiming to ease the minds of a fan base that were becoming increasingly disgruntled with the state of the resort. It was a good start, but nothing from Bob Iger. Just a few weeks prior to the launch of this petition, Star Wars Episode 7 was given a release date of December 2015. Star Tours 2 takes just under a year to install, if Disneyland Paris was to get Star Tours 2, surely it would be best envisaged to install it in time for the new film? That would mean that the very latest you could close the current attraction would be January 2015.
Announcing a new attraction when Disneyland Paris were already building one would be tough – especially since during the summer 2013, Disneyland Paris were denying the fact that they were building an attraction in plain view of the park’s guests. January 1st 2014, Disneyland Paris finally releases the most unsurprising press release that they could release. They were in fact building a new ride. Whilst Ratatouille: L’Aventure totalement toquée de Rémy has very little to do with Star Tours 2, there is a key link. The opening weekend in June 2014 saw Bob Iger visit Disneyland Paris. If ever there was a time for Disneyland Paris to have their major Star Wars development green-lit, it was now. The release date for the film was known, the approximate release schedule for future Star Wars films was also known. Star Wars mania was set to kick off in December 2015.
A compromise was apparently reached, Disneyland Paris would receive the Jedi Training Academy in 2015. This was fantastic news for all Disneyland Paris and Star Wars fans, providing that they were between 7 and 12 years old. Whilst Star Wars does have that very rare quality – that it is trans-generational – a large majority of Star Wars fans do happen to find themselves outside of these age brackets. The show seems to be a way to quieten european based Star Wars fans who were to cry out that in 2016 there was to be ‘no Star Wars in the park.’ Star Tours will close on March 16th and will not re-open until Spring 2017 (likely to be March or April in order to tie-in with the 25th Anniversary celebrations). By this time: Star Wars Episode 7’s hype will have died, Star Wars: Rouge One will have been released, we will probably already have a trailer for Star Wars: Episode 8. Essentially, Disneyland Paris misses the biggest year in the history of the film franchise due to poor planning. Star Wars: Episode 8 will not fair as well at the Box Office, the effects of the Star Wars drought will have ended (I’m not saying it will have a bad opening, meerly that it cannot hope to surpass The Force Awakens). The rush planning of Star Wars Night, which took place last month in Disneyland Paris, seems to suggest that Disneyland Paris has completely underestimated the pulling power and success of the Star Wars franchise. A miss that is baffling – the Walt Disney Company launched one of their biggest, and most expensive, advertising campaigns ever; the film has been teased and trailed for over a year; the press release stating that the film would exist in 2015 was released four years ago. Somehow, somewhere, Disneyland Paris has managed to mess up what is a cash cow for them. Star Wars would have brought guests to Disneyland Paris in 2016, a year where a large portion of the park remains closed. It is rather inconceivable that these planning decisions will have been made in ignorance of the film’s release, it seems clear that they were made in spite of it.

At the risk of this article being overly negative – which, let’s face it, it is – Disneyland Paris and Walt Disney Imagineering now have potential to work with. Star Tours 2 at Disneyland Paris could very well be the best version of the attraction in the world. By the time it opens, The Force Awakens will have premiered in television and no longer protected by Spoiler Warnings, Rouge One will have been in cinemas. Disneyland Paris needs to capitalise on this and somehow get these films incorporated in the ride. Episode 8 will be a matter on months away, in theory the filming will be complete and the film will be in post-production upon opening, if Disneyland Paris can work with the film-makers and have the eight installment ready to go in the ride system for when the major marketing campaign ramps up, Disneyland Paris could very well find themselves being able to rake in a lot of cash.
I’m frustrated that Disneyland Paris has missed this vital opportunity. The park could have performed much better this year if Star Tours was opened in its new version already – and Disneyland Paris needs the money. The fact that Star Tours made it to the top 2016 highlight in the recent press release issued by the company means that the resort now knows that this attraction is big for them right now. It’s an easy fix, but I’m very confident that when the attraction returns in 2017, we will have the best version of it that exists. – Be hopeful!

Note: Due to a major technical error, I am currently unable to insert links. This will be fixed at the earliest opportunity. However, if you google the following exact terms, the correct page will show up.
The Verge – Disney buys Lucasfilm, plans to release ‘Star Wars: Episode 7’ in 2015 (Published: 30th October 2012)
Petition – Save Disneyland Paris (Now closed, but the letter to Bob Iger is still accessible)
Disneyland Paris News – Re-imagining the magic
Disneyland Paris – Jedi Training Academy
Disneyland Paris – Star Tours 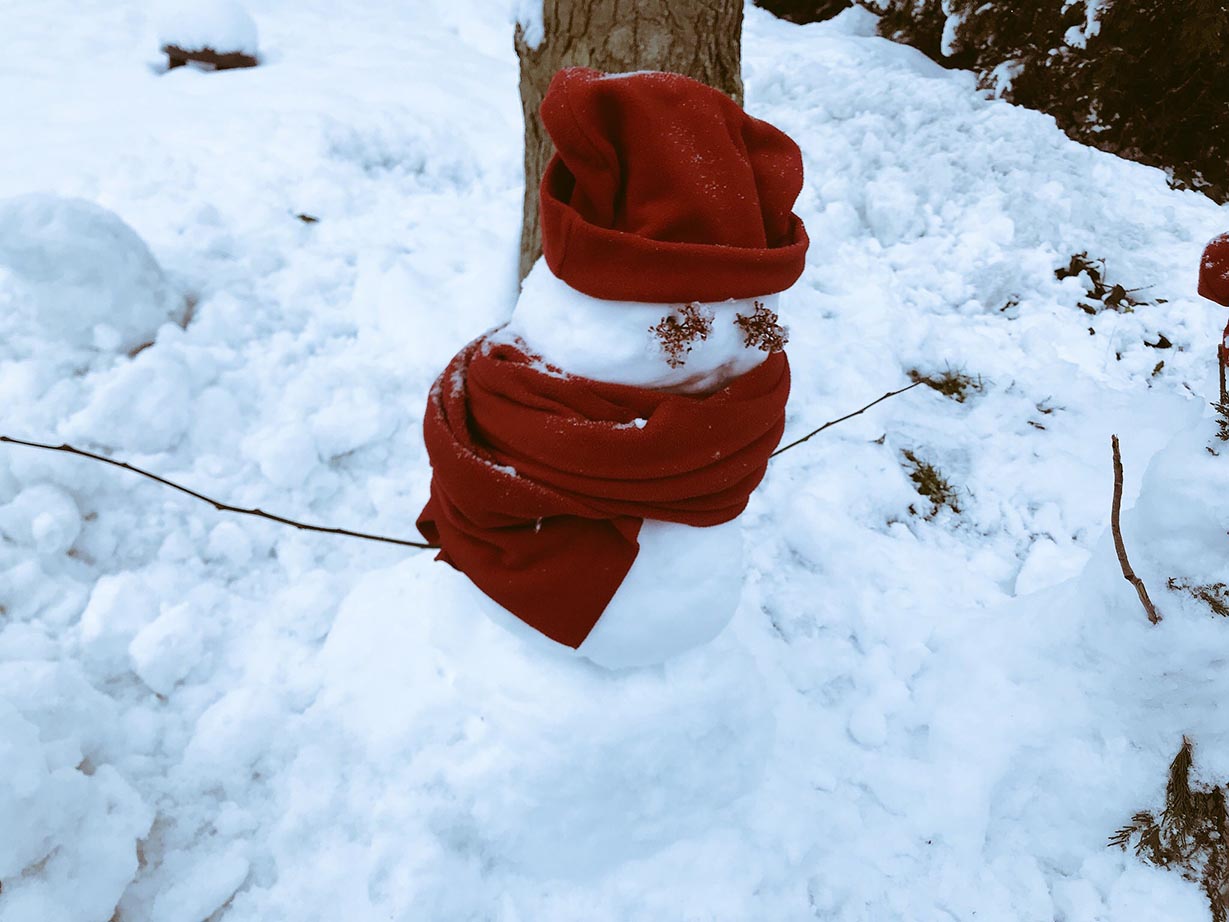 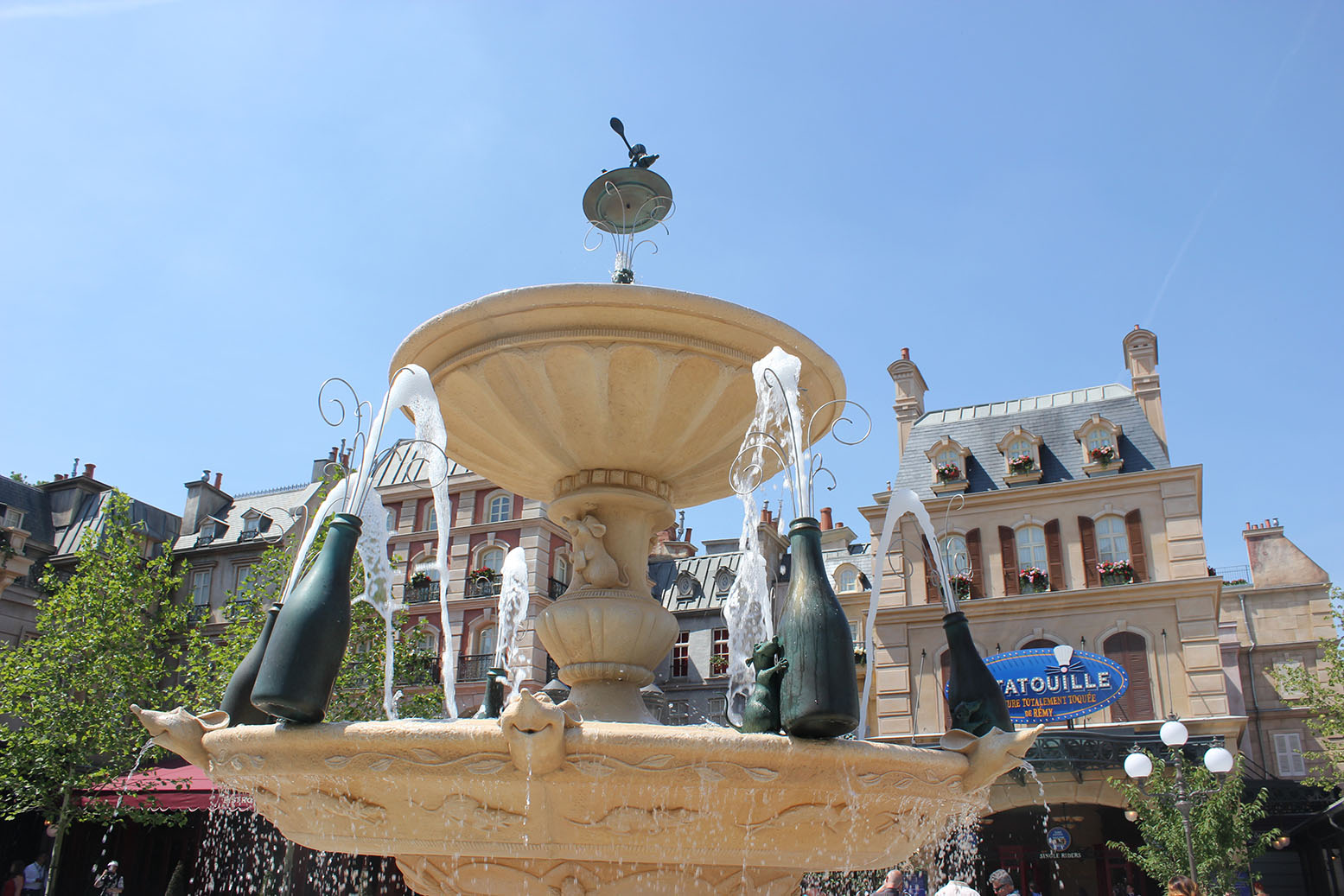 Is it time for a new attraction at Disneyland Paris? 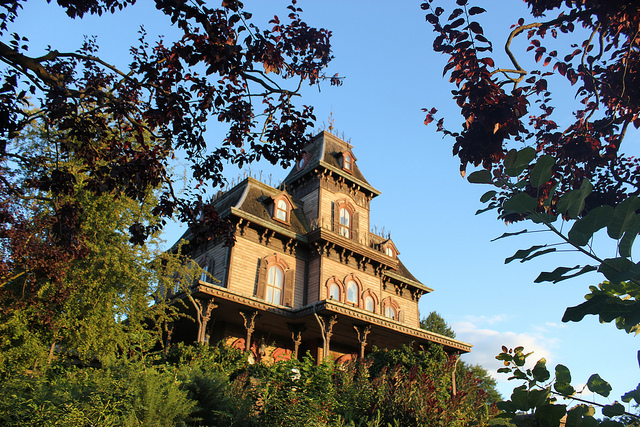 The importance of “Theme integrity”

For many, meeting a Disney character is integral to their experience of a Disney park. There are legions of Disney guests who do not care